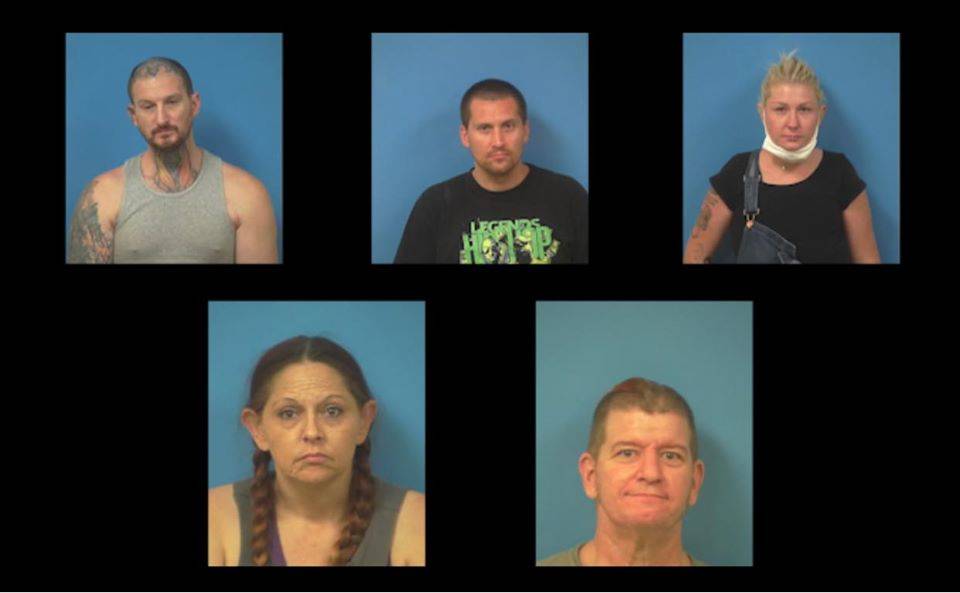 Nye County Sheriff's Office Five people were arrested after a traffic stop led to an investigation in Pahrump. The individuals were from Nye and Clark counties.

A mix of five residents from Clark and Nye counties were arrested after a traffic stop led to an investigation by the Nye County Sheriff’s Office on July 8.

Chad Mikitaroff, 38; Anthony Erb, 36; and Lauren Jordan, 23, were stopped by the sheriff’s office in a red Kia sedan at Gamebird and Homestead roads in Pahrump.

On July 9, a search warrant was executed at a Pahrump residence on Elderberry Street in connection with the sheriff’s office investigation. During the execution of the warrant, two people were arrested for warrants from out-of-state agencies: Nicole White, 43, of Pahrump; and Martin Mattox, 47, of Pahrump, according to the sheriff’s office.

Also, during the execution of the warrant, a search of the residence and vehicles on the property uncovered five confirmed stolen vehicles, heroin, methamphetamine, cocaine and prescription medication, the sheriff’s office said in its release.

“This is an ongoing investigation,” the sheriff’s office said. “Additional charges may result at the conclusion of this investigation.”