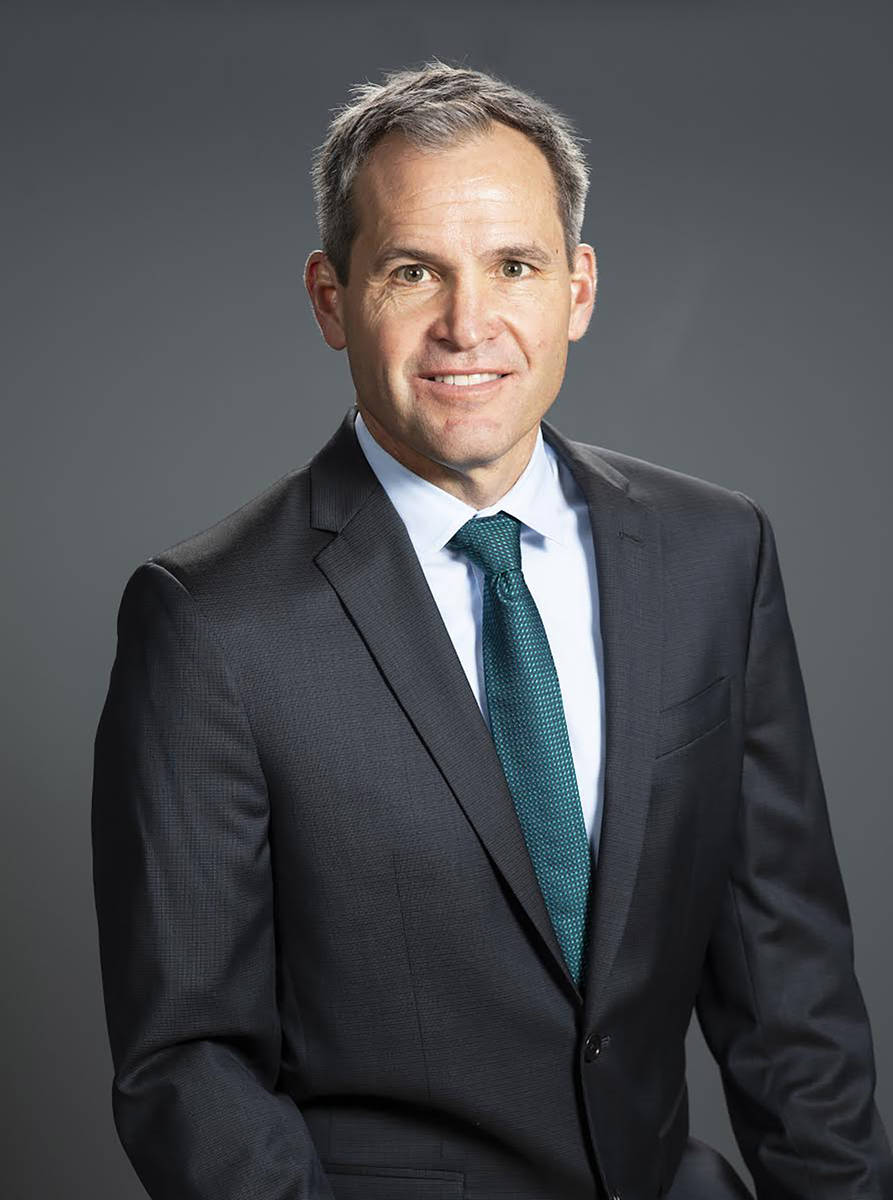 Special to the Pahrump Valley Times Nevada State Engineer Adam Sullivan has been confirmed in that position after serving as acting state engineer for seven months.

“The Nevada Department of Conservation and Natural Resources is excited to announce that Adam Sullivan has been appointed to serve as Nevada’s 24th state engineer and administrator of the department’s Division of Water Resources,” the news release stated. “Sullivan was named acting state engineer in November, 2020, when previous state engineer Tim Wilson retired after 25 years of state service. As state engineer, Sullivan will lead NDWR in its mission to conserve, protect and manage Nevada’s limited water resources for the benefit of current and future generations.”

This marks the third Nevada state engineer the state has seen in the past three years, with longtime engineer Jason King stepping down from the post in January 2019 and Wilson retiring less than two years later.

Sullivan comes to the position will many years of experience with NDWR, for which he had previously served as a deputy administrator.

“Sullivan has worked on all aspects of water resources throughout Nevada for more than 20 years and has been with the NDWR since 2009. Over the years, he has been at the forefront of tackling many of Nevada’s most complex water issues, with a focus on leveraging the best available science to guide responsible water management decisions and actively collaborating with the broad range of stakeholders and communities across the state,” the release detailed. “Under Sullivan’s leadership, the division will continue to proactively address water issues that affect all Nevadans, including increasing demand for limited water resources, floods and prolonged drought, dam safety and sustainment of our wetland and freshwater ecosystems, all within the over-arching context of Nevada’s rapidly growing population and the accelerating impacts of climate change occurring in all corners of Nevada.”

Nevada Governor Steve Sisolak expressed his satisfaction with Sullivan’s appointment as permanent state engineer, remarking, “Adam’s deep knowledge and forward-looking leadership will be instrumental in thoughtfully managing Nevada’s limited water resources in the years ahead. As the driest and one of the fastest growing states in the nation, coupled with the increasing impacts of climate change, including extreme drought, Nevada’s state engineer plays a pivotal role in managing Nevada’s water resources and advancing contemporary water management policies and tools for the benefit of all Nevadans.”

Bradley Crowell, head of the the Nevada Department of Conservation of Natural Resources, which both the NDWR and the state engineer’s office are under, added his optimism as well, stating, “We are very fortunate to have Adam Sullivan lead our Division of Water Resources during this critical and transformative time of water management in Nevada. His leadership will play a vital role in the state’s capacity to manage complex water challenges, while ensuring a vibrant and sustainable water future for all Nevadans. I am confident that Adam will continue to advance progress on the many critical water issues and policies that affect Nevada.”

For more information on the NDWR or the state engineer’s office visit www.water.nv.gov