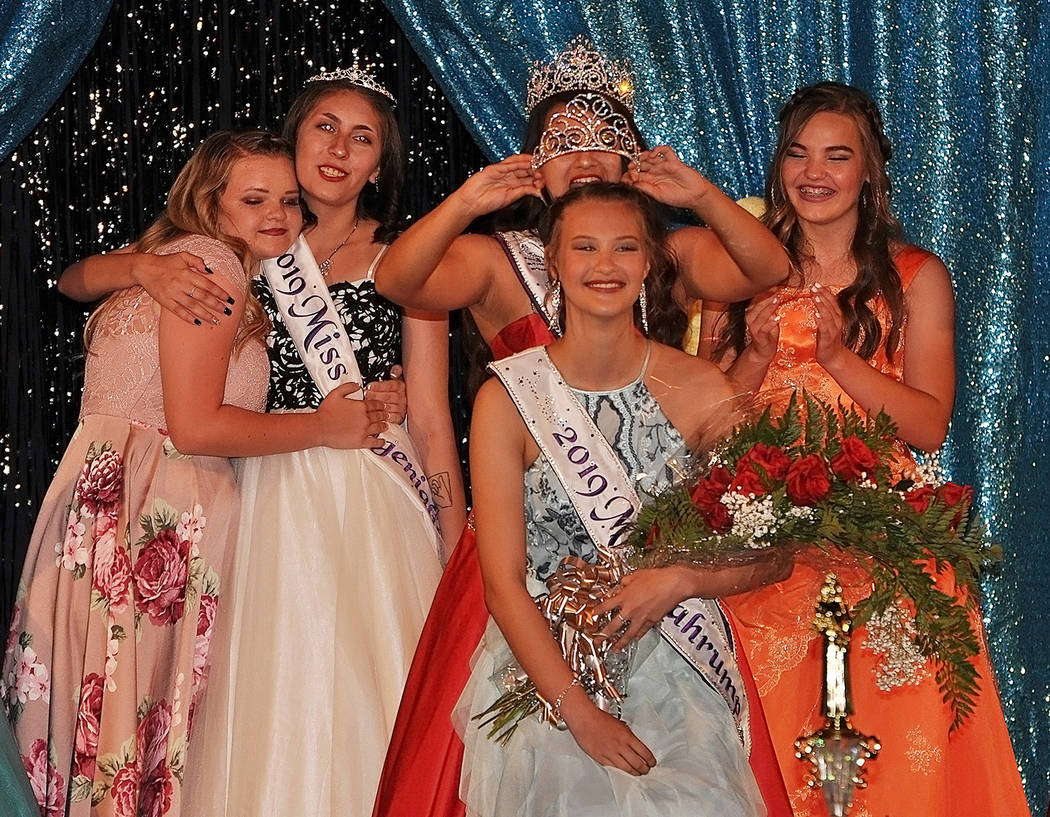 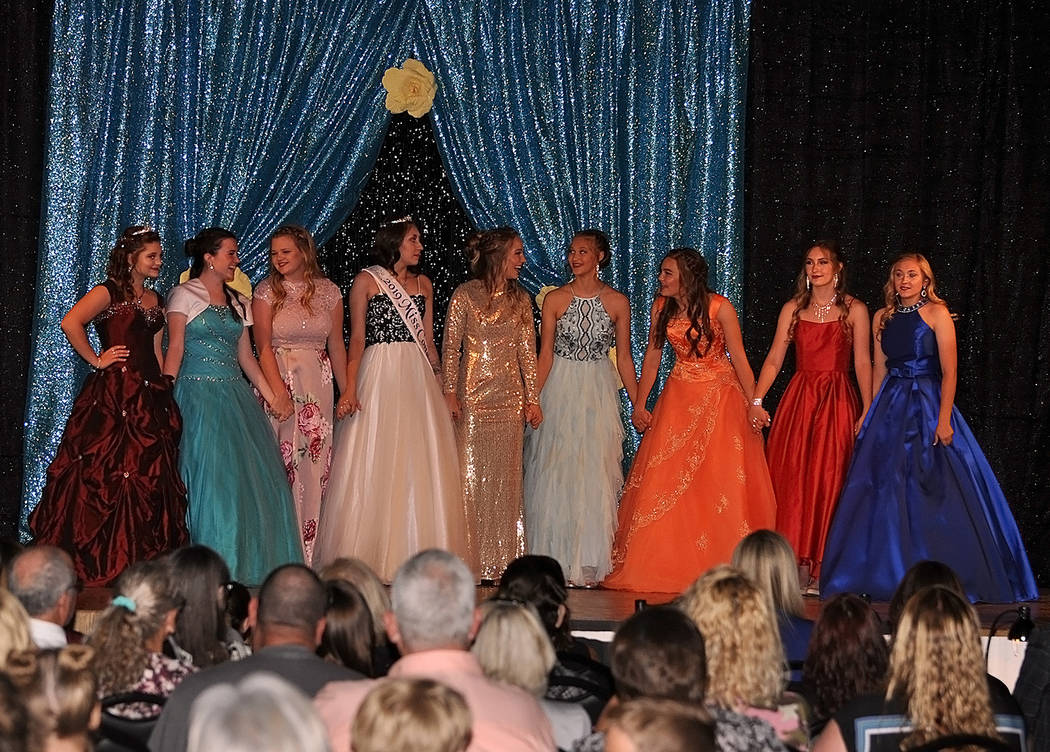 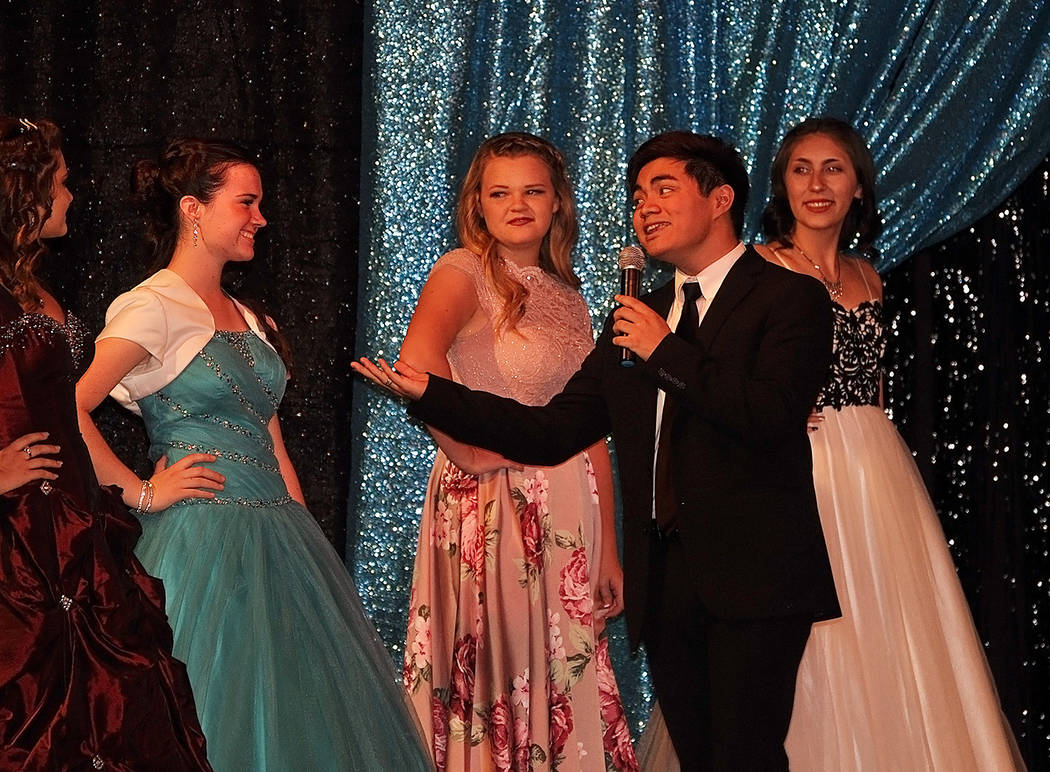 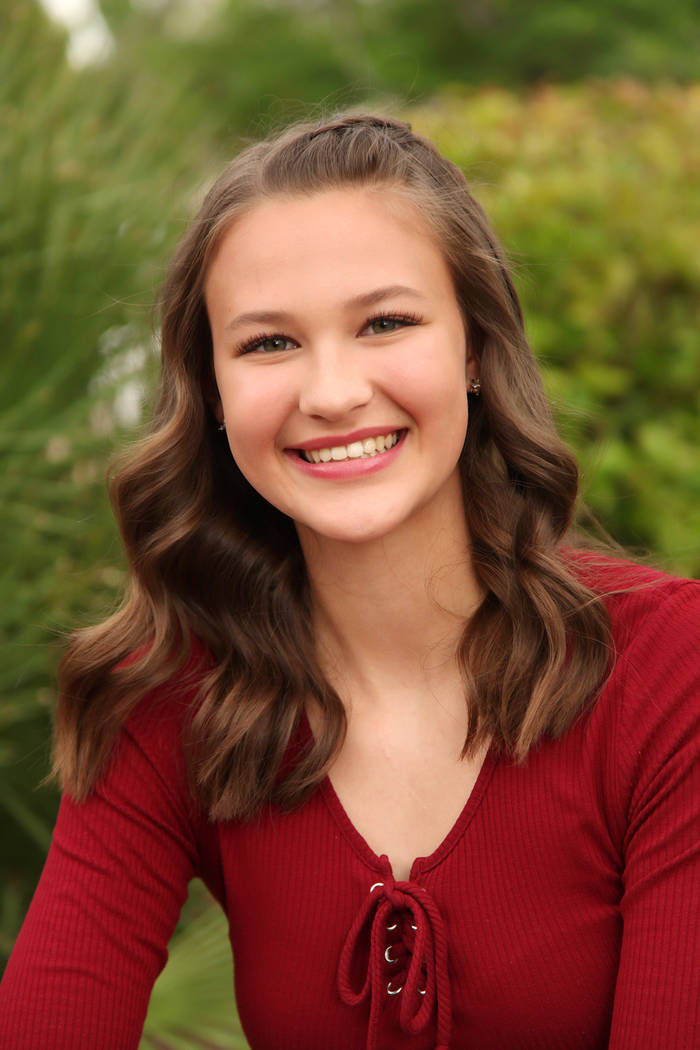 Special to the Pahrump Valley Times Aliya Bolton, the daughter of Michele and Cory Bolton, is 15 and a high school sophomore.

It would seem appropriate that a native Pahrumpian should win the annual Miss Pahrump Pageant, and that’s exactly what happened on Saturday evening inside the Saddle West Showroom, as Aliya Bolton was crowned the 2019 winner.

Bolton, 15, bested a field of eight additional contestants during the 43rd annual event.

Aside from taking the overall competition, Bolton was also victorious in several other categories, including the talent portion, formal wear, and the always nerve-wracking on-stage question.

Regarding the talent portion of the program, Bolton performed a lyrical dance to the song “Keep Holding On,” by Avril Lavigne.

It should be noted that career-wise, Bolton has plans to incorporate music and dancing into her future, if not the field of science.

“I would like to do anything involving dance,” she said. “Maybe a dance choreographer. I’m on the high school dance team. I also play the piano. As far as some of my favorite classes in school, I really enjoy science. My teachers are really awesome. I also like biology and I’m excited about taking chemistry next year.”

Pageant organizer Judy Maughan said she was quite pleased with the attendance on Saturday evening.

She also named the winners of additional categories.

“It was a nice turnout and a great show and I thought the girls did a wonderful job,” she said. “Aliya’s first attendant was Taylor Tillery, and her second attendant was Olivia Sharp. Jenna Hill won Miss Congeniality. The photogenic category was won by Olivia Sharp, and the casual wear category was won by Taylor Tillery. I also want to thank Saddle West, because they have always been wonderful to us. They provide the venue and they have been wonderful sponsors for us. Of course, the Saitta Trudeau dealership is our main sponsor.”

Meanwhile, Bolton, whose community platform was ‘The Body Achieves What The Mind Believes,’ offered up a few words of advice for future Miss Pahrump Pageant contestants.

“I would have to say to be yourself and be super confident,” she said. “You should look at everything in a positive way, or else you just don’t get the fun out of it.”