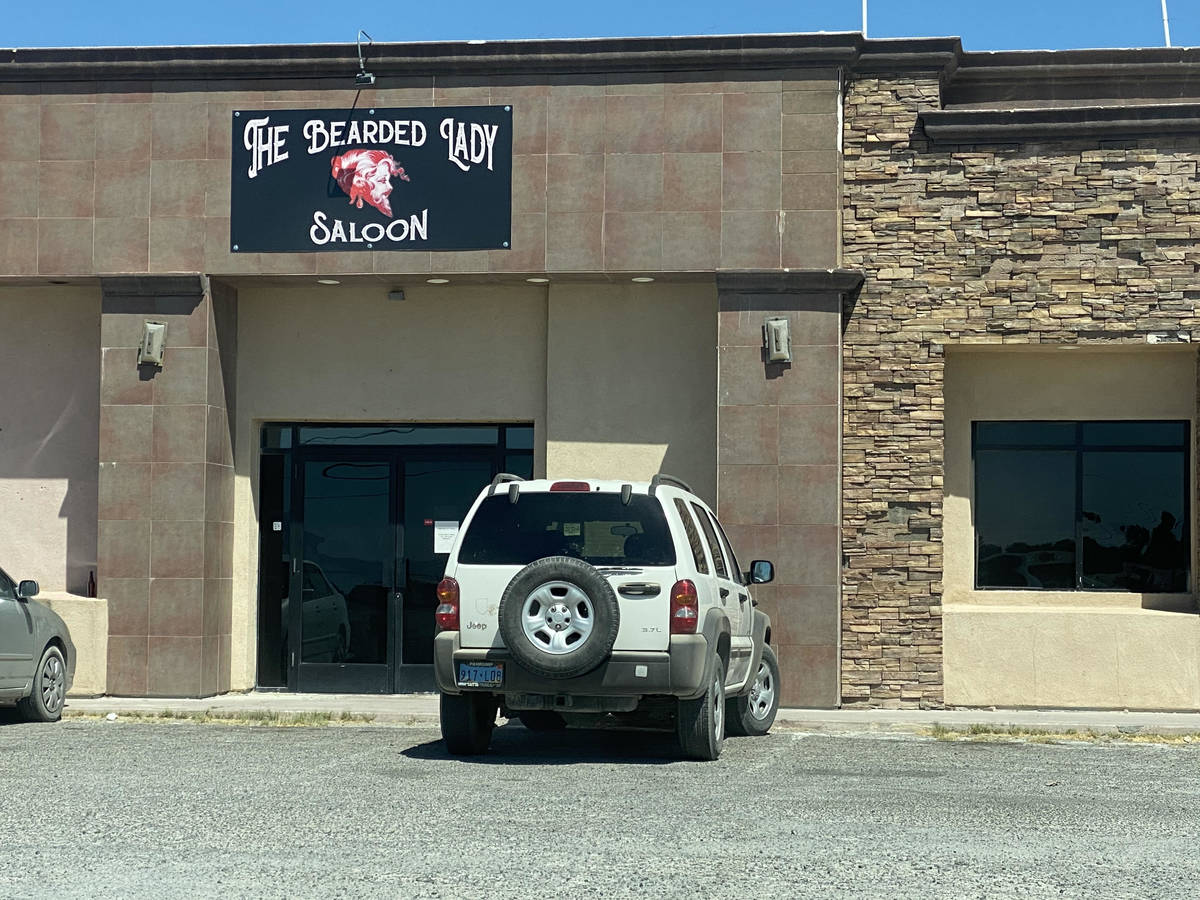 Some area bar owners in Nye County sought shelter from the state mandate’s put in place due to COVID-19 by taking steps to reopen their businesses.

On Sept. 4, Kelli Sater, owner of The Bearded Lady Saloon, obtained a license to serve food at her Pahrump-based saloon. Just six days later, some state restrictions were lifted, and the shuttered bars and taverns were able to reopen.

Sater said she was happy to obtain a license to serve food at the saloon, which she owns with her husband.

“I’m happy with that, I was more than happy to go forward with it,” she said in a Friday interview.

The state’s COVID-19 Mitigation and Management Task Force decided to reopen bars in Washoe and Nye counties on Thursday. Bars in Nye County that didn’t serve food were shut down by the in the first part of July due to COVID-19 restrictions implemented by the state—the second time many bar owners had been closed since the start of the pandemic.

In mid-March, all nonessential businesses were ordered to shut down in the state, including Nye County. On May 29, Gov. Steve Sisolak ordered the start of Phase 2 to allow certain businesses to reopen but with some restrictions.

That was until the July shutdown order came through, which included bars that didn’t serve food; also, bar tops, whether they included gaming or not, were also ordered closed in establishments that already served food. Restrictions on bars outside of Pahrump in Nye County were lifted in August, with Pahrump reopening on Thursday.

Sater has been on a roller coaster ride with her Pahrump venture.

The Bearded Lady owner opened the saloon in December 2019 and ran into some financial hardships with all the recent actions taken by the state.

In recent days, Sater opted to start a GoFundMe page, which she got going just before being approved for a license to serve food and reopen.

“Yes, we still trying to raise money, the GoFundMe raised $1,400 I believe,” she said in a September interview. “We actually got a $500 cash donation at the bar, which was great because the other $5,000 will go towards getting us cut off for the months that we are behind on our bills.”

According to the GoFundMe page on Friday, Sater has raised $1,900.

Sater was also able to apply and got approved under the Coronavirus Aid, Relief, and Economic Security Act, (CARES ACT).

Unlike Sater’s lounge, some other local business shut down completely because they couldn’t survive to the virus’ financial impacts such as Anytime Fitness, which was located next to the Albertsons in Pahrump, at 70 S. Highway 160.

“I am not the only business struggling, I have a friend who owns the same shop here in Pahrump and they actually having to close their doors,” Sater said.

Another local bar also realigned their business just before the state restrictions were lifted. The Phoenix Bar on Loop Road brought in five standalone slot machines this week. The establishment had to close its bar top under the state’s order in July.