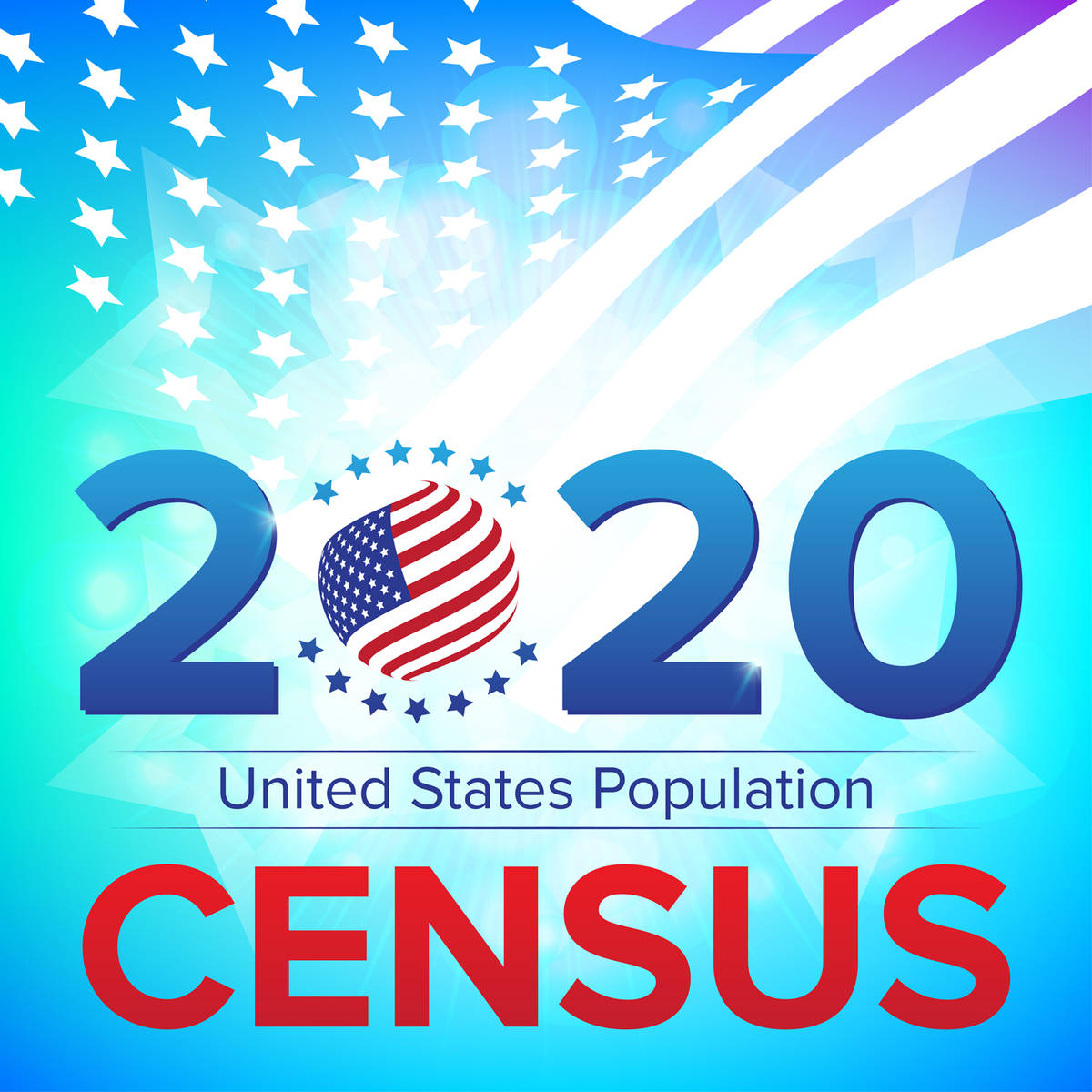 Getty Images Everyone is urged to participate in the 2020 census to ensure a complete and accurate count of the population of the United States.

Today is “Census Day,” and though minds all around America are occupied by concerns regarding the novel coronavirus, the U.S. Census Bureau is continuing its efforts to conduct this constitutionally-mandated decennial process. Census officials are urging everyone residing in the U.S., regardless of citizenship, to make sure they and their families are included in this most important count.

“Despite growing concerns about the public health situation, the census is easier than ever for Nevadans to complete through one of three safe, confidential and quick ways from the comfort of their own homes,” information from census officials states.

The 2020 census can be taken online at www.census.nv.gov as well as by phone at 844-330-2020 or for Spanish speakers, 844-468-2020. The hard copy of the questionnaire that households should have received in March can also be sent back through the mail.

This means residents can continue to “Stay Home for Nevada” while also participating in a process that will have reverberating impacts over the next decade. The 2020 census will determine a number of key factors, including the amount of federal funding Nevada is allotted over the next 10 years.

“The federal funding Nevada gets based on a complete count – more than $67 billion over ten years – affects all of us in our daily lives,” Kerry Durmick, Nevada census 2020 statewide coordinator, said. “Things like Medicaid, Medicare, nutrition and transportation services for seniors, the federal Pell Grant program, career and technical education grants, and highway construction funds benefit all Nevadans.”

Aside from the financial aspect of the 2020 census, the data collected will also be used for political purposes. Based on shifting population counts, the number of U.S. House of Representative seats each state receives will be determined, as will the new boundaries of legislative districts within individual states.

April 30 is the deadline for people to self-respond to the 2020 census. If residents wish to avoid a knock on their door later in the year from a census worker, they should keep the April 30 date in mind and make certain they have responded to the census before that date. Otherwise, a census taker will likely show up to collect their data, all in an attempt to ensure a complete and accurate count.

According to information on the Nevada Census website, Nye County had seen a self-response rate of just over 24 percent of the expected total population as of Tuesday, March 31. The remaining 76 percent of Nye County residents had yet to respond and are encouraged to do so before the April 30 deadline.

Representatives stated that the coronavirus has prompted the U.S. Census Bureau to delay its deployment of door-to-door census-takers, known as enumerators, until the end of May rather than starting that process earlier in the month. Enumerators are now scheduled to conduct interviews with homes that have not responded to the census from May 27 to August 14.

The 2020 census questionnaire is a series of 12 queries regarding basic information about the respondent and their household. Questions such as the number of people living at the given location, what type of residence is at that location, a telephone number, the names, ages, sex and race of those living at that location and how those people are related are what census respondents can expect to see.

There is no citizenship question on the 2020 census and there are several other questions that the census will not ask, including details about social security numbers or bank and credit card accounts, requests for money or donations or anything to do with a political party.

“If someone claiming to be from the Census Bureau contacts you via email or phone and asks you for one of these things, it’s a scam and you should not cooperate,” the 2020 census website details.

To help ease concerns about the privacy of the data collected, the U.S. Census Bureau has emphasized and reiterated many times that the information gathered is confidential. By law, the Census Bureau is barred from sharing individual data with agencies such as the FBI or ICE.

“Your responses are compiled with information from other homes to produce statistics, which never identify your home or any person in your home,” the census website states. “The U.S. Census Bureau is bound by law to protect your answers and keep them strictly confidential. In fact, every employee takes an oath to protect your personal information for life.”

Anyone found to violate this law is subject to federal charges which are punishable by prison time and/or a fine of up to $250,000.

Reminder letters are currently making their way to homes with instructions on how to fill out the census. If anyone has not received census information by today, they are asked to call the Census Bureau at 844-330-2020 or for Spanish callers, 844-468-2020.