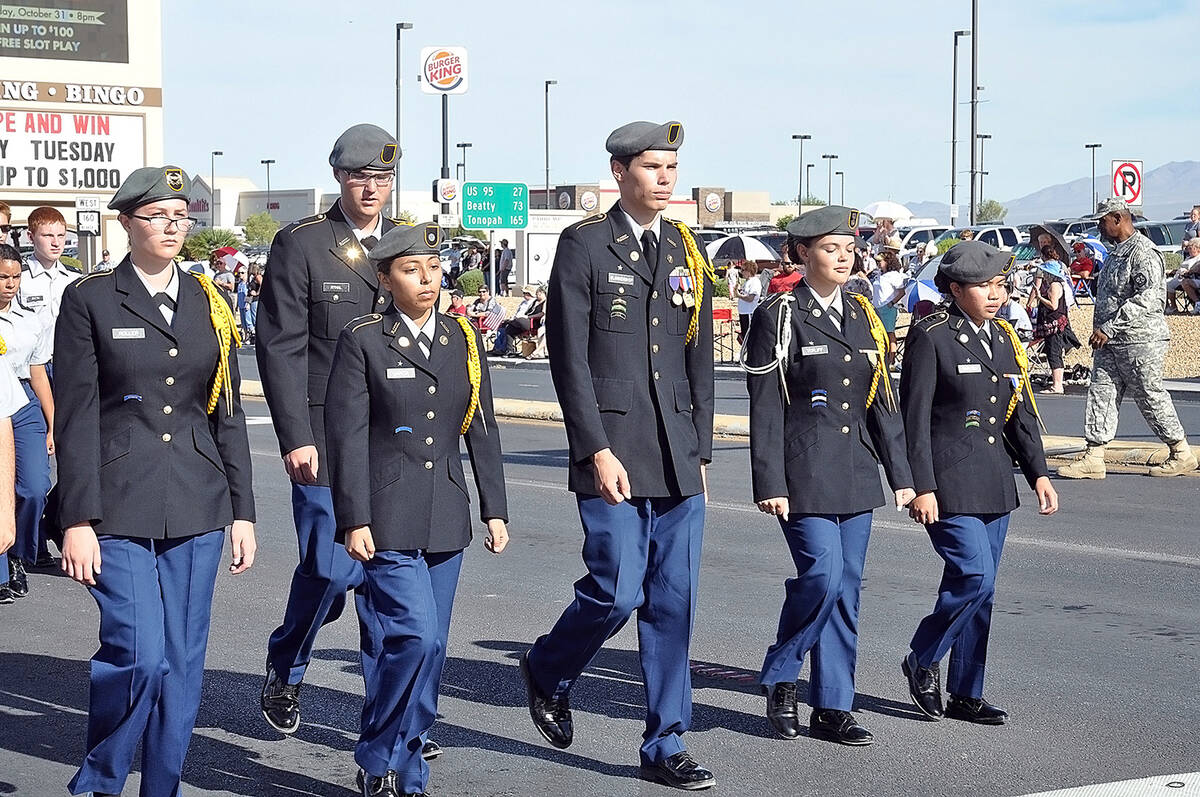 The U.S. Army is offering up to $50,000 in enlistment incentives — the largest bonus ever for new recruits.

It’s a strong incentive for Pahrump Valley High School students enrolled in the JROTC program to enlist in the Army following their graduation.

The money is available to qualified individuals who sign on for a six-year active-duty enlistment, according to the U.S. Army Recruiting Command, and based on a number of other factors.

In the past, enlistment incentives for full-time soldiers could not exceed $40,000.

Maj. Gen. Kevin Vereen, who leads the Fort Knox, Kentucky-based U.S. Army Recruiting Command said the Army is competing for the same talent as the other services as well as the private sector and must have the ability to generate interest in this employment environment.

Its main mission is to fill full- and part-time vacancies in about 150 different career fields in the Army and its Reserves branch.

“This is an opportunity to entice folks to consider the Army,” said Brig. Gen. John Cushing, who serves as the deputy commanding general for operations at the recruiting command. “We’ve taken a look at the critical (military occupational specialties) we need to fill in order to maintain the training bases, and that is where we place a lot of our emphasis.”

The career-based incentives range from $1,000 up to $40,000 for select occupations the Army needs to fill.

“These range from some of the most well-known Army careers, like infantry and special forces, to occupations like radar repairers, signal support systems specialists and motor transport operators,” Army officials said. “Aside from the career-based bonuses, there are ‘quick ship’ bonuses for those who are prepared to head to Basic Combat Training within 90 days.”These incentives range from $2,000 to $9,000

“The sooner an individual ships, the higher the dollar amount.”

There are additional incentives for signing up for Airborne or Ranger schools —opting to jump from airplanes can get a recruit $10,000, while those who become a qualified ranger can earn up to $20,000.

As part of the Army Civilian Acquired Skills Program, foreign language skills can be worth up to $40,000 for certain career paths.

Vereen said that while there has always been a keen satisfaction that comes from serving, the Army is making the incentives available to ensure it has a robust force now and into the future.

“We want to promote the value in serving your country, but at the same time, we’re not oblivious to the compensation piece,” he said. In addition to the monetary incentives, Vereen said there are other options that may make the Army more attractive in the current employment environment: enlistees can choose where they are stationed and opt for shorter, two-year contracts.

“We know this generation likes to have the opportunity to make their own decisions, so now they can choose where they want to be assigned after training that we didn’t have that last year,” Vereen said. “We also have opened two-year enlistments for 84 different career fields. Many people are apprehensive about long-term commitments right now, so we think having a shorter option will help give them some time to see if the Army fits their life and goals.”

Individuals can learn more about the recruitment incentive and other Army career options and the benefits of military service here.