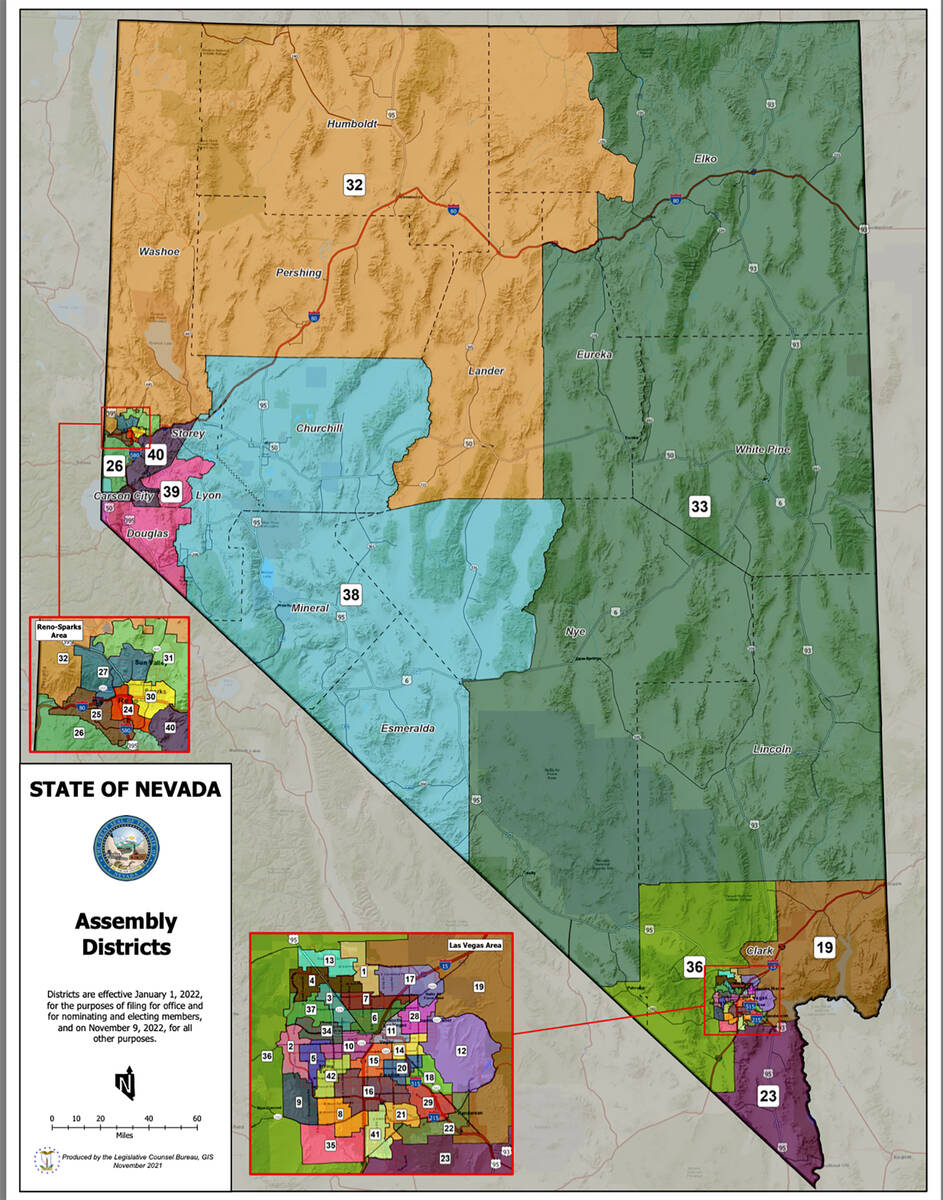 Special to the Pahrump Valley Times Provided on the Nevada Legislature's website, this photo shows the newly approved Nevada Assembly Districts map, which many conservatives are asserting is a clear case of gerrymandering. Nevada Assembly Greg Hafen II has file a lawsuit aimed at forcing the state to reconsider the redistricting boundaries. 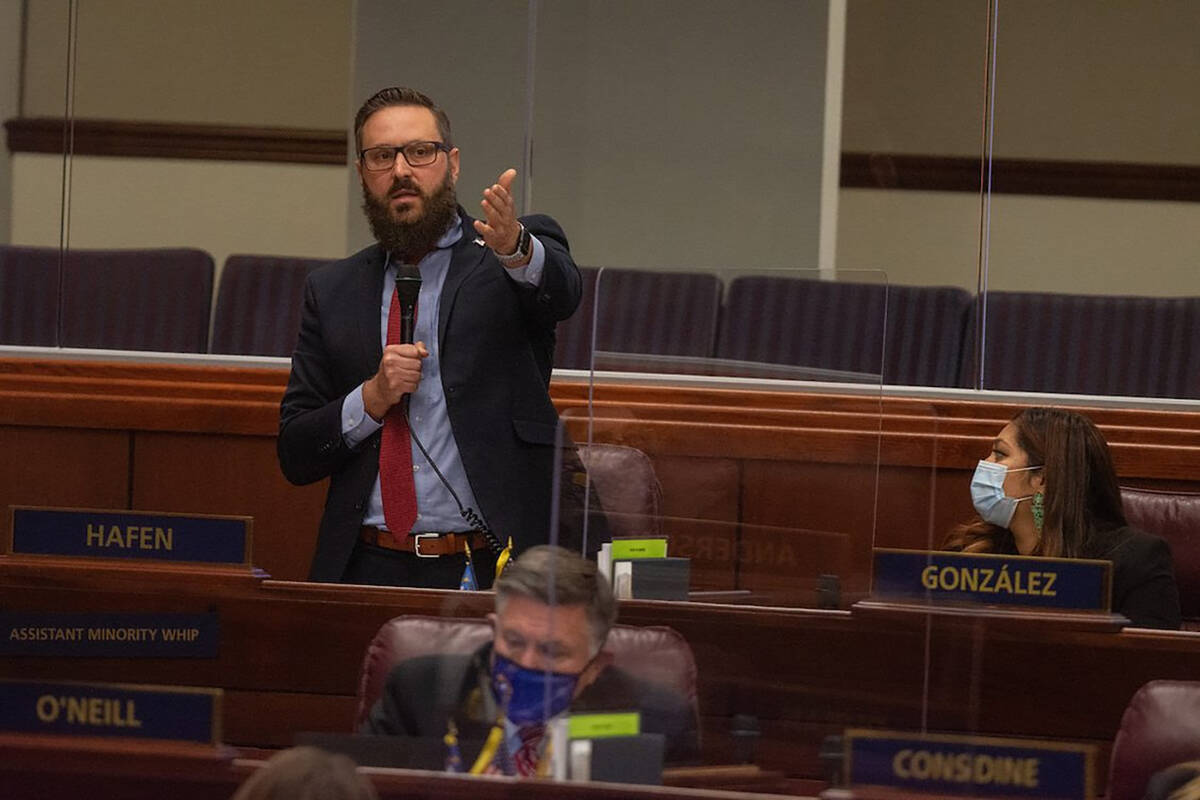 Special to the Pahrump Valley Times Nevada Assemblyman Greg Hafen II is pictured speaking before the Nevada Legislature during the 33rd Special Session, during which the new Nevada legislative boundaries were approved.

It’s a move that has many locals fuming but two have decided to do more than just gripe about the changes. Nevada Assemblyman Greg Hafen II, of district 36, and former Nye County Commissioner John Koenig, have filed a joint lawsuit against the state in an effort to force a reconsideration of the new legislative district boundaries.

“Pahrump, Nye County and the state of Nevada deserve better political boundaries than what Democrats drew up in the 33rd Special Session,” Hafen stated of the lawsuit. “They have split our county up into three districts and split my community of Pahrump up in a way that ties it to Elko and outlying areas of Las Vegas. Instead of our town and its many unique interests, including complex water matters, being represented locally, it now stands to be represented more by voices from Las Vegas and Elko.”

“How many of these core principles were followed when drawing these maps?” Hafen queried. “I believe that Democrats have violated every single one of these principles.”

Hafen has asserted that the way the redistricting was done gives Democrats a decisive edge when its comes to future elections and some political analysts agree that there is a definite sense of gerrymandering present in the new legislative districts that have been created.

“SB 1 (Senate Bill 1) not only divided Pahrump and Nye County but also gerrymandered Reno, Washoe, Elko, Lincoln, Latino communities and tribal communities of the Reno/Sparks Indian Colony, the Pyramid Lake Paiute Reservation, the Timbi-Sha Shoshone Reservation, the Steward Community and the Washoe Ranches Land Trust in the state legislative maps, with one goal in mind, to create super majorities in both houses for Democrats,” Hafen asserted. “Politically engineered lines should not be the basis of vital representation for the next decade. SB 1 diluted the voices of voters in Pahrump, Nye County and the state of Nevada in order to amplify the political power of the majority party.”

Filed just one day after the state passed Senate Bill 1, Hafen and Koenig’s lawsuit names both the state of Nevada and Nevada Secretary of State Barbara Cegavske as defendants. It was filed with the First Judicial District Court under case No. 21OC001661B.

According to the redistricting maps provided on the Nevada Legislature’s website, Nye County’s congressional district has not changed at all, with the county still contained entirely within Congressional District 4.

Those interested in reviewing the redistricting maps as approved by the Legislature on Nov. 16 can visit bit.ly/3Ifpunl.