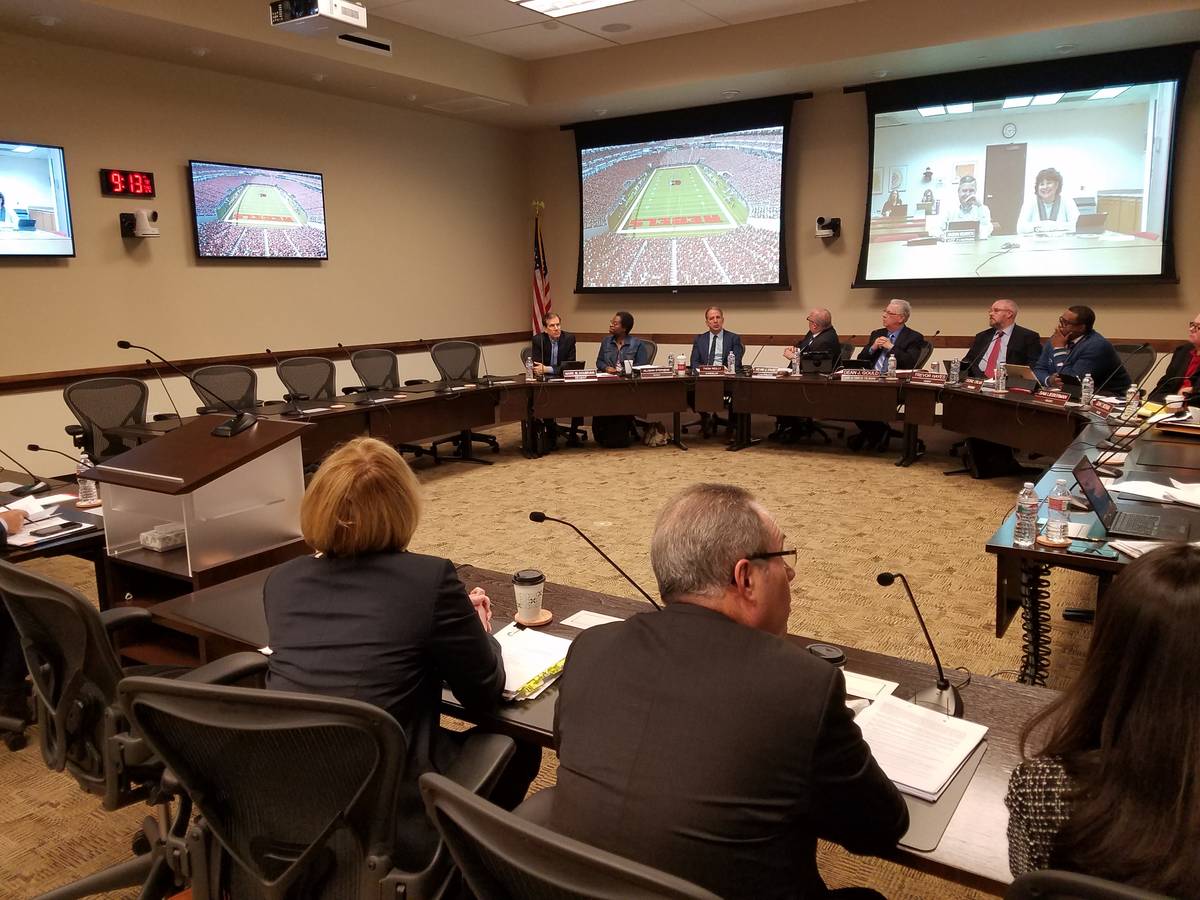 The Nevada Board of Regents is the subject of Nevada Statewide Ballot Question 1, which calls for the board to be removed from the Nevada State Constitution. Richard N. Velotta/Las Vegas Review-Journal @RickVelotta

At its heart, Question 1 simply restores the basic American principle of checks and balances to Nevada government. Unlike every other agency, Nevada law prevents the people’s branch of government from holding the higher education bureaucracy and the Board of Regents accountable. Time and time again, even when we had bipartisan consensus, the Board of Regents could not be held accountable. This status quo has resulted in years of government waste, mismanagement, and lawsuits. While it will restore accountability, oversight, and transparency, Question 1 will not change the day-to-day operations of higher education. Nevada law will still require that the Board of Regents be elected and administer higher education, but it will provide accountability and transparency through independent oversight.

Sadly, the higher education bureaucracy’s budget, one that is larger than some of our colleges, and hefty expenditures have not paid off for our state. Even though Nevada spends $1 billion per biennium on higher education, placing it 16th nationally in per-student funding, we rank just 46th in student attainment. Additionally, graduation rates at all of Nevada’s colleges are below the national average. And our inability to attract and keep top-rated leadership has burdened the state with millions in salaries for system executives, who stay for only a few years and leave with golden parachutes in extravagant, taxpayer-funded severance packages. This continual leadership turnover has cost the system the confidence of the business and philanthropic communities, burdening our institutions with fewer resources and fewer private-public partnership opportunities for our students.

Nevada deserves better than the status quo: Nevada deserves an accountable higher education bureaucracy and Board of Regents. With a “Yes” vote on Question 1, Nevada will be able to truly focus on the priorities of higher education in our state: serving students, economic diversification, creating a 21st century workforce, and advancing the pursuit of knowledge. That is why as former state legislators from both parties, we are joining with community leaders, business associations and executives, organized labor, Nevadans from every corner of our state, and higher education professionals in urging all Nevadans to vote “Yes” on Ballot Question 1, the Nevada Higher Education Reform, Accountability, and Oversight Amendment. For more information, please visit http://www.yeson1forhighereducation.com