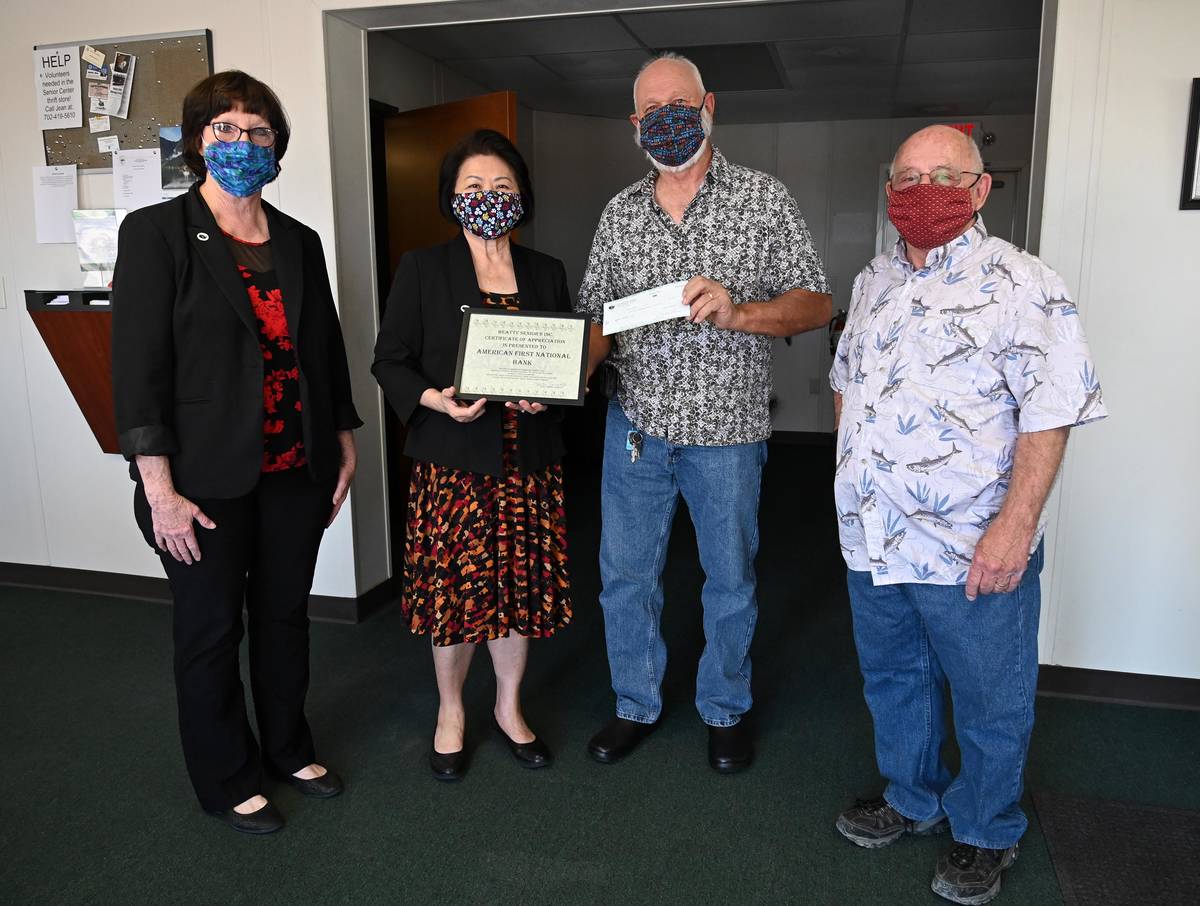 Richard Stephens/Special to the Pahrump Valley Times Beatty Seniors, Inc. has received a $2,000 grant from American First National Bank for its efforts to help seniors in the Beatty area.

Beatty Seniors, Inc., has followed the example of the Amargosa Seniors in becoming independent of government-run programs, seeking to have more direct local control of senior center operations.

The Beatty Senior Center is currently closed, but Beatty Seniors, Inc. is looking to enter into a lease and operational agreement with the county for use of the building. This would be like the arrangement Amargosa Seniors already have for the use of the senior center there.

The Beatty Town Advisory Board has also agreed for the town to cover the Senior Center’s utilities for an initial period once the organization is able to reopen it.

Beatty Seniors has been gathering donations from individuals and businesses to help them get on good financial footing. They have encouraged people to choose them as the recipient charity to receive a small percentage from purchases on Amazon and at Smith’s.

They also are operating a thrift store, Thursday through Saturday mornings from the storage building behind the Beatty Senior Center.

The organization’s treasurer, Patti Butler, says they have a “grand plan of things to do to be a social center for our seniors,” and to provide hot lunches, and educational and recreational opportunities.

Richard Stephens is a freelance reporter living in Beatty. He is also president of the board of directors of Goldwell Open Air Museum.