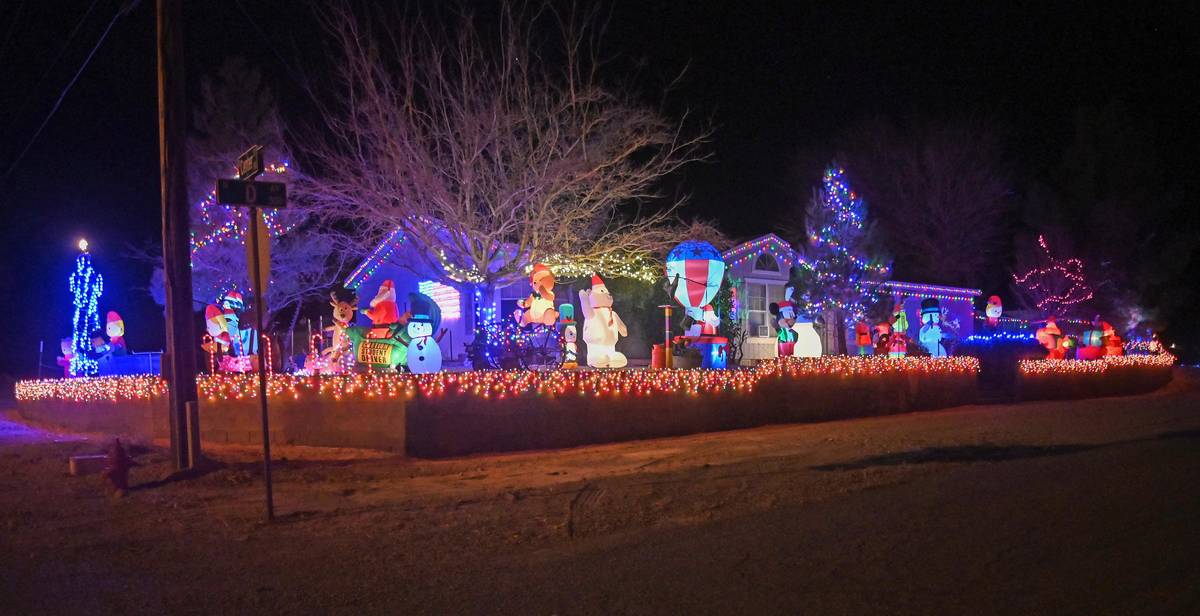 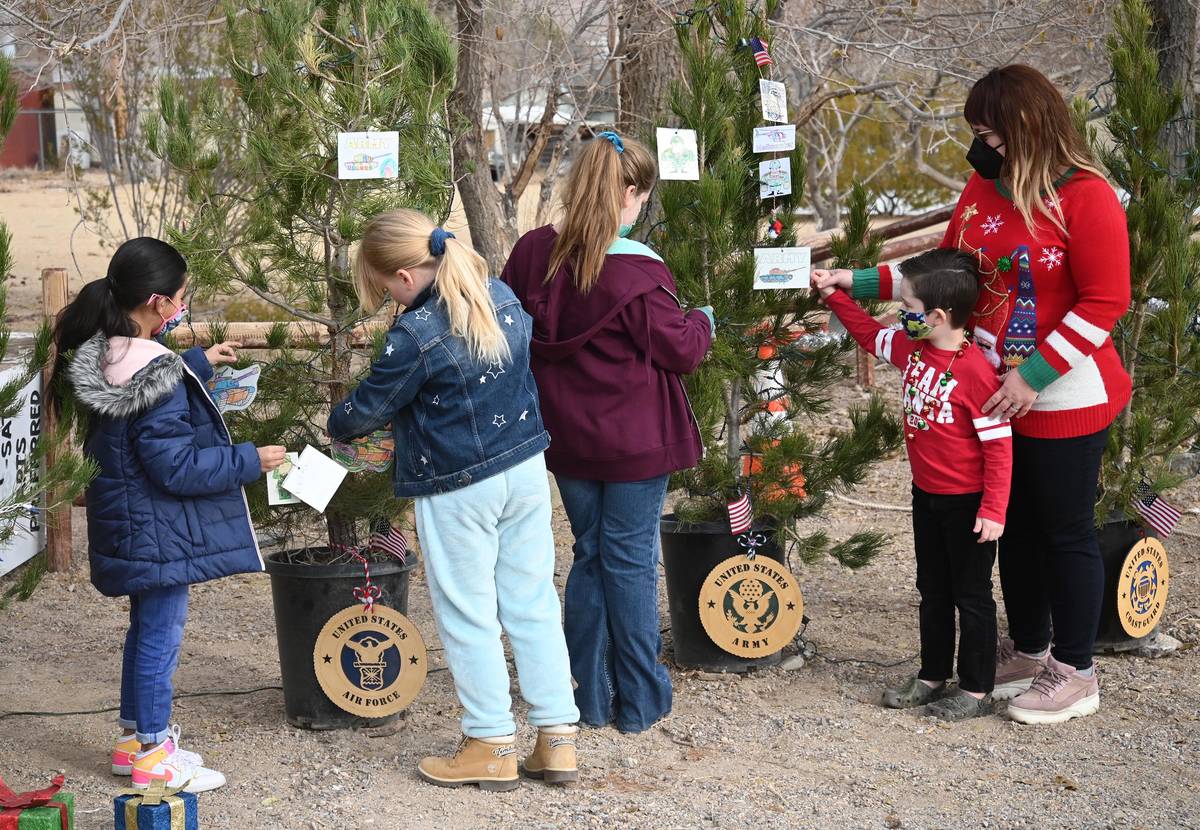 Richard Stephens/Special to the Pahrump Valley Times The VFW Post in Beatty distributed military coloring images to Beatty elementary students and supplied crayons, glue sticks, and other supplies so that the kids could turn them into ornaments, which were then laminated. 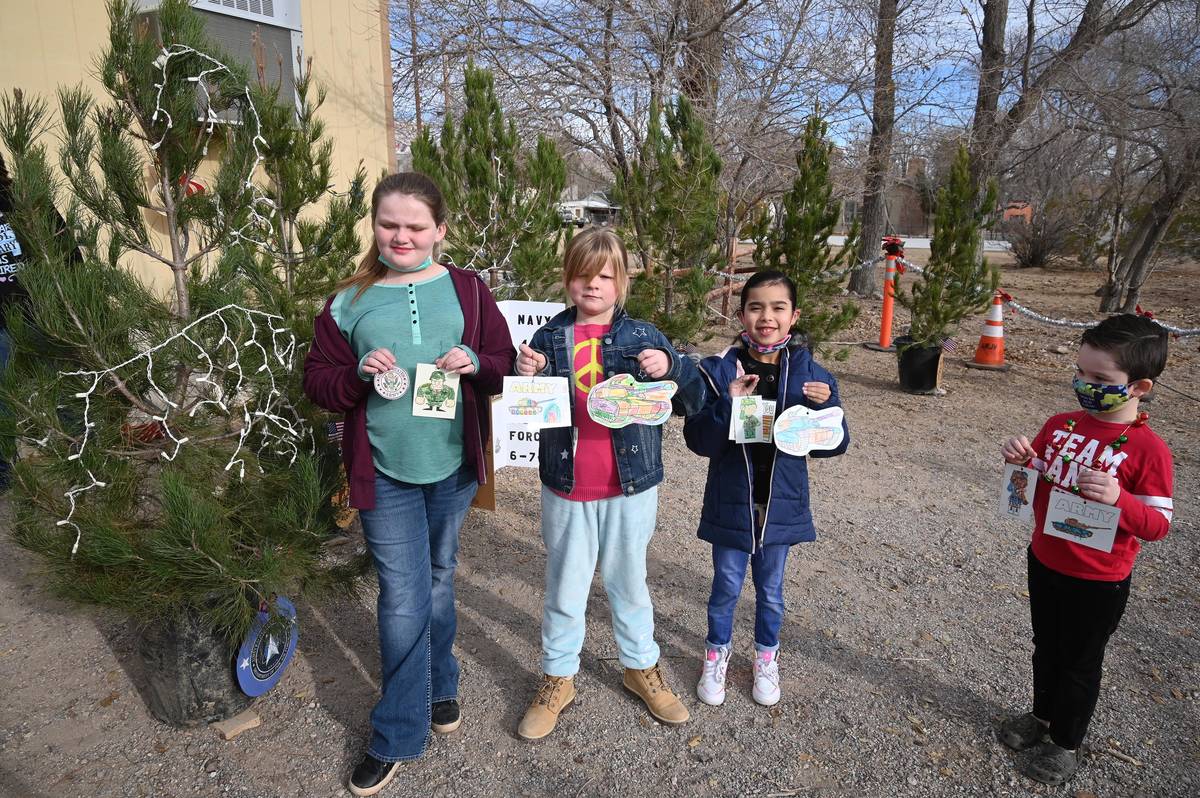 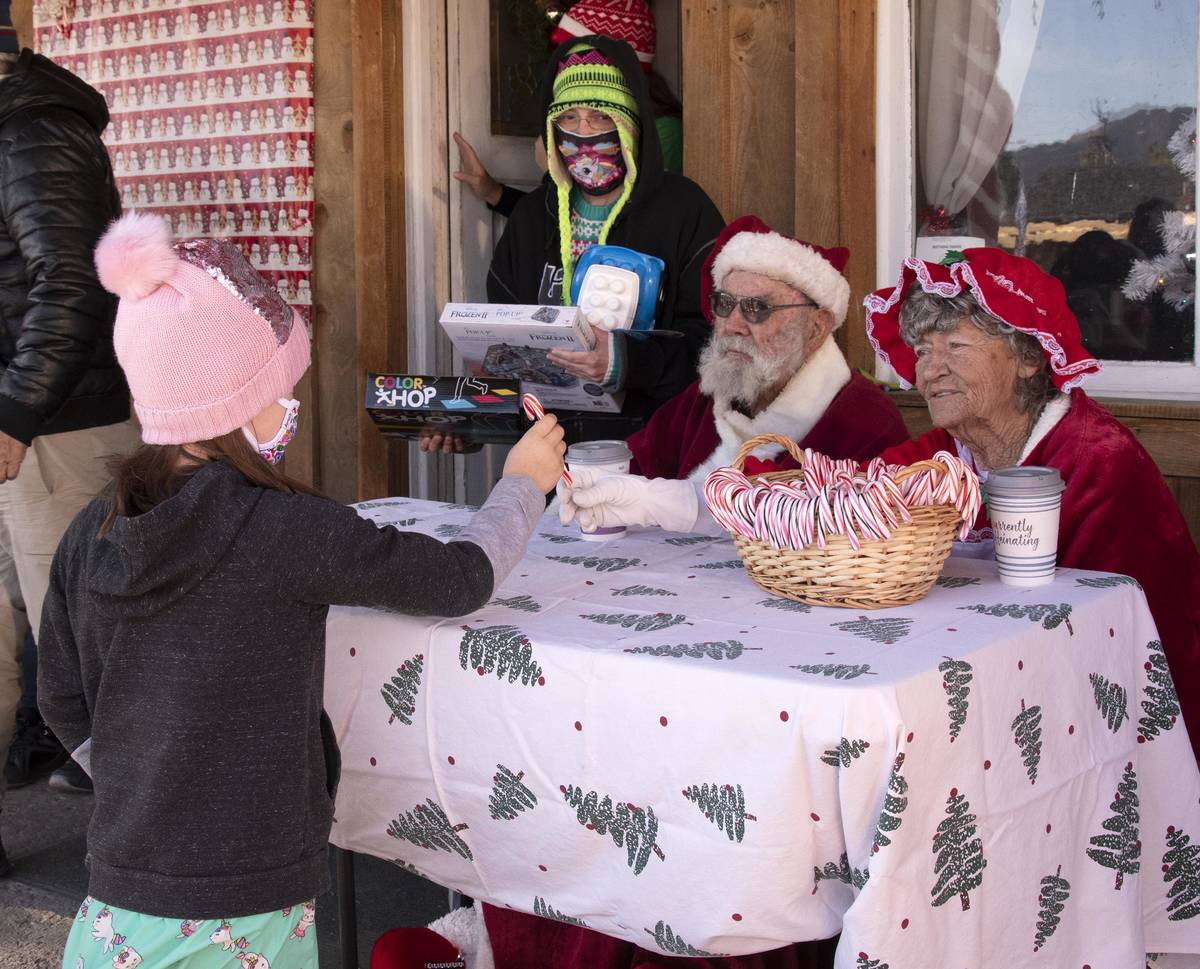 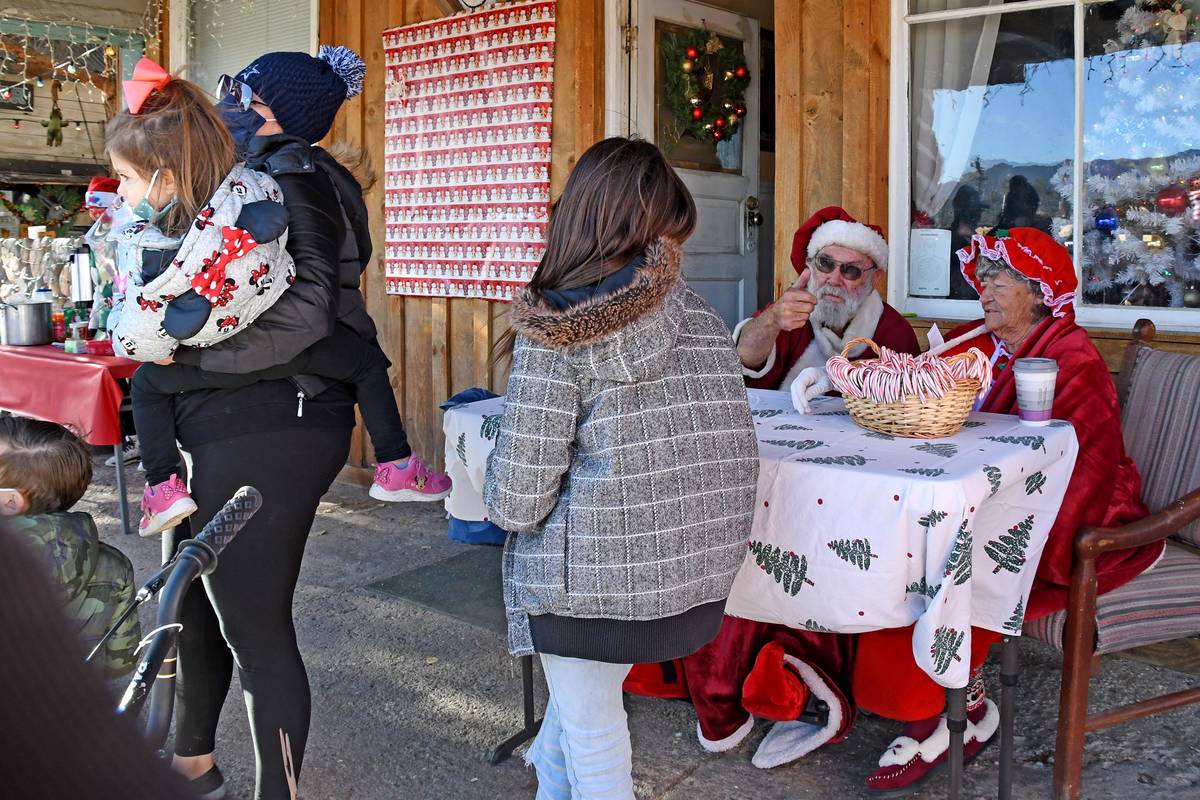 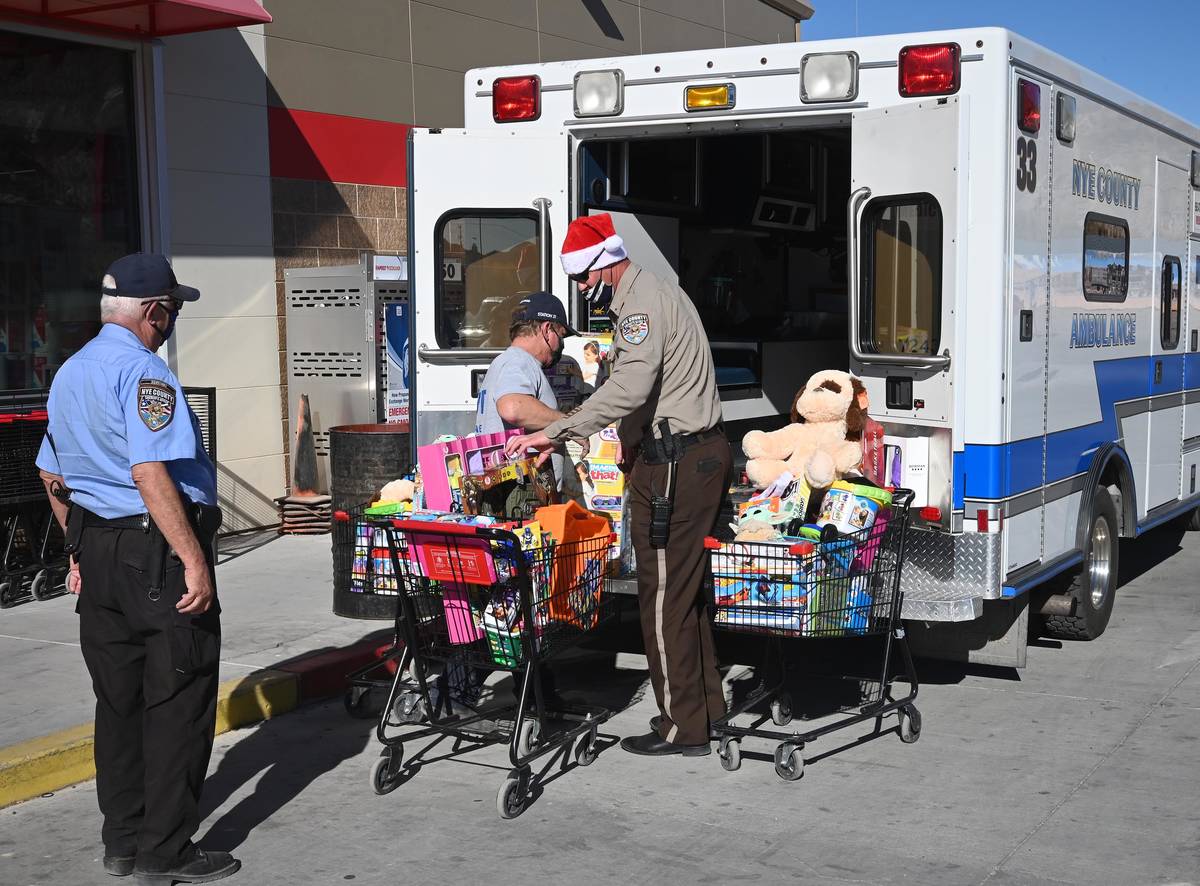 Richard Stephens/Special to the Pahrump Valley Times The Beatty Volunteer Fire Department and the Nye County Sheriff’s held a toy drive at the Beatty Family Dollar Store on Dec. 5.

COVID-19 may have altered some of Beatty’s Christmas plans this year, but it did little to dampen the town’s Christmas spirit.

The Beatty Volunteer Fire Department and the Nye County Sheriff’s Office helped prepare for visits by Beatty’s traditional Santa by holding a successful toy drive at the Beatty Family Dollar Store on Dec. 5. Those toys were earmarked to be distributed by Santa, with any remaining going to the town’s Angel Tree.

Santa and Mrs. Claus held their annual reception in front of the Happy Burro on Saturday, Dec. 12. Each child received a toy and a dollar coin, and kids and parents alike were treated to cookies and hot cocoa, served by some of Santa’s elves.

This year attendees were encouraged to wear masks and social distance, and Mr. and Mrs. Claus were separated from the children by a table. The event drew a much smaller crowd this year, but much of that could be attributed to the fact that a strong, cold wind was blowing out of the north that day.

Normally, Santa’s second visit, hosted by the Fire Department, is held in the large room of the Community Center, and the town’s pride, their antique fire truck. is decorated and used as a backdrop. Capacity restrictions made this impossible this year, so that visit with Santa, on Saturday, Dec. 19, was moved outdoors to the town park.

The VFW Post in Beatty distributed military coloring images to Beatty elementary students and supplied crayons, glue sticks, and other supplies so that the kids could turn them into ornaments, which were then laminated.

The children were then able to hang their ornaments on small Christmas trees in front of the VFW Auxiliary Post. Each branch of the military—Army, Air Force, Navy, Marines, Coast Guard, and Space Force—was represented by a tree. Of course the light poles along downtown portions of Highway 95 and Main Street were decorated with garlands and lighted ornaments.

The Town Square park also got lighted garlands along the fence, and there were plenty of lights and decorations on businesses and residences.