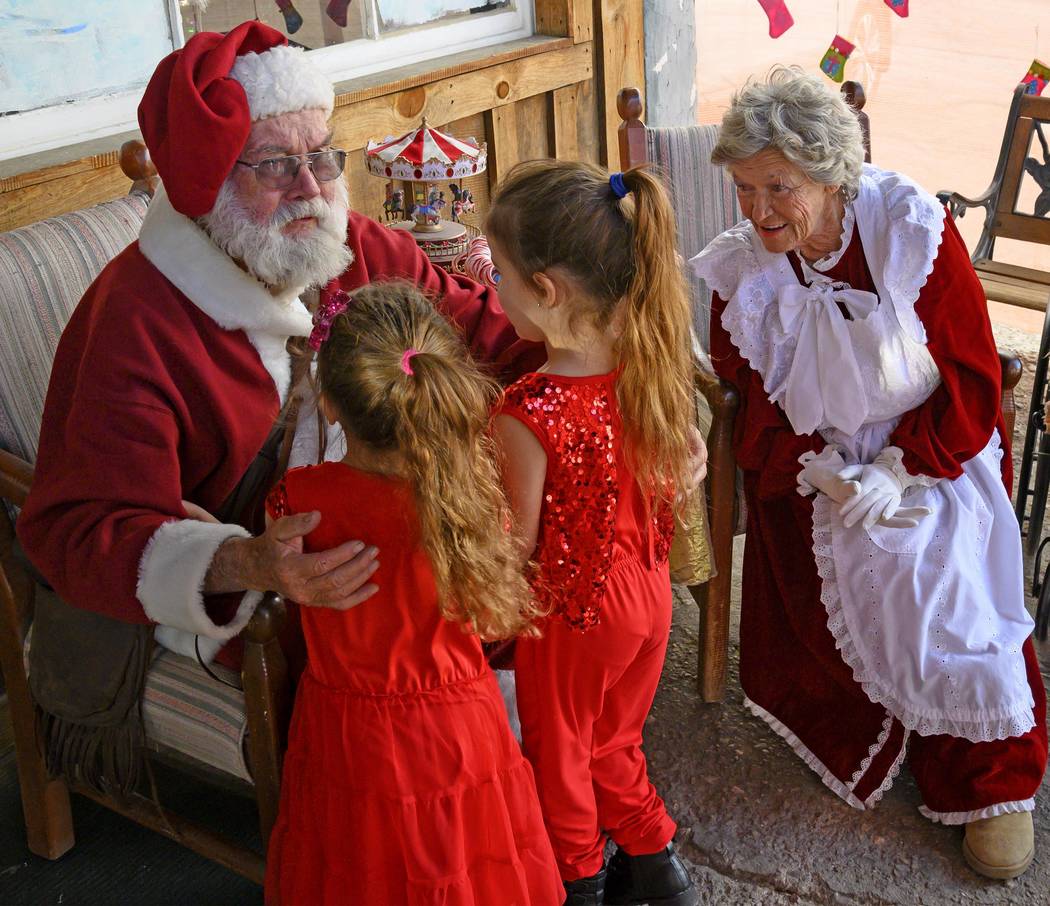 Richard Stephens/Special to the Pahrump Valley Times Santa’s visits to Beatty are kicked off with a meet and greet with Mr. and Mrs. Claus at the Happy Burro, where each child receives a gift and a dollar coin. 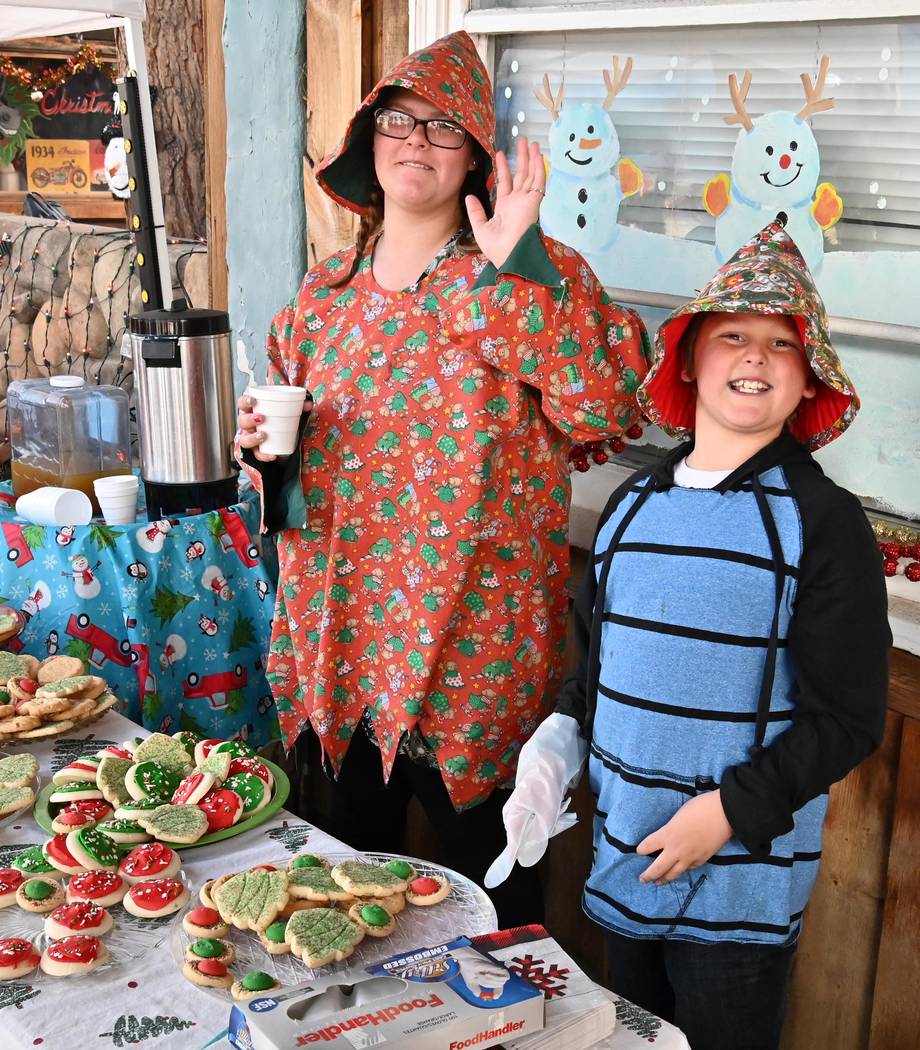 Richard Stephens/Special to the Pahrump Valley Times During the meet and greet with Mr. and Mrs. Claus at the Happy Burro, everyone enjoys Christmas cookies and hot chocolate, with the assistance of some elves.

Richard Stephens/Special to the Pahrump Valley Times This year first place in the residential contest went to Eddie Huffman and Mary Parker, at 1050 Knight Ave. 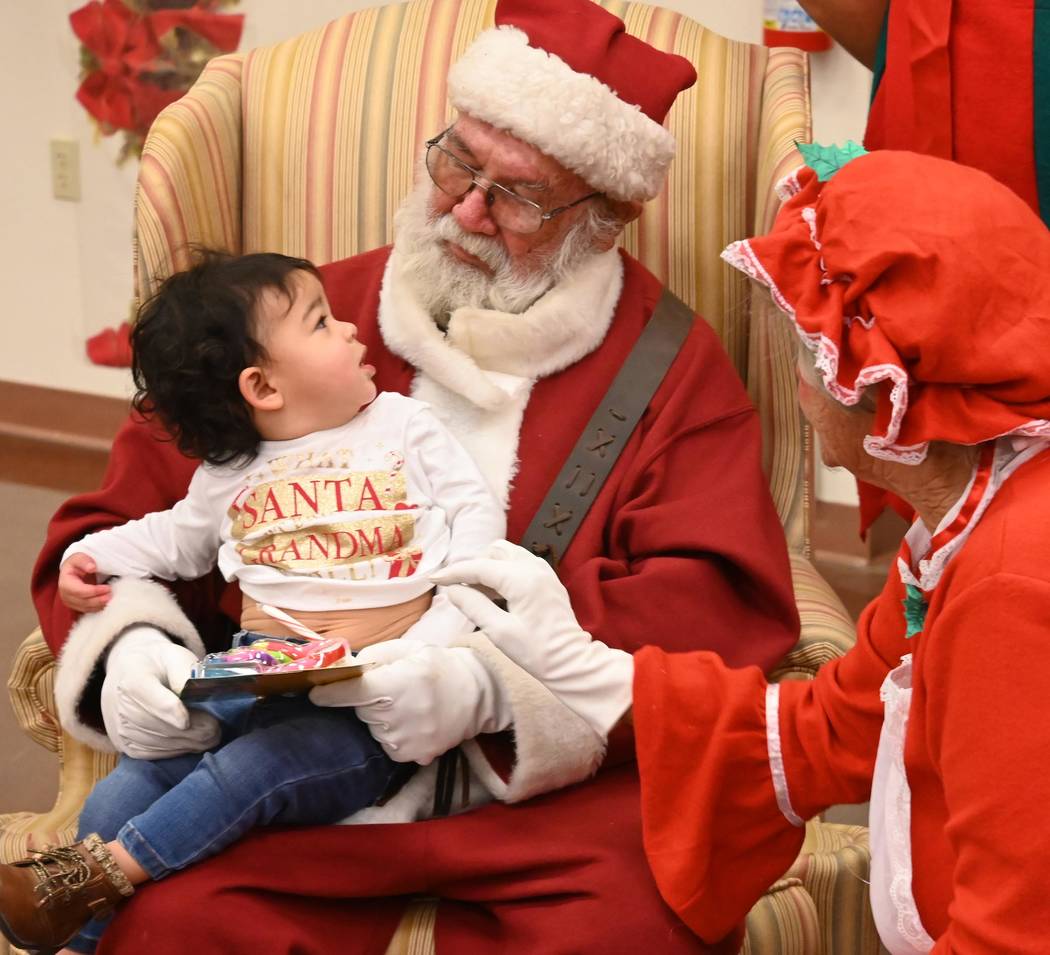 Richard Stephens/Special to the Pahrump Valley Times This baby appears to be captivated by Santa's beard on Santa Night, held Dec. 13, at the Beatty Community Center. 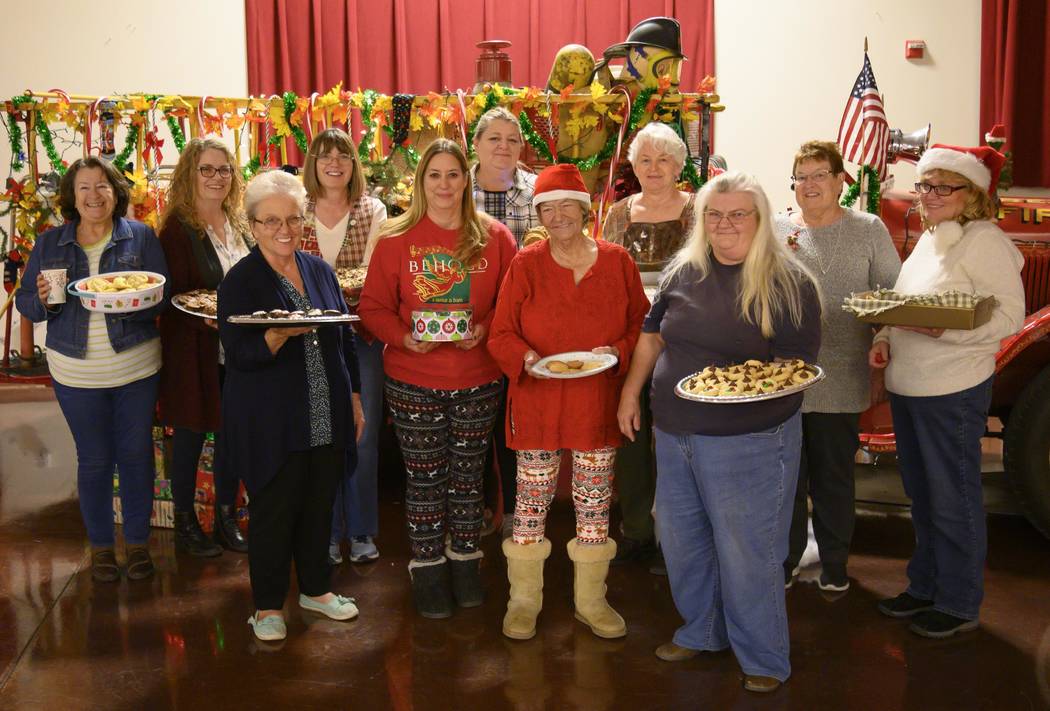 Richard Stephens/Special to the Pahrump Valley Times The first event of the season, the Beatty Cookie and Ornament Exchange, was attended by ladies from Beatty and Amargosa. Besides exchanging cookies, the women enjoyed refreshments and contributed items to Christmas baskets for senior citizens. 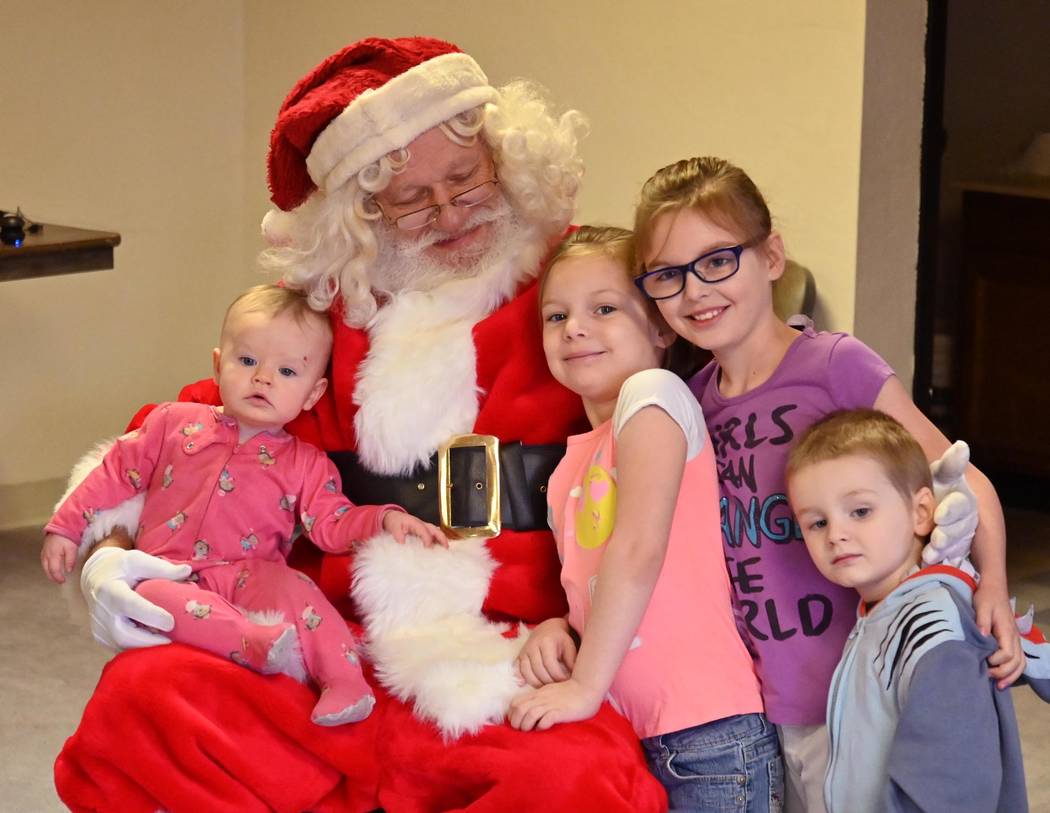 Richard Stephens/Special to the Pahrump Valley Times A new event this year was Breakfast with Santa, which took place Dec. 7, hosted by the Pahrump Lions Club.

Beatty always has Christmas covered, with a lineup of community events that feed on the holiday spirit. The Community Center’s main room is decked out with Christmas decorations, including the town’s 1935 Graham fire truck that is decorated for the season.

The oldest annual event is Santa Night, sponsored by the volunteer fire department. It was the last event this year, being held on Dec. 13.

At Santa Night, Santa arrives at the Beatty Community Center on a fire truck. Then he and Mrs. Claus sit in upholstered chairs next to the fire truck and greet children, passing out candy canes and gifts to each one with the assistance of a group of elves.

Lately, a town potluck dinner has been added to Santa Night, giving residents an opportunity to sit and visit while enjoying a meal.

Santa Night is also when the winners of the Beatty Chamber of Commerce’s Christmas lighting contest are announced.

There seemed to be less commercial lighting this year, but the Atomic Inn took first place, Mel’s Diner second, and the Happy Burro Chili &Beer third.

The first event of the season this year was the Beatty Cookie and Ornament Exchange on Dec. 6. This was attended by ladies from Beatty and Amargosa, and even by one from Fernley. Besides exchanging cookies and ornaments, the women enjoyed refreshments and contributed items to Christmas baskets for senior citizens.

For several years, Santa’s visits to Beatty have kicked off with a meet and greet with Mr. and Mrs. Claus at the Happy Burro, where each child receives a gift and a dollar coin, and everyone enjoys Christmas cookies and hot chocolate. It was again very successful this year, Dec. 8, despite a thunderstorm that rolled through town during the event.

New this year was Breakfast with Santa, hosted by the Pahrump Lions Club. This took place Dec. 7 in the Beatty Volunteer Fire Department Clubhouse.

As in past years, the Beatty Museum and Historical Society hosted an angel tree, giving folks a chance to help give a happier Christmas to children in need.