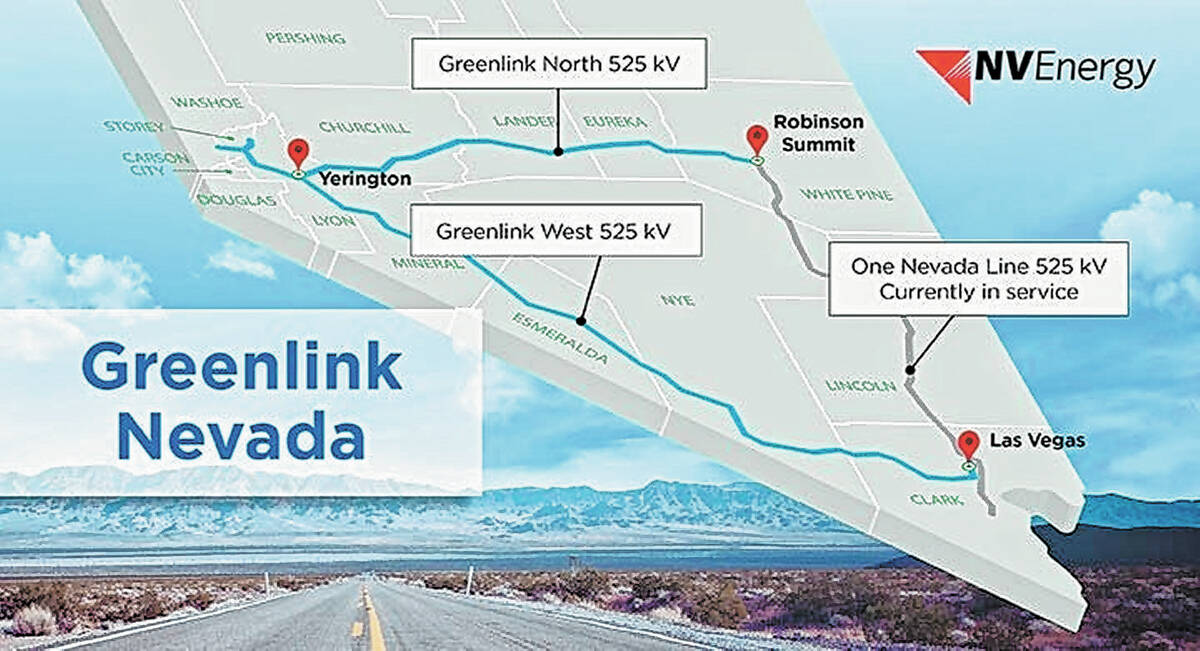 The first letter considered and approved was to be sent to the BLM Nevada State Office regarding the town’s wishes regarding the Greenlink West electrical transmission project.

First, the letter stated that the community prefers the proposed route referred to as “Alternative C,” because it is on BLM-managed land, does not cross private land, and “should not impede outdoor recreation activities post-construction.”

The letter notes that Beatty is “land locked already by the Nevada Test and Training Range to our southeast and Death Valley National Park to our west.” It reiterates the position of many workshop attendees that the transmission line should be kept as close to the National Security Site as possible.

It also lays out the problems the town has with other alternatives, and voices support for “Alternative A,” which “has the least amount of private land impact,” for the Scotty’s Junction area.

The letter also asks the BLM to analyze all alternatives for potential conflicts with the town’s eco-tourism economy and to “identify and propose continuity solutions, including the possibility of special land use designations such as a Special Recreation Area.”

Also covered in the letter are the town’s concerns about the impact on the community from solar energy projects attracted by the building of the transmission line, by the visual impact of the project, the possible effects on existing off-road routes, by potential fire hazards, by conflicts with mining operations, and possible effects on wildlife.

“We believe,” says the letter, “that you, the Nevada Bureau of Land Management, and our elected officials, both State and Federal, have an obligation to act in the best interests of your constituents. You are often the only protection we have when opposed by powerful groups, organizations, and big money. We do not have the means or access these others do, but we have you, the BLM, and our elected representatives who we ask to act on our behalf and to give voice to our concerns.”

The only addition to that letter was the addition of a request that a parcel of land, in the area of the town driving range not be considered as the site for a lay-down yard during Greenlink construction.

Concerns about the use of that land included the possibility that it might not be freed up after construction and that truck traffic could create a safety hazard because of its proximity to Beatty High School. Ryan Gallagher was concerned that it might interfere with the possible development of 4-H facilities on the property.

Another letter, meant to express the community’s feeling concerning the proposed adoption by the county of Special Use Permits (SUP) was the subject of lively debate.

Board Chair Erika Gerling was in support of the adoption of SUP’s with a provision that developers be required to get a letter of approval or disfavor from the local board to be included in the application process.

Gerling said that the proposed ordinance was much better than one the town opposed back in 2018 and was needed to protect the community’s future.

Jim Henderson, who manages developer Ed Ringle’s properties wanted to know why protection was needed. “There’s only one developer who builds things here. Why do we need a new law?”

Resident Ann Marchand said the town had opposed SUP’s years ago, arguing that the town needs the protection of SUP’s, citing as a negative example, problems in the construction of the Family Dollar store which resulted in it facing the wrong direction.

Others spoke in opposition to the idea of SUP’s, including residents Frank Jarvis and Marty Campbell.

Board member Kelly Carroll said he has never liked SUP’s and didn’t want “to be regulated by Pahrump.”

Board member Melody Koivu also voiced her opposition. “I won’t vote for the whole pizza when I don’t like the onions.”

The board voted 4-1 to send a letter opposing the adoption of SUP’s, with Gerling casting the only dissenting vote.

The board was unanimous, on the other hand, in approving a letter of support for Gregory Development Group’s rehabilitation of the Heritage Apartments senior housing. They did specify that any outdoor lighting be down-facing, shielded, and not blue.