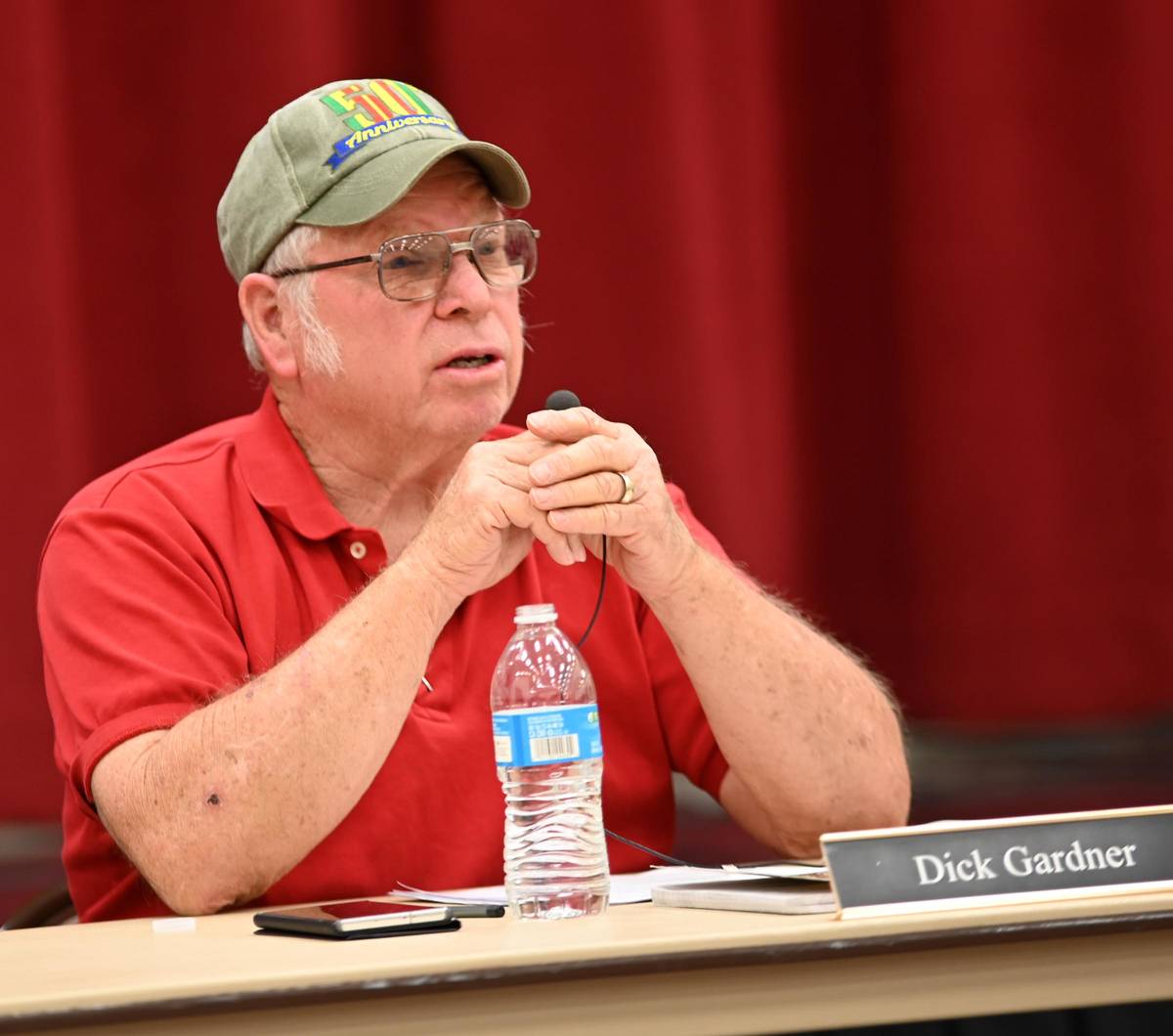 Richard Stephens/Special to the Pahrump Valley Times Dick Gardner, longtime chairman of the Beatty Town Advisory Board. is planning to depart from his position at the end of 2020. Gardner won the District 1 seat for the Nye County Commission in the 2020 primary elections.

Dick Gardner, longtime chairman of the Beatty Town Advisory Board, will have to leave the board at the end of the year.

Gardner told the audience at the board’s June 22 meeting that he has been certified as the Nye County commissioner elect for District 1.

Since the Beatty board operates under the authority of the county commission, he cannot serve in both capacities.

One seat on the Beatty board is already open, due to the resignation of Rob Shirley who now sits on Valley Electric Association Inc.’s board of directors. The deadline for submitting letters of interest for appointment to fill Shirley’s seat on the town board was previously set for Friday, June 26 at 5 p.m. (Letters are submitted to the Beatty Town Office).

With Gardner and board member Randy Reed in attendance in person, and Perry Forsyth and Erika Gerling attending via telephone, the board dealt with a request for funding from Beatty Seniors, Inc.

Beatty Seniors President Marty Campbell said that a $5,000 request was to be used solely for the purchase of food for the Senior Nutrition Program.

“I’m making the request for three reasons,” said Campbell, “for the seniors themselves, because I told the board of trustees I’d do it, and because we need the money to make it through these troubled times we have every year with our grants.”

Campbell said he really didn’t know why the senior center always wound up in a financial hole at the end of each year.

Treasurer Gerling urged the board not to “get hung up on numbers,” saying there were a lot of numbers floating around. Instead, she said that everyone should focus on goals.

“We need to work together for the goal,” said Gerling, which is “to provide nutrition and improve the quality of life for seniors.”

Campbell similarly stated, “Our goal is to make sure our seniors are taken care of.”

The board approved the donation of $5,000 as requested, with board member Forsyth telling Campbell, “We’re not really the town bank, but we’d like to help you when we can.”