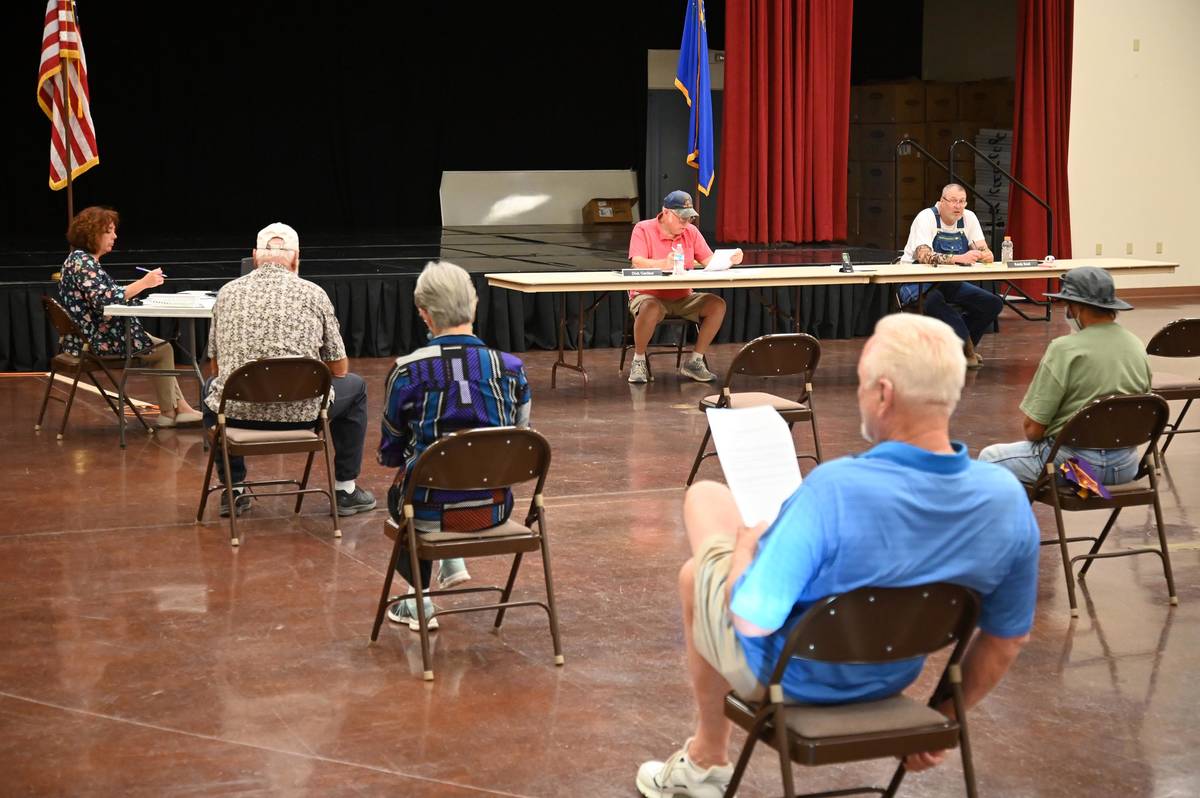 Richard Stephens/Special to the Pahrump Valley Times The Nye County Senior Nutrition Program has announced the closure of the Beatty Senior Center, effective August 31. All conjugate meals, including pick-up or curbside service will be suspended, and meals from the county program will be home delivered.

The Nye County Senior Nutrition Program has announced the closure of the Beatty Senior Center, effective Aug. 31. All conjugate meals, including pick-up or curbside service will be suspended, and meals from the county program will be home delivered.

During discussion of the request for utility funding, advisory board treasurer Erika Gerling told Beatty Seniors Inc. board members present, “I just want to make sure that you know you’re competing with the county.”

She said that the county has contracted with Mom’s Meals, and that frozen meals will be delivered to seniors’ homes via FedEx every two weeks.

BSI treasurer Patti Butler said, “We have one employee who will not be coming back when we reopen. I’m being optimistic we are going to fill that position with volunteers.”

Gerling said that BSI will need to work to increase the number of people eating the conjugate meals in order to bring the cost per meal down.

Speaking of the development of the nonprofit, Butler said, “A lot of people have worked very hard on this so far, and they’re not slacking off.”

Vonnie Gray said that they recorded 117 volunteer hours in June.

Butler also said that the BSI thrift store is up and running, manned by volunteers. It is open behind the Senior Center Thursday to Saturday from 8 a.m. to noon.

Gray also said that the seniors “have a lot of stuff” in the Senior Center and may need help finding a place to store it.

Gerling worded the motion to grant the utility funds to make it conditional upon BSI getting the use of the building.

Her motion also specified that the town would pay the utilities directly for the first six months, and that BSI would pay them the next six months and submit copies of invoices and checks for reimbursement.

The motion as passed also capped the amount of the utility assistance at $15,000.

Because the Beatty advisory board has a limit of $2,500 per item that they can spend without approval from the Board of County Commissioners, the matter will have to be approved by the BOCC in order to take effect.