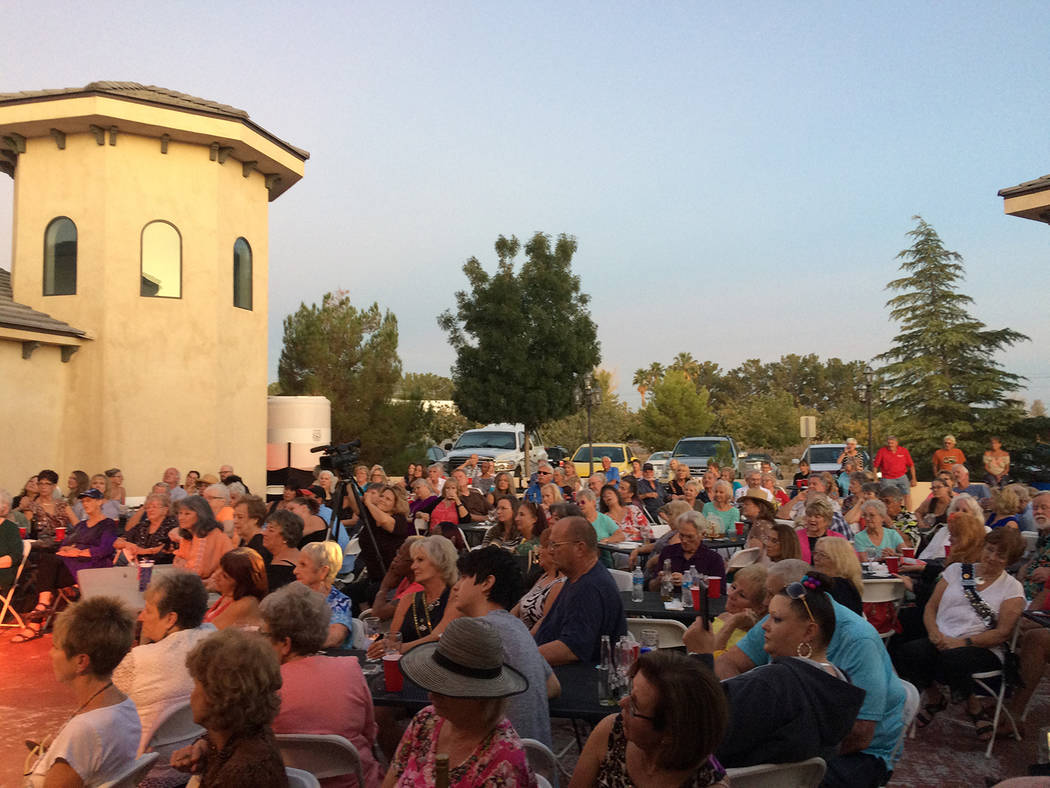 Robin Hebrock/Pahrump Valley Times The Mr. Hunk from Pahrump Pageant attracted a large crowd on Sept. 14, with attendees filling the outdoor entertaining area in anticipation of a night full of fun and laughter. 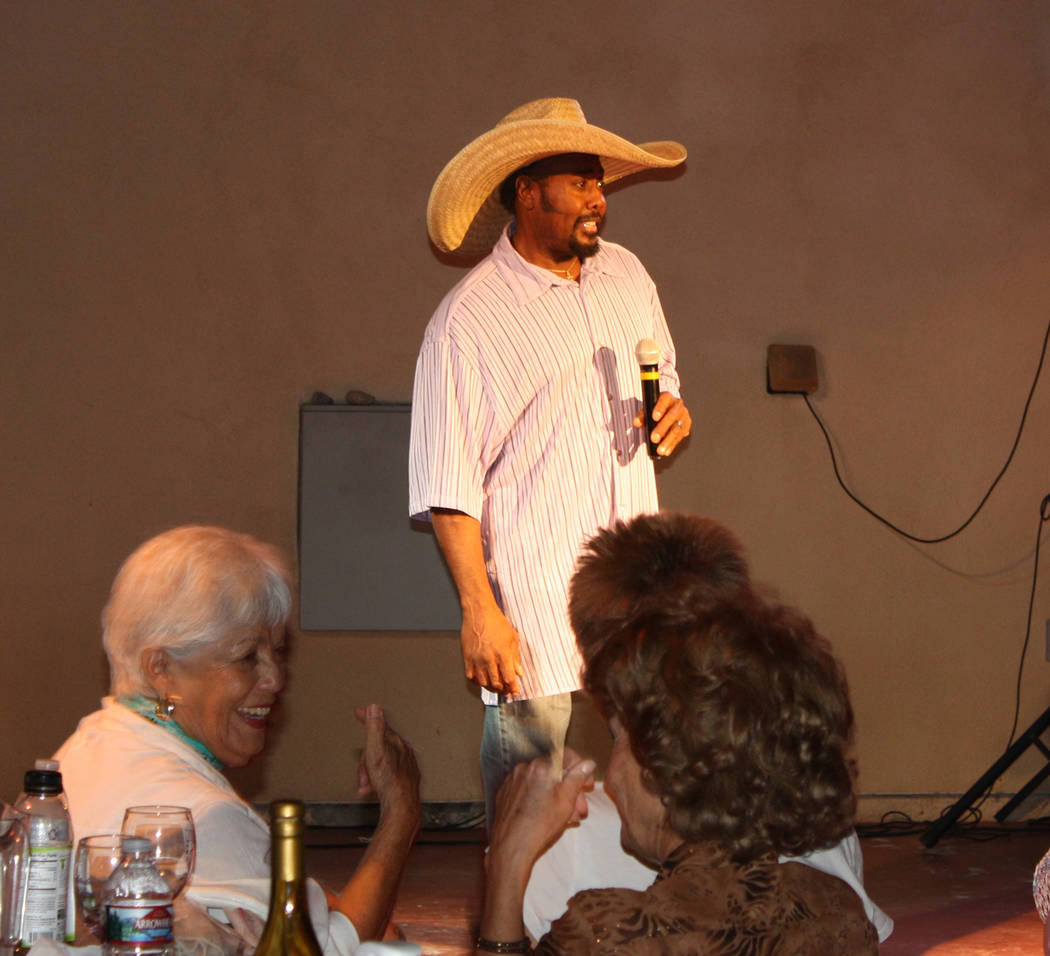 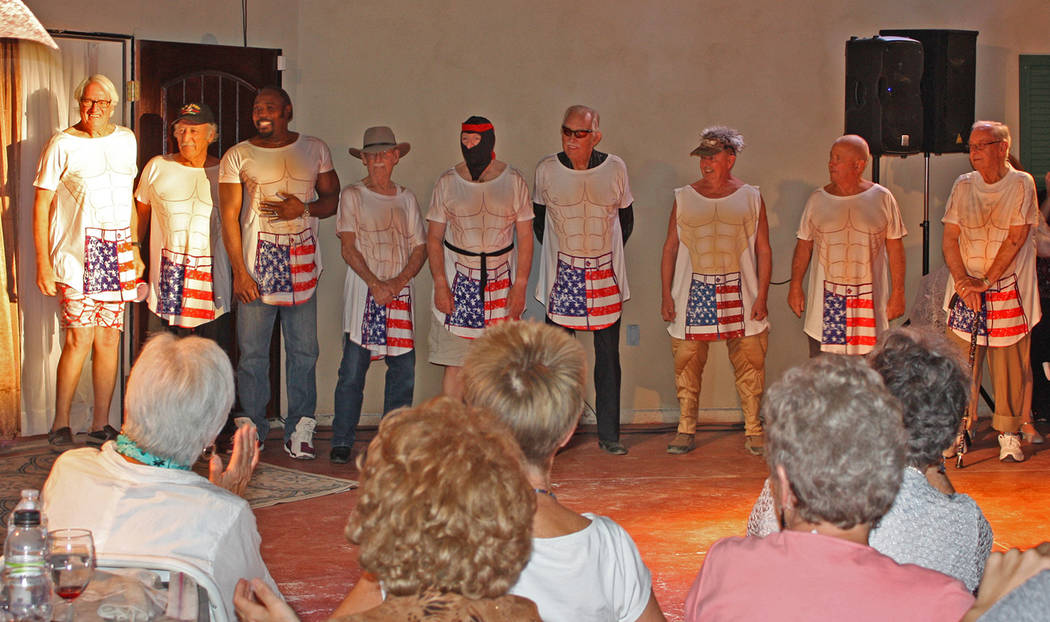 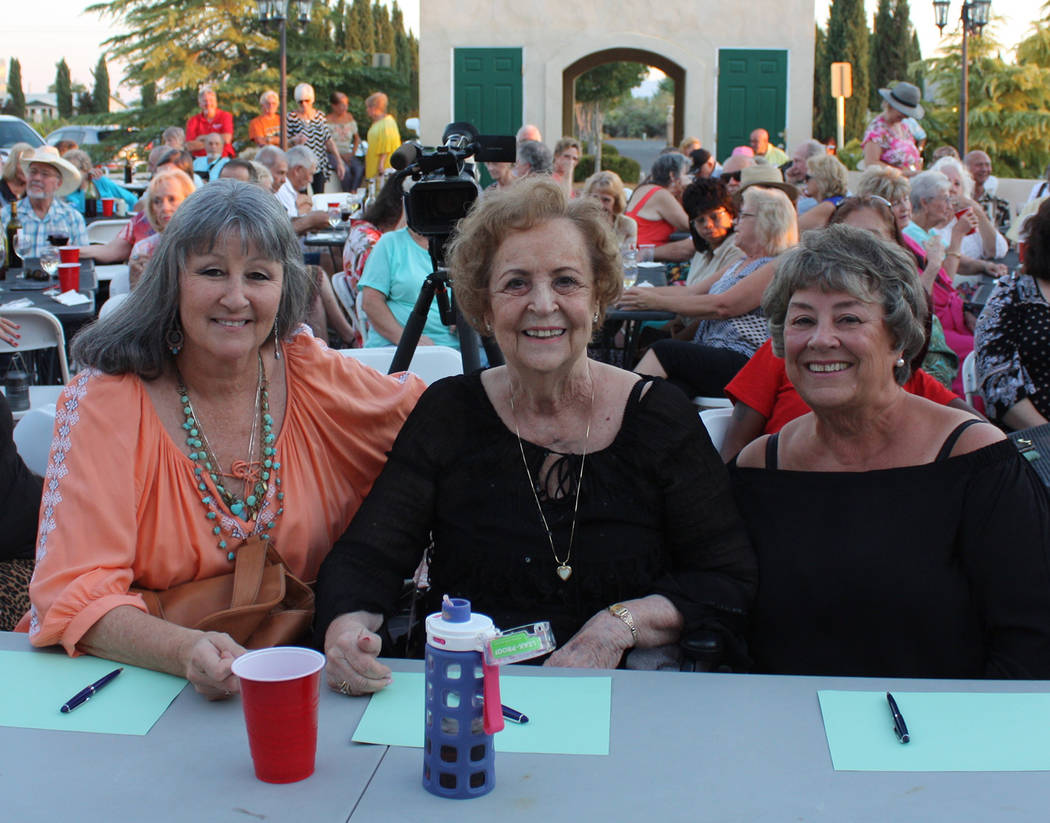 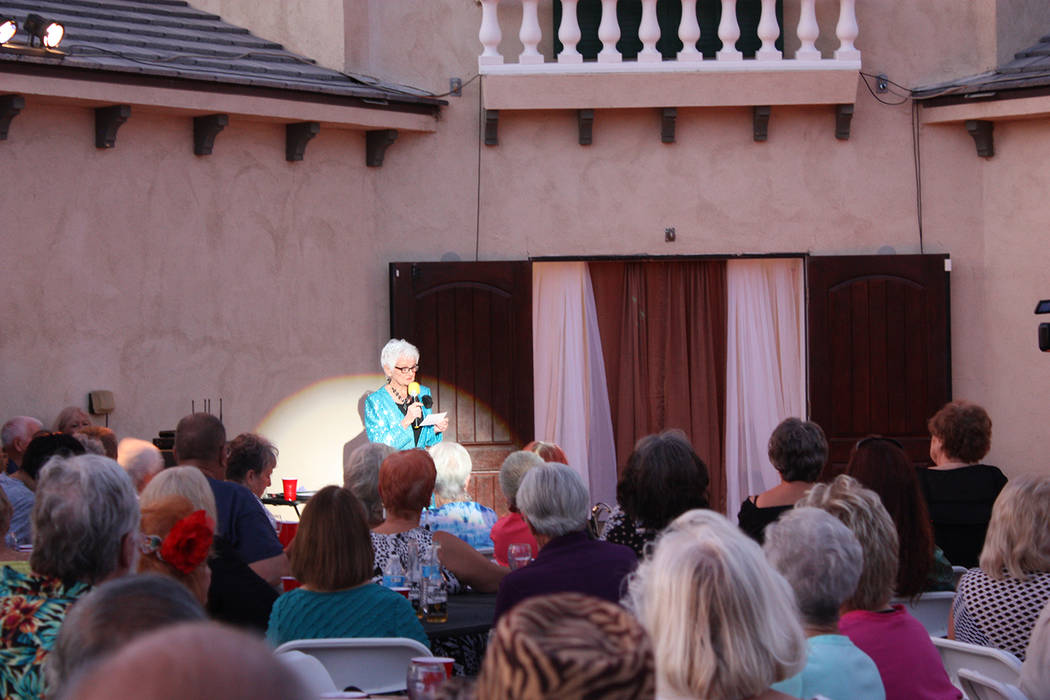 The Hunk from Pahrump Pageant took place this month with nine local men strutting their stuff before a crowd of nearly 200 attendees at the Sanders Family Winery.

At the end of the humor-filled event, contestant Ben Fluker secured the win and was crowned as Mr. Hunk from Pahrump.

Racy and rife with sexual innuendo, the night’s program brought continuous bubbles of mirth to the lips of those watching the show, along with plenty of cat-calling and wolf-whistling as well.

Kicking off the evening with a warm welcome was B.J. Hetrick-Irwin, founder of the Ms. Senior Golden Years and Nevada Silver Tappers. “These men, what a joy they have been!” Hetrick-Irwin enthused as everyone settled in. “They are absolutely wonderful.”

The pageant started off with a dance performance to a perfectly suited tune, “It’s Raining Men,” featuring Teri Rogers and MaRia Apodaca-Shady, who twirled around the stage area while each of the men vying for the crown that evening was introduced.

Garbed in T-shirts painted to look like bare, muscled chests, the Hunk from Pahrump contenders stepped into the spotlight one by one, flexing their biceps and swaggering across the stage while winking and posturing at the appreciative audience. Following introductions, each of the manly men were faced with the interview portion of the pageant.

Then it was on to the talent portion, where the contestants displayed their skills to the delight of the spectators.

From singing performances to comedic skits to dance routines, the Hunk of Pahrump contestants all did their very best to entertain, as did Ms. Senior Golden Years members Maryellen Swarowski and Jackie Greco, who helped keep the fun going by performing in between the pageant segments. It was evident from the raucous applause and continual laughs that evening that the efforts of all were a success.

At the conclusion of the pageant, after the judges had calculated all of the scores and made their determination between the nine amazing men, Fluker was given top honors and can now proudly call himself Mr. Hunk from Pahrump.