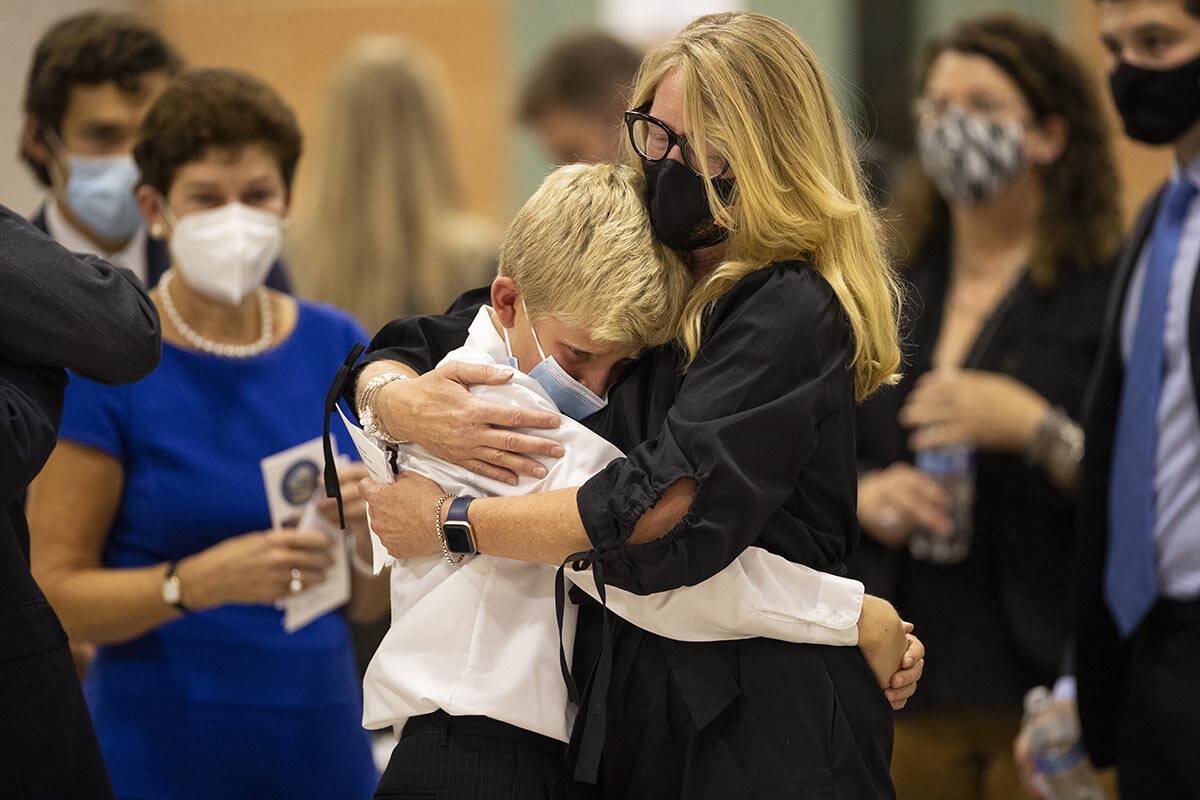 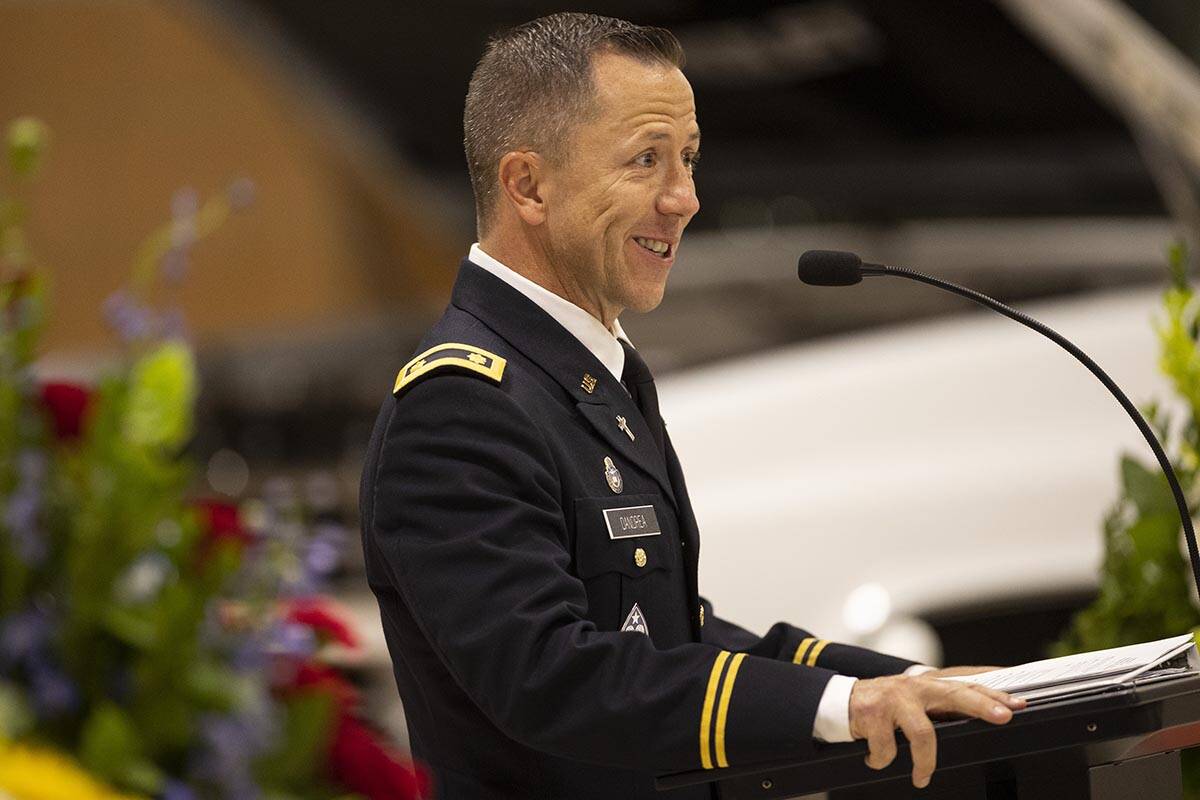 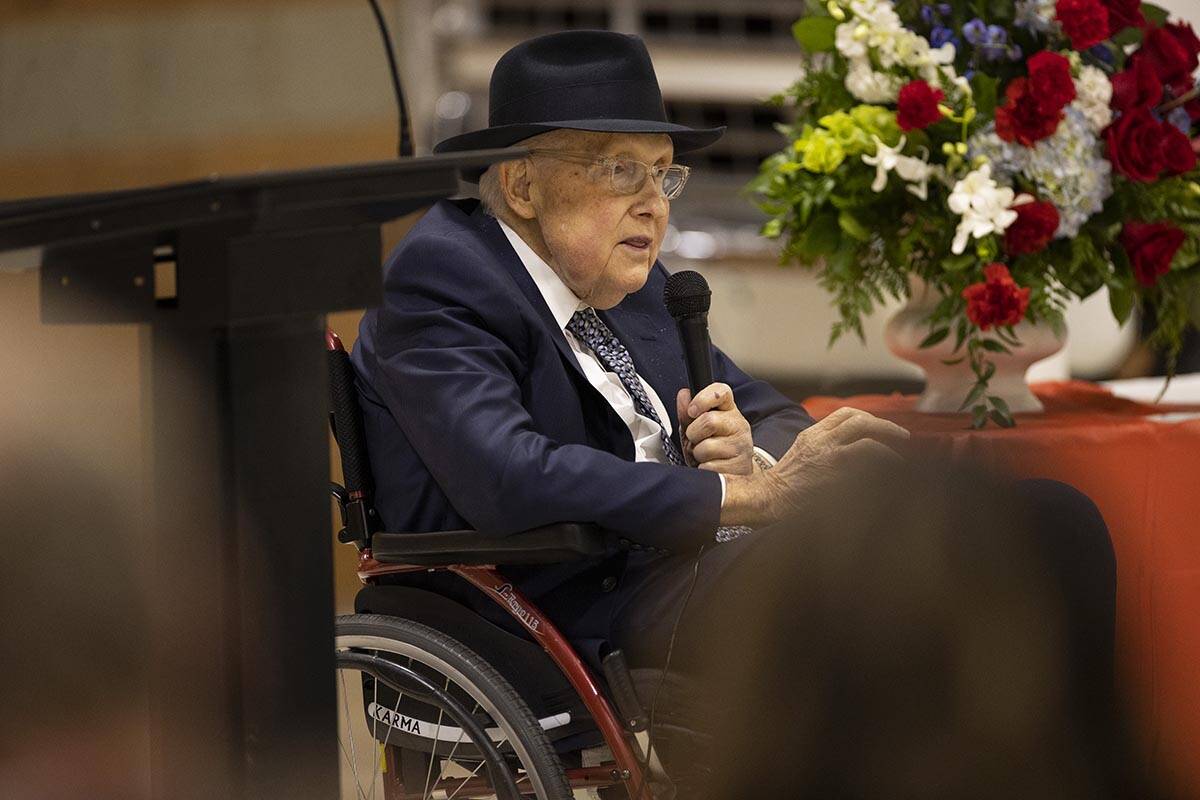 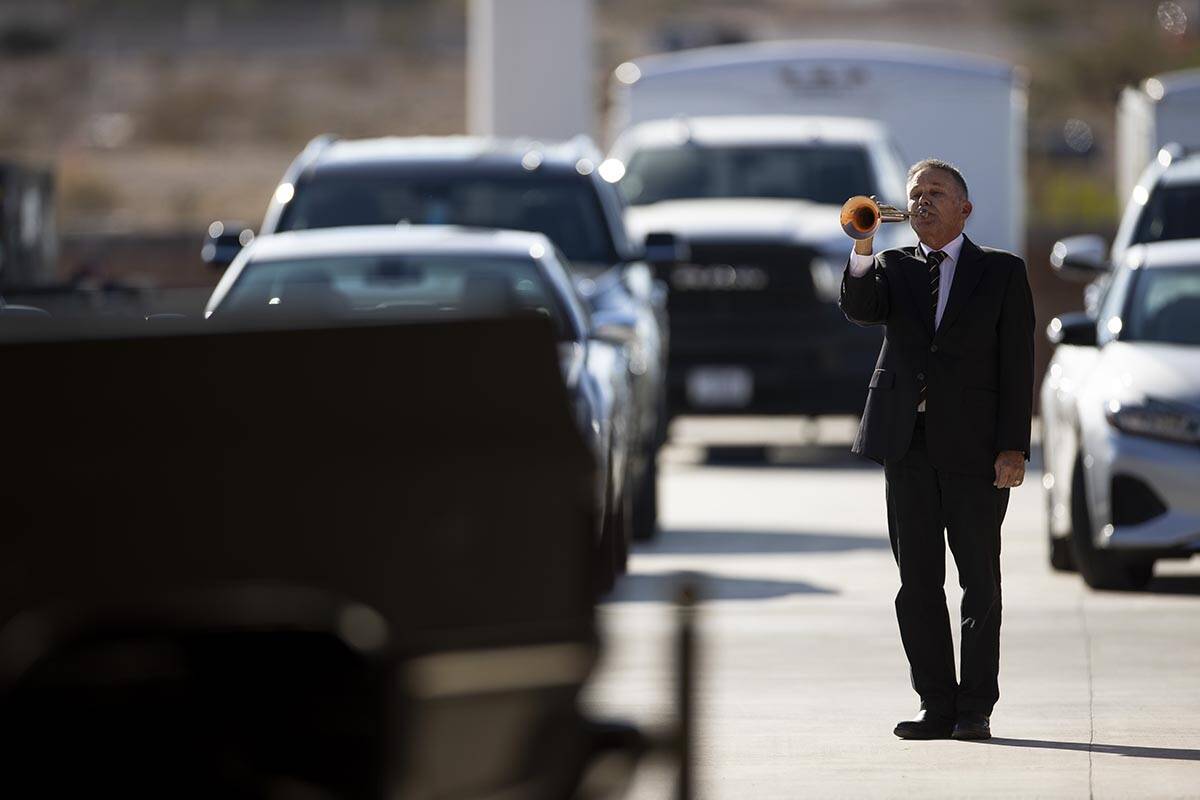 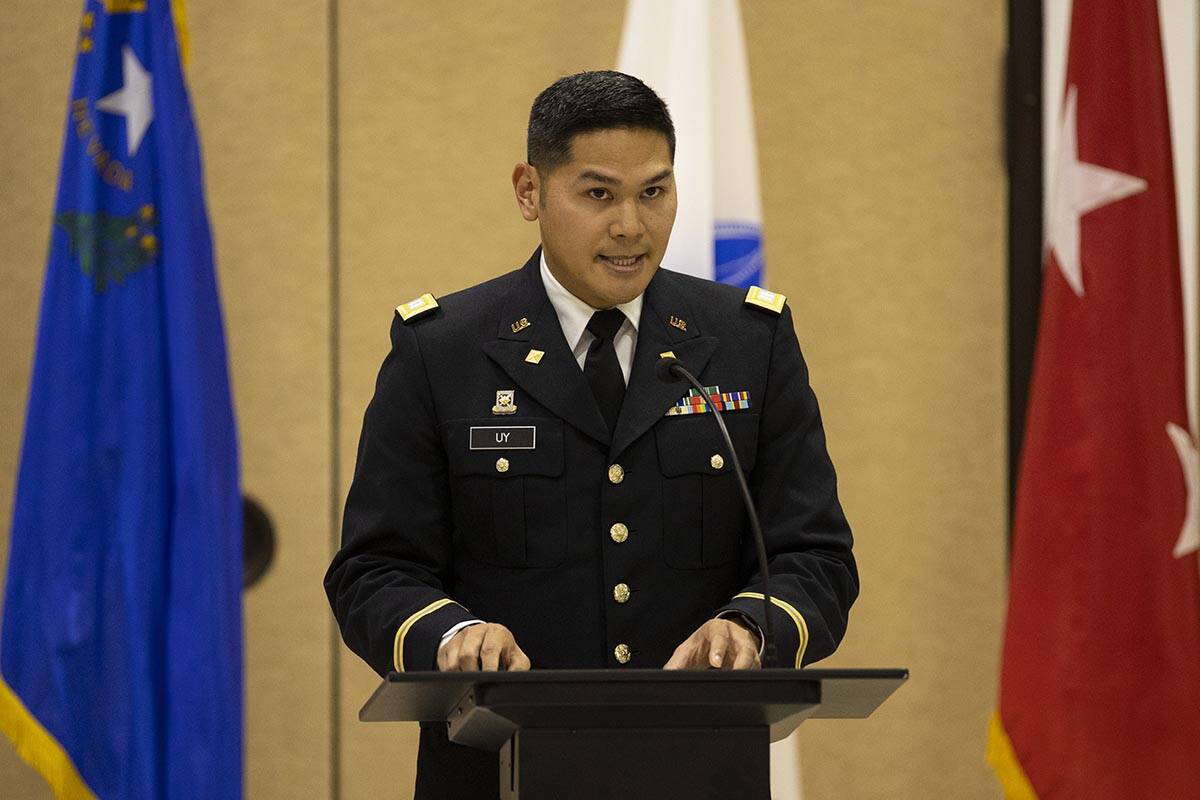 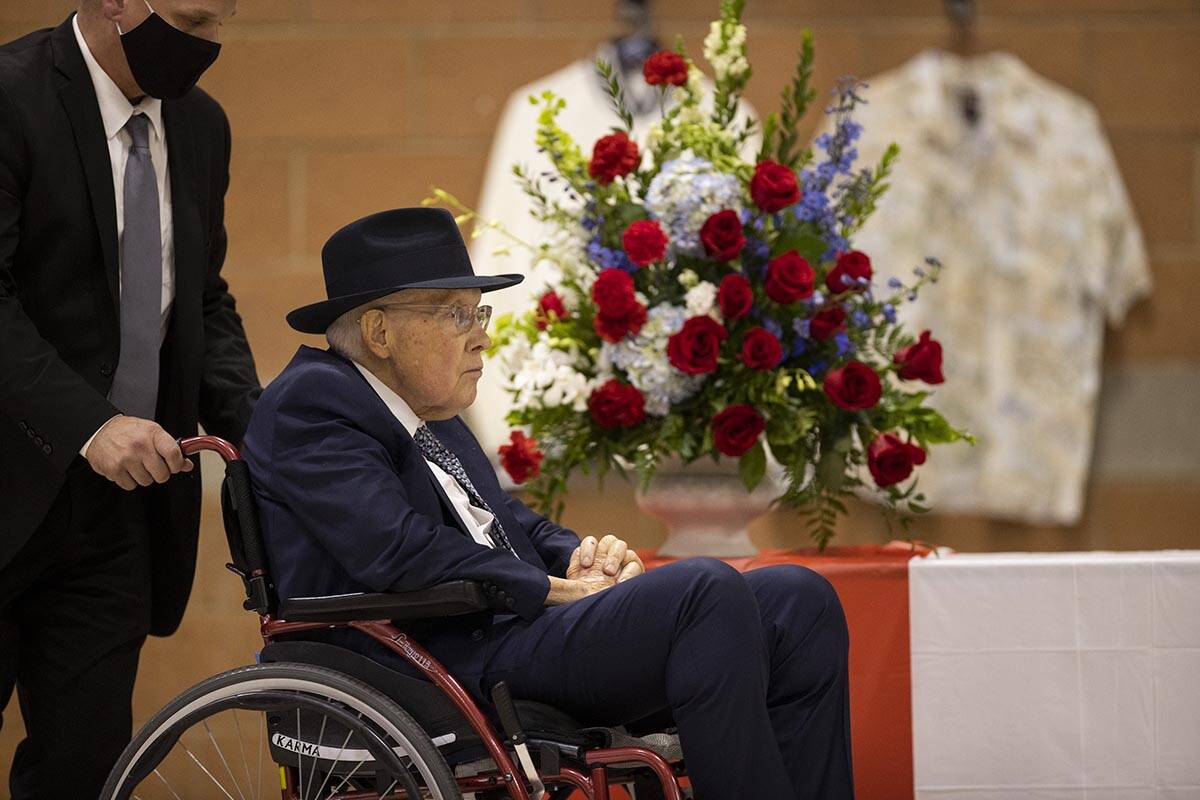 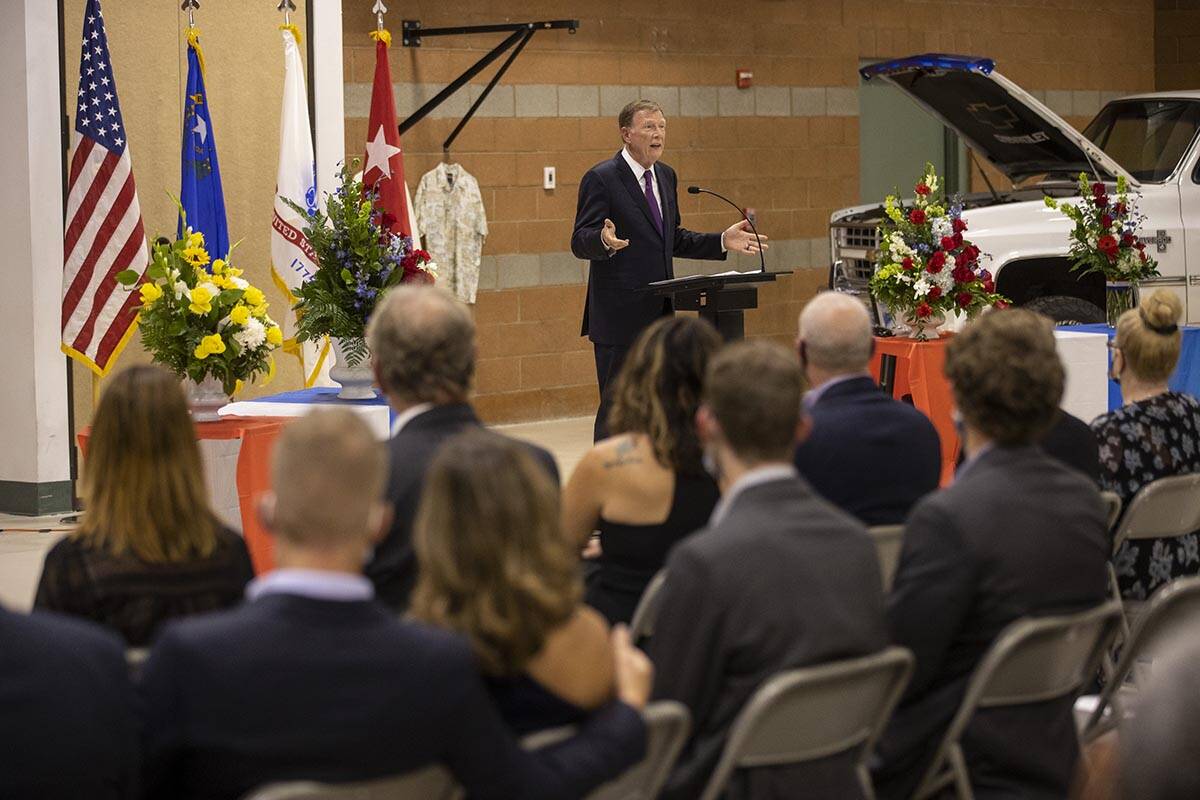 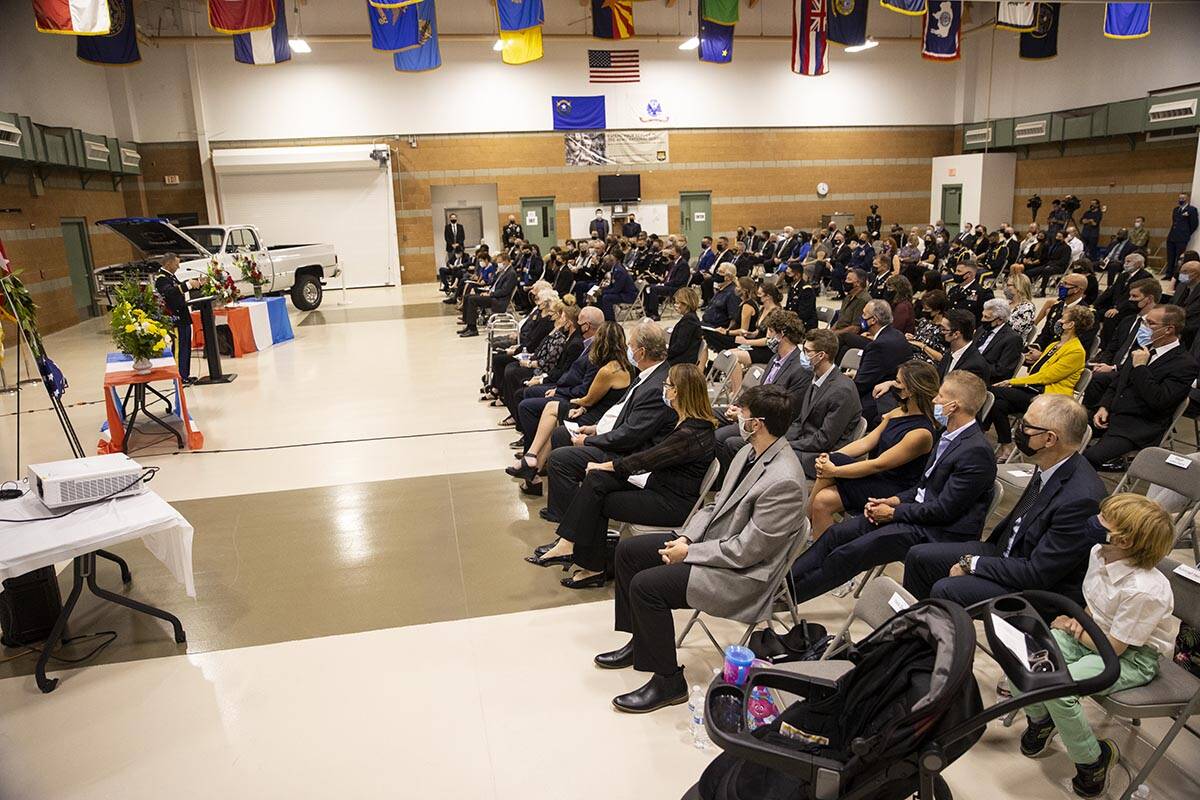 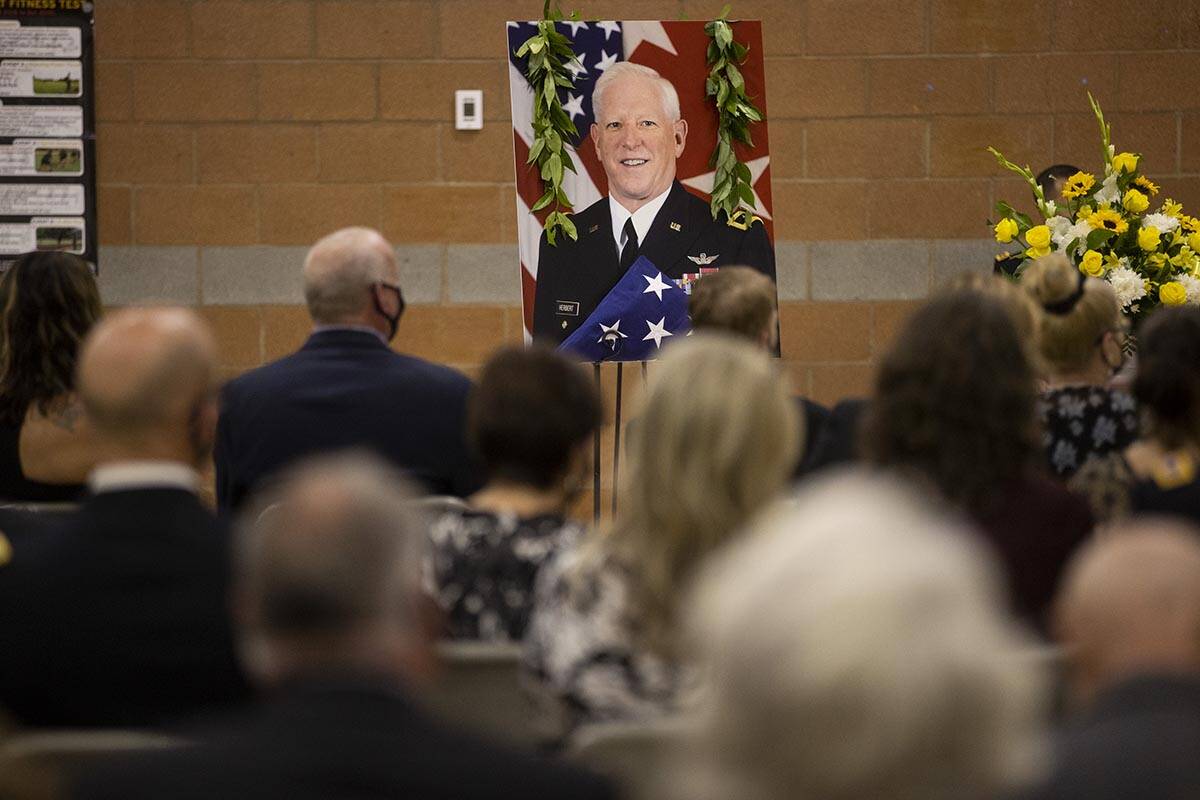 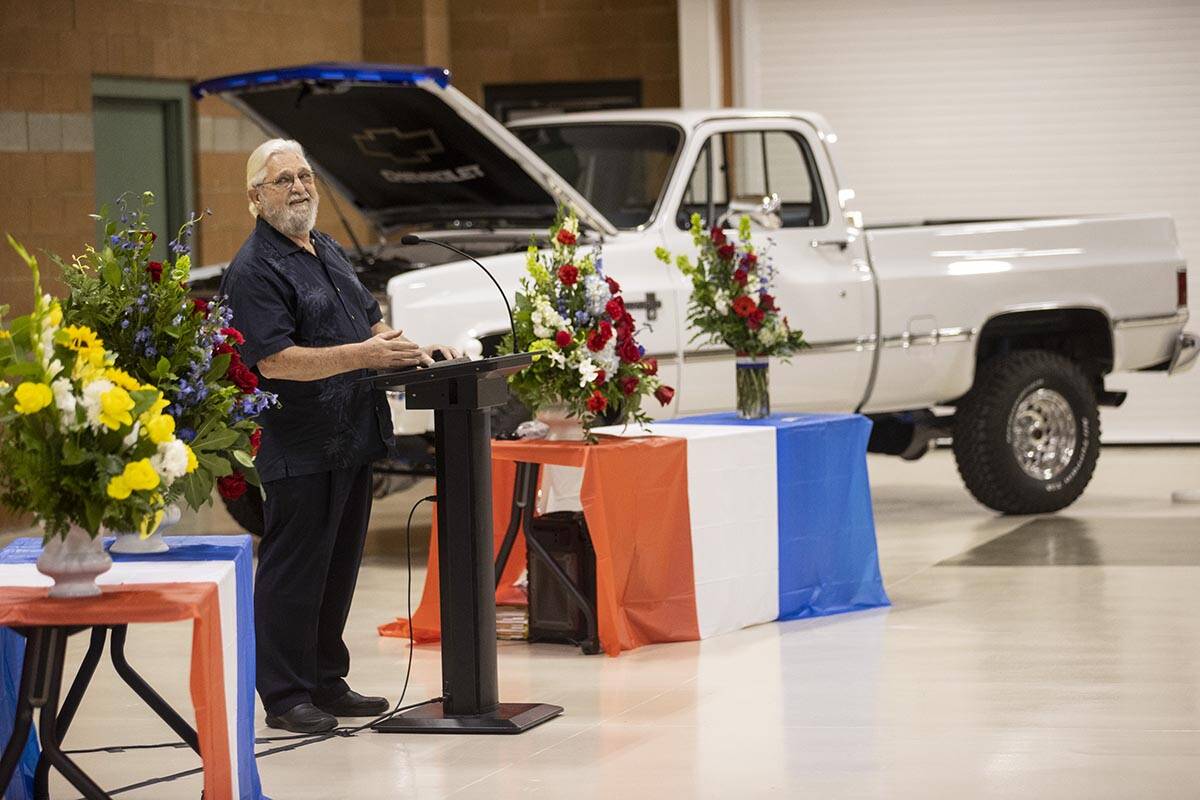 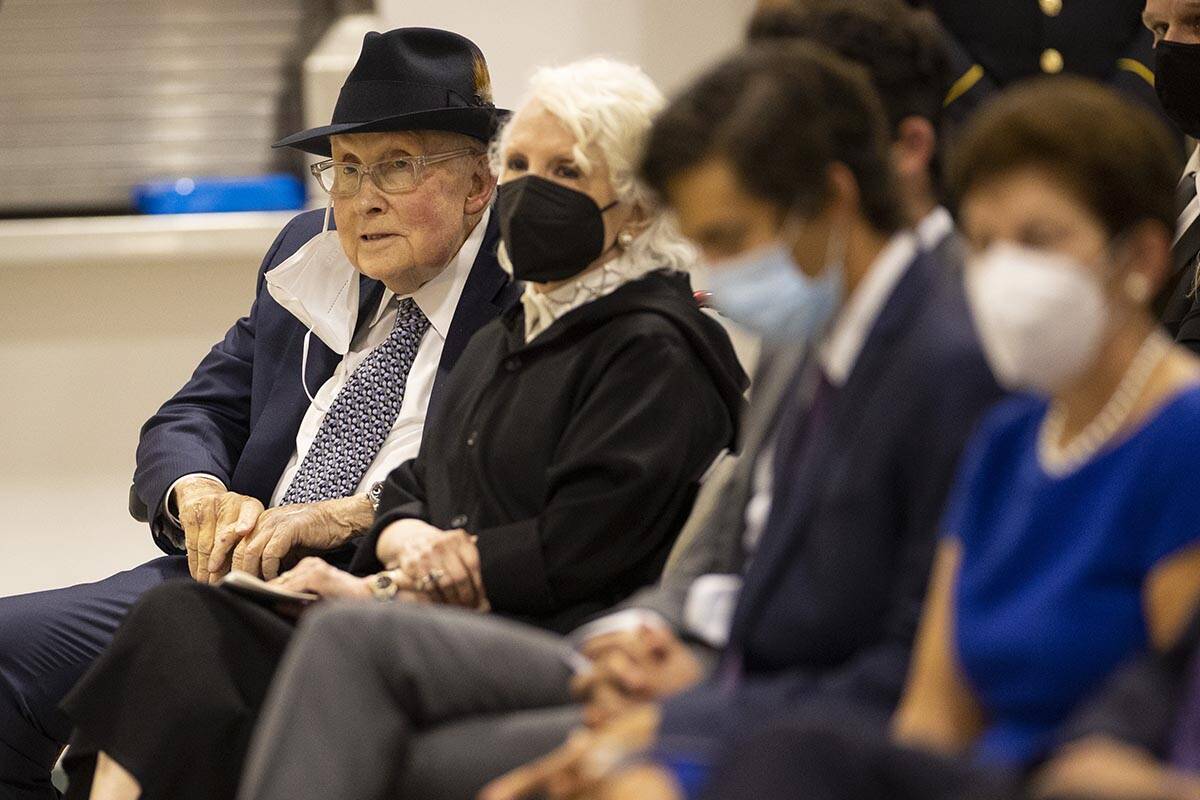 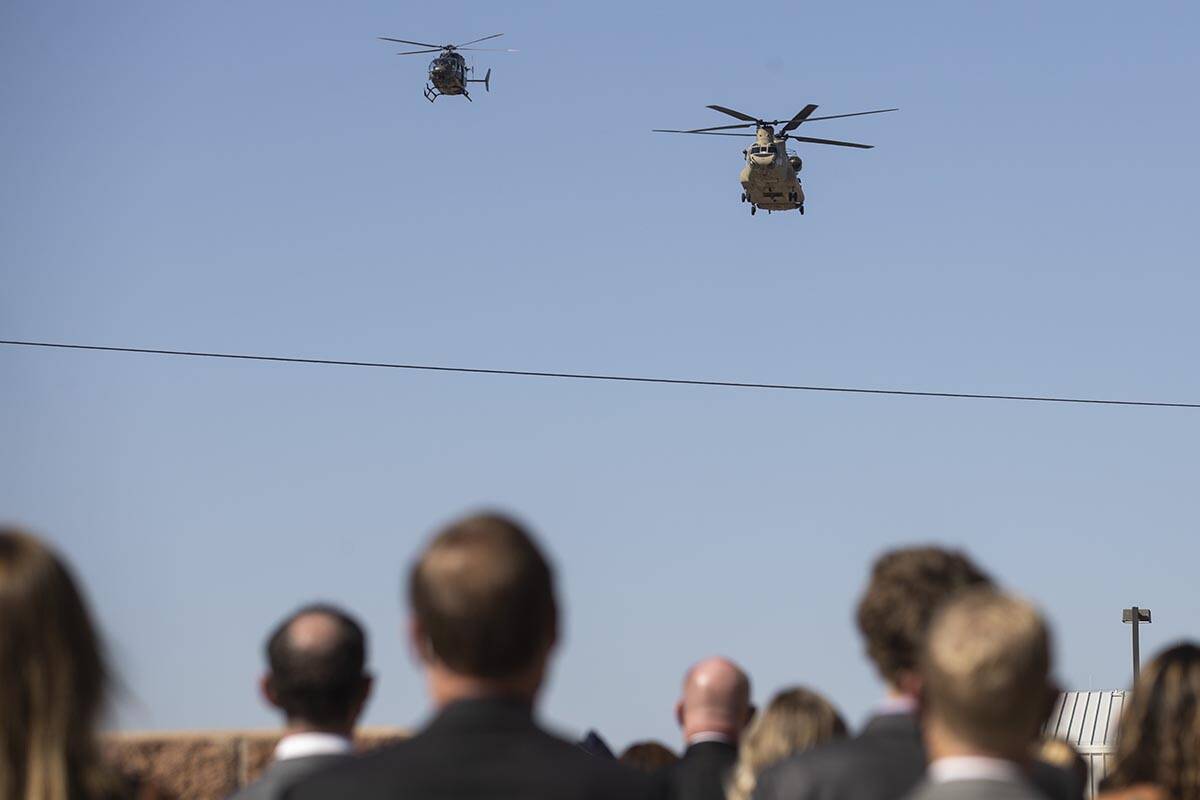 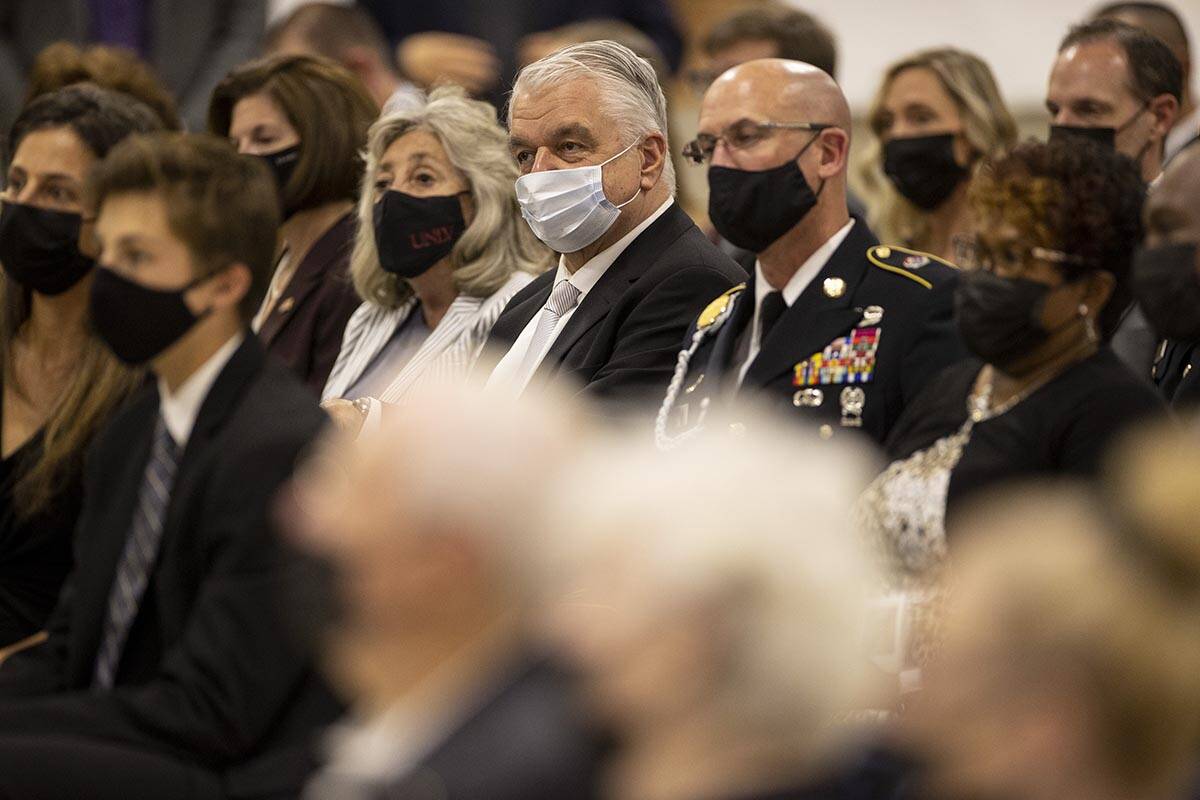 Nevada Army National Guard leader Bob Herbert cared very deeply about the guard in the Silver State, and those who knew him said that Herbert’s body of work proves it.

The longtime aide to former Sen. Harry Reid, who died in a car crash Sept. 24, was remembered Saturday during a memorial service emphasizing Herbert’s lifelong commitment to Nevada through the guard.

As an aviator, and then as a successful advocate for the guard in Washington, D.C., over the last two decades, Herbert helped secure more than $100 million for construction of the guard’s facilities and the modernization of equipment, Nevada Adjutant General Ondra Berry said.

“Icon. Legacy breaker. Many firsts,” Berry said of Herbert. “The military presence of Nevada nationwide? He’s one of the people most (responsible). He put us on the map because of what he was able to do for our state, and the relationships he built, and the resources he was able to acquire.”

An armory in Yerington that now serves as a city hall and administrative building in the city is named after Herbert. Gov. Steve Sisolak, in attendance at Saturday’s afternoon memorial at the Las Vegas Readiness Center in southwest Las Vegas, called the late major general “the patriarch of the guard in Nevada.”

“Everyone followed in his footsteps,” Sisolak said. “He led us and we’ve got incredible facilities for the guard in Nevada because of Bob Herbert.”

Herbert, 64, served in the Army for 42 years. In the guard he served as a director of aviation and was at one point a special assistant to the chief of the National Guard.

He worked for Reid from 2001 to 2017, serving Reid during his stints as majority whip, majority leader and minority leader. In remarks Saturday, Reid said Herbert was a dedicated public servant who was deeply loved and “will be missed.”

Most recently, Herbert was a lobbyist with the Porter Group, headed by former Nevada Congressman Jon Porter.

The California Highway Patrol said Herbert was killed while driving a Porsche west on Nipton Road, east of Ivanpah Road, in unincorporated San Bernardino County near the Nevada border.

His closest friends and colleagues expressed grief and shock over the loss. They said Herbert was a loving family man who paid attention to detail. He also loved to have fun, cherishing a classic S-10 Chevrolet pickup, rock music and dressing in Hawaiian shirts when he was relaxing.

Guard Chaplain Troy Dandrea said Herbert wrote personal thank-you notes to pretty much everyone he worked with, demonstrating a heart of kindness and a humble nature.

“He’s left an incredible legacy,” U.S. Sen. Catherine Cortez Masto said. “If you look across this room, how diverse the people are in this room, it’s a testament to who he was as a human being.”