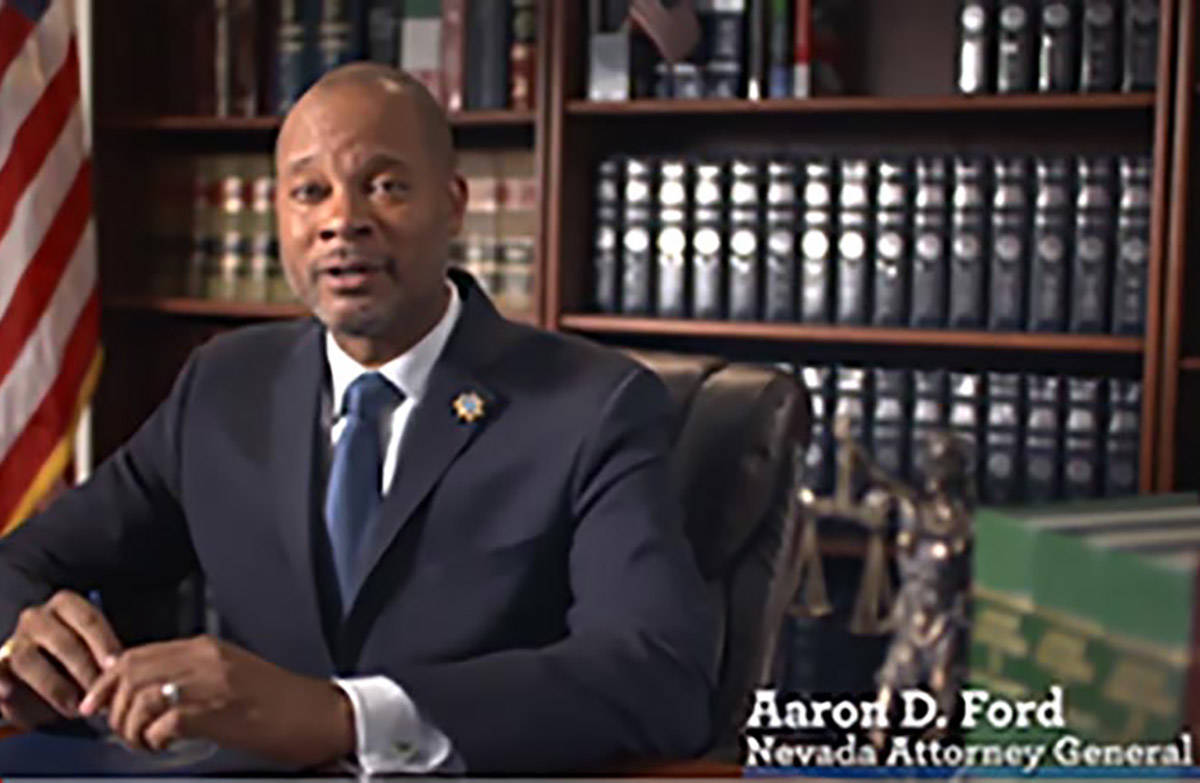 Nevada Attorney General Aaron Ford has joined 50 other attorneys general in calling on USTelecom to continue its collaboration with state attorneys general by reinforcing technological capabilities to improve enforcement against illegal robocalls.

USTelecom is the leading organization representing telecommunications providers and its Industry Traceback Group.

In their letter to USTelecom, the attorneys general ask the organization to advance the ITG’s abilities in identifying robocall campaigns, trends and business ecosystems; conduct automated traceback investigations; and coordinate with relevant law enforcement agencies. Ford is joined by a bipartisan coalition of 51 states and U.S. territories.

“Robocalls affect everyone far and wide, and I’m proud to be working on several fronts to protect Nevadans from these annoying and illegal calls,” Ford said. “By collaborating with USTelecom, I hope to increase our capacity to track robocalls and provide law enforcement with tools to help address the public’s needs.”

The coalition’s letter follows a January 2020 meeting in Washington, D.C., with representatives from state attorneys general offices, federal agencies and the telecom industry.

Some priorities developed at that meeting include automating and increasing the total volume of traceback investigations; alerting relevant law enforcement agencies of suspected illegal robocall campaigns; enabling law enforcement agencies to electronically upload and receive responses to subpoenas and civil investigative demands, and providing swift response to those requests; and identifying noncooperative Voice Service Providers, including those that don’t participate in the traceback process, repeatedly originate or accept illegal robocalls or repeatedly fail to provide sufficient records.

The coalition believes these measures would strengthen the partnership between the USTelecom-backed ITG and attorneys general, a relationship that led to the creation of the Anti-Robocall Principles. These principles were established in August 2019 when 51 attorneys general and 12 major telecom providers took aim at reducing the number of unwanted and illegal robocalls reaching the American people.

More recently, in part because of support from the telecommunications industry and state attorneys general, the Telephone Robocall Abuse Criminal Enforcement and Deterrence Act was signed into law by the federal government.

This law enables the industry to develop call-authentication protocols to combat caller-ID spoofing and implement other sweeping anti-robocall measures.

“We believe implementation of these priorities, in conjunction with steps taken by the state attorneys general and our federal counterparts, will further our collective goal of combating unwanted and illegal robocalls,” the letter concluded.