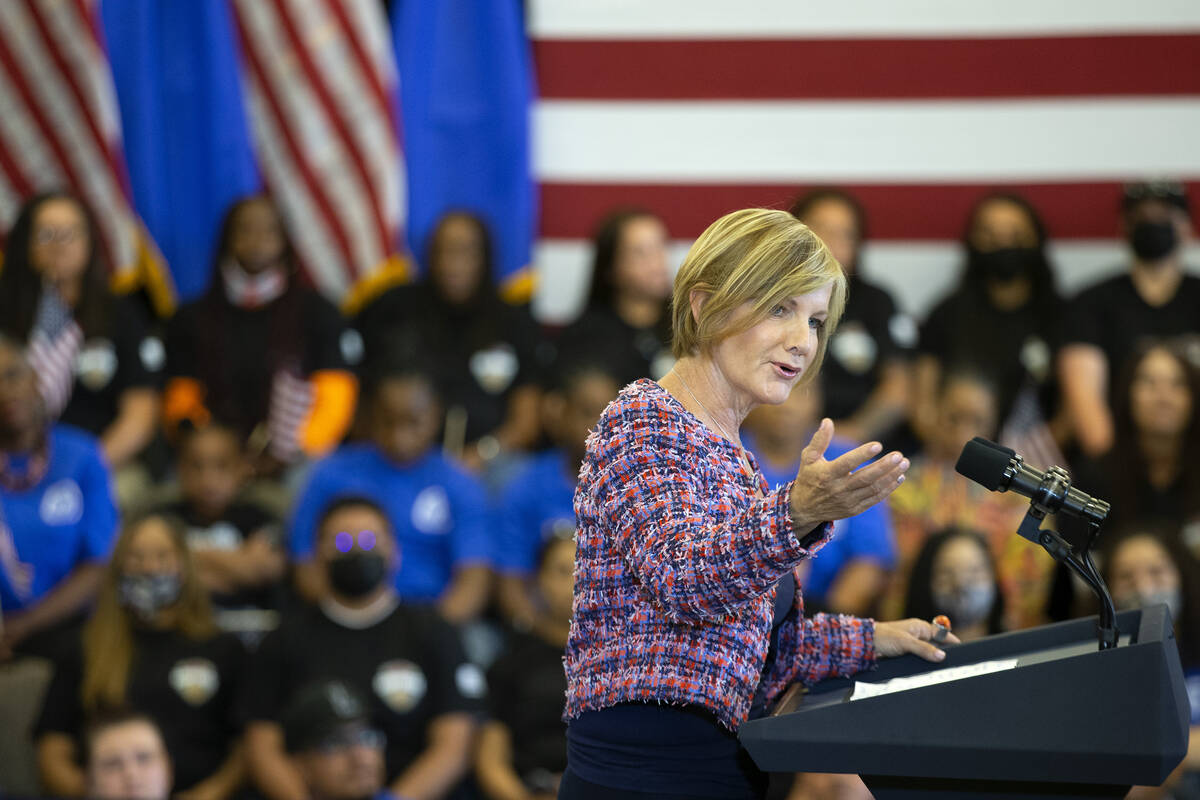 (Ellen Schmidt/Las Vegas Review-Journal) Rep. Susie Lee, D-Nev., said the Build Back Better Act will lower the burdensome costs that families face every day, while also delivering the largest middle-class tax cut in a generation with the extension of the expanded Child Tax Credit.

U.S. Rep. Susie Lee (D-Nevada) this month highlighted a new report showing that the Build Back Better Act would meaningfully lower costs and cut taxes for Nevada families, saving them thousands of dollars each year.

The House of Representatives passed the Build Back Better Act on Nov. 19.

Lee noted that she voted for the Build Back Better Act last month for a few simple reasons.

“It will lower costs, cut taxes, create jobs, and give working families support so they can achieve the promise of the American dream, something that has evaded far too many,” she said. “With more money in their pockets, Nevadans will have the strength and security they need to get back to work, put food on the table, and afford the health care they need.”

Lee also said that the Build Back Better Act will lower the burdensome costs that families face every day, from child care to health care to family care and more, while also delivering the largest middle-class tax cut in a generation with the extension of the expanded Child Tax Credit.

Further, according to Third Way, the historic and groundbreaking middle-class tax cuts and cost protections for families in the Build Back Better Act will have an outsized effect on working and middle-income families with children.

Lee also noted that researchers said that the savings do not include additional benefits that families can expect to receive under Build Back Better.

“Not included in this calculation are the benefits families could receive, such as universal Pre-K if they had a 3- or 4-year-old child, new housing subsidies, or SNAP benefits, among many others,” according to Lee’s release. “Also, not included in our analysis is that workers with no children may also benefit from a higher Earned Income Tax Credit.”