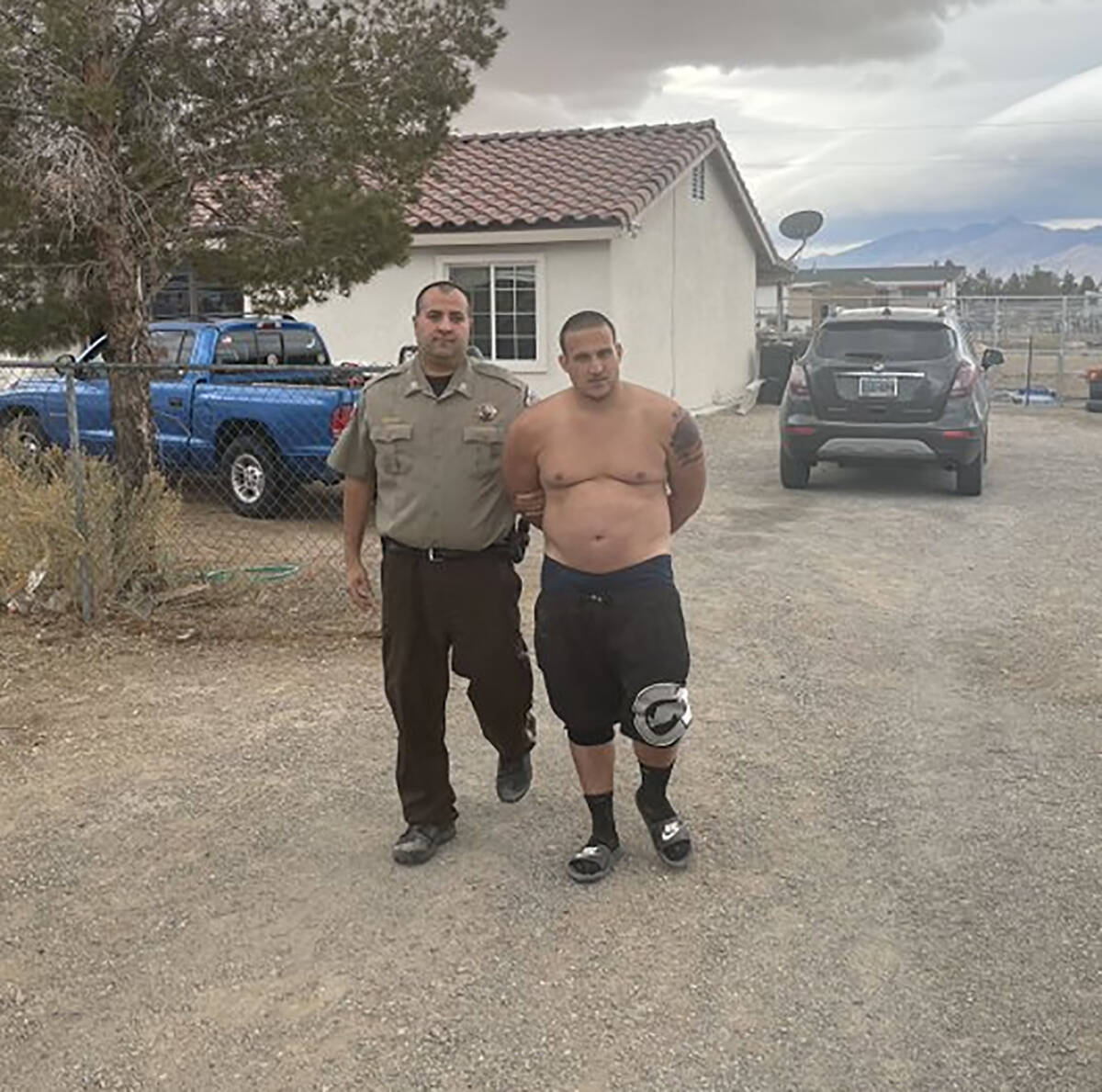 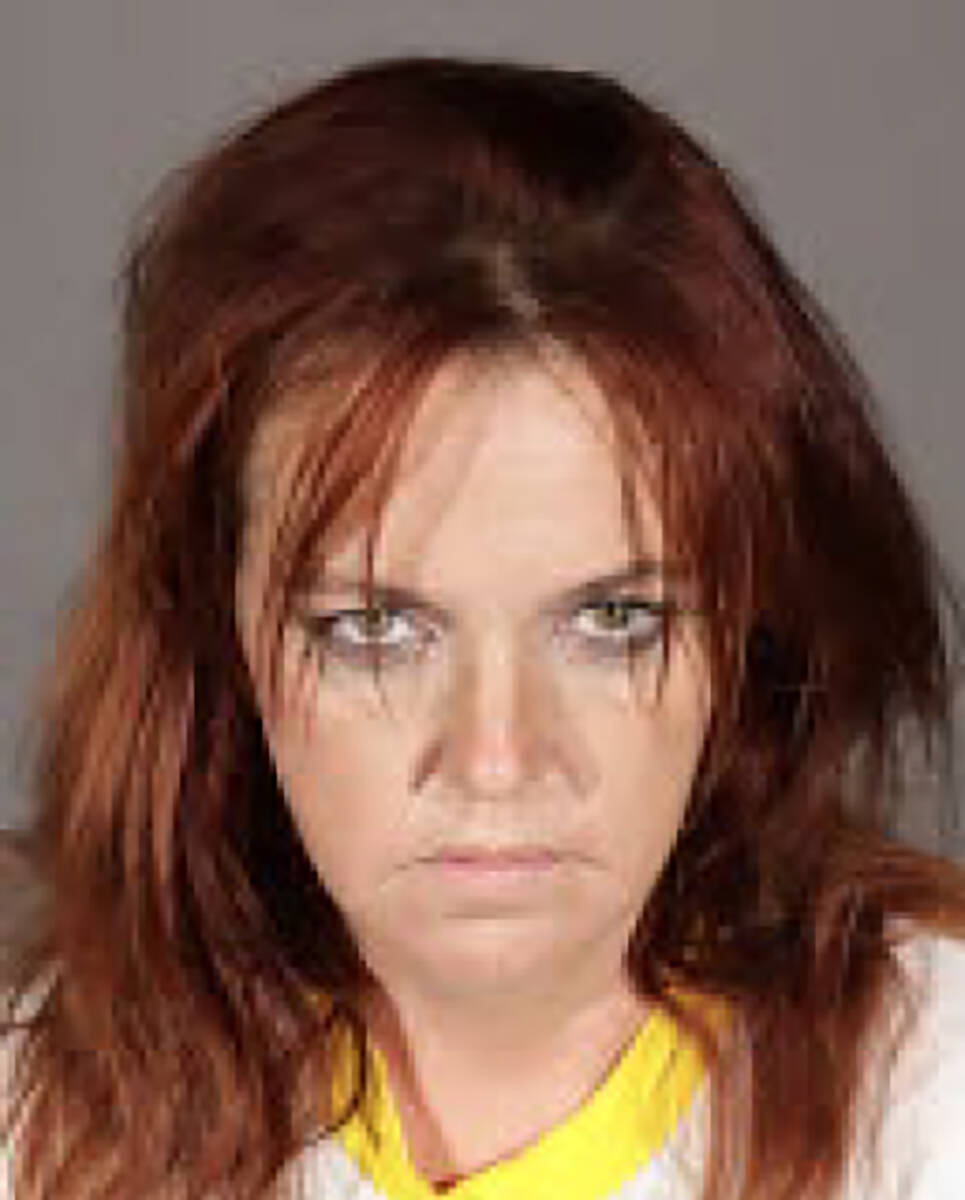 Special to the Pahrump Valley Times Kelly Harwell, 37, from California, who remains at large as of Thursday afternoon Dec. 9, is in possession of the stolen vehicle described as a white 2008 Dodge 1500 pickup truck, according to the sheriff’s office.

Nye County Sheriff’s Office deputies and detectives have captured one of two individuals suspected of several burglaries and the theft of a vehicle.

As stated in a Nye County Sheriff’s Office video news release Thursday morning, Capt. David Boruchowitz said the male and female suspects were caught on video surveillance in the Burson Ranch and Mountain Falls areas, allegedly burglarizing vehicles as they walked with their dog.

“The videos identified a male and female walking through the neighborhoods,” he said. “The male was seen going through numerous vehicles and ultimately steals one vehicle from the Mountain Falls community.”

Just a few hours after posting surveillance footage on the sheriff’s office website, the male suspect, identified as Eric Burdett, a fugitive parolee from California, was arrested.

The at-large fugitive female, identified as Kelly Harwell, 37, also from California, is in possession of the stolen vehicle, described as a white 2008 Dodge 1500 pickup truck, according to the sheriff’s office.

Anyone with information regarding the whereabouts of Harwell is urged to contact the sheriff’s office at 775-751-7000, or confidentially at sheriff@co.nye.nv.us.