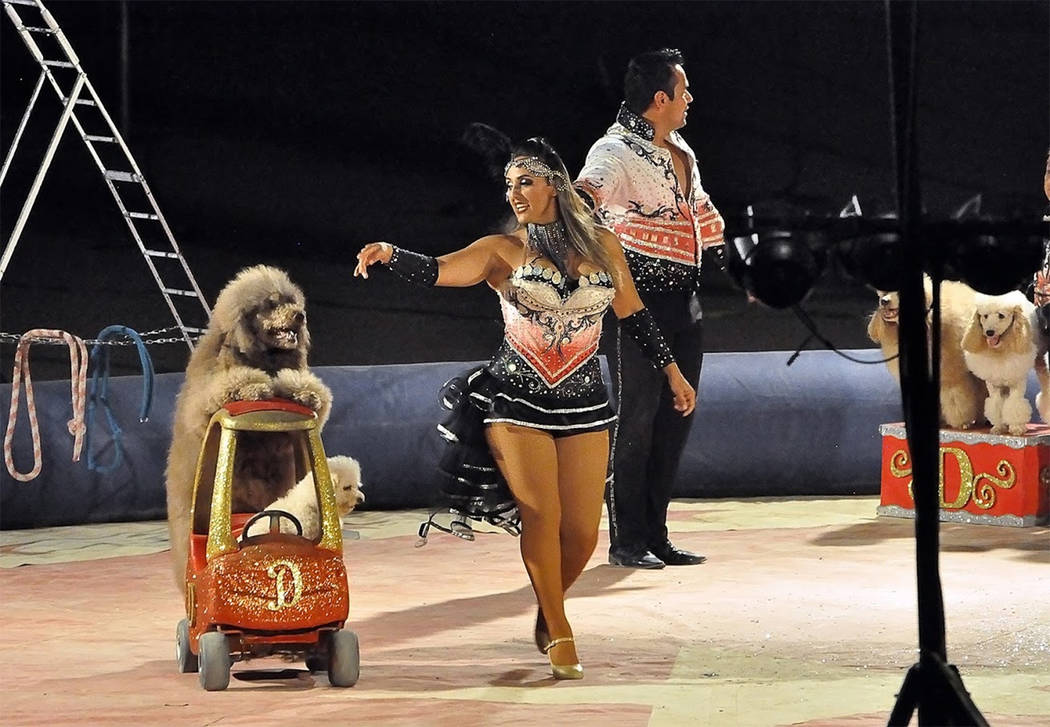 Horace Langford Jr./Pahrump Valley Times A performer works what's known as the "Poodle Review"," much to the delight of audience members. 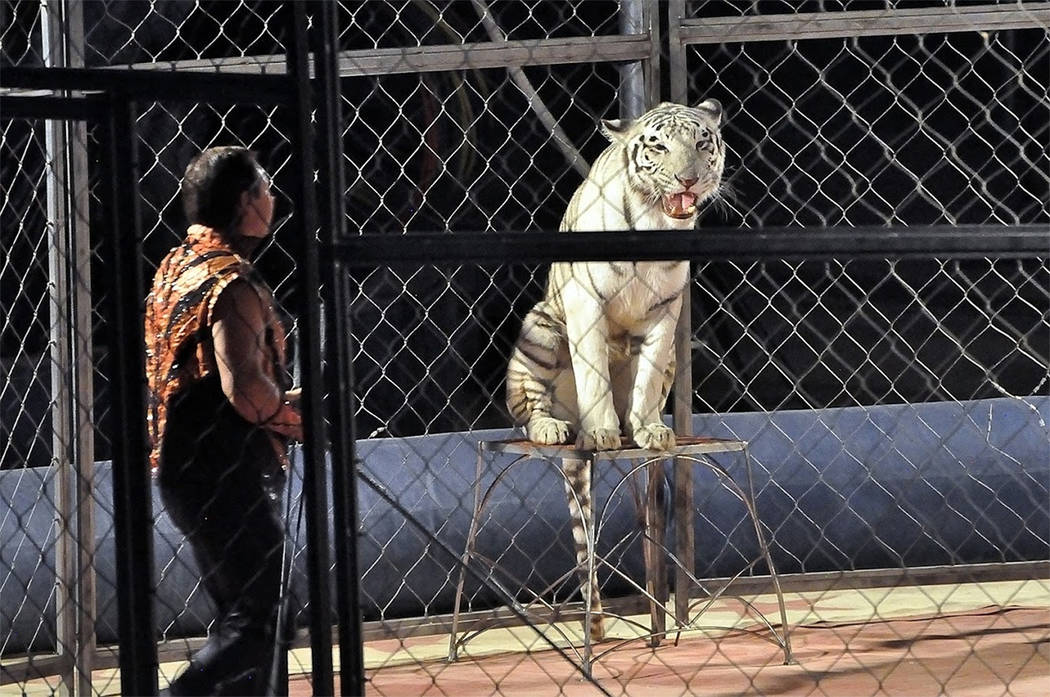 Horace Langford Jr./Pahrump Valley Times As a fourth generation performer, tiger enthusiast Adam Burck entertained attendees as he interacted with several of the animals in the center ring. 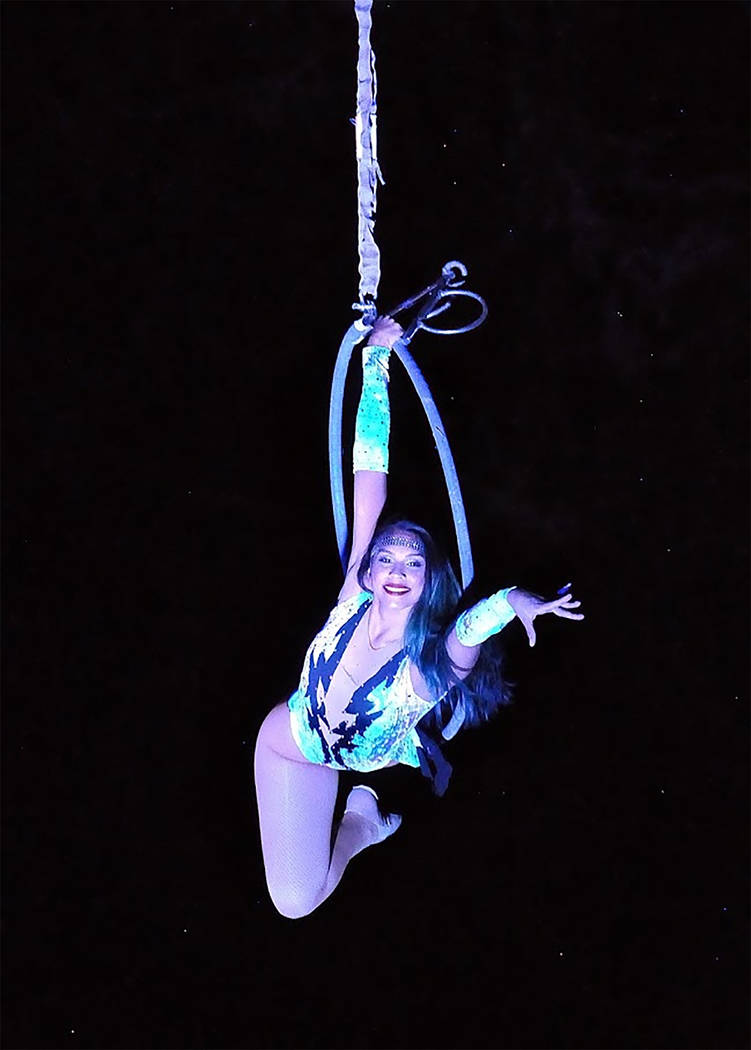 Horace Langford Jr./Pahrump Valley Times An Aerialist undertakes daring moves, with a smile as she performs on a ring high above the audience at McCullough Arena on Saturday Sept. 14. 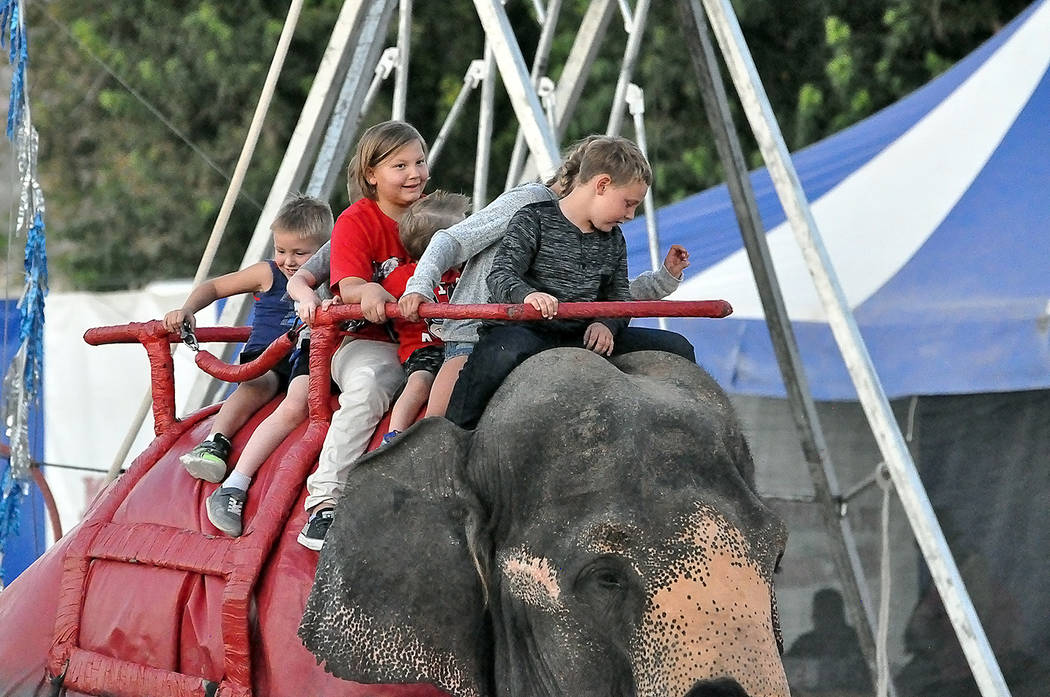 Horace Langford Jr./Pahrump Valley Times Several kids got the chance to ride an elephant, prior to the main events later in the evening at the Jordan World Circus. 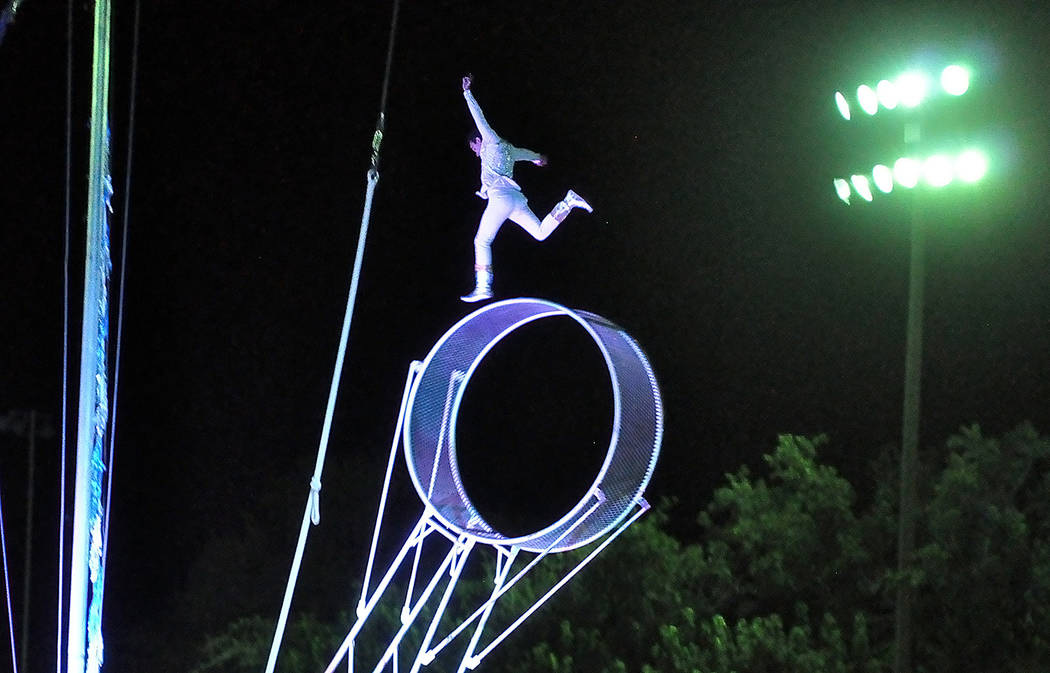 Upward of 200 area residents took in the sights and sounds of the Jordan World Circus at McCullough Arena in Pahrump Sept. 14.

On its social media page, Jordan World Circus is billed as one of North America’s premier traveling three-ring circuses, owned and produced by Jody and Melanie Jordan of Las Vegas.

During Saturday’s performance in Pahrump, attendees were treated to aerial performers, quick-change artists, and an act featuring tigers.

While standing in line waiting to purchase popcorn and snowcones, Taylor Richards, of San Diego, California said he decided to take his family to the event to enjoy the acts, as he did years ago.

The Richards were traveling through Pahrump after visiting Death Valley.

“When I was a kid, my parents took me to circuses when they came to town,” he recalled. “I just remember being amazed by the trapeze artists and the elephant acts. I just wanted to share that same experience with my wife and two sons.”

Aside from merely watching the various acts, the circus also allowed children to get in on the action by way of elephant and pony rides.

After performances in Elko and Ely, Nevada earlier this week, the next stop for the Jordan World Circus is scheduled tonight, Sept. 20, in Hurricane, Utah.