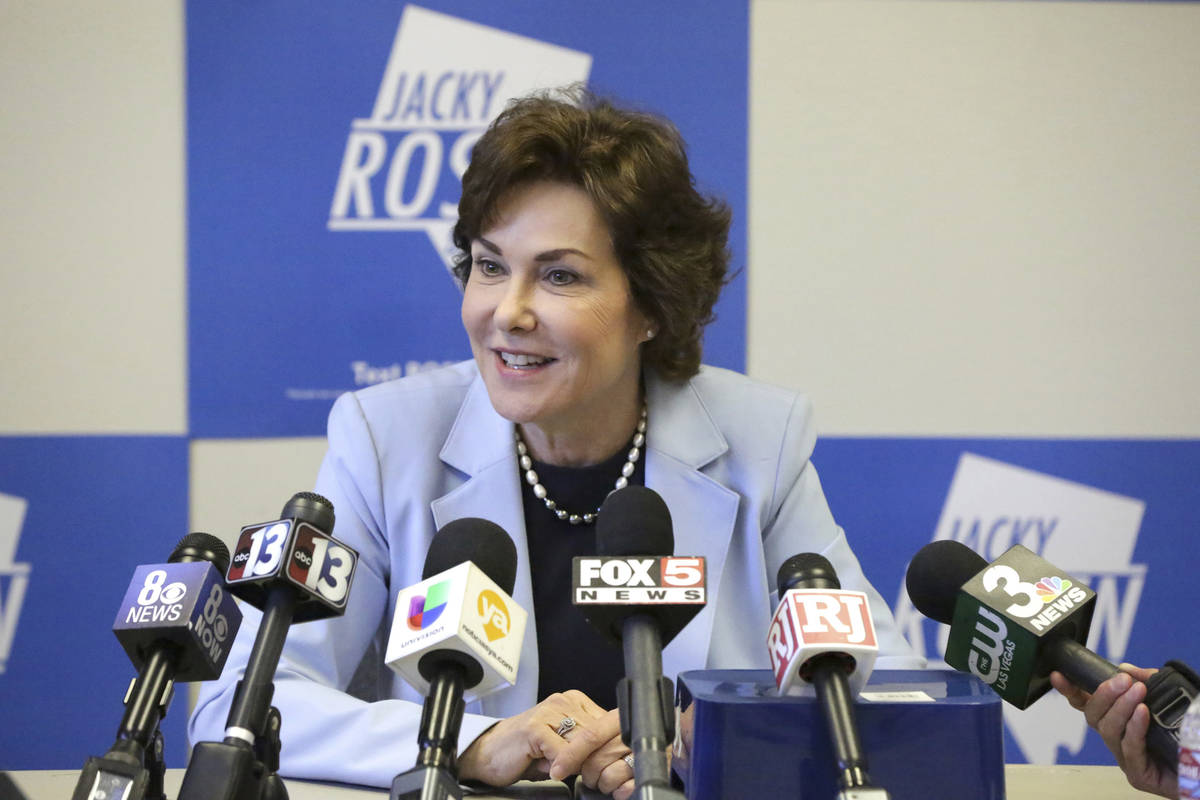 “I think that our businesses are quite capable and willing to help to do everything they can to bring people back inside,” Rosen said at a news conference following a tour of the New York-New York resort and T-Mobile Arena with MGM Resorts International executives.

Rosen, who was recently named chair of a subcommittee on tourism, trade and export promotion within the Senate’s Commerce Committee, said businesses and the state must continue to have a robust testing and tracing program to ensure that, if people are not getting vaccinated, there are not further outbreaks and loss of life. However, this must be balanced with the state’s tourism-based economic livelihood, she said.

“We’re going to have to find a good way to compromise and protect everyone,” Rosen said. “I’m not sure a passport is the way to go forward. I think that we can do a lot of other things to build consumer confidence to reconvene.”

John Flynn, vice president of administration at MGM, added the state is nearing the 60 percent vaccination commencement threshold needed for casinos to resume 100 percent occupancy. As of Tuesday, about 46 percent of the population has had at least one COVID-19 vaccination dose, per state records.

MGM offers rapid testing and vaccine passport technology as an option for groups hosting conventions, but it is not mandated.

While President Joe Biden’s administration decided against a vaccine passport requirement last month, the European Union, Canada and private companies in the U.S. continue to weigh the option as a travel or convention entry requirement.

Rosen noted the Vegas Golden Knights were recently approved for 50 percent capacity for the rest of the National Hockey League season, up from just 15 percent in March.

As they surveyed the empty arena — with half of the seats marked in red for distancing purposes — T-Mobile Arena Vice President and General Manager told Rosen that greater capacity meant more Nevadans returning to work.

“Getting people back to work is the most important thing you can do,” Rosen replied.