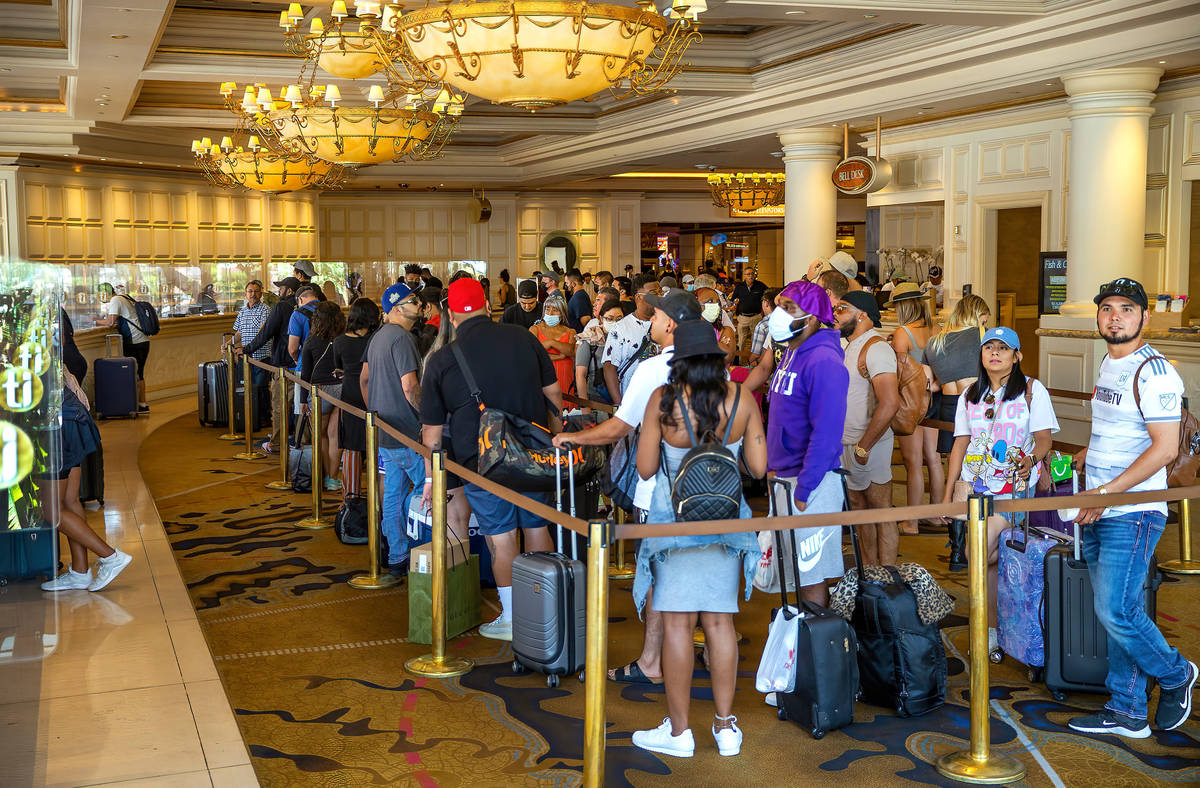 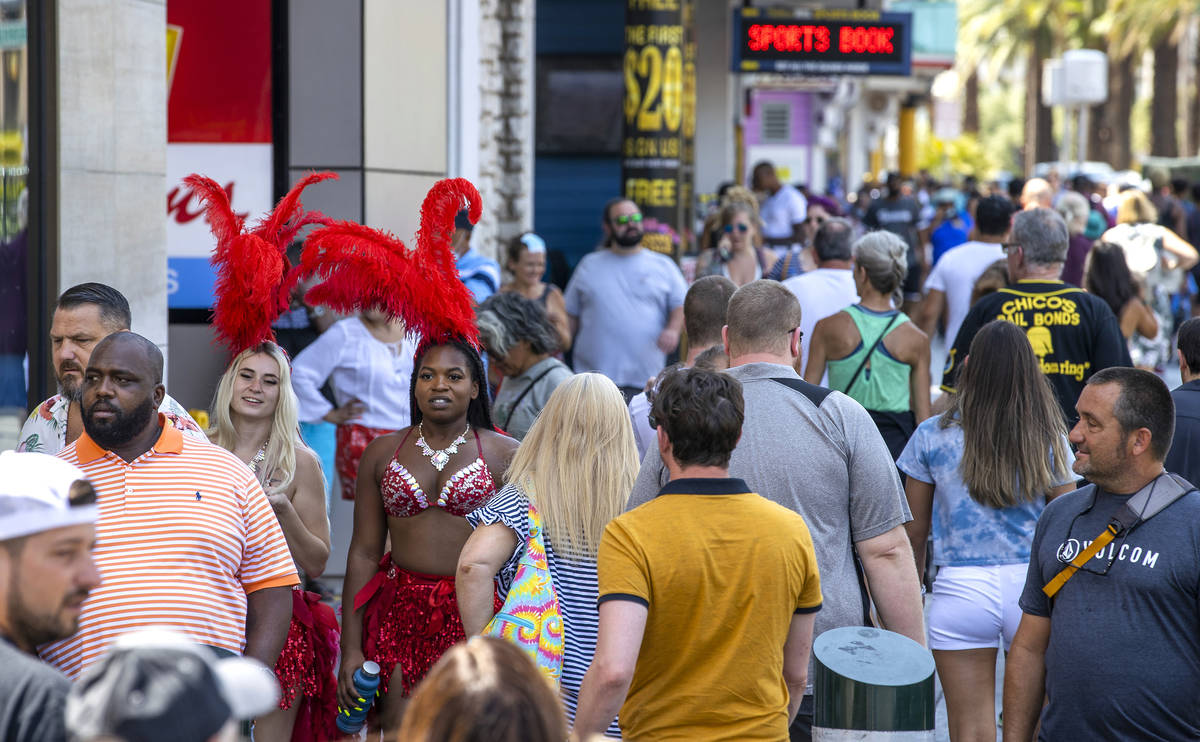 People walk along the Strip near The Venetian, most not wearing mask, on Friday, July 16, 2021, in Las Vegas. The Southern Nevada Health District is now recommending that vaccinated and unvaccinated people wear masks in crowded indoor public places. (L.E. Baskow/Las Vegas Review-Journal) @Left_Eye_Images 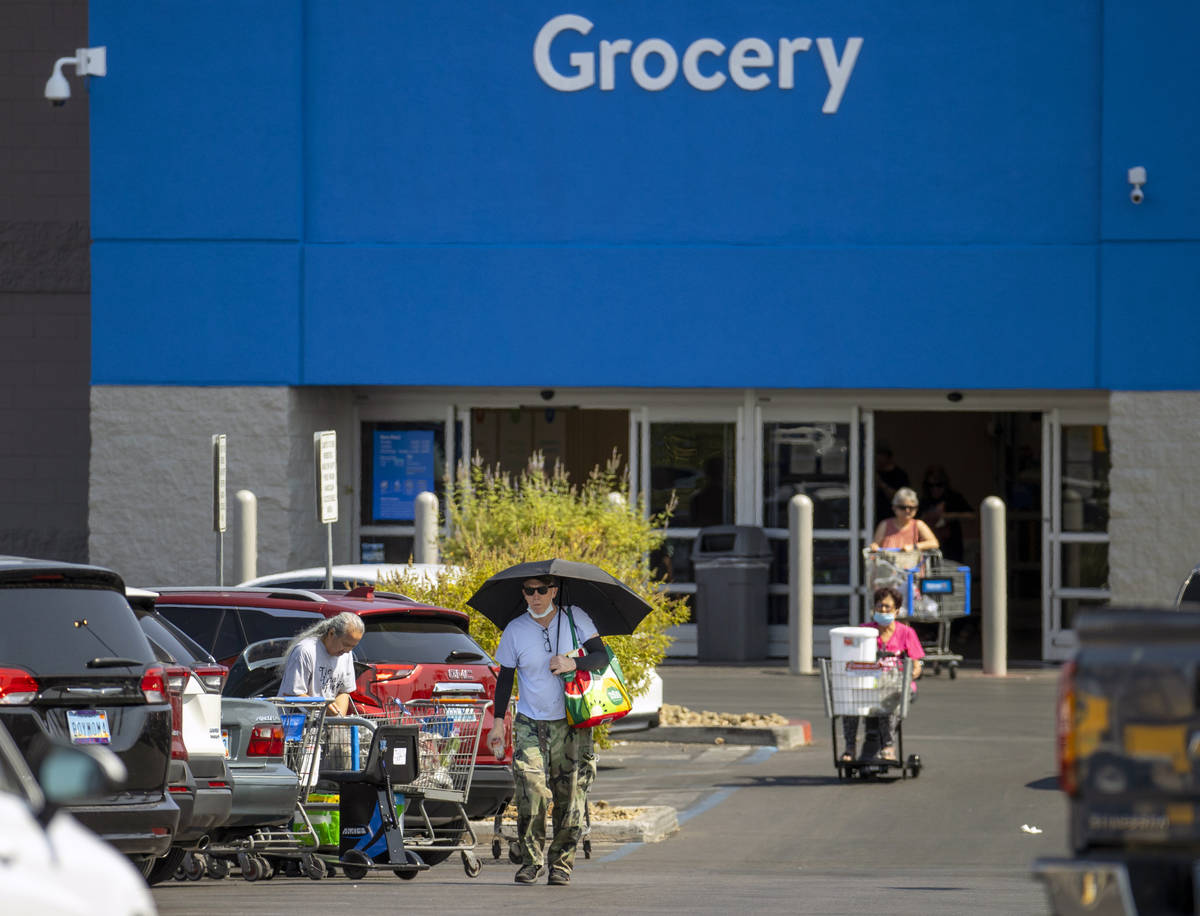 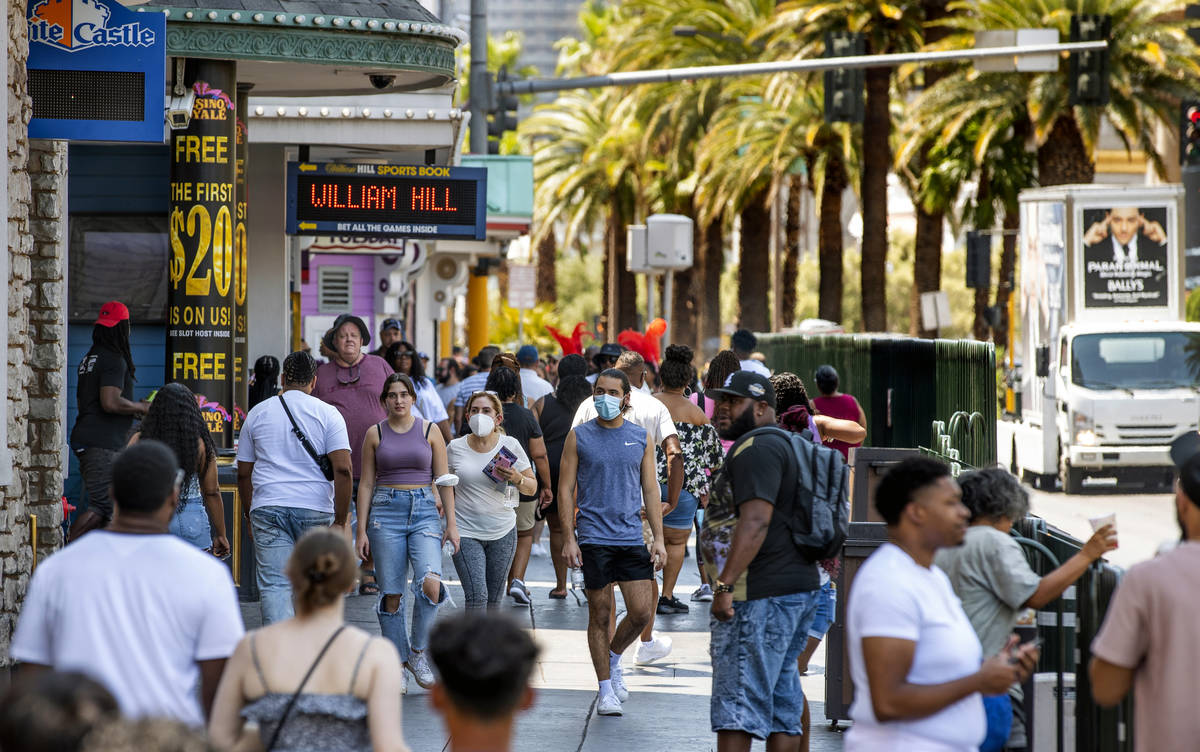 People walk along the Strip near The Venetian, most not wearing masks, on Friday, July 16, 2021, in Las Vegas. The Southern Nevada Health District is now recommending that vaccinated and unvaccinated people wear masks in crowded indoor public places. (L.E. Baskow/Las Vegas Review-Journal) @Left_Eye_Images

The mask is back.

The Southern Nevada Health District on Friday recommended face masks for everyone — both those who are vaccinated against COVID-19 and those who are not — in crowded indoor public places.

Previously, Nevada and local authorities were adhering to guidance from the Centers for Disease Control and Prevention that advised only unvaccinated individuals to wear masks in crowded indoor settings.

The health district’s recommendation comes as COVID-19 test positivity rates, case counts and hospitalizations continue to increase in Southern Nevada, which has been designated as a “sustained hotspot” for the disease by the federal government.

“Using masks correctly has proven to be effective in helping to prevent people from getting and spreading COVID-19,” the health district said in a news release. “With the rise in cases and slowing vaccine rates in Clark County, the health district’s recommendation to wear masks in crowded public settings, including grocery stores, malls, large events, and casinos, is a step to fully utilize the tools we have available to stop the pandemic.”

At a news briefing Friday afternoon, district health officer Dr. Fermin Leguen said, “At this point, we are making a strong recommendation to the public and our business community.”

Whether the health district ultimately will call for a requirement that masks be worn will depend on the community’s response over the next few days, said Leguen. He noted that the public health agency does not have the authority to impose a mandate and that a state or local government would need to implement such a rule.

Meanwhile, a representative of the Vegas Chamber said that the business organization next week would begin requiring all individuals at its events and in its offices to wear masks.

“In addition to a public health issue this is an economic issue, which is why as an organization we are going to require full masks at our events and place of business,” said Cara Clarke, the chamber’s vice president of communications. “And we’re encouraging other businesses to do the same because we want to keep Las Vegas open.”

On the Las Vegas Strip, crowds were thin and masks were scarce in the early afternoon. While playing in the Treasure Island casino, most with masks chose to wear them below the chin or hang them from the ear. And many tourists were surprised to hear recommendations, especially aimed at people already vaccinated.

“I’ve been vaccinated so it’s kind of a bitter pill to throw on a mask now,” said Greg Allen Ross of Canton, GA.

None of the Ross family members wore masks as they walked near Margaritaville near Treasure Island. Ross said they would likely not put them on unless the state began mandating them again.

“I’ll do whatever Dr. Fauci and the state of Nevada tells me to do,” said Ross.

While taking photographs outside the Venetian, Edgar Gonzalez from San Diego, CA learned of the recommendations, which he called “useless.” Gonzalez, who contracted COVID-19 last year and is vaccinated, hopes that governments do not revert to mandating the mask rule.

“It’s really unnecessary at this point and it’s not good to create all this fear,” Gonzalez said.

At Smith’s Food and Drug on W Flamingo and S Fort Apache Roads, only about a third of customers wore masks as they trickled in and out. The grocery store, owned by Kroger, updated its policy May 20 to no longer require masks for fully vaccinated customers and associates.

Josephine Tate, a 20-year resident of Las Vegas, was less than enthused to hear the district’s recommendation includes people who are vaccinated. She said the constant changing of guidance on masks can lead people to believe vaccines are not effective.

“What is the whole point of getting vaccinated if you have to wear your mask still,” said Tate. “It’s pointless.”

But Audrey Hawthorne, who had just finished loading her shopping bags into the car, said the new recommendations wouldn’t affect her. Despite being vaccinated, Hawthorne continues to wear a mask when out in public. She has no plans to stop.

“We been doing it for over a year now so you get so used to it,” said Hawthorne, while shrugging her shoulders. “I guess it’s a habit now.

The health district’s recommendation comes a day after Los Angeles County announced it would be requiring everyone to again wear masks in all indoor settings. It also follows a recommendation by the county’s top health official that residents reconsider traveling to Nevada and other states where COVID-19 rates are increasingly high, particularly if they are unvaccinated.

Currently about 52 percent of Clark County’s population is vaccinated, including about 65 percent of those 18 and older.