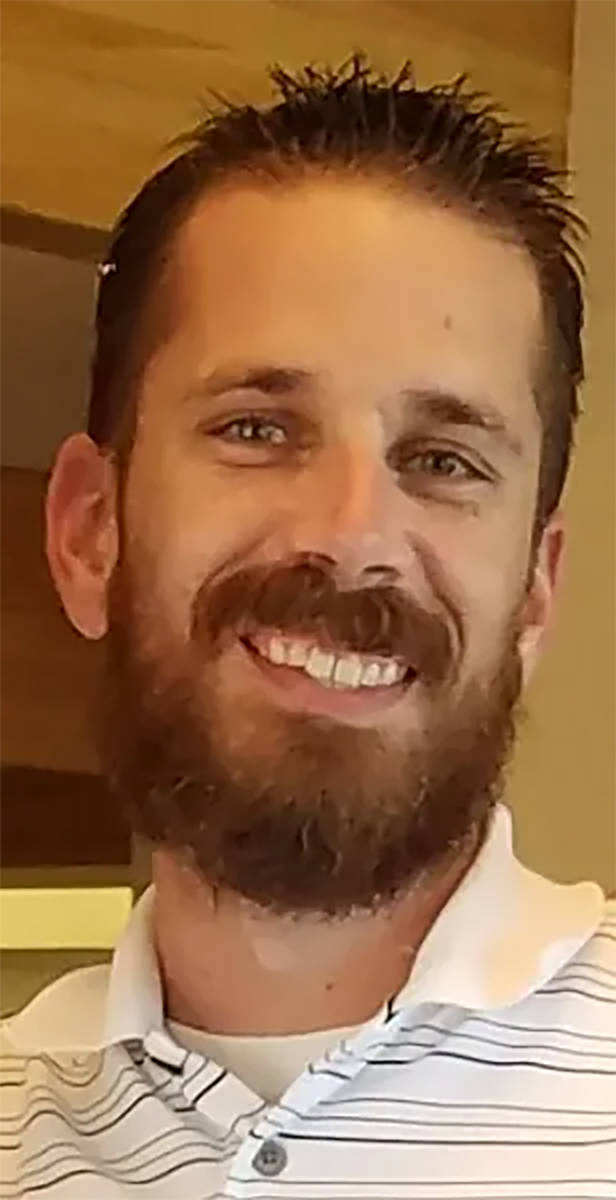 Special to the Pahrump Valley Times Clinton "C.J." Zens has been appointed to the Nevada Local Justice Reinvestment Coordinating Council as the representative for Nye County. 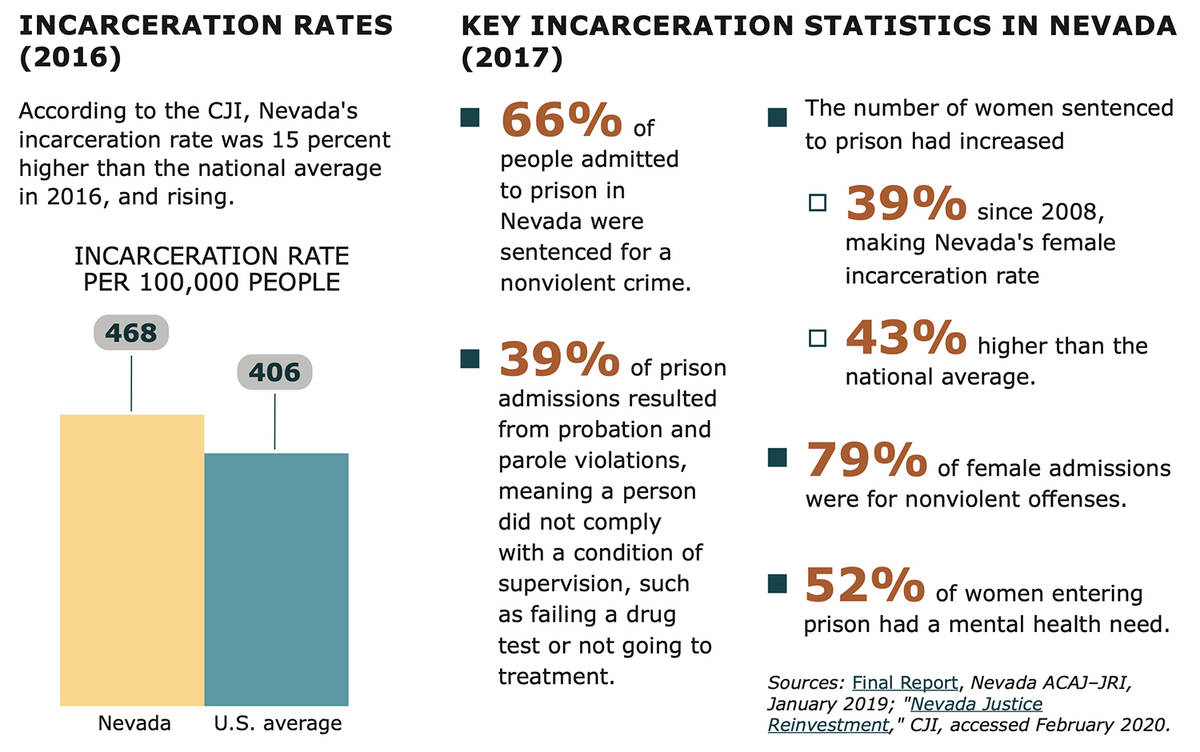 Special to the Pahrump Valley Times Provided by the Research Division of the Nevada Legislative Counsel Bureau, this photos shows some of the statistics that Nevada officials are hoping to change for the better as the state begins to address criminal justice reform.

During its Tuesday, June 15 meeting, Nye County commissioners unanimously approved the appointment of area resident Clinton “C.J.” Zens, who comes to the position with an array of education and experience that will undoubtedly prove valuable over the next two years as he works with his fellow NLJRCC members to oversee and advocate for local initiatives aimed at reforming the way the state deals with persons who have committed crimes.

Nye County Commissioner Leo Blundo opened the discussion that afternoon by noting that though he himself had expressed an interest in being appointed to the NLJRCC, he would like to nominate his fellow board member, Frank Carbone for the position. However, Carbone said he would have to decline that nomination, remarking, “I appreciate what commissioner Blundo has done but I believe that there is another individual on this list who is a hell of a lot more qualified than I am.”

Nye County Administrative Manager Samantha Tackett also noted that the state would prefer someone with a criminal justice or mental health treatment background. In addition, a formal application process was undertaken, so she said it would be best for the commission to select one of the two applicants who had responded.

Commissioner Bruce Jabbour then made the motion to appoint Zens to the council, with a second by Carbone.

Zens was present at the meeting to speak with commissioners and he was obviously pleased to have the support of the board.

“I am very passionate about this job. My background is most definitely in mental health, I have been in the mental health community in this town for the past nine years. I have been a resident of Pahrump for 19 years,” Zens stated. “I love our community, I love our town and I would love the opportunity to represent us on this board provided by the state… I will do my absolute best.”

As detailed in Zens’ application, he is the owner and operator of a mental and behavioral health company in Pahrump, Aspire Therapeutic Solutions, LLC. He has been the president of this company since 2017 and his job duties include case management and coordination of rehabilitative mental health treatment in an outpatient setting. His application explains that he works directly and indirectly with patients and is skilled in the diagnosis of a variety of mental health conditions, including Oppositional Defiant Disorder, Attention-deficit Hyperactivity Disorder, anxiety, depression, Post Traumatic Stress Disorder and more.

Prior to becoming the president of Aspire Therapeutic Solutions, Zens worked at Open Arms Counseling from 2013 to 2016. Before this, Zens was also employed from 2011 to 2013 at Nevada Counseling Services/Nevada Behavioral Solutions. At both of those positions, he performed functions similar to those required by his current position.

Zens is doubly qualified for the appointment to the NLJRCC, as well. On top of his experience in the mental health industry, he also holds a bachelor’s degree in criminal justice, which was his initial field of interest.

“I originally went to school to eventually become a lawyer and achieved my bachelor’s degree in criminal justice in 2012 while concentrating on human services,” his application stated. “During my course study, we conducted a few different analyses of recidivism and how it affects the turnover of criminals in the nation. I believe my interest in the criminal justice field combined with my experience in mental health makes me a qualified candidate for the position…” Zens’ criminal justice degree was obtained from the Colorado Technical University in Colorado Springs, from which he also earned an associate degree in paralegal studies.

The only other application submitted for the position came from Daniel Griffith, a Las Vegas chiropractor, and CEO at Spring Mountain Medical.

The NLJRCC appointment is for a two-year term that will conclude in 2023.