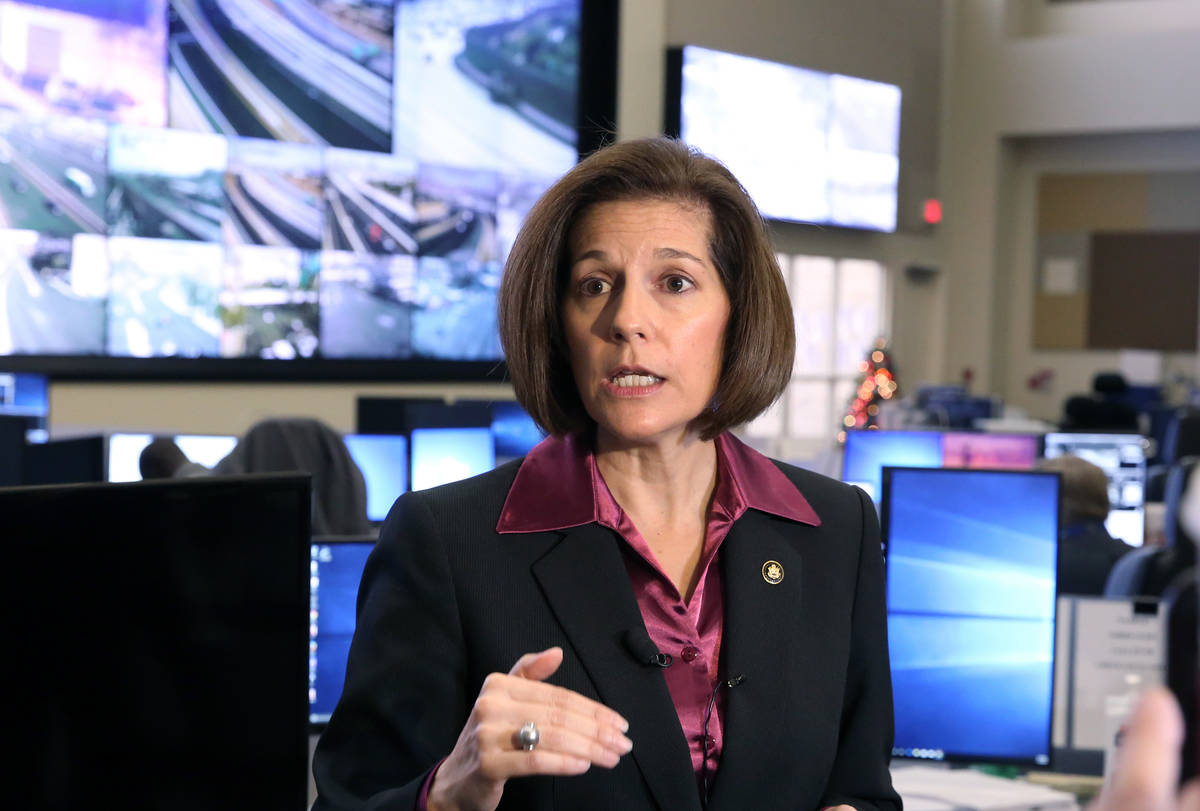 The proposal is intended for consideration in the final version of the Fiscal Year 2021 National Defense Reauthorization Act (NDAA), allows NAS Fallon to continue training for national security challenges while considering recommendations and input from conservation groups, outdoor recreation industries, ranchers, and local county and tribal governments in Pershing, Douglas, Lander and Churchill counties, according to the press release.

The proposed draft also includes Cortez Masto’s previously introduced bills to prohibit oil and gas development in the Ruby Mountains and to create a national veterans’ cemetery in Elko.

The proposed legislation received support from some tribal leaders, conservation groups, according to the press release published by the Cortez Masto office.

“With this legislation, Senator Cortez Masto has struck the delicate balance among the competing priorities of protecting public lands for important wildlife habitat and cultural values, addressing some tribal interests and making progress toward remedying historical injustices, and the vital training needs of America’s servicemen and women,” said Jocelyn Torres, Nevada-based senior field director of the Conservation Lands Foundation and Shaaron Netherton, executive director of Friends of Nevada Wilderness.

The legislation proposes that the Walker River Paiute Tribe would receive $20 million from the Navy for historic ordinance contamination on their land in addition to 9,000 acres of land that are currently managed by the Bureau of Land Management.

The bill also received criticism from other groups. For those who opposed the U.S. Navy’s proposed expansion, the proposed legislation didn’t sound like a compromise, as it gave the military almost all of the land that it had requested.

The Navy currently uses about 202,000 acres administered by the Bureau of Land Management. Under the legislation, it would expand to over 613,000 acres.

While the bill introduced by Cortez Masto would designate 156,000 acres of land as conservation areas and 331,000 acres as wilderness, it would transfer roughly 382,000 acres of federal land to Naval Air Station Fallon and the Fallon Range Training Complex and give the Navy limited access to conduct training activities on roughly 248,000 acres of public land.

The Center For Biological Diversity said in a press release that the bill gives the Navy everything that it has requested, thus tripling the size of the bombing range and “allowing entire valleys and mountain ranges to become bombing targets and a network of roads.”

“Senator Cortez Masto’s bill would be one of the biggest land grabs in Nevada’s history,” said Patrick Donnelly, Nevada state director at the Center for Biological Diversity. “Nevadans have clearly expressed their opposition to this military land seizure, yet the senator has rolled out the red carpet for the Navy to drop bombs on our public lands.”

In addition, the Fallon Paiute Shoshone Tribe released a statement opposing the proposed military expansion. In an editorial published in the Nevada Appeal, tribe Chairman Len George said that while the bill “includes payments to one tribe for historical harm from Navy bombing, the whole truth is, all the other tribes in Nevada oppose the expansion.”