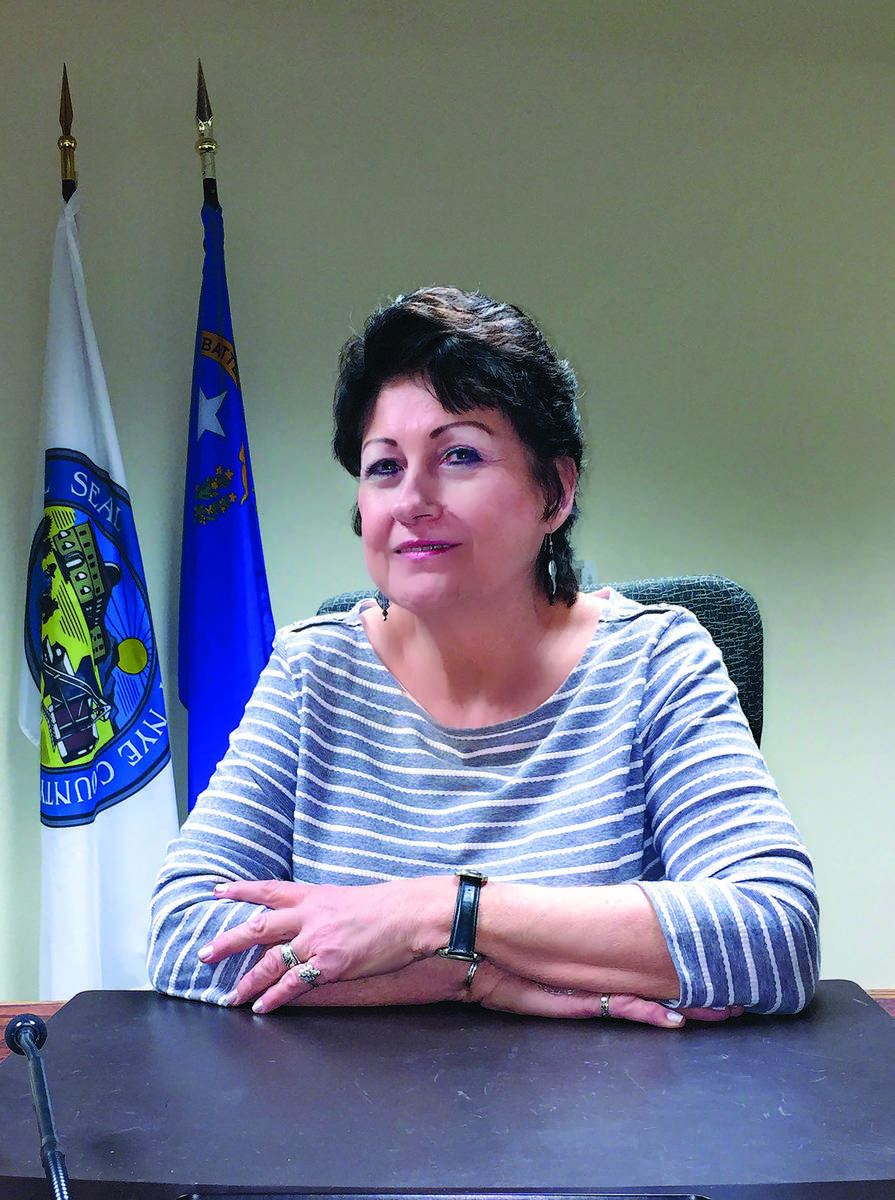 The 2020 election cycle started off with three separate commission seats slated for the ballot, those for commission districts 1, 2 and 3. However, following the outcome of the June primary election, one only seat remains to be decided, that of commission district 3 representative. Vying for the position are incumbent candidate Donna Cox, a Republican, and Independent American Party challenger Lance Roy Schaus.

Cox has been on the commission for nearly eight years and she is now seeking her third and final term as a local elected representative.

Born in Kingman, Arizona, Cox moved to Nevada when she was two and considers herself to be a native Nevadan. She and her husband raised their family in Las Vegas but there came a day when that community grew too big for their taste, so the family packed up and came to Pahrump in 1988.

“I’ve always been a people person. I started in politics in the town of Whitney when I was 22 years old and spent 12 years as vice chair of the town board there,” Cox stated.

“When she moved I ended up stepping back into the political realm, which I love,” Cox said. “There is good and there is bad to it. I try to turn the bad things into good, on a day-to-day basis.”

Cox describes herself as very constitutional and very freedom loving and as a result, “I try to throw a lot of monkey wrenches into things that I think are bad or unconstitutional,” she detailed. “The people come first. Without the people, none of us would have these jobs. I think everyone in politics needs to understand that.”

Focusing on two big projects the county is currently undertaking, Cox said she wants to continue as commissioner so she can help make certain the new animal shelter gets built and the county’s one-stop shop comes to fruition as well.

“Water and the wells, that’s a big issue,” Cox continued. “I brought forward Senate Bill 21 in 2019 (aimed at disbanding the Nye County Water District) and that kind of got the skids put on it but we are not through with that, believe me. Especially after what the water board did a few months ago, when they wanted to jack up the parcel fees.

“None of these issues are dead in the water right now, all those things are active and we’re still working on them,” Cox stated. “We are still trying to do the right thing that will save the taxpayer money in the long run, because I don’t believe in raising taxes.”

The county’s budget is another area of major concern, with Cox noting, “There is a fine line in what you do and don’t do as far as your budget… I am a strong conservative, which causes me to really watch where the money goes.”

Cox emphasized that she “cannot be bought” and strives every day to bring transparency to the commission.

“I enjoy working with the people I work with too. One of the reasons that I got into this job was because I had been hearing about how corrupt everybody is. Well, if they were, I think most of those days are gone because of people stepping in and they know they are being watched. Anybody who is doing bad things is very, very careful because I have not been able to catch them,” Cox said. “I think we’ve made a lot of headway and changes for the positive and I am pretty happy with what we have now. But if anybody has a complaint, call me, message me, I take messages all day long.”

Author’s Note: At Cox’s request, this article is the same as appeared in the Pahrump Valley Times’ Primary Election Special Section published in May.

Repeated requests to schedule an interview with Nye County Commission District 3 candidate Lance Schaus, who is running on the Independent American Party ticket, were unsuccessful as of the press deadline for this publication.