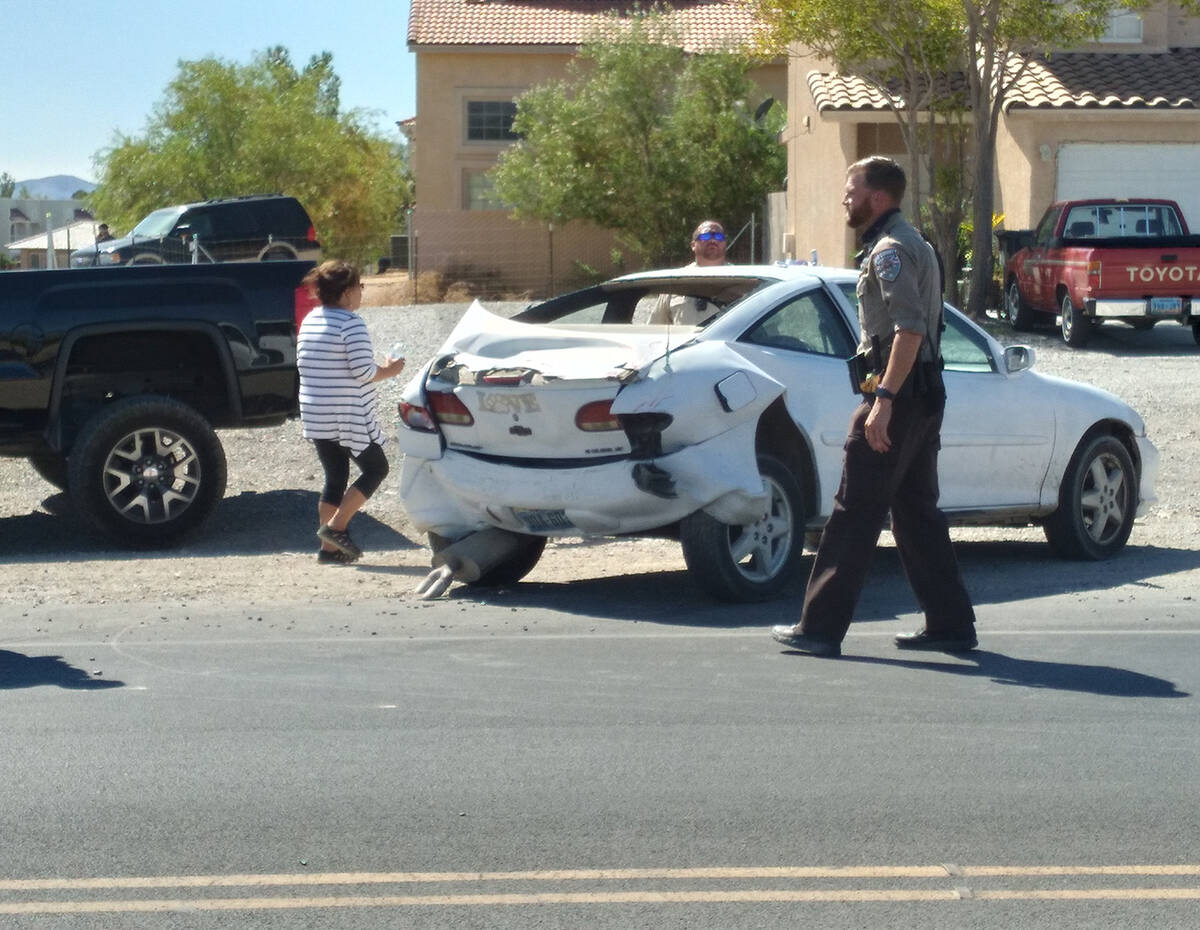 Selwyn Harris/Pahrump Valley Times Sheriff's deputies and fire crews were summoned to a two-vehicle crash along Pahrump Valley Boulevard just after 2 p.m. on Tuesday, Sept. 14. One person was transported to Desert View Hospital as a result of the collision. 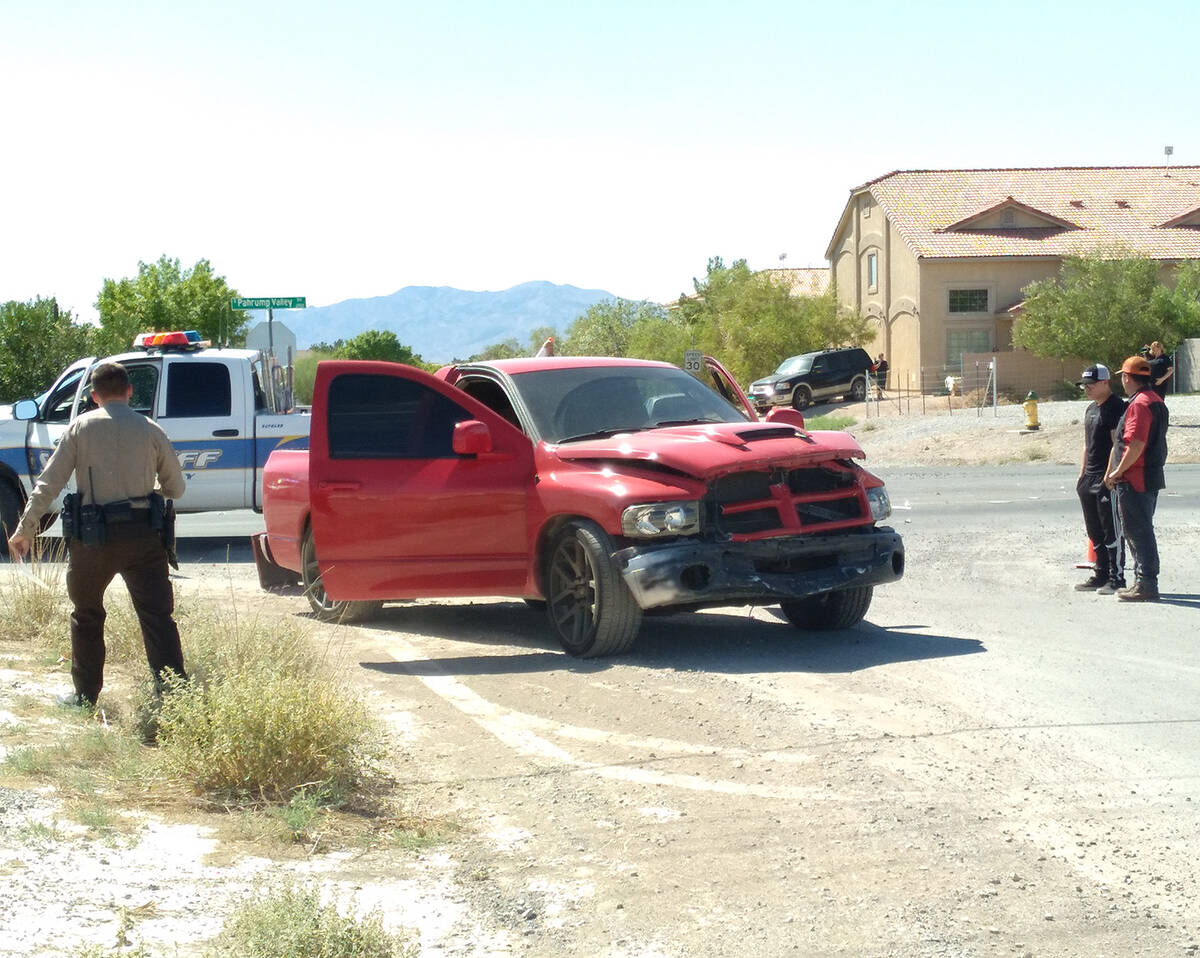 Selwyn Harris/Pahrump Valley Times Both directions of Pahrump Valley Boulevard were shut down to traffic between Arrowhead and Bourbon Street. The initial investigation revealed that the driver of a Dodge pickup truck rear-ended a small compact vehicle.

The collision forced the closure of Pahrump Valley Boulevard between Bourbon and Arrowhead streets as crews worked to clear the scene, while a Nye County Animal Control officer responded to secure a dog that was inside the white vehicle.

The animal was not injured.

After the driver of that vehicle was medically assessed by paramedics, she was subsequently taken to the hospital.

Though the extent of her injuries was not disclosed, she is expected to make a full recovery.

The sheriff’s office is investigating the exact cause of the crash, which caused significant damage to both vehicles.