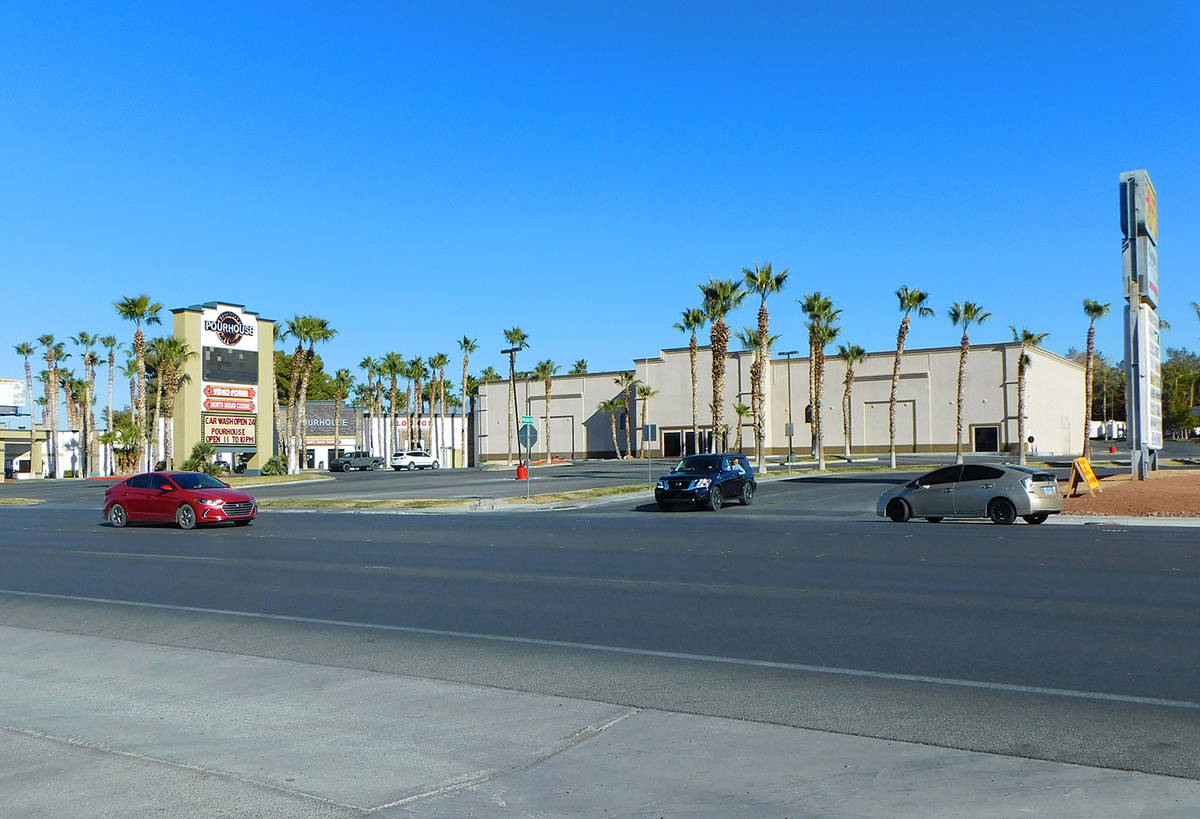 Robin Hebrock/Pahrump Valley Times This photo, taken Wednesday, Dec. 2 shows the intersection of Highway 160 and Postal Road, where a new crosswalk is expected to be in place and functioning by the end of the year. 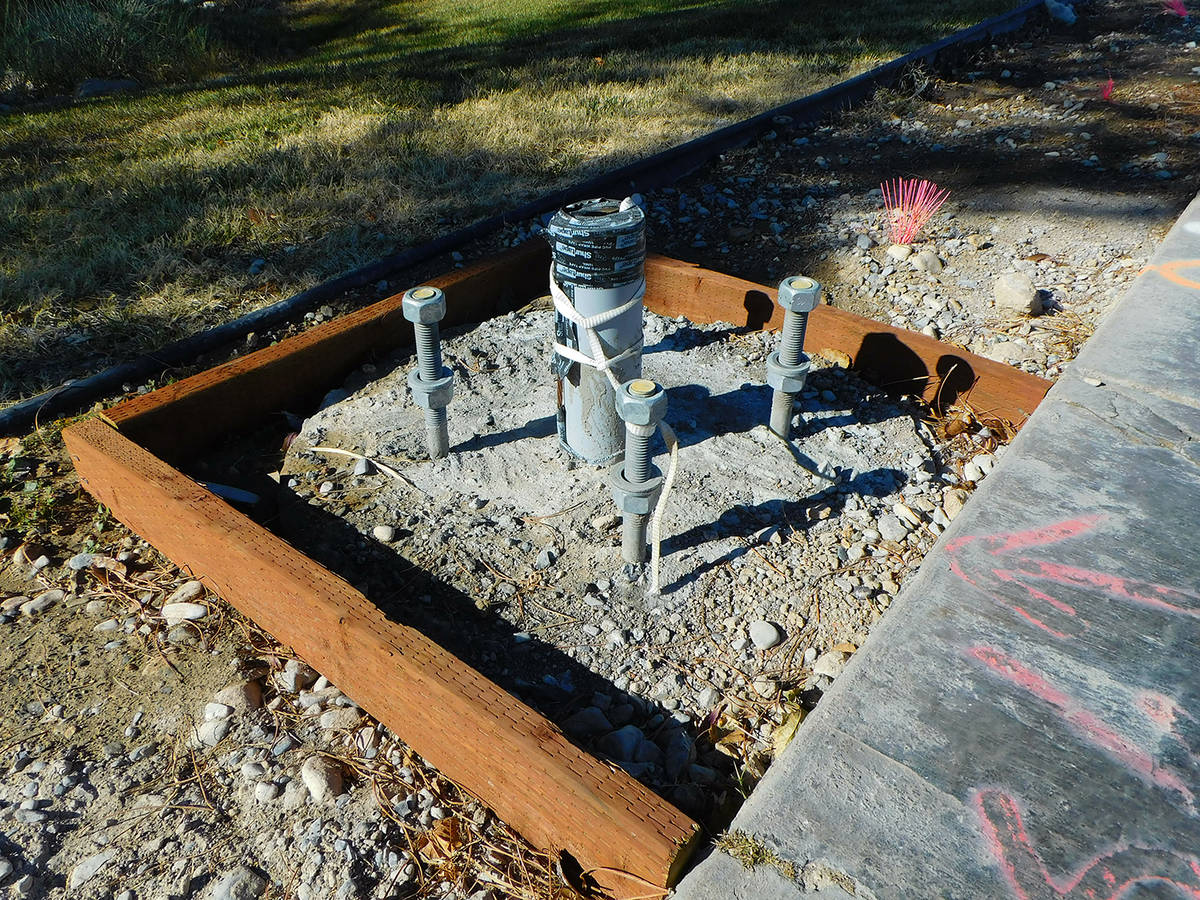 Robin Hebrock/Pahrump Valley Times Signal pole foundations for the flashing beacon that will span the new crosswalk in Pahrump, as well as foundations for two new streetlights, have already been installed at the site.

That crosswalk is set to span the very busy stretch of Highway 160 between Postal Road and the Saddle West Hotel and Casino parking lot. With a mile or more to the next available pedestrian crossing, this is an area where residents and visitors are often spotted jaywalking, taking risks themselves and posing a danger to traffic at the same time.

To solve the issue, Nye County began working with the Nevada Department of Transportation more than two years ago to get the crosswalk installed and it is finally on the cusp of becoming a reality.

There is now a slight hitch in the momentum of the project, with Dahl reporting, “As far as I’m aware, the state is still working with VEA to come up with a solution to providing power on the east side of the highway. So the contractor has basically pulled all their cones out and pulled all their crews away from there until that agreement can be made.”

The Pahrump Valley Times reached out to NDOT Public Information Officer Tony Illia to learn where the department was at with the project and Illia replied, “Yes, we have suspended work on the $246,775 upgrade to the State Route 160 intersection at Postal Drive in Pahrump, which began on Oct. 5. We are waiting for Valley Electric Association to install conduit and a power conductor across a private property.”

Illia said the reason for the unexpected, temporary pause in construction was a miscommunication about the conduit and power conductor portion of the project. Valley Electric owns the easement in which that infrastructure must be placed and therefore, NDOT contractors are not able to do the work themselves, Illia explained.

Despite the brief interruption in work, however, there should be no delay in completion, with the project still anticipated to wrap up by the end of December, as originally expected.

“The project’s general contractor, MC4 Construction, was ahead of schedule and they were working toward an early completion this month. As such, the project should still finish within its contractual 50-working-day schedule, provided that this work (by VEA) can be addressed within a reasonable time frame,” Illia stated.

Improvements call for placing two new streetlights, adding crosswalk pavement markings and installing a pedestrian push-button activated overhead rapid flashing beacon, such as the one located at the intersection of Highway 160 and Calvada Boulevard. Dahl noted that much of the remaining work will take place at night, when there is less traffic on the road.