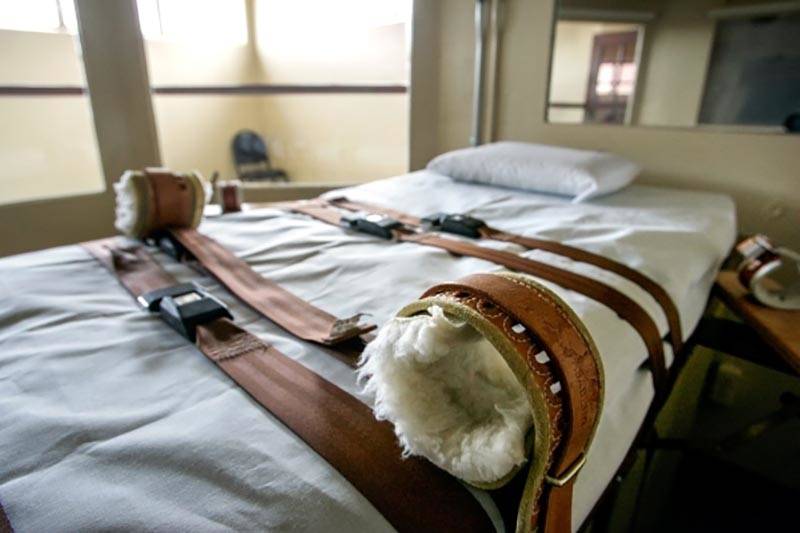 Nevada could become the 24th state and the second this year to abolish capital punishment following the introduction of an Assembly bill Wednesday that would eliminate the death penalty and commute existing death sentences to life without parole.

Assembly Bill 395 was introduced the same day that Virginia became the latest state, and the first in the South, to end capital punishment. It was second only to Texas in the number of people executed for capital crimes since the Supreme Court reinstated the death penalty in 1976.

The Assembly measure is actually the second such bill introduced this session. It goes further than Senate Bill 228, introduced last week by Sen. James Ohrenschall, D-Las Vegas, by commuting death sentences in addition to abolishing them going forward. The Assembly Judiciary committee sent draft legislation to the floor for introduction Wednesday, and the committee chair said he would give the bill a hearing. Similar bills introduced last session were never heard.

“I don’t know that anything is different (this session), we’ll find out,’’ said Assemblyman Steve Yeager, D-Las Vegas, the committee chair. “But I thought it was certainly something worthy of discussion this session, given where we are as a state on the issue and given where the country is.”

Nevada has carried out 12 executions since capital punishment was reinstated, the last in 2006, according to the Death Penalty Information Center. A January poll cited by the organization found a slight plurality of Nevadans favor replacing the death penalty with a sentence of life without parole by a margin of 49 percent to 46 percent.

Ohrenschall, the sponsor of the Senate bill, said he was “hopeful” the effort will succeed this year.

“I think the fact that the state still has not been able to get the chemicals required for (lethal injections) we have a de facto moratorium,” he said “It’s a big expense for the criminal justice system and for the Department of Corrections to have a penalty that is not being used, cannot be used and I think does not have the deterrent effect that we would hope, and I think that’s been proven over and over again.”

Assemblyman Tom Roberts, R-Las Vegas, a retired Las Vegas Metro police assistant sheriff, agreed that both the cost and lack of deterrent made the bill “obviously worth a look” but said he had not made a decision.

“When’s the last time we put anybody to death in the state of Nevada?” he said Wednesday. “I don’t know if it’s an effective strategy in deterring crime. It’s very costly to incarcerate people and in the appeals process.”

The effort faces challenging odds, even among Democrats, who control the Legislature and hold the governor’s office. Gov. Steve Sisolak, a onetime opponent, said in the aftermath of the Oct. 1, 2017, mass shooting at the Route 91 Harvest festival in Las Vegas that he would support capital punishment in extreme cases. A single gunman killed 60 people in that attack, the worst mass shooting in modern U.S. history.

Sisolak declined to take a question on his death penalty position in a news conference last week to outline the state’s latest actions under its COVID-19 response.

Senate Majority Leader Nicole Cannizzaro, D-Las Vegas, a prosecutor, demurred Wednesday on questions about either bill, saying lawmakers were having “ongoing conversations” on “all things criminal justice,” citing a number of other pending reform bills.

Asked about the death penalty, she noted a lot of differing opinions and said it was “something that I’m open to hearing and having a discussion if that comes to the Senate.”

No committee hearing has yet been scheduled.