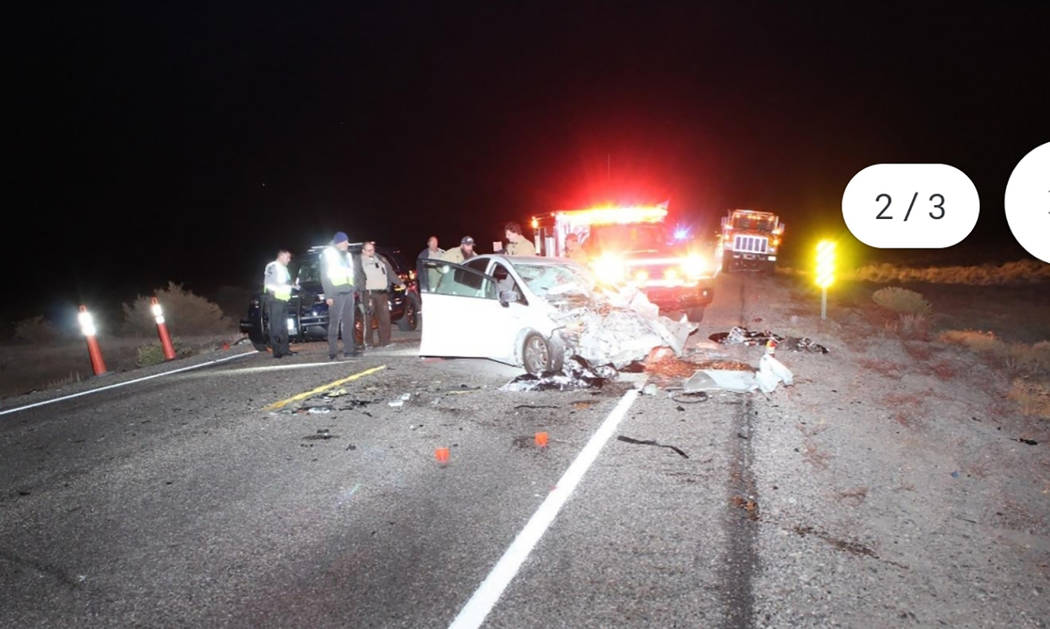 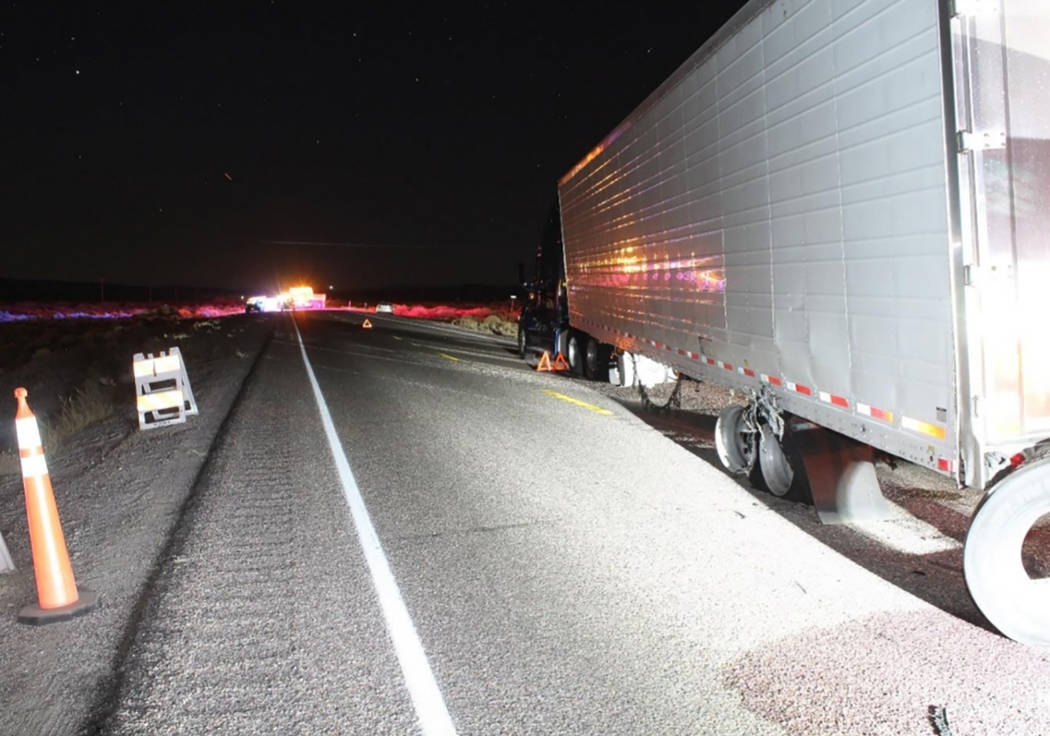 A driver who died when her car collided with the tractor-trailer rig in rural Nye County earlier this month was identified Monday as a 21-year-old Arizona woman.

Claranisha Alexis Johnson of Glendale, Arizona, was killed in the Nov. 4 crash along U.S. 95 north of Beatty, the Nevada Highway Patrol said in a news release.

Johnson was driving a Toyota Prius south on the highway when the crash occurred shortly after 5 p.m.

At the same time, a Freightliner Cascadia tractor-trailer, a 2018 Ford Fusion and a 2004 Lexus ES330 were traveling northbound on U.S. 95 approaching the Toyota, the NHP said in its statement.

The Ford was directly behind the tractor-trailer and the Lexus behind the Ford.

“The Lexus then attempted to pass the line of vehicles in front of it,” the NHP said. “Upon passing the other vehicles, the Lexus abruptly re-entered the northbound travel lanes directly in front of the Freightliner in order to avoid colliding head-on with the Toyota.

At the same time, the Toyota began to brake and entered the right shoulder.

“The driver of the Toyota then over-corrected and began to rotate while entering the northbound travel lane where the front of the Toyota struck the left side of the tractor-trailer and continued underneath the truck’s trailing unit causing the trailer’s left-side wheels to ride over the top of the Toyota,” the NHP said.

“In an attempt to avoid colliding with the other vehicles, the Ford entered its right dirt shoulder where its undercarriage struck the downhill embankment.”

Johnson was pronounced dead at the scene.

A passenger in the Toyota and driver of the Ford were transported to University Medical Center in Las Vegas.

According to witnesses involved, the Prius did not have its headlights illuminated, the NHP said.

No other names were released.

The crash shut down traffic in both directions for hours on the highway that connects the Las Vegas and Reno regions.