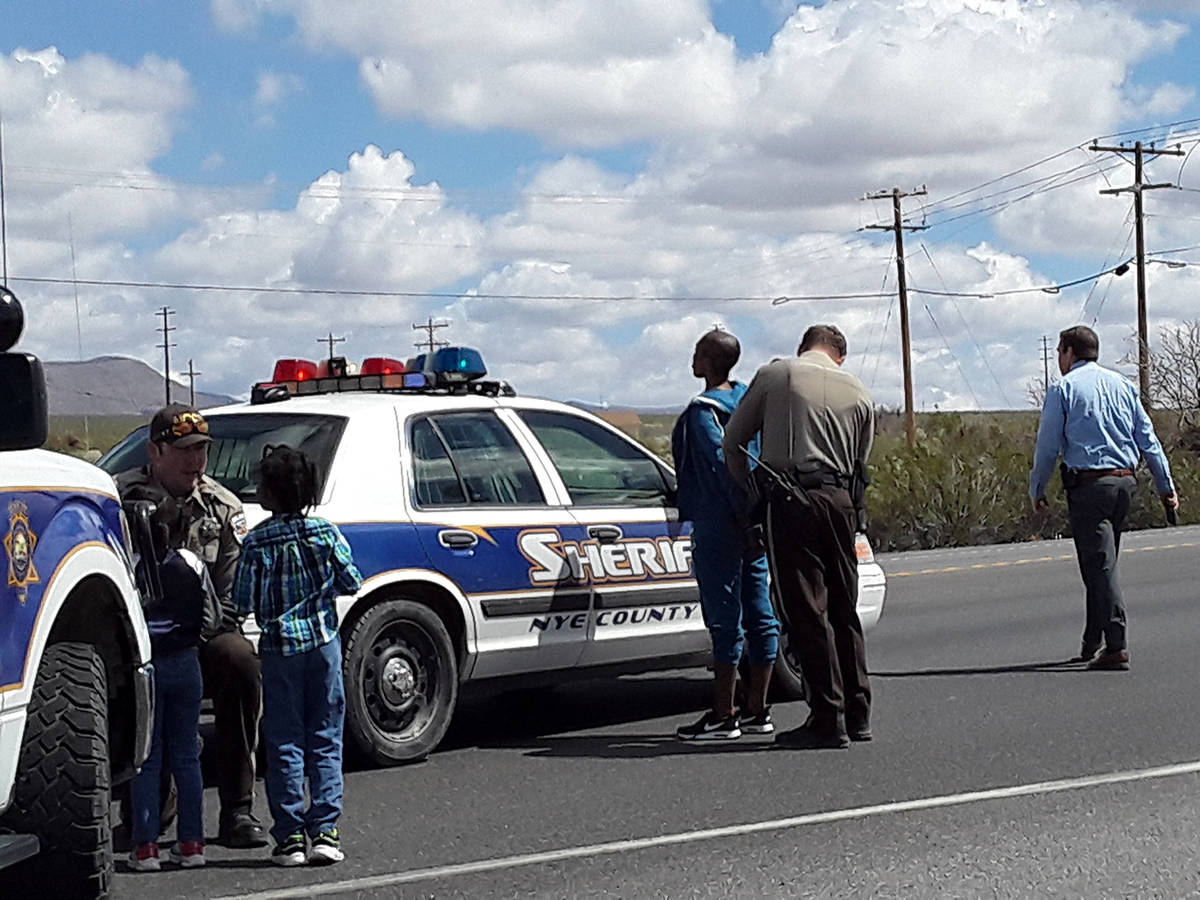 Selwyn Harris/Pahrump Valley Times A Nye County Sheriff's deputy, at left, comforts and plays with two young children, as another places their mother under arrest following a pursuit along southbound Highway 160 early Thursday afternoon March 26. No injuries were reported.

Nye County Sheriff’s Office Captain David Boruchowitz said the female suspect didn’t like the way she was spoken to by an employee of the establishment.

Once deputies arrived on location and made contact with the woman, Boruchowitz said she refused to identify herself, as she jumped into her car and fled the scene on southbound Highway 160, with sheriff’s deputies following.

As additional deputies and Nevada Highway Patrol troopers joined the pursuit, which at times exceeded 45 miles per hour, they managed to box the driver in, where she eventually stopped in the roadway just north of Mountain Falls Boulevard, as southbound traffic along Highway 160 came to a halt.

“There was a dispute at the drive-thru, related to the way the clerk allegedly talked to her,” he said. “Obviously, we are at present still trying to find out who she is. It just seems really bizarre to have something like this happen over some food at Burger King, but it’s still kind of preliminary at this point.”

The woman, Boruchowitz said, also had two young children in the back seat of the white, late model Mercedes Benz sedan she was driving.

Deputies gave the children stuffed animals as a way to comfort them during the traffic stop.

“It’s really sad and we are taking care of them,” he said. “We contacted the Department of Child and Family Services for them to come out and resolve the issue with the kids. Once she stopped, she refused to exit the vehicle and a deputy had to break the windows to get her out.”