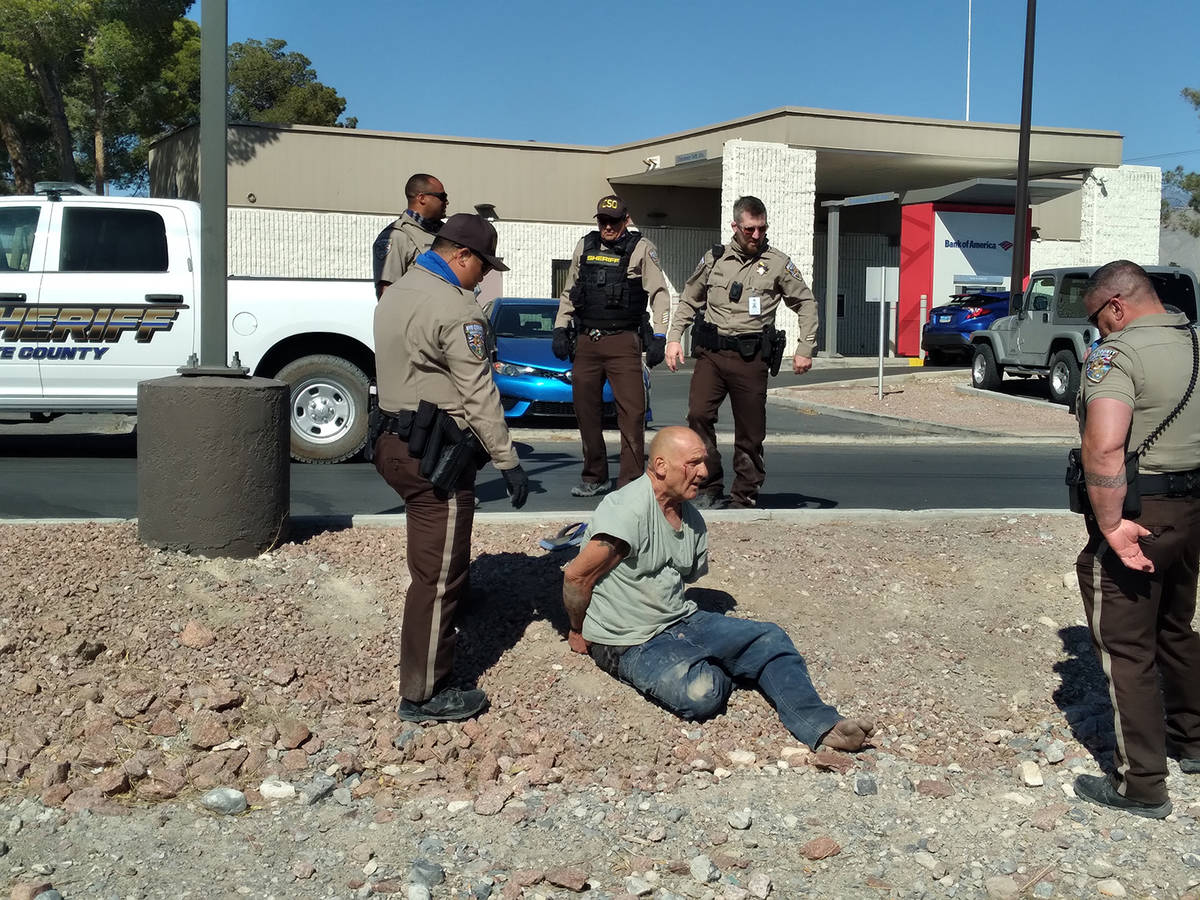 Selwyn Harris/Pahrump Valley Times Nye County Sheriff's Office deputies responded to an incident near the Bank of America parking lot after a man, identified as local resident Michael Lacroix, was allegedly causing a disturbance. Lacroix was found to be in possession of a Trefoil Throwing Star. He was charged with possession of a dangerous weapon and subsequently taken into custody.

The incident began when 911 dispatchers received information of a disturbance just yards from the bank’s parking lot just before 4 p.m., where it was reported that a white male adult, identified as Michael Lacroix, was allegedly throwing rocks in the Bank of America parking lot, according to arresting deputy Alan Lin.

“Once on scene, deputies observed Lacroix sitting on the east side parking lot of Bank of America,” Lin’s report stated. “Lacroix was rambling in his speech and was holding a Trefoil Throwing Star and his right hand next to his throat. Lacroix was yelling ‘Bank of America won’t give me my money,’ and saying that ‘he wanted to die.’ Based on my training, a Trefoil Throwing Star is identified under Nevada Revised Statute 202.350 as a dangerous weapon.”

Lin’s report went on to state that he lawfully ordered Lacroix to drop the weapon, which he did.

“Lacroix also had a second Trefoil Throwing Star next to his person, within his grasp where he was sitting, which is a violation of Nevada Revised Statute 202.350, possession of a dangerous weapon. At that time, he was detained in handcuffs and taken into custody.”

Lacroix was subsequently transported to the Nye County Detention Center and booked on two counts of possession of a dangerous weapon.

The amount of Lacriox’ bond was not listed.