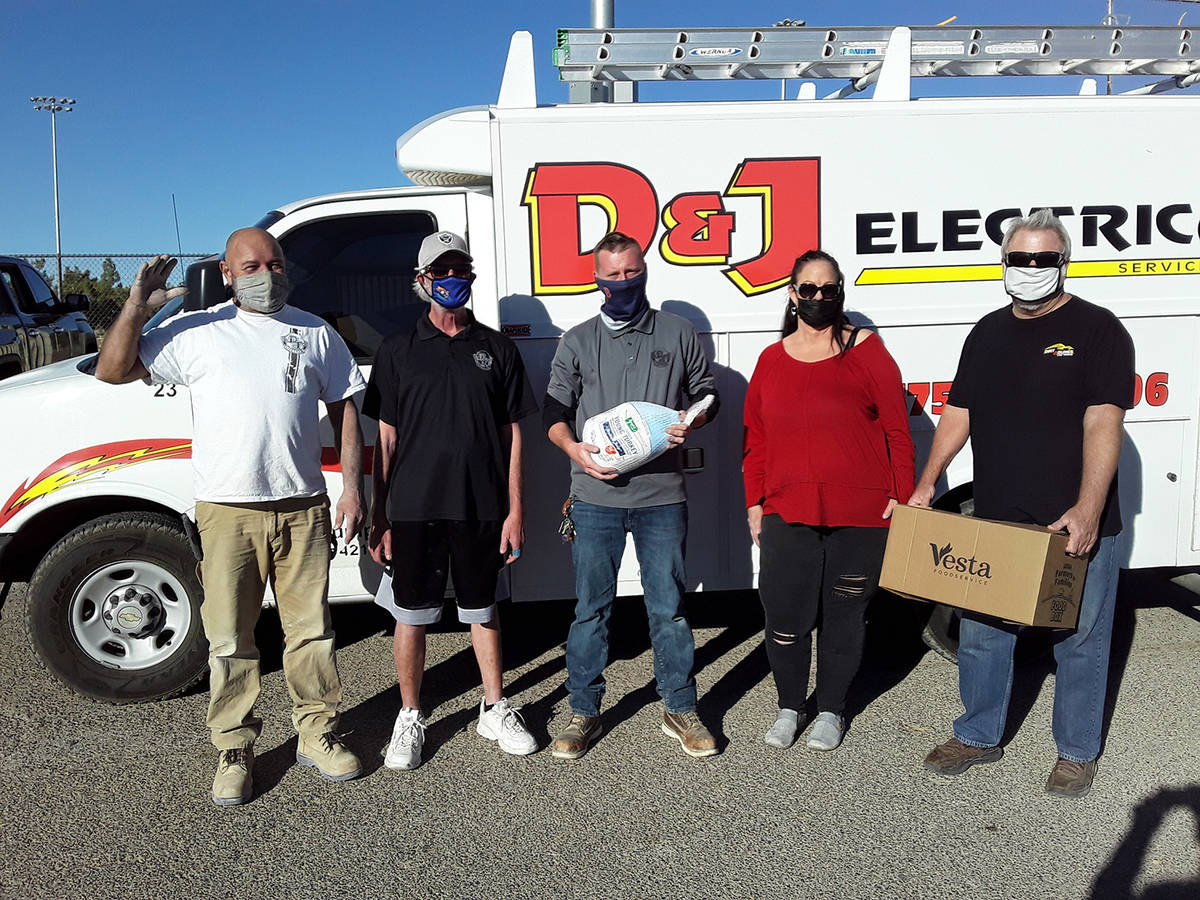 Thanks to a local family-owned business, approximately 20 families enjoyed a full Thanksgiving dinner.

Dan Ames, owner of D&J Electrical Services said 2020 marks the second year his business has provided Thanksgiving dinners for families in the community.

He said that he plans on making it an annual event.

“We are just giving out Thanksgiving dinners to the needy families in the valley,” he said. “We are giving away 20 meals consisting of turkey, potatoes, vegetables and rolls, as well as pumpkin pie, so it’s a complete dinner. Basically, we put the word out and anyone could call and tell us the family who needs the help. Some of the families can’t show up because they don’t have a car, so we will drop the meals off at their homes.”

Ames also spoke about the reaction of the families when they receive their dinners.

In fact, most of the dinners were picked up just minutes after the distribution began at 2 p.m. in the parking lot of Ian Deutch Memorial Park.

“They can’t believe it,” he said. “When they receive their food, their reaction is amazing. This is only our second year and we do this because it makes us all feel really good. We put an ad in the paper and posted information on Facebook and even the radio station, and people started calling in. We put all of their names in a hat and pull out 20 of them. We do this for the unfortunate people living in the community.”