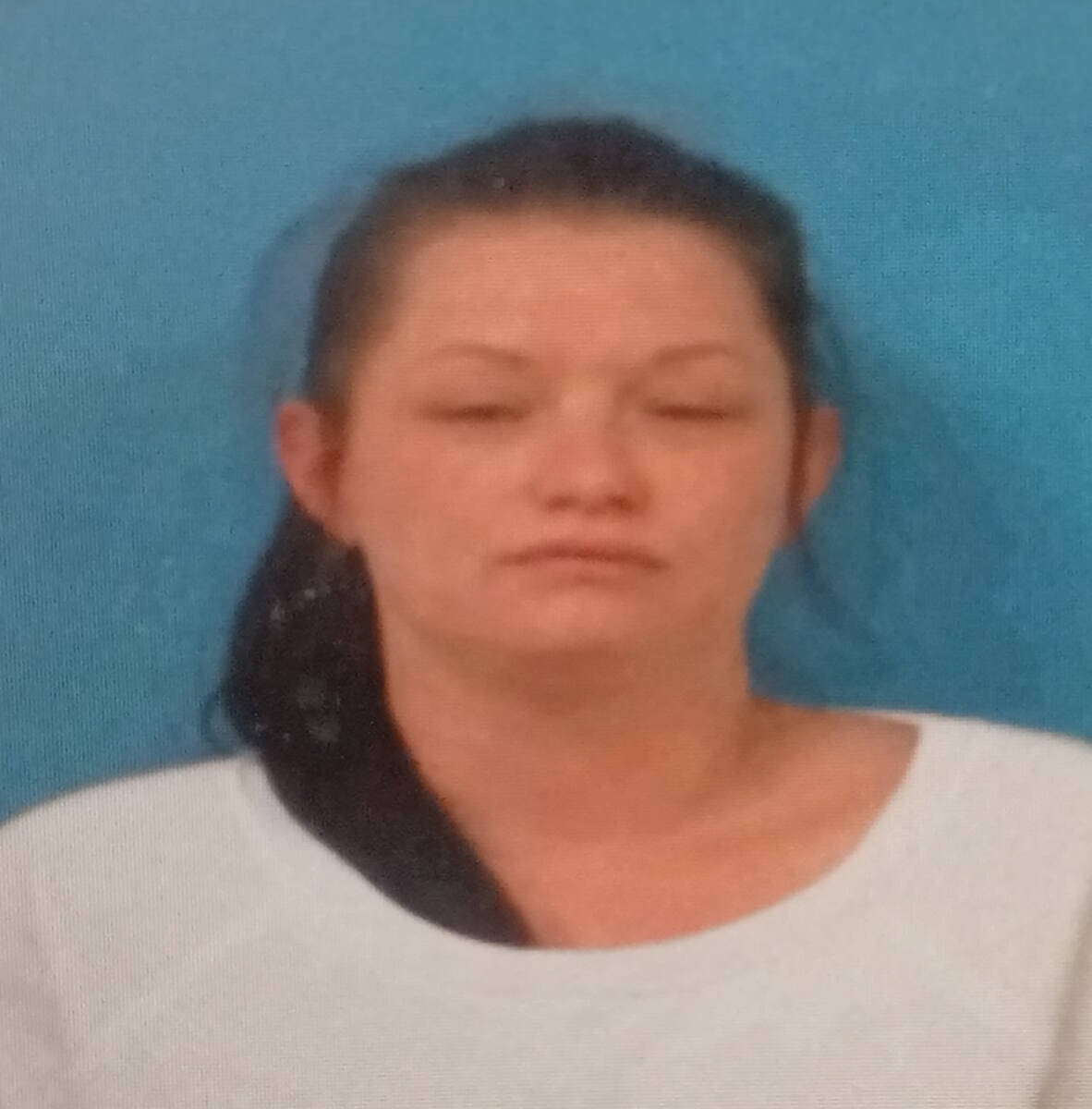 As stated in a Nye County Sheriff’s Office arrest report, Deputy Michael Tulipat was conducting routine traffic patrol along southbound Blagg Road near Highway 372, when the driver of a black sedan failed to yield after coming out of a private lot onto Blagg Road at approximately 9:30 p.m. on Thursday, Oct. 7.

“As I proceeded southbound on Blagg Road, the black sedan turned on its high beams, obstructing my vision and proceeded to pass my patrol vehicle in a no-passing lane,” Tulipat’s report stated. “The sedan had a driving pattern indicating that the driver was under the influence.”

After performing a traffic stop on the vehicle’s driver, identified as Amanda Pacheco, Tulipat noted that the woman was crying and had glassy eyes.

“Amanda Pacheco was in actual physical control of the vehicle,” the report stated. “I asked Amanda if she had been drinking tonight and she confessed and said ‘yes’. As Amanda stepped out of the vehicle, she stumbled and had a difficult time balancing. Amanda stated that she consumed alcohol earlier in the evening.”

After allegedly refusing to perform the standard field sobriety tests, Tulipat, who located alcohol inside the vehicle, arrested Pacheco, who was subsequently transported to the Nye County Detention Center for driving under the influence.

Additionally, a records check on Pacheco’s criminal history revealed that she was twice convicted for the same offense within the past seven years.