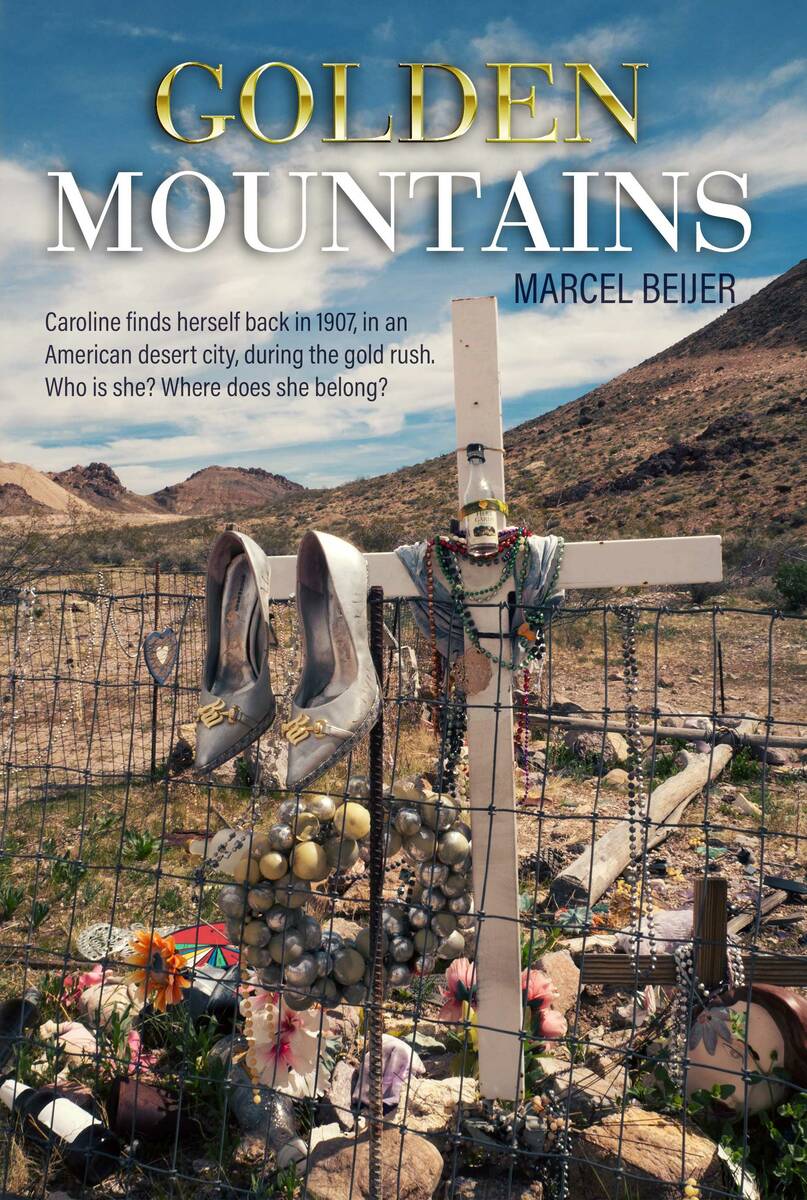 In Marcel Beijer's tale “Golden Mountains,” the protagonist enters a cave in the Netherlands in 1990 and reemerges in Rhyolite during the gold rush. The time traveler befriends a young prostitute there until a high-profile murder threatens to disrupt their friendship and lives. The book was recently transcribed from Dutch to English.

Marcel Beijer is the author who originally wrote the book in Dutch.

In “Golden Mountains,” the protagonist enters a cave in the Netherlands in 1990 and reemerges in Rhyolite during the gold rush. The time traveler befriends a young prostitute there until a high-profile murder threatens to disrupt their friendship and lives.

Beijer will at the Beatty Museum at 6 p.m. on May 4, roughly 5 miles away from where part of the book takes place. Beijer traveled to visit the ghost town of Rhyolite many times and became fascinated by the rise and fall of the town. The town was a booming success in the early 1900s that once housed more than 8,000 people.

On Aug. 9, 1904, a man named Frank “Shorty” Harris made the discovery that caused one of the greatest mining rushes of the 1900s, according to Western Mining History. The town had one of the most dramatic booms in the history of the West.

At its peak, Rhyolite spanned 36 blocks and town lots were given away to miners to create work camps. In 1905, it was estimated.

The desert town’s challenge was its scarce water supply. Three companies competed to supply water from various springs in the area, piping it for miles and storing it in tanks.

By 1909, the town had begun to realize that the mine was not producing any new ore and it became clear to the residents that Rhyolite would not live much longer.

The Montgomery Shoshone, the district’s largest producer, operated at a loss in 1910 and in 1911 they closed, devastating Rhyolite’s economy. Lower grade ore was what was coming out of the mines which was not profitable to mine and many mines closed.

Beijer’s book brings back to life the lost city and its inhabitants.

Beijer is a Dutch journalist and writer. Golden Mountains is his second novel. He is now working on his third book, which is expected to be published in 2023.