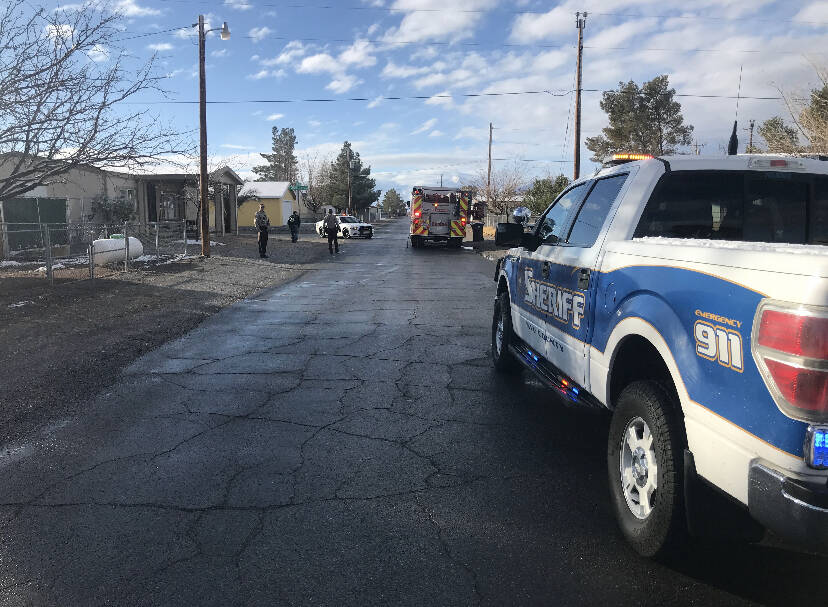 Pahrump Valley Fire & Rescue crews responded to reports of a fire that broke out just before 7:40 a.m. on Wednesday, Feb. 23, in the 1100 block of West Comstock Circle. Shortly later, crews were dispatched to an electrical fire on West Patricia Lane. No injuries were reported in either fire. (Nye County Sherrif's Office)

Electrical malfunctions are being blamed for two fires that broke out in Pahrump on Wednesday.

Pahrump Valley Fire & Rescue crews responded to reports of a fire that broke out just before 7:40 a.m. Wednesday in the 1100 block of West Comstock Circle.

“An investigation revealed a malfunction of a furnace which caused the smoke condition,” he said.

Crews detached the furnace and ventilated the house to clear the smoke, he said.

Some streets in the Comstock mobile home park were blocked for about an hour while crews secured the area.

Fire crews were dispatched shortly later to another structure fire that broke out just before 11:30 a.m. Wednesday in the 100 block of West Patricia Lane in Pahrump.

Crews arrived to find an electrical fire that had mostly been extinguished, Lewis said.