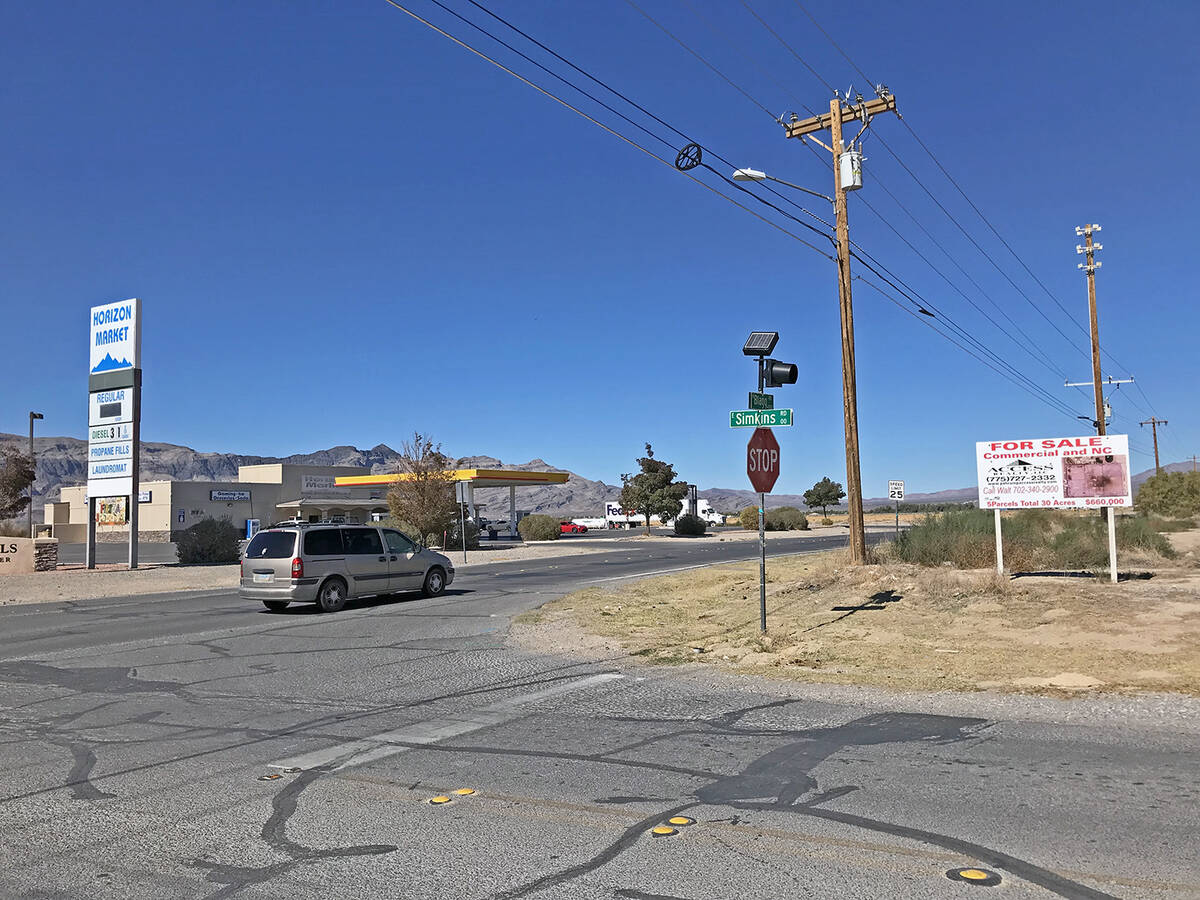 Robin Hebrock/Pahrump Valley Times This photo shows the intersection of Blagg Road and Simkins Road, where Las Vegas Paving will be undertaking an improvement project in the coming weeks. 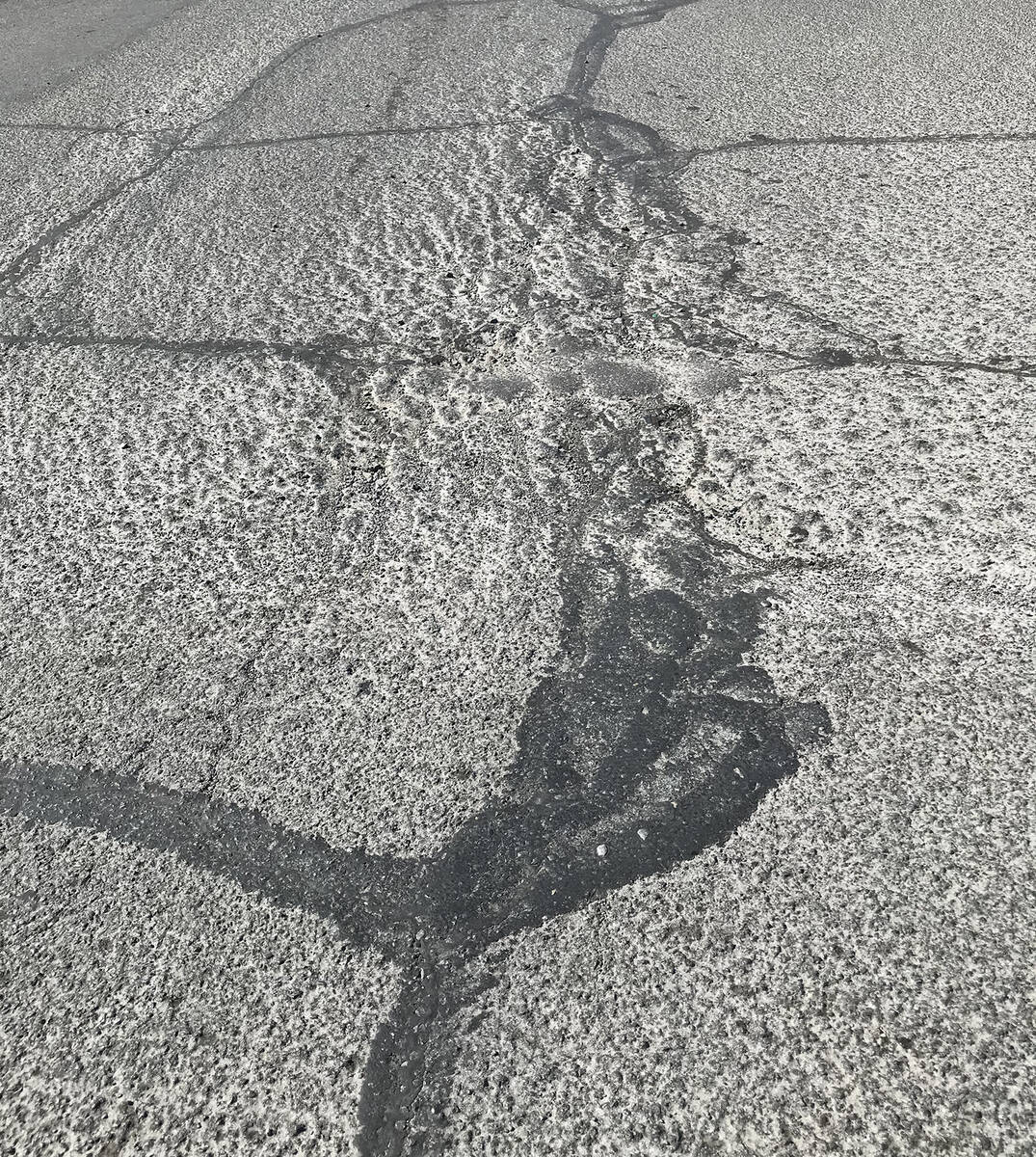 Robin Hebrock/Pahrump Valley Times As evidenced by this photo, Blagg Road between Simkins and Harris Farms roads is in need of upgrade, which will be coming in the near future following the awarding of the $489k contract.

The Blagg Road improvement contract was originally set to be awarded in October of last year. However, at the time, only one bid was received for the work and it was far above the allocated budget. As a result, commissioners voted to reject the bid and directed public works staff to rethink the scope of the project.

The solution public works landed on was to undertake a portion of the roadwork itself. Nye County Public Works Director Tom Bolling told the Nye County Commission this month that his staff would be handling all of the necessary prep work and the contractor will only be responsible for the paving portion of the project, greatly reducing the associated expenses.

The contract was before the commission at its Wednesday, June 22 meeting, where the board considered the two bids submitted. The first was from Las Vegas Paving, while the second came from Pahrump-based Wulfenstein Construction Co. in the amount of $521,030.

Commissioner Donna Cox was the only board member to express concerns that afternoon, noting that she was hesitant about hiring a contractor out of Las Vegas, given the inflated price of fuel. She remarked that she was afraid of the possibility of change orders, which could result in greater costs for the project than expected.

However, Bolling assured her that this wouldn’t be an issue.

“The way we’re working this nowadays is, when they bid, they know the project, they see the project, this is where it’s at, this is what you’re doing. However you need to get here, whatever you need to do to be able to perform the work and get the work done (is in the bid),” Bolling stated. “The only time there is a change order is if we change something, and we’re not changing anything.”

Commissioner Leo Blundo made the motion to award the bid to Las Vegas Paving, with a second from Bruce Jabbour. The motion passed with all in favor.

The Blagg Road paving project will address an approximately one-mile stretch of the roadway from Simkins Road to Harris Farm Road. A portion of the road will be completely repaved and another will be given an overlay of new asphalt. Once given the notice to proceed, Las Vegas Paving will have 10 days to commence construction and 30 business days in which to “substantially” complete the project, according to the contract documents.