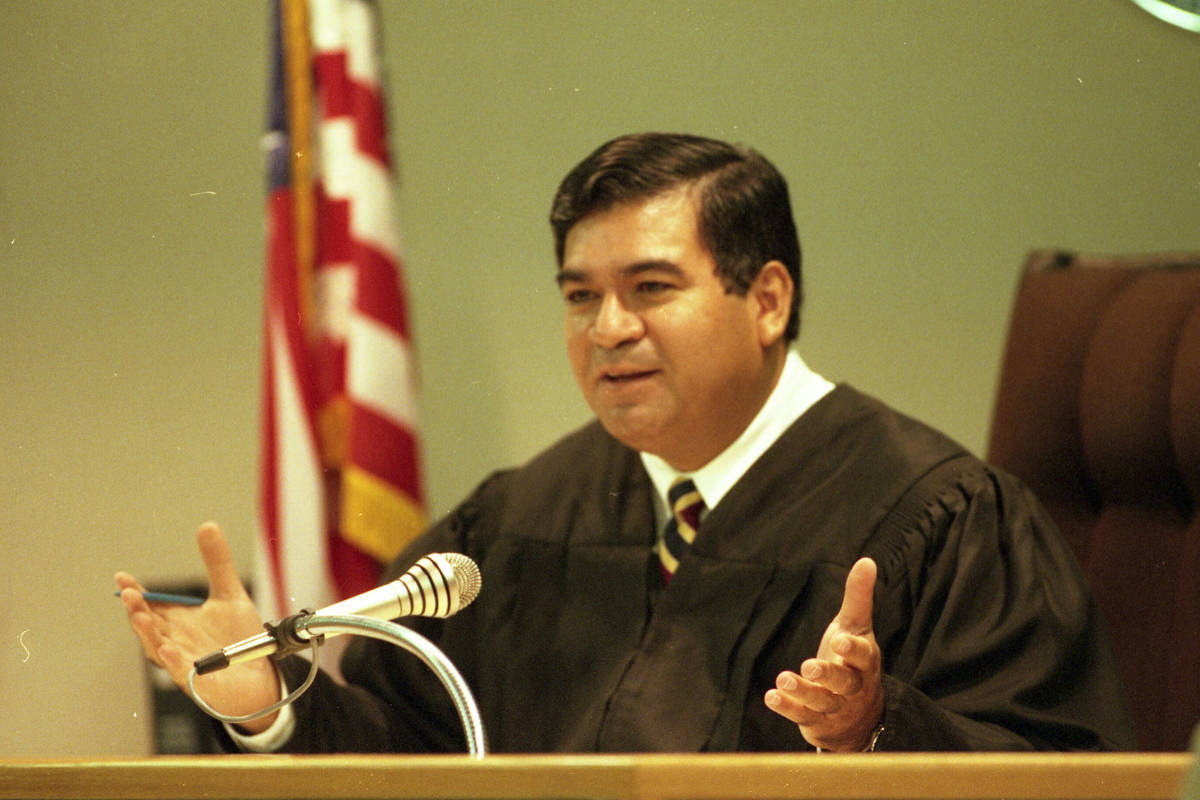 (Las Vegas Review-Journal) Don Chairez speaks during an arraignment in the Clark County Courthouse in Las Vegas in 1997. Chairez, who died Jan. 21, was a district judge in Las Vegas prior to taking the position as Nye County deputy district attorney back in 2018. 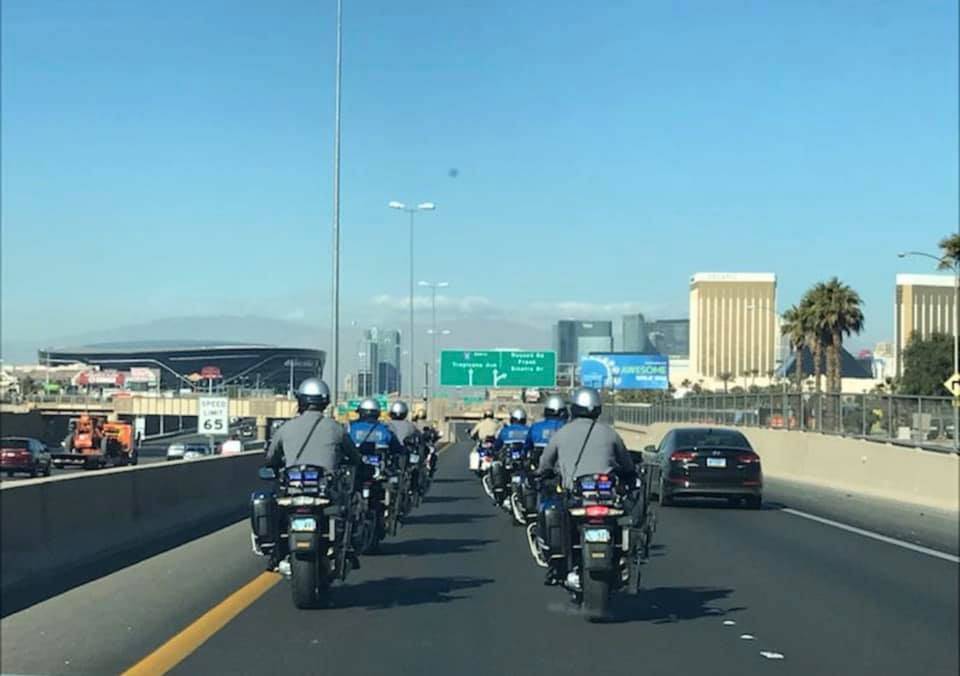 A longtime Nevada judge and attorney has died from complications related to the COVID-19 virus.

Chairez, 65, who tested positive for the virus on Dec. 20, 2020, experienced difficulties with shortness of breath and was admitted to the hospital on Christmas Eve, where he spent nearly a month on oxygen therapy, according to his obituary.

Born on Sept. 29, 1955 in Ft. Leonard Wood, Missouri, Chairez pursued a legal career after earning a scholarship from the University of Southern California School of Law, where he graduated in 1980 with his Juris Doctor, the highest law degree in the United States.

In 1990, Chairez accepted a position as a deputy district attorney in Clark County, where he spent three and a half years prosecuting criminal court cases.

In 1996, Chairez was honored by the Nevada Conference of Police and Sheriffs as “Judge of the Year”.

In 1998, Chairez chose to resign his judgeship to make a close but unsuccessful run for the U.S. House of Representatives against Shelley Berkley.

In a statement, Nye County District Attorney Chris Arabia said Chairez was a beloved father, husband and brother who will be greatly missed.

“We are devastated and our hearts, thoughts, and prayers go out to Don and his family,” Arabia said in part. “He practiced criminal defense, immigration law and served as a district court judge in Las Vegas from 1994 until 1998, when he resigned to run for Congress and almost pulled off an upset victory.”

Arabia also said, during his 40-plus year legal career, Chairez presided over numerous murder trials as a judge, and was council in approximately 90 jury trials as an attorney.

“Don was just an unassuming, nice person who did a great deal to promote justice over his long and varied career,” he said. “He was a great legal mind and courtroom lawyer, and unlike a lot of attorneys, he also excelled at making people smile.”

Chairez’ wife Maria said this week that she is holding up from the loss of her husband with the support of her family.

“I am holding up because my two daughters are holding my right arm and left arm,” she said. “I just want people to know that my husband adored our family. He called us his “Honey Bunnies” and he adored doing things like taking special family vacations to create long-lasting memories. I would like the Pahrump community to know that he was also a man of Christ, and held onto his strong convictions. He also had a strong moral compass. His guidance never wavered, whether it was selecting jurors for a jury trial or interviewing a potential client.”

Letter of thanks from a convicted murderer

Maria Chairez also spoke about what occurred several years after her husband presided as district judge for the Jeremy Strohmeyer murder trial roughly 24 years ago.

Strohmeyer, now 43, is serving four consecutive life terms for the sexual assault and murder of 7-year-old Sherrice Iverson at the Primadonna Resort and Casino on May 25, 1997.

“Jeremy wrote him a very endearing letter where he said he felt like he was treated with respect in his courtroom and he just wanted to thank Don,” she recalled. “I think that’s a testament to the kind of person Don was. He could be hard on people and make them accountable for their actions, but he also gave them respect and made them feel like humans.”

As funeral service arrangements are still underway, Chairez said she is now in the process of creating a scholarship fund in her husband’s memory.

“He really loved mentoring young people and he was constantly giving young people tips on how to pass the bar exam,” she said. “I have set up a scholarship in his name at the UNLV Boyd School of Law and if folks want to contribute, even if it’s a small amount that would be great and I am really looking forward to meeting the person who earned that scholarship. We will continue to try to keep it his ongoing legacy, so the person that receives the scholarship will have a little bit of understanding of the benefactor, but also it gives them the opportunity to cover some of their educational expenses. The donations will go directly to UNLV.”

Chairez also said plans are in the works to pass a resolution in remembrance of her husband in both the Silver and Golden States.

“Don’s brother David is working with Nevada State Senator Mo Dennis to create some type of remembrance resolution,” she said. “Mo Denis was a personal friend of ours too, and David works for the attorney general. A friend of mine also asked me to help write some bullet points because they are going to try to pass a senate resolution of remembrance in Sacramento as well. Don did a lot of things that were significant, like changing the Nevada Constitution. He was like a trailblazer, and he just had a way about him to gain the respect and trust of whoever he interacted with, to get to the truth. I think that’s a unique quality because so many of us have our guard up, especially with authority figures. He always managed somehow to take away that element of fear and gain people’s confidence in order to get to the truth, and once he got to the truth, he tried to be fair.”

Family members have requested that in lieu of flowers, gifts may be made to the Don Chairez Scholarship at UNLV’s Boyd School of Law.

Checks may be made out to the UNLV Foundation, under the memo line Don Chairez Scholarship.

Online gifts may be made at: http://engage.unlv.edu/tribute, by selecting the “Don Chairez Scholarship” in the drop-down menu.