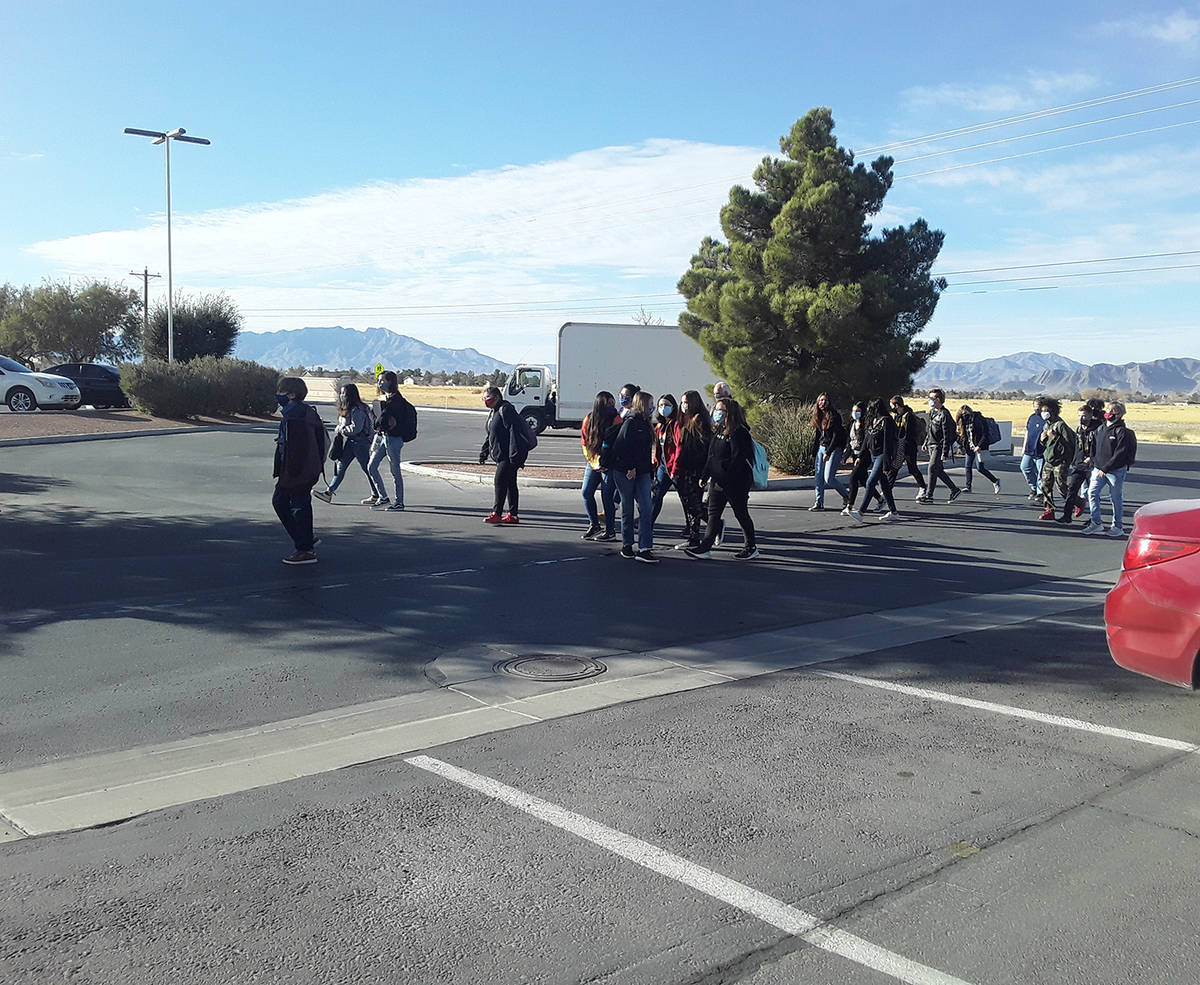 Selwyn Harris/Pahrump Valley Times Students at Rosemary Clarke Middle School got the "all clear" signal to return to class after the campus was evacuated due to a pressurized fire sprinkler activation late Thursday morning, Dec. 10th. The incident activated the school's fire alarm, which automatically summons Pahrump Valley Fire and Rescue Services crews.

An innocent game of kickball led to the evacuation of students and faculty members at Rosemary Clarke Middle School just after 9 a.m. on Thursday morning, Dec. 10th.

Nye County School District Director of Maintenance and Operations Joe Schmidt said during the game, an errant kick caused the ball fly up and hit a pressurized fire sprinkler head, which released a literal deluge of water inside the gym.

“It’s a one-inch line, so there was a considerable amount of water coming out of it,” he said. “When the alarm tripped, the students all evacuated. We had maintenance on site and they began to shut the valves off and get the water to stop. The fire department responded of course, just like they’re supposed to. When an alarm goes off it automatically notifies them so they responded with several different vehicles. We were very happy with the response, and fortunately it wasn’t a fire.”

Schmidt also noted that maintenance crews were able to repair the system by early afternoon.

“We got a lift on site and replaced the sprinkler head and recharged the system,” Schmidt said. “It took a couple of hours to get the water out of there and dry the floor. It’s a rubberized floor, and we saw no immediate damage. All of the alarms went off just as they were supposed to, but it wasn’t a fire.”