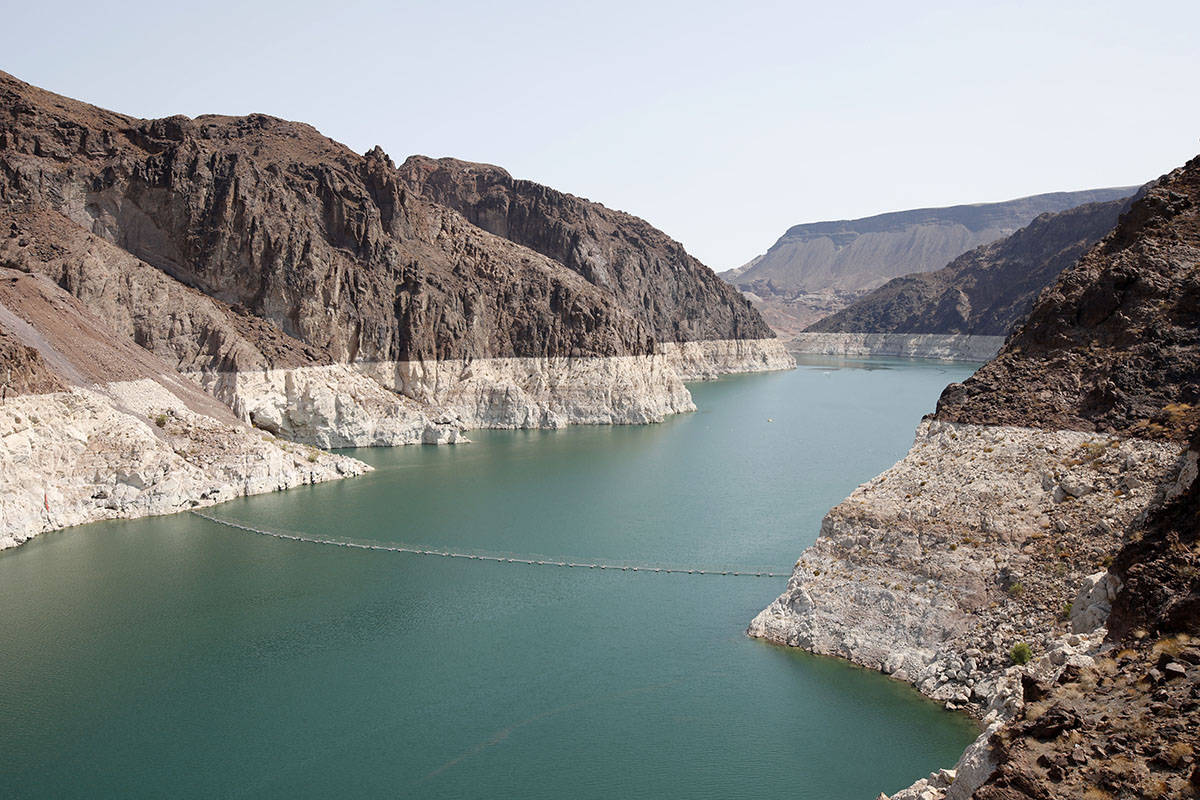 The declaration, triggered by water level projections released Monday by the U.S. Bureau of Reclamation, will force Nevada to slash its allocation of Colorado River water in 2022.

The shortage follows two decades of drought that has strained the Colorado River, a vital water source for 40 million people. Lake Mead, the country’s largest reservoir, supplies about 90 percent of Southern Nevada’s water.

Under two river agreements, Nevada’s 2022 allocation of water from the river will be cut by 21,000 acre-feet, nearly seven billion gallons. Normally, Nevada is entitled to 300,000 acre-feet of water annually.

One acre-foot is about what two Las Vegas Valley homes use over the course of 16 months.

Arizona and Mexico will also take cuts next year under various river agreements. All told, the Lower Colorado River Basin will scale back its allocation of water by 613,000 acre-feet in 2022.

Monday’s water level projections will also change operations at the Glen Canyon Dam, which releases water downstream to Lake Mead from Lake Powell. Because the projections show Lake Powell’s water level below a trigger elevation for the reservoir at the beginning of next year, the Glen Canyon Dam will scale back its downstream releases by 750,000 acre-feet.

Last month, federal officials announced that upstream reservoirs will release extra water into Lake Powell this year to prop up the reservoir’s water level to protect the lake from approaching a level where the Glen Canyon Dam can no longer generate electricity.

Southern Nevada will not immediately feel the squeeze of a shortage declaration. The area already uses less water than what the new allocation will be with the cuts factored in.

John Entsminger, general manager of the Southern Nevada Water Authority, said officials in Nevada have been preparing for this moment since at least 2002 by building infrastructure, conserving water and working with partners in other states.

A $1.5 billion straw at the bottom of Lake Mead will deliver water to Southern Nevada in any drought condition, he said.

The water authority continues to push for conservation measures as a way of dealing with a shrinking Colorado River. By boosting compliance with outdoor watering schedules from 50 percent to 65 percent, Southern Nevada can save 5 billion gallons of water over the fall and winter, officials have said.

“If we continue to conserve water, we continue to get people to follow the existing rules that are in place for irrigation, starting with going to three days a week on Sept. 1, and if we continue on our conservation journey, our community doesn’t need to have a water supply problem,” Entsminger said.

Conservation not a ‘silver bullet’

Kyle Roerink, executive director of the Great Basin Water Network, said that approach might work if Southern Nevada existed in a vacuum, but other entities along the river are going to jeopardize its long-term sustainability.

Roerink is part of a coalition of environmentalists, elected leaders, businesspeople and agriculture officials that has called for a moratorium on all new diversion projects along the river.

The group has also called for requiring new development to have identified, sustainable water supplies before building can begin.