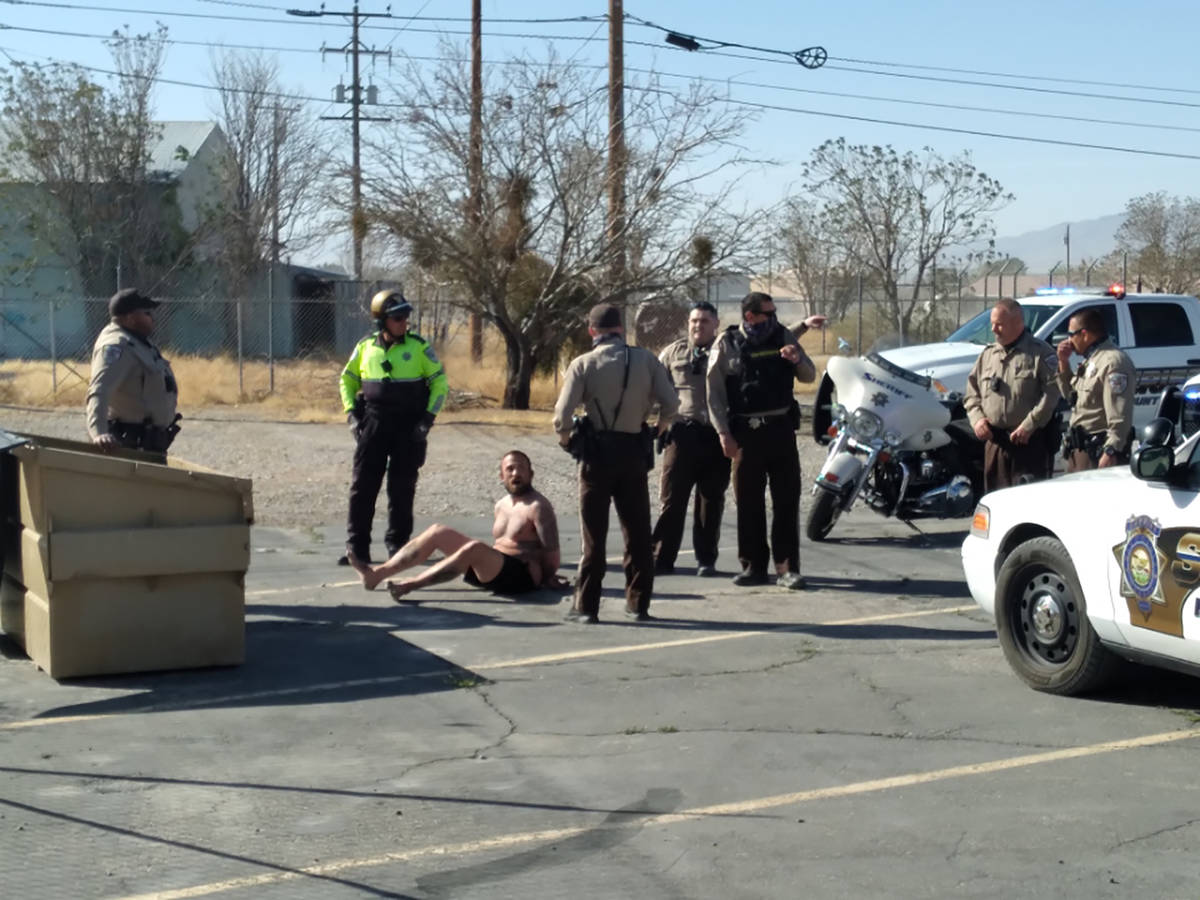 As stated in a Nye County Sheriff’s Office arrest report prepared by Deputy Antone Mendez, the reporting party told emergency dispatchers there was a barefoot, shirtless white male with tattoos holding a big rock outside of the bank.

The woman, according to the report, was worried that the male was coming toward her.

“As I arrived in the area, I noticed a white male matching the description walking near KFC on Raindance Drive,” Mendes said in the report. “I asked the male, later identified as Alan Goldstein, by previous law enforcement encounters, to drop what he had in his hands.”

Following that initial encounter, Goldstein ran southbound across Highway 372 and attempted to hide in a garbage dumpster adjacent to a business.

Deputies pursued Goldstein on foot and eventually captured and arrested him at gunpoint.

“A records check was conducted, which revealed three felony warrants for his arrest,” Mendes’ report stated. “The warrants were confirmed by Nye County Sheriff’s Office dispatch.”

Goldstein was then placed under arrest and transported to the Nye County Detention Center where he was booked on resisting a public officer and the outstanding warrants.