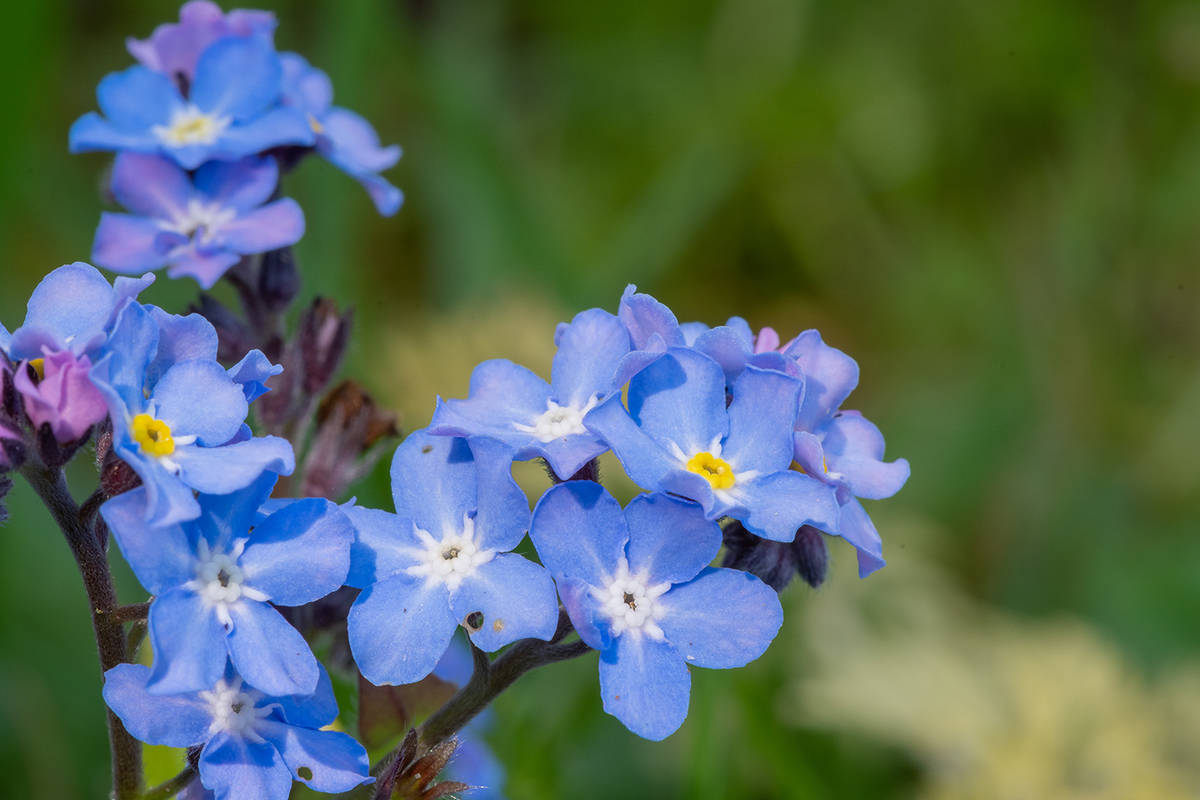 Getty Images The Forget-Me-Not flower has been acknowledged as a symbol for honoring those who have lost their lives in military service and the Disabled American Veterans will be handing out artificial ones during the group's semi-annual Forget-Me-Not campaign, set for this weekend.

Hosted by the Disabled American Veterans Chapter #15 of Pahrump twice each year, the local Forget-Me-Not campaign will see members of the nonprofit organization staked out at booths in front of several area stores, where they will be handing out artificial forget-me-not flowers and information about the organization’s many services and activities, while also collecting donations that will in turn go toward supporting those activities and services.

As detailed on the DAV Chapter #15 website, the Forget-Me-Not campaign got its start in 1926 and was modeled after a similar fundraising effort from another veterans’ organization.

“The forget-me-not flower was adopted by the Disabled American Veterans not only because of its name, but also because those disabled veterans of World War I who formed the DAV said it reminded them of the flowers they saw among the graves of their comrades and allies killed in the fighting. That memory lives on,” DAV Chapter #15 Commander Terry Janke explained of the campaign.

The flower quickly became an accepted symbol for commemorating those who had fallen in war, the DAV website explains, adding, “It’s an appropriate symbol to remind us continually of the service and sacrifice that make our way of life possible. This symbol of living history is a legacy that continues to serve veterans of all eras today as it did in the aftermath of World War I.”

The money raised during the semi-annual Forget-Me-Not events is used to bolster the DAV’s efforts in the local community, which include providing transportation to area veterans, working to get disabled veterans in need the wheelchairs they require to live their most mobile and comfortable life and providing assistance to veterans seeking to obtain the benefits they earned through their time of service in the U.S. armed forces. Once a year, the group also holds a Veterans’ Appreciation Barbecue and hosts a variety of ceremonies to mark holidays such as Memorial Day and Veterans Day, all with the goal of empowering area veterans to lead high-quality lives with dignity and respect.

“Come support over 500 of your friends and neighbors who make up the Pahrump Chapter #15 of the Disabled American Veterans and the local veterans they strive to assist daily, on May 14 and 15 during our semi-annual Forget-Me-Not campaign,” Janke encouraged. “Learn more about the DAV and get your own forget-me-not flower.”

Members of the DAV will be set up at Smith’s Food and Drug, Tractor Supply and Walmart from 9 a.m. to 6 p.m. both Friday and Saturday, May 14 and 15. Donations of any amount are appreciated.