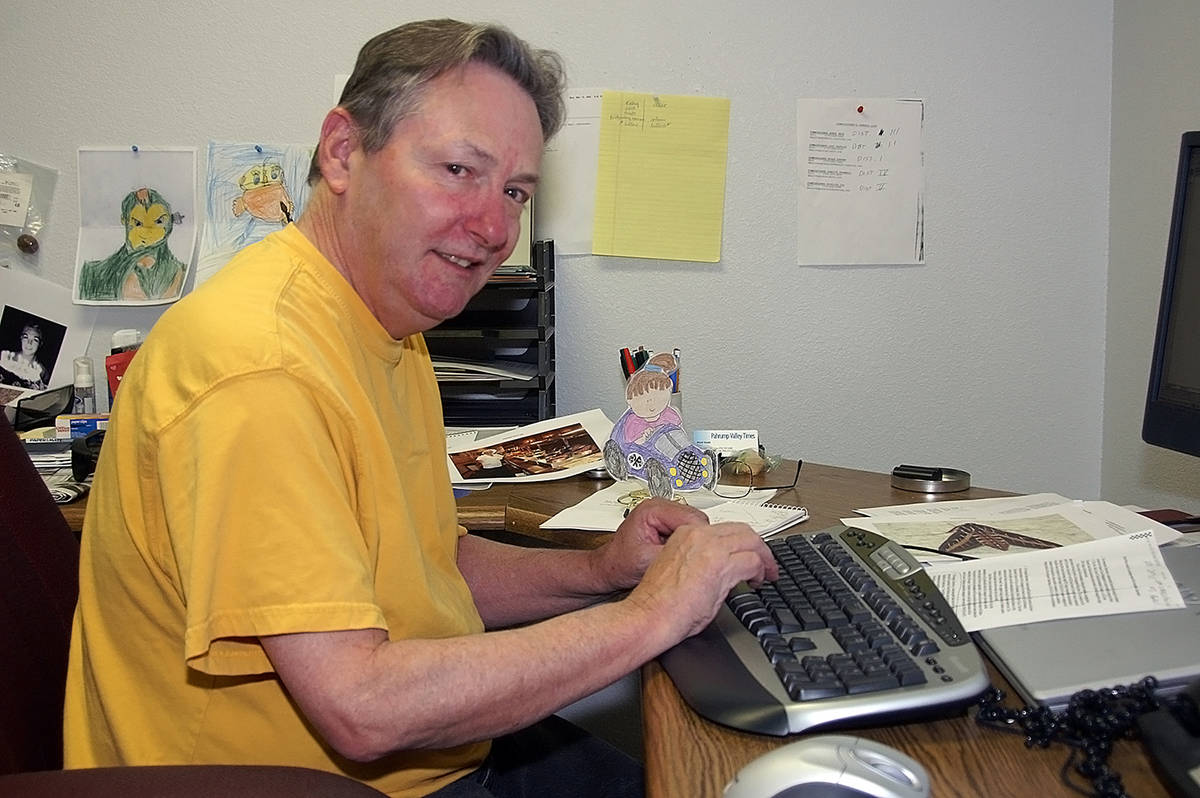 Horace Langford Jr./Pahrump Valley Times Seen in 2006, Mark Smith joined the Pahrump Valley Times after reporting for the Las Vegas Review-Journal. During his time as both a reporter and editor, Smith earned numerous Nevada Press Association awards for his work. 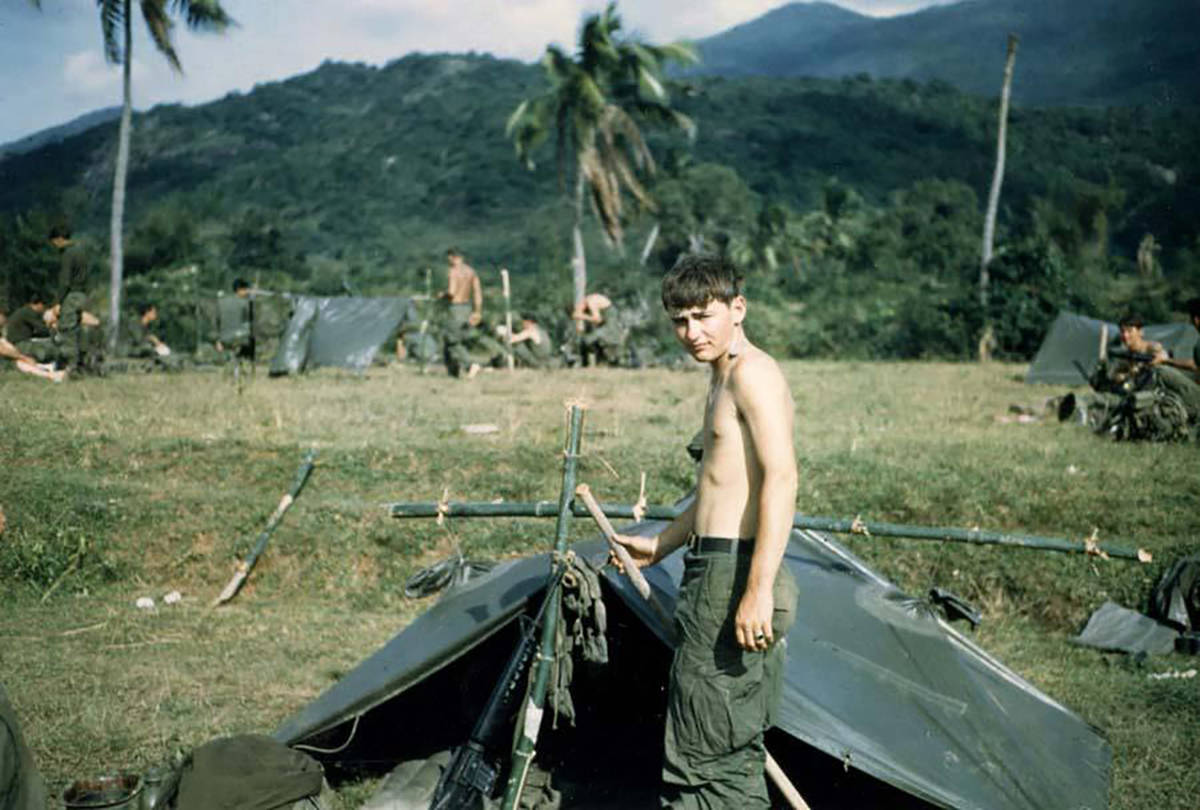 Special to the Pahrump Valley Times During his two tours in Vietnam, Smith served with the 1st Air Cavalry Division from 1966 to 1969, where he earned several combat decorations. Smith also participated in a 12-part PBS documentary, titled “The Vietnam War - a Television History,” which told the entire history of the war in Southeast Asia. 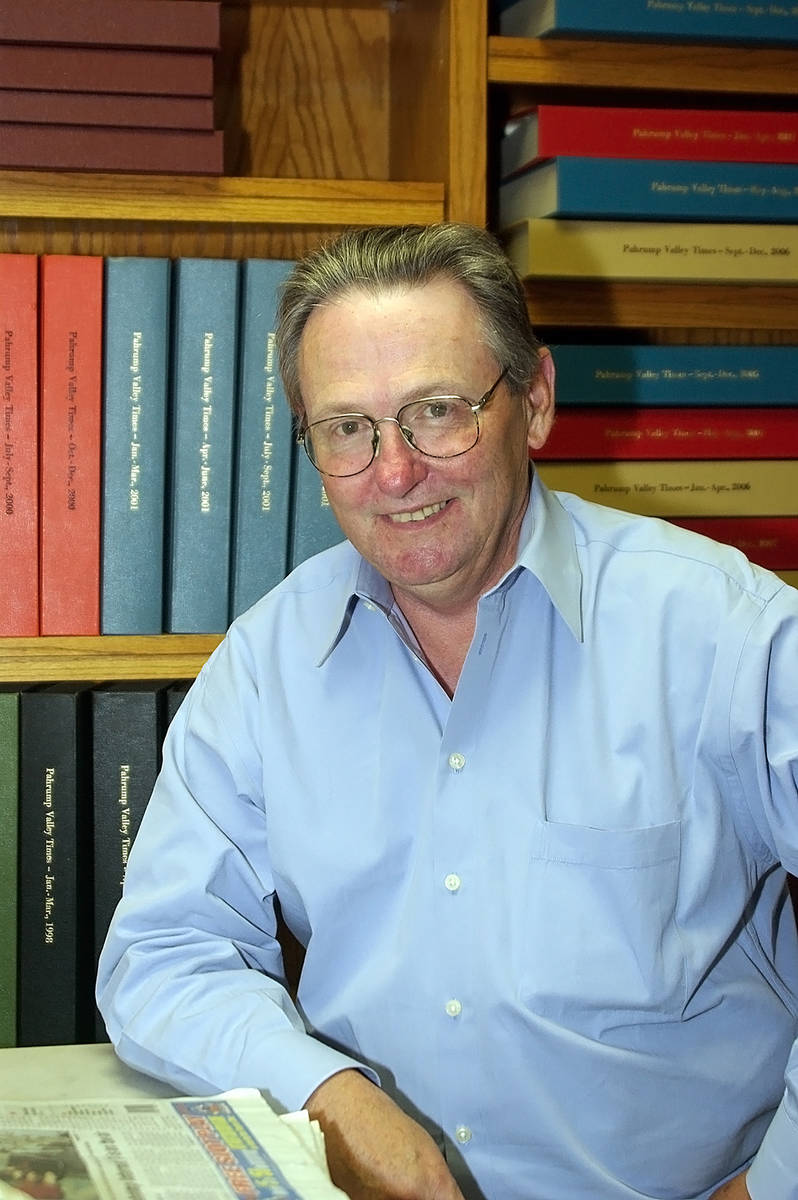 Horace Langford Jr./Pahrump Valley Times Prior to his military service and journalism career, Mark Smith as seen in 2008, studied History at the University of North Carolina at Chapel Hill. Former PVT Publisher Marie Wujek said Smith had a passion for photography. 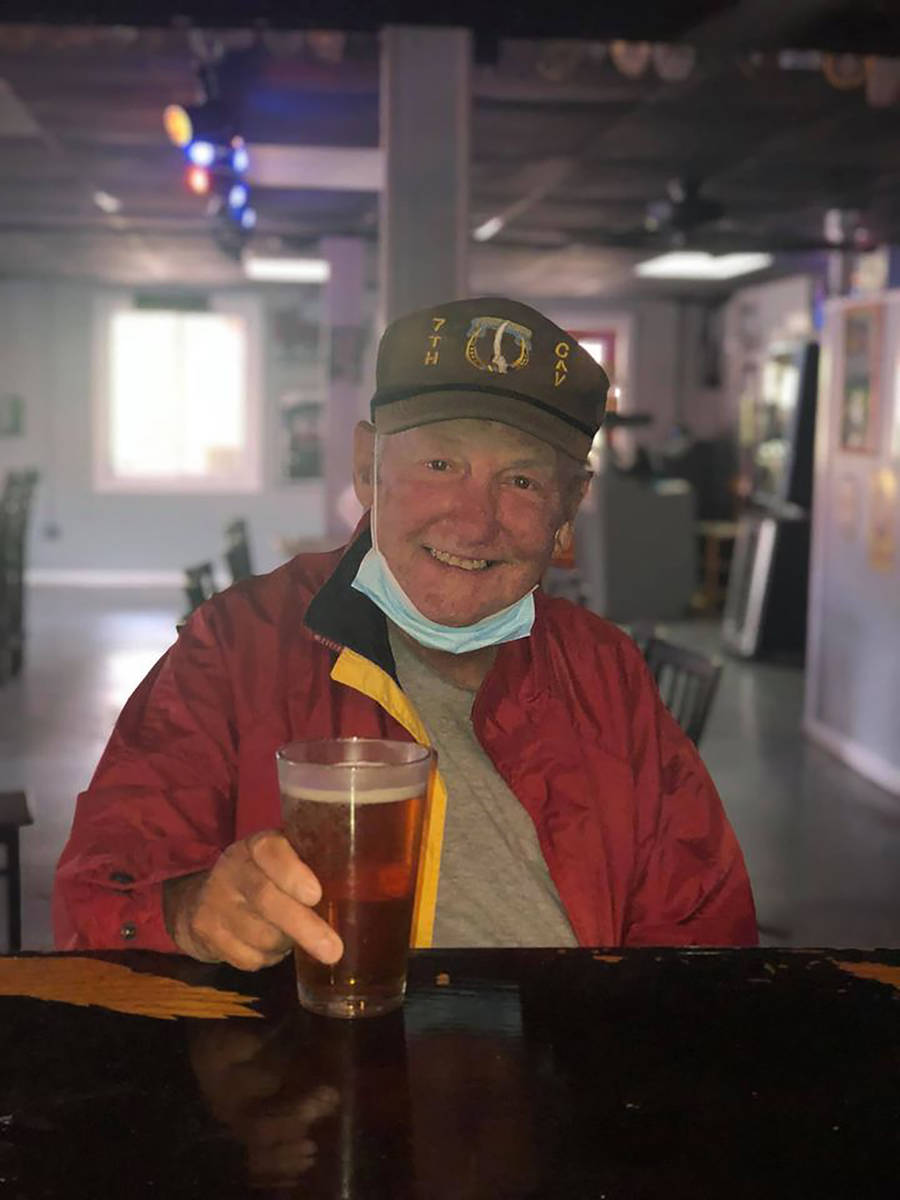 Special to the Pahrump Valley Times In one of his last photos before his death, Mark Smith, 72, enjoys a "tall cold one" on Sept. 11, 2020 at Freeborne's Eatery and Lodge in Laurel Springs, North Carolina.

Mark Smith passed away last month after an undisclosed illness at the age of 72.

During his college years, Smith studied history at the University of North Carolina at Chapel Hill, before joining the military to fight in the Vietnam War.

“When I met him, I just liked him because he was just a real down-to-earth kind of guy,” she said. “Mark was a calming influence and I never once saw him lose control. During my time at the Pahrump Valley Times, I worked with a lot of editors, and Mark was probably one of the easiest ones.”

Regarding his military career, as a staff sergeant platoon leader, Smith served with the 1st Air Cavalry Division from 1966 to 1969, where he earned the Combat Infantryman’s Badge, a Bronze Star, along with the Air Medal, a Presidential Unit Citation, the Vietnam Service Medal, with six campaign stars, and the European Occupation Medal, for his eight months with the Berlin Brigade.

Years after retiring from the military, Smith’s heart, according to Wujek, was still in Vietnam.

“Even though he had been through a lot of crap in his life, his heart was still in Vietnam,” she said. “He really, really fought for not just the soldiers that came back with him. He also showed pictures of the ones that he was with when they died there. His dedication to veterans, and the Vietnamese people, just amazed me.”

“I think he showed up at the Pahrump Valley Times around 2005 or 2006,” Langford Jr. said. “He was very knowledgeable and he had been in journalism for quite a while. He was a television weatherman and then he worked for several newspapers in North Carolina, so he has been in the industry for a long time.”

Langford Jr. also said Smith would share many “war stories” with him while colleagues at the Pahrump Valley Times publication.

“I think he came home at the end of his first tour from 1967 to 1968, he said. “The Army sent him to Germany, and then he transferred from Germany back to Vietnam, because it was his intention to be a career soldier, and he was totally dedicated to his military service. A lot of the photos that I got from him were from his time at the paper because we used to talk about his time in Vietnam a lot. He even went down to the march on Washington back in the 1960s where a lot of the veterans went, and he also spent a lot of time in Alaska where a lot of veterans also went. He did the whole gamut.”

That gamut included a 12-part PBS documentary, called “The Vietnam War – a Television History,” which told the entire history of the war in Southeast Asia.

“In that documentary, they put a shout-out to a bunch of veterans who had been in Vietnam, to do an on-camera interview, in a relaxed setting,” Langford Jr. recalled. “I think they did two interviews with him, when they were talking about after America took over the war from France, so he was heavily involved in that.”

Additionally, Langford Jr. shared a few anecdotes regarding Smith’s experiences during combat duty, including a condition known as “jungle rot”, which is acquired when a soldier’s feet are constantly immersed in water.

The condition, which was common among infantrymen, turns the person’s toes numb from decreased vascular blood flow.

Langford Jr. also noted that during a time while serving in the Army, Smith was actually too young to buy a beer, when he returned stateside after his first tour.

“He was still under 21-years-old when he came home,” he said. “When he went back, he was quite glib about it. He would tell me that he would be out on patrol with his guys, and they would be ducking under trees looking for the Vietcong (VC), and Mark would be walking down a trail whistling, because he would say, you know, the only thing that’s going to happen is you’re going to get dead, so just get over it, that was some very intense stuff, but he made it out. He was also into good music during those times. As far as Mark was concerned, there was nobody greater than Bob Dylan, because Bob Dylan debuted when Mark was in high school.”

Wujek, meanwhile, also spoke about a few war stories Smith shared with her as well.

“I was listening to some of his stories, but unfortunately I didn’t write any of them down,” she said. “They scared the hell out of me. He was a young, skinny man, and his sense of duty was being in the service, and that was amazing to me and I have a lot of respect for him. I just want to make sure that people know that his dedication to America, veterans, and all members of the military service, was without question.”

In his later years, Wujek noted that aside from reporting and editing, Smith was very passionate about photography.

“He would just go out and about, driving all over the place on a personal photo shoot,” she recalled. “He would always take photos and a lot of times, it was of women. He would also take photos of wild horses, antelope or you name it. He took pictures of old buildings and he was a hell of a photographer.”