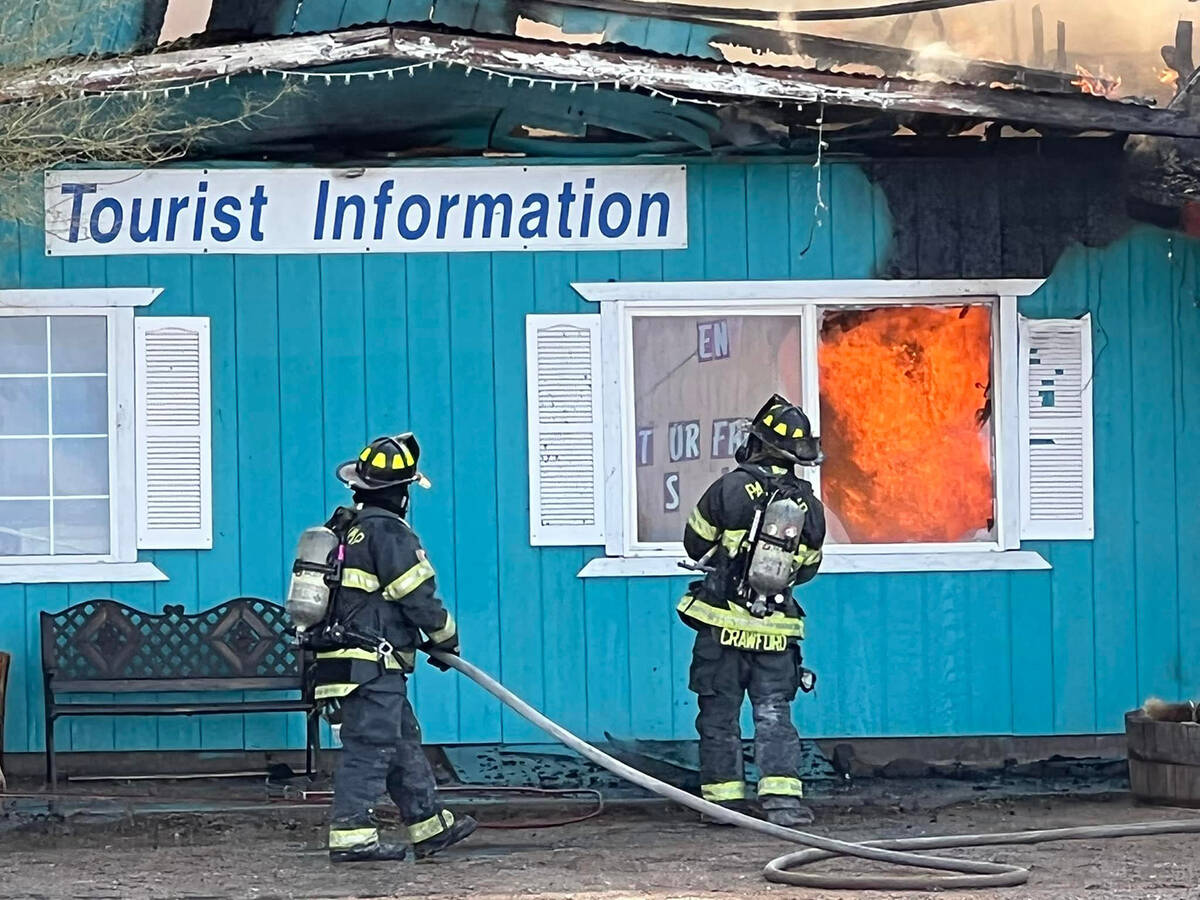 Special to the Pahrump Valley Times Pahrump Fire and Rescue Services Chief Scott Lewis said the initial investigation reveals that most likely, the fire started began from an accidental ignition source possibly related to electrical issues, but the investigation continues. 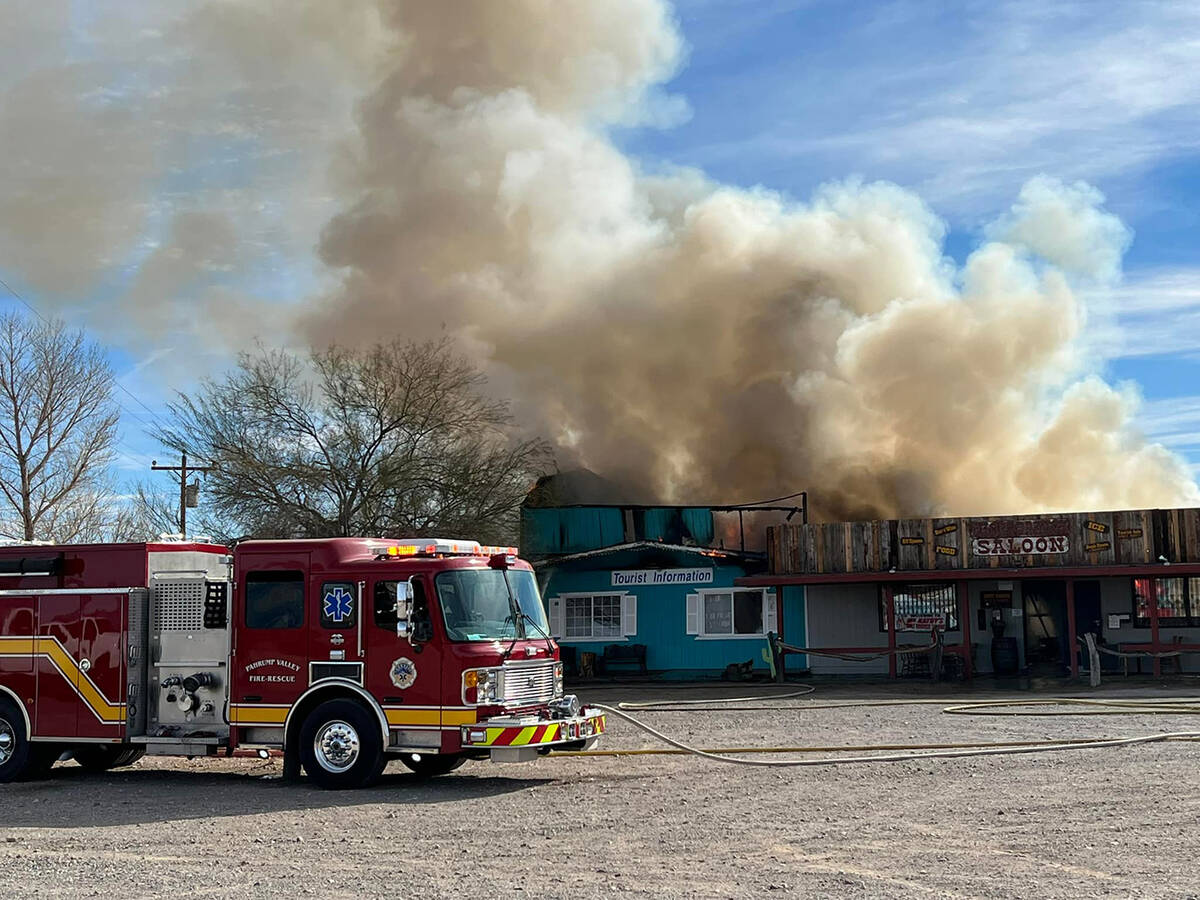 Special to the Pahrump Valley Times Fire crews were forced to bring in water as the nearest source is located in the town of Johnnie, roughly 9 miles south of Crystal. 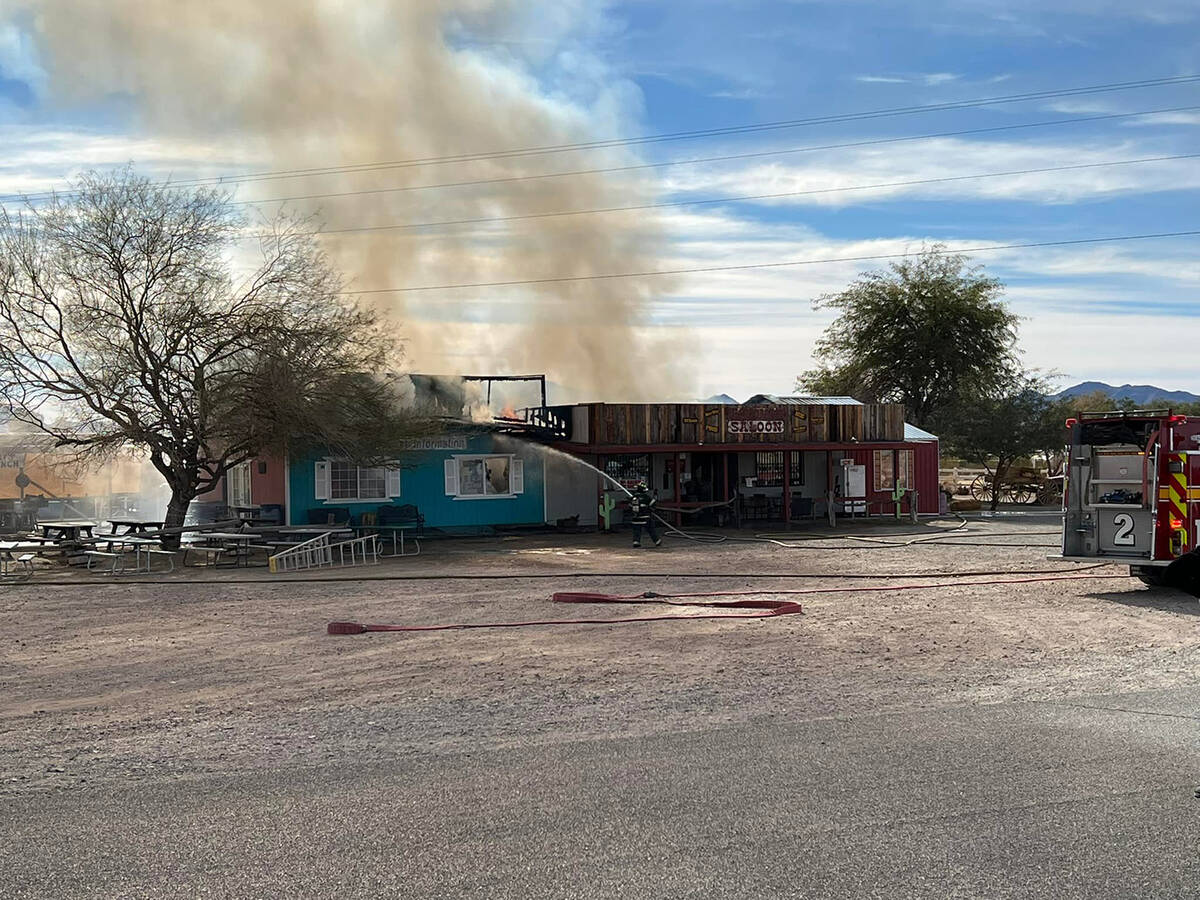 Special to the Pahrump Valley Times As Crystal is roughly a 25-mile drive from the heart of Pahrump, fire crews were on scene in under 18 minutes. Though the main portion of the saloon was destroyed, crews were able to protect other exposures on the property.

An online fundraiser established shortly after Miss Kathy’s Short Branch Saloon was destroyed by fire on Jan. 16, has already raised more than $2,800 to help rebuild the iconic bar and grill in Crystal.

They alerted owner Kathy Bragg, who noticed a visible fire from the roof line.

“She made sure everybody was out of the structure and notified 911,” Lewis said.

An electrical issue likely sparked the fire, Lewis said, but the investigation is ongoing. The bar was reportedly uninsured.

Keith Gott, who organized a GoFundMe page to help rebuild the saloon, said the business had struggled during the pandemic.

“This was Kathy’s sole source of income and due to COVID-19 and the slowdown of the business she was not able to hold an insurance policy that will cover the damage,” he said. “So we are asking you to come together with us as a community to help her rebuild.”

Bragg took care of the Short Branch on her own, Gott said, and has “never asked for anything from anyone.”

“This is a place so many people love and Miss Kathy is not ready to give up, as it means so much to her,” he said. “We appreciate you, and any donation will help. Every penny raised will go straight to the rebuild of the Short Branch Saloon.”

The town of Crystal is roughly a 25-mile drive from the heart of Pahrump, but fire crews were on the scene in less than 18 minutes, Lewis said. They faced challenges extinguishing the fire because of a lack of water.

The nearest water source is in the town of Johnnie — roughly 9 miles south of Crystal — so crews established a “water supply group” rotation there, Lewis said.

“This is a commercial structure located in a no-hydrant area,” he said. “In this particular case, we brought in an additional apparatus from Amargosa Valley, who brought in water, as well as our Engine 6, so we had a good rotation of water supply but we had to travel a distance to manage that.”

The main body of the fire was knocked down in less than 20 minutes, Lewis said. From there, it was a matter of “overhauling the area.”

“All occupants were accounted for and there were no injuries,” Lewis said.

The main portion of the saloon was destroyed, but crews were able to salvage numerous exposures on the property including a manufactured residence, an amphitheater and a nearby trailer park.

To donate to the bar’s restoration, log on to the GoFundMe site and search for “Help Rebuild the Short Branch Saloon.”