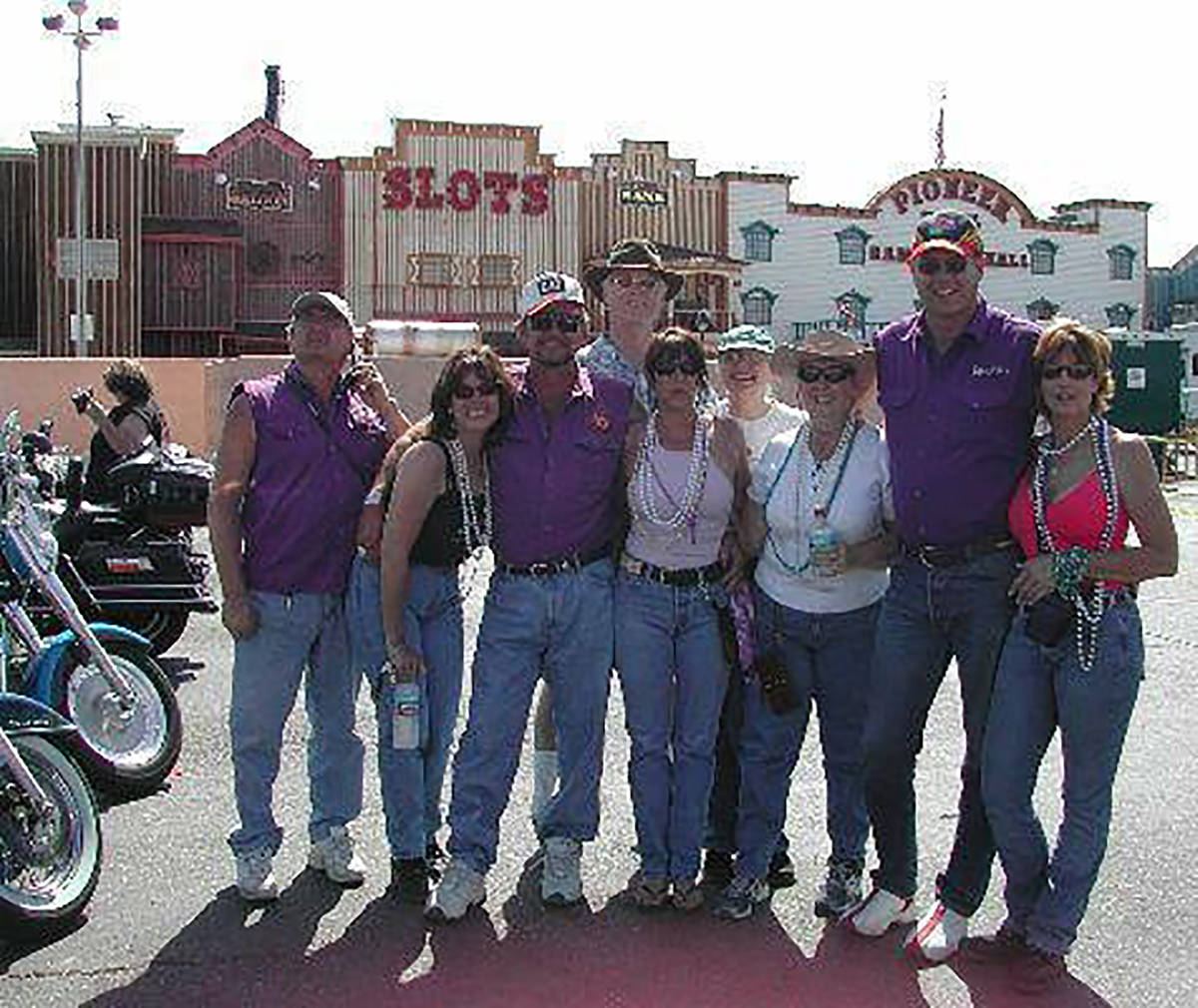 Special to the Pahrump Valley Times Pictured third from left, Larry McKay is joined by fellow motorcycling enthusiasts at the Laughlin River Run in 2004. McKay, who died while riding along Bell Vista Road last week, was said to have been an experienced rider.

A GoFundMe account has been established to aid with the final expenses related to the death of a man killed in a motorcycle accident in Pahrump.

The body of Pahrump resident Larry McKay was discovered Thursday, June 3, in the desert area along Bell Vista Road.

“Larry would often go to Shoshone to buy lottery tickets,” Laubner recalled. “He was an excellent rider, but that stretch of road is deceptively tricky because it goes up and down and there’s a lot of twists and turns. I don’t know whether he was going eastbound or westbound. It’s also pretty desolate out there.”

Additionally, Laubner said for as long as he’s known him, McKay worked for a large company that laid gas and oil pipelines across the country and he had just recently retired.

“Larry was a great man and he will be truly missed,” Laubner said.

The GoFundMe account post noted that all of the funds will go to costs associated with McKay’s final arrangements.

“We are unsure how much we will need to raise but we wanted to give everyone the chance to help if they would like to,” the post from Darrell McKay read. “Larry recently went through a divorce so his financial situation isn’t as good as we had planned for when we did his will and such, years ago. I will add more here as we go along.”