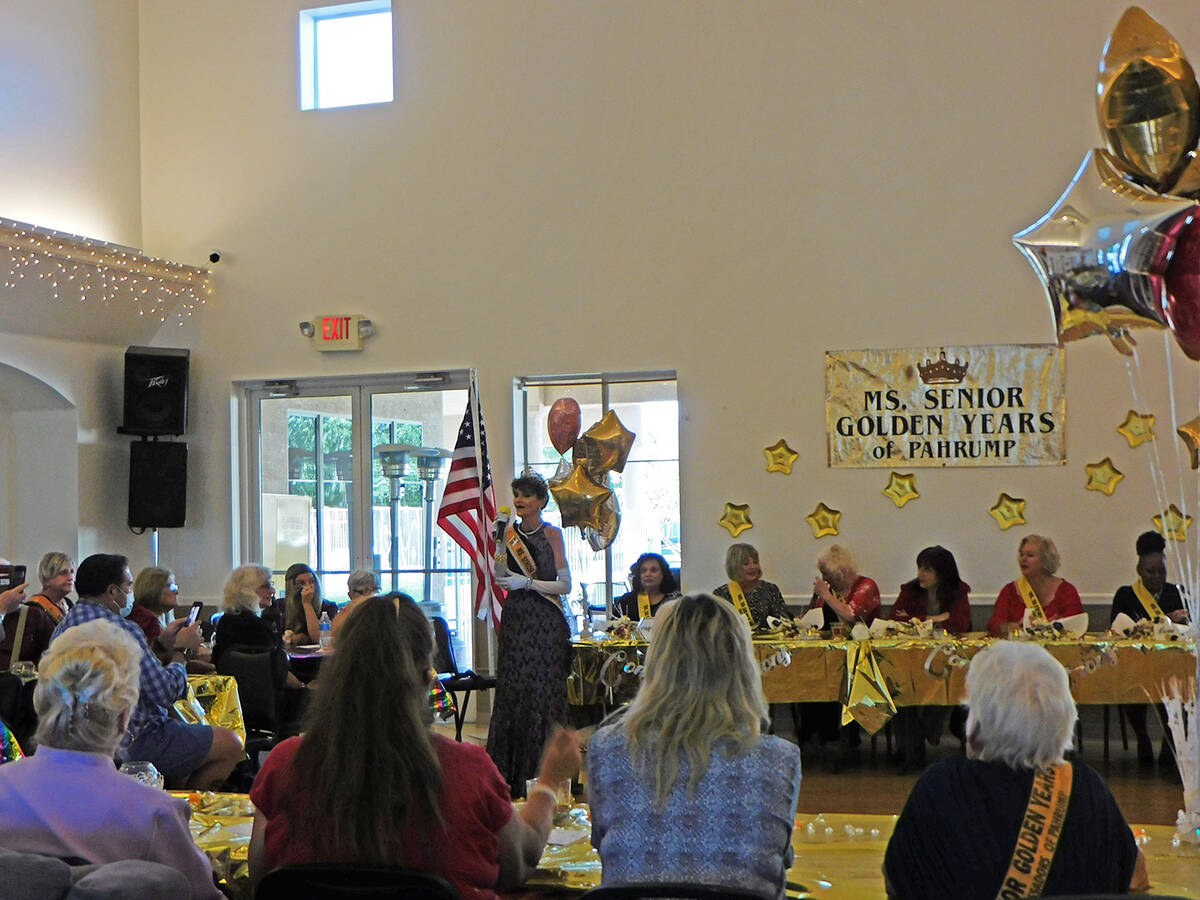 Robin Hebrock/Pahrump Valley Times The six contestants for the 2021 Ms. Senior Golden Years Pageant were able to meet the community in August during the group's annual Meet and Greet event. This year's pageant is set for September 18 at Saddle West. 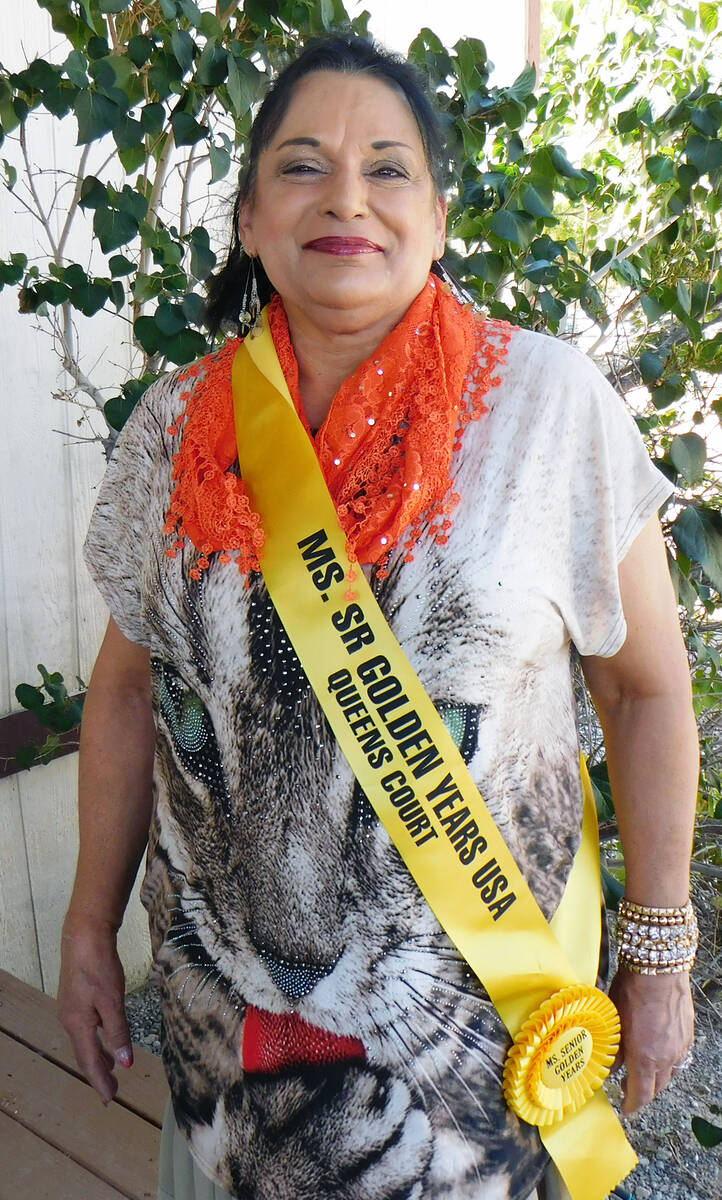 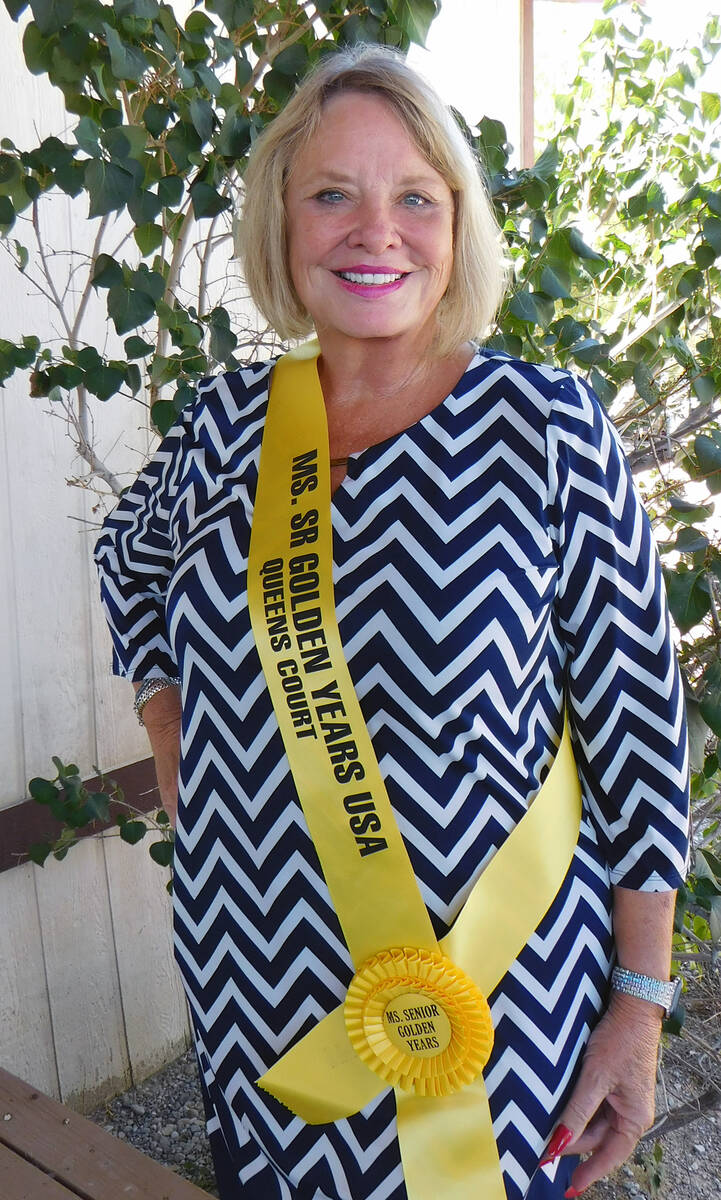 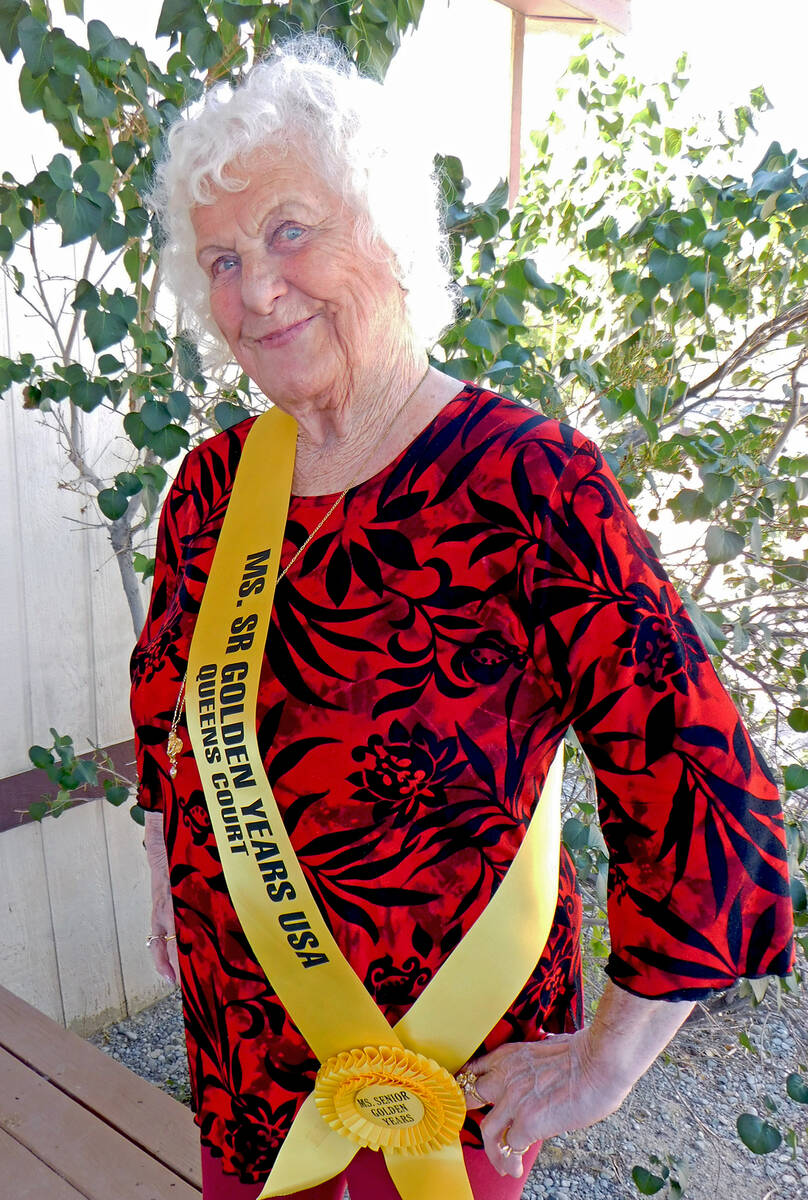 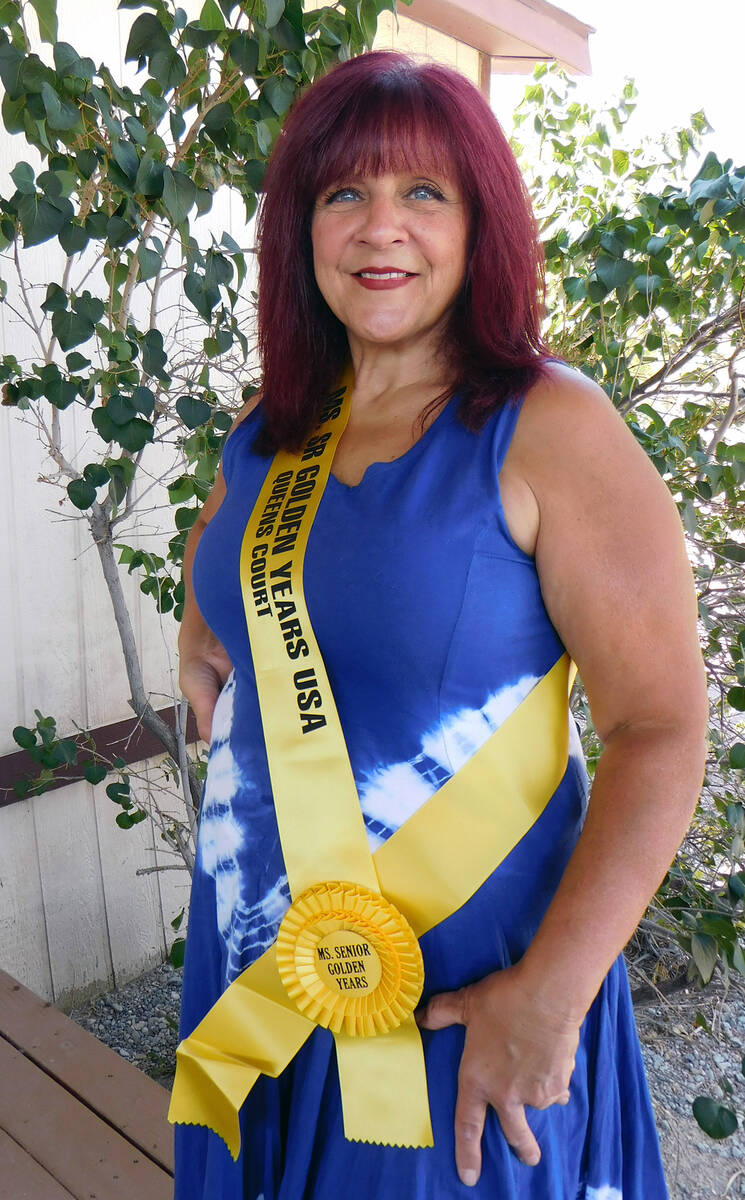 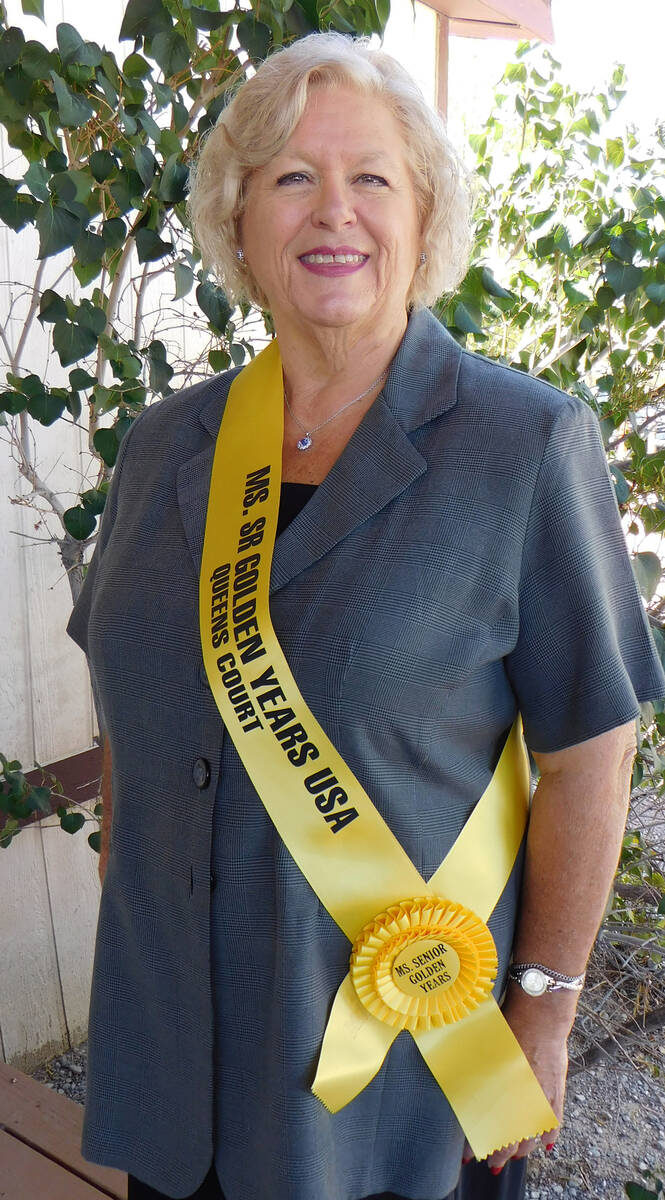 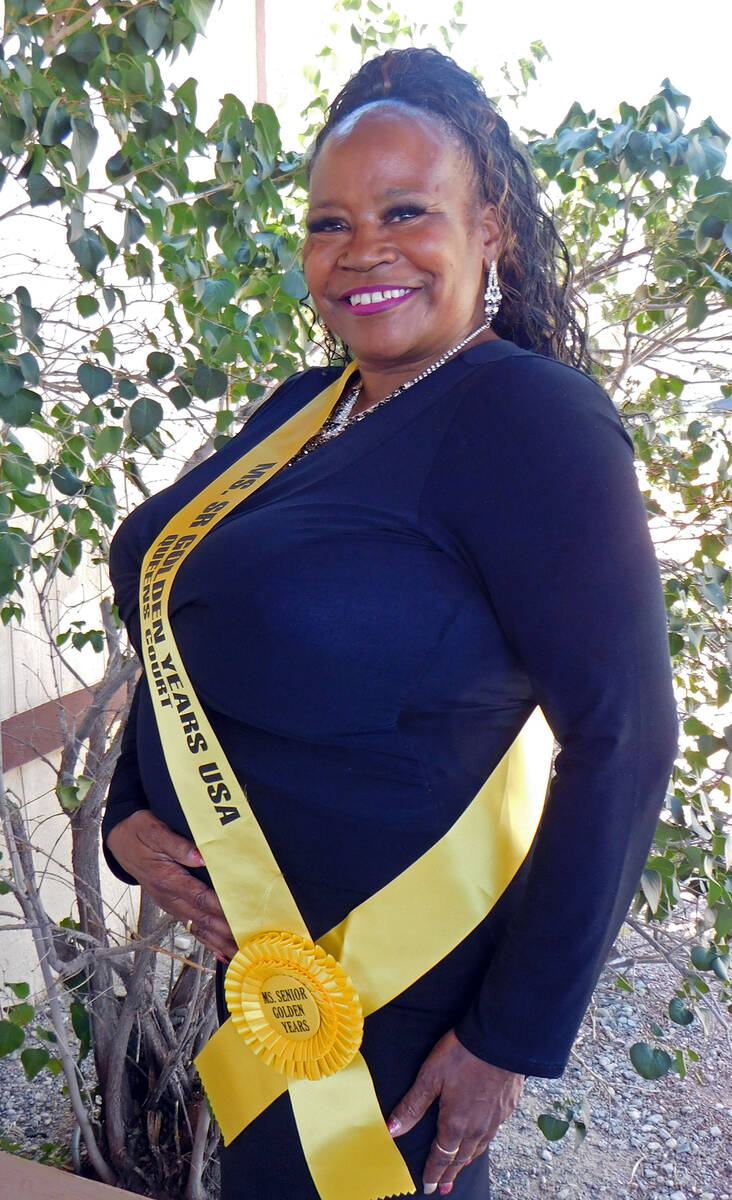 Thanks to the COVID-19 pandemic putting the kibosh on all sort of events and happenings over the past 18 months, it’s been more than two entire years since the ladies of the Ms. Senior Golden Years organization have had the chance to grace the stage during their annual pageant.

Now, however, with no more looming hurdles threatening to force yet another postponement of the event, the long wait will soon come to an end. The 2021 Ms. Senior Golden Years Pageant is just one week away and the contestants are all bubbling with excitement, eager to take to the spotlight and show the town of Pahrump the poise, elegance and charm of the “Sassy Six” who are taking part this year.

Ms. Senior Golden Years Founder B.J. Hetrick-Irwin said she could not possibly be more proud of the six contestants who have stuck it out over many, many months, throughout all of the challenges and uncertainty, and she is delighted that the pageant is coming together after so much anticipation.

“It’s very rewarding, after two years of waiting, to know that it’s really going to happen this time,” a beaming Hetrick-Irwin told the Pahrump Valley Times. “Because these contestants, we’d tell them when the pageant was going to be and then we’d have to cancel and that happened a few different times but they never gave up! They were always smiling, and they deserve a lot of credit, as does our reigning queen, Laraine Babbitt, who’s been our queen for over two years. And she’s a great queen, she’s done a wonderful job. I am just so proud of everyone.”

Those who will be vying for the crown during the 2021 pageant are contestant No. 1, Laura Horn; contestant No. 2, Marla Quercia; contestant No. 3, Val Hallam; contestant No. 4, Shelley Fisher; contestant No. 5, Sharon Crisp; and contestant No. 6, Brenda Fay Bolton. They will each compete for titles in a variety of categories, including talent, stage presence, Ms. Congeniality, vintage bathing suit, platform and private judges’ interview. Titles will also be awarded for the contestant deemed as the most improved, as well as for first runner-up, second runner-up and of course, queen.

The Times recently took a few moment to speak with each of the six contestants and it was more than obvious that they were thrilled to be on the cusp of the pageant. While all are hoping to claim a title on Sept. 18, the real benefit of taking part in the event doesn’t come from a crown, a sash or a plaque. Rather, the true beauty of being a part of the pageant comes from the fact that they have all been given the opportunity to make some lifelong friends and become part of a group that views itself as a large, extended family.

“My husband and I moved here from Florida in 2019 and when we got here, it was like, OK, now what do I do?” Horn said as she posed for a photograph. “And then I got involved with the Nevada Silver Tappers and the Ms. Senior Golden Years and I have to tell you, becoming a part of this group of ladies is the best thing I’ve ever done!”

Quercia, a longtime member of the Pahrump community who has been living in the valley since 1970, also raved about the group and how much it has come to mean to her. “I was drawn into Ms. Senior Golden Years after my husband passed away,” Quercia explained. “I just kind of needed something to keep me going after having been married to the greatest person on earth. I used to do a lot of fostering, I’ve had 59 foster kids over the years but I had to let that go. And Ms. Senior Golden Years, they do a lot for the children and the community, and as long as I can do some philanthropic work, have fun and keep in shape, I’m happy!”

As for Hallam, she’s no stranger to Ms. Senior Golden Years or its sister organization, the Nevada Silver Tappers. “I’ve known B.J. for 20 years, so on and off, I have danced with the group and been associated with them for a long time but I’ve never done a pageant before. B.J. talked me into it. I usually help her backstage for the pageant but she said, ‘No, this time, I want you to be in it.’ So here I am!” Hallam said with a brilliant smile.

“My sense on the whole thing is, thank goodness I didn’t have to behave for two years in a row!” Fisher replied cheekily when asked how she felt about finally being able to take to the stage, referring to the fact that the current queen, Babbitt, has had to carry the responsibility of the crown for more than 26 months. “This just befell her and she was like poor Atlas, carrying the weight of the Ms. Senior Golden Years for two years. But she did a great job and we’re all looking forward to the pageant.”

Crisp already has some experience with the Golden Years pageant process, as she competed once before in 2018 and took home first place for the stage presence/evening gown segment of the event, and she was obviously exuberant about getting the chance to do so again. “I am so excited! I am just so raring to go,” Crisp enthused. “It’s going to be fabulous and all the girls are really, really good. We call ourselves the ‘Sassy Six’.”

Bolton said she herself is fairly new to the Ms. Senior Golden Years, having officially joined in March of 2020, just before the pandemic hit, and she is also keyed up over the idea of finally stepping onto the stage. “We’ve had over a year of waiting, since last June when we were supposed to originally have it,” Bolton said. She noted that one of her favorite parts of being in the pageant is having the opportunity to dress up in incrediblly sumptuous gowns and she can’t wait to get on stage and show off the fabulous creation that she will be donning that Saturday night.

The 2021 Ms. Senior Golden Years Pageant will take place on Saturday, Sept. 18 inside the Saddle West Hotel and Casino Showroom. The event begins at 7 p.m. Tickets are $15 each and can be purchased at the door the night of the event or reserved in advance by calling Jackie Greco at 775-751-3468.