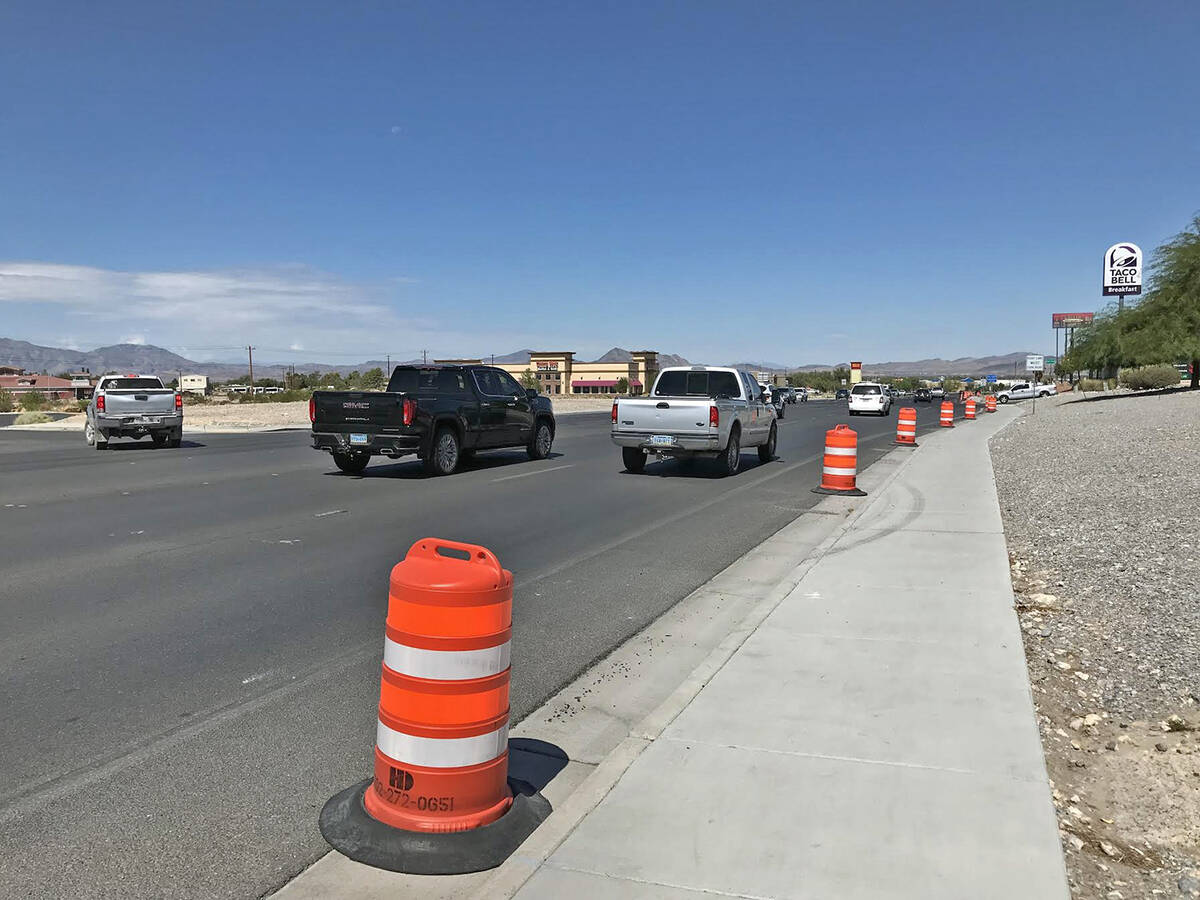 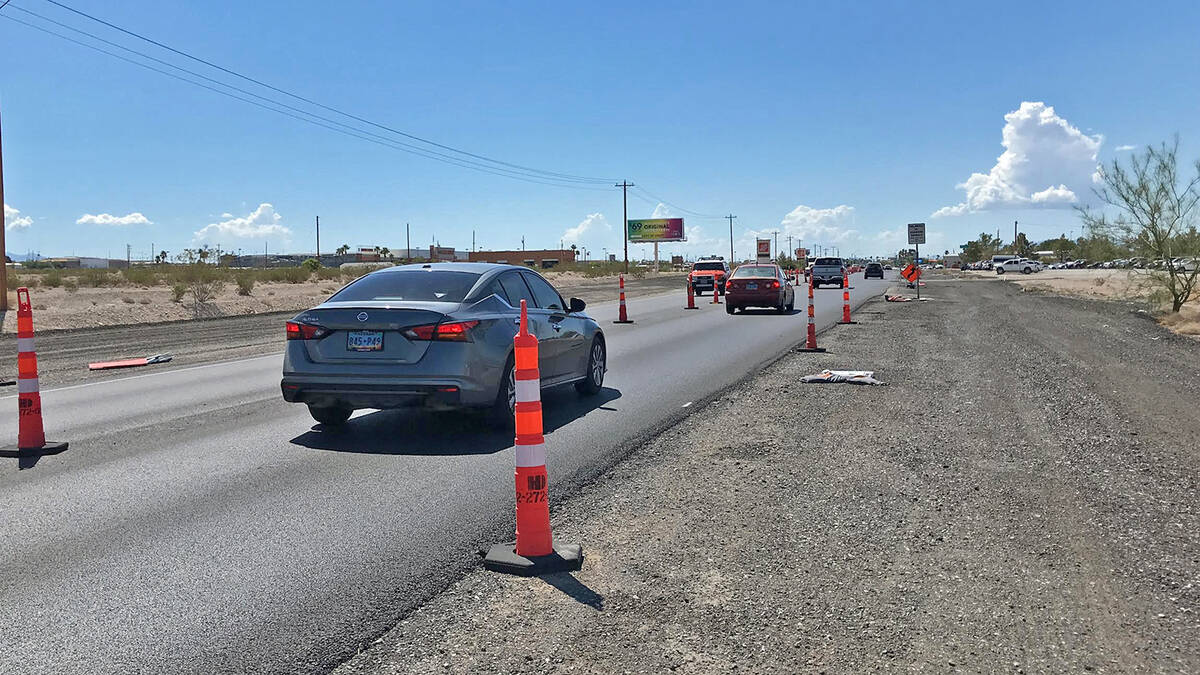 Early in July, the Nevada Department of Transportation put up electronic signs notifying commuters that the town of Pahrump’s main highway, Highway 160, would be undergoing construction. Not long afterward, bright orange cones were in place and contracted crews were at work on the nearly $2 million, state-funded improvement project.

Construction officially kicked off on July 11 and over the past six weeks, a 1-mile stretch of highway has been milled and overlaid. Throughout the process, traffic from Highway 160 and Highway 372 to just north of Highway 160 and Basin Avenue has felt the pinch, with lane reductions squeezing the high volume of vehicles as they attempt to navigate the construction zone. There is little doubt that many have felt the frustration of traffic delays as a result, but that is now almost at an end.

Aggregate Industries, which was award the contract for the Highway 160 improvement project, is now in the final stages of work.

“That project is nearly complete,” NDOT Public Information Officer Justin Hopkins told the Pahrump Valley Times when reached for an update on the project’s status. “According to the resident engineer for that work, the contractor is scheduled to perform the final striping on Monday, Aug.22.”

The project focused on what is one of the most traveled parts of Pahrump. It began where the highway fronts Smith’s and continued to where it fronts Home Depot, a section that included some very rough spots. In addition to resolving the crumbling areas, Aggregate Industries was able to repave around the manhole covers on the highway, a couple of which were previously sunk several inches into the pavement, creating a jarring experience for those driving over them.

As well as addressing Highway 160 in Pahrump, the improvement project included the replacement of a cattle guard at the intersection of the highway and U.S. 95 north of the valley.