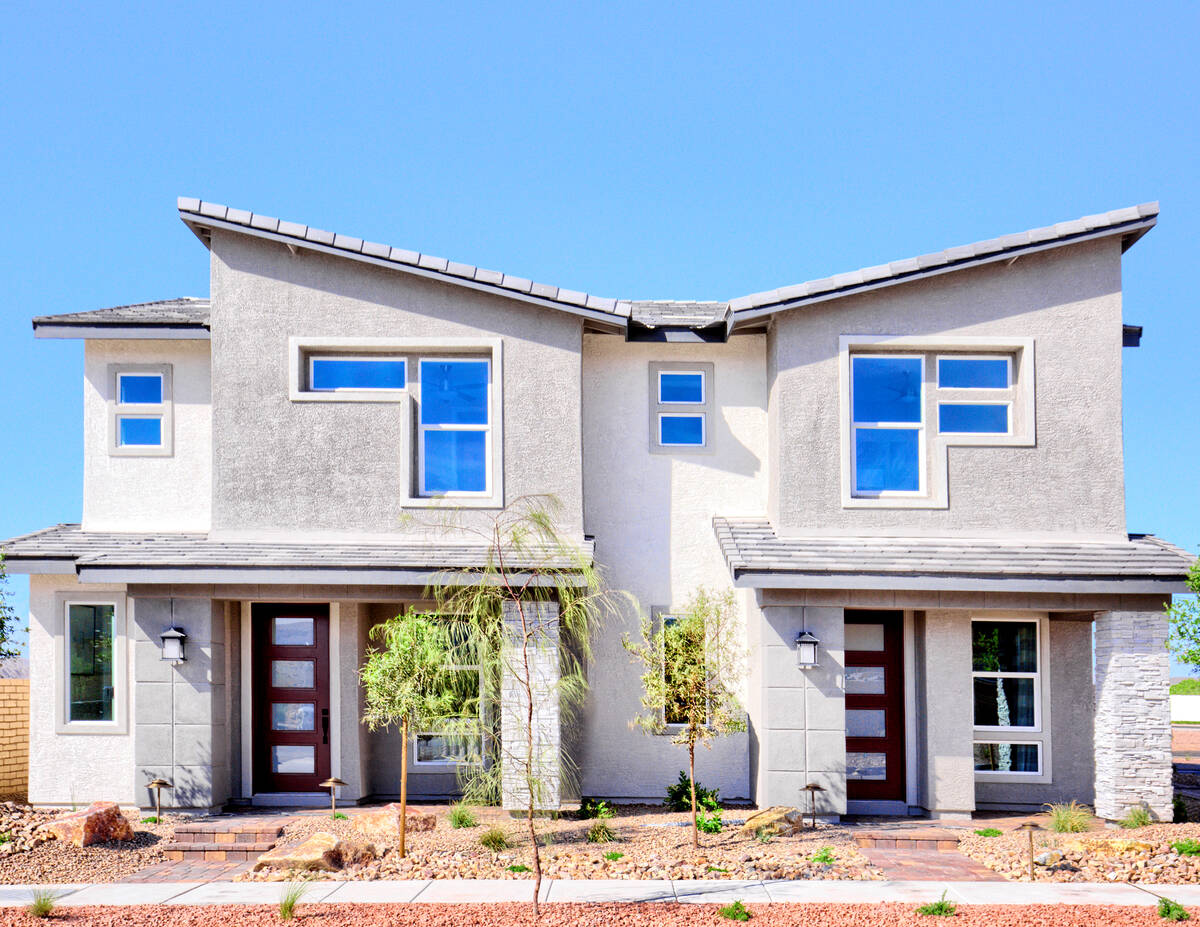 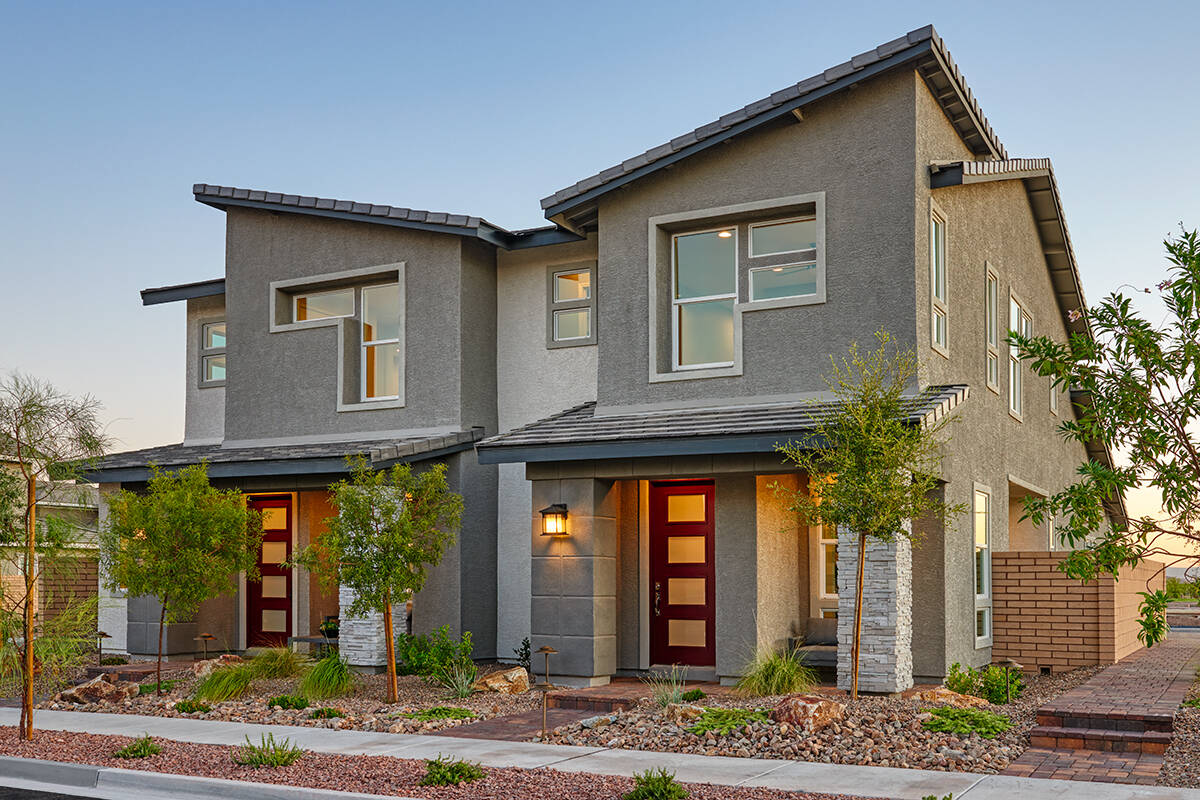 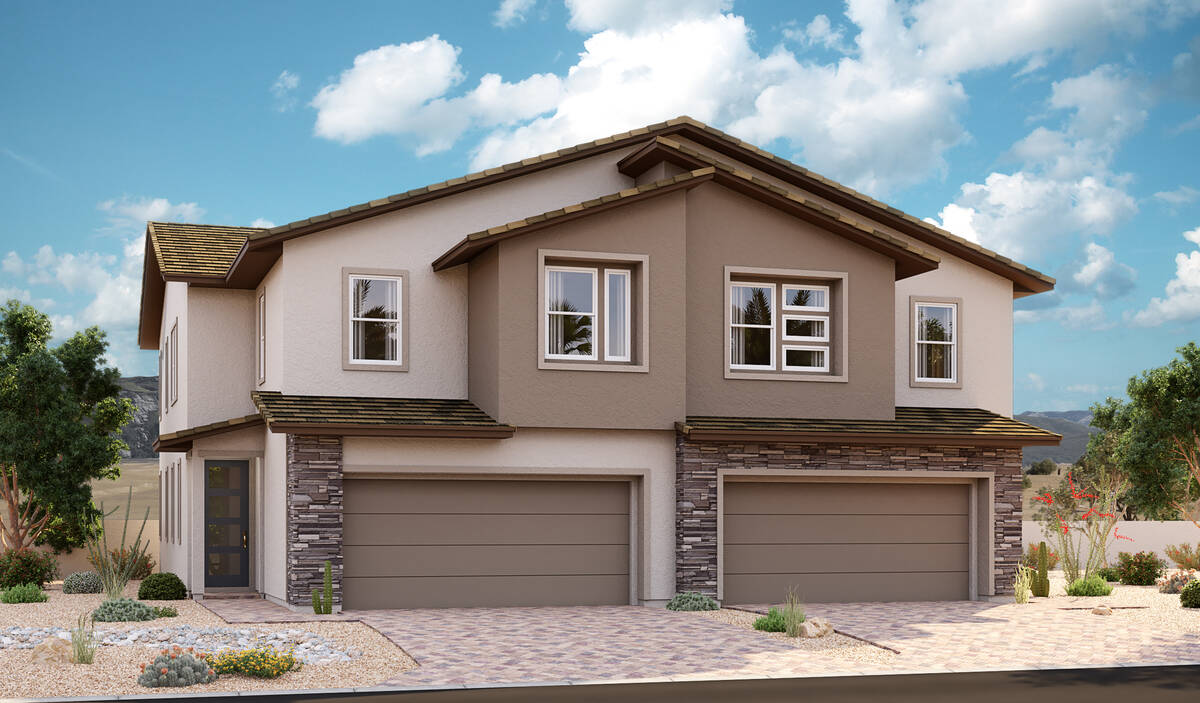 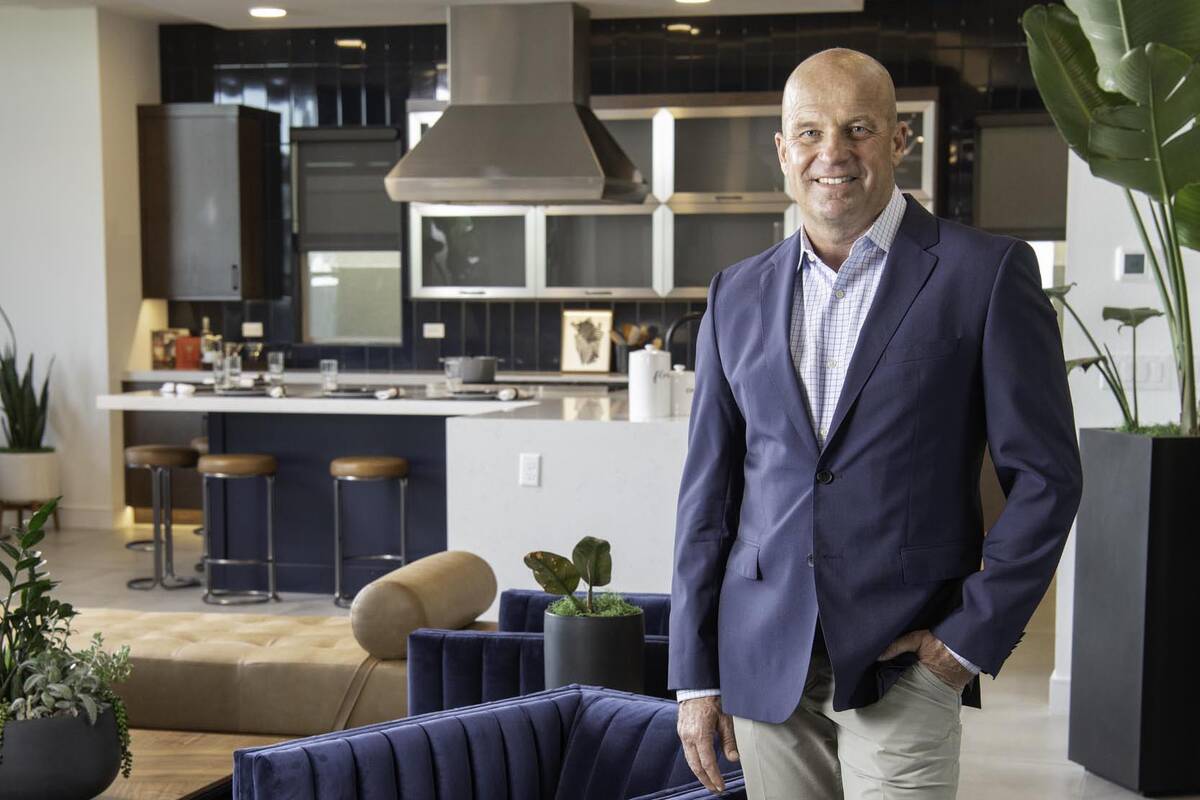 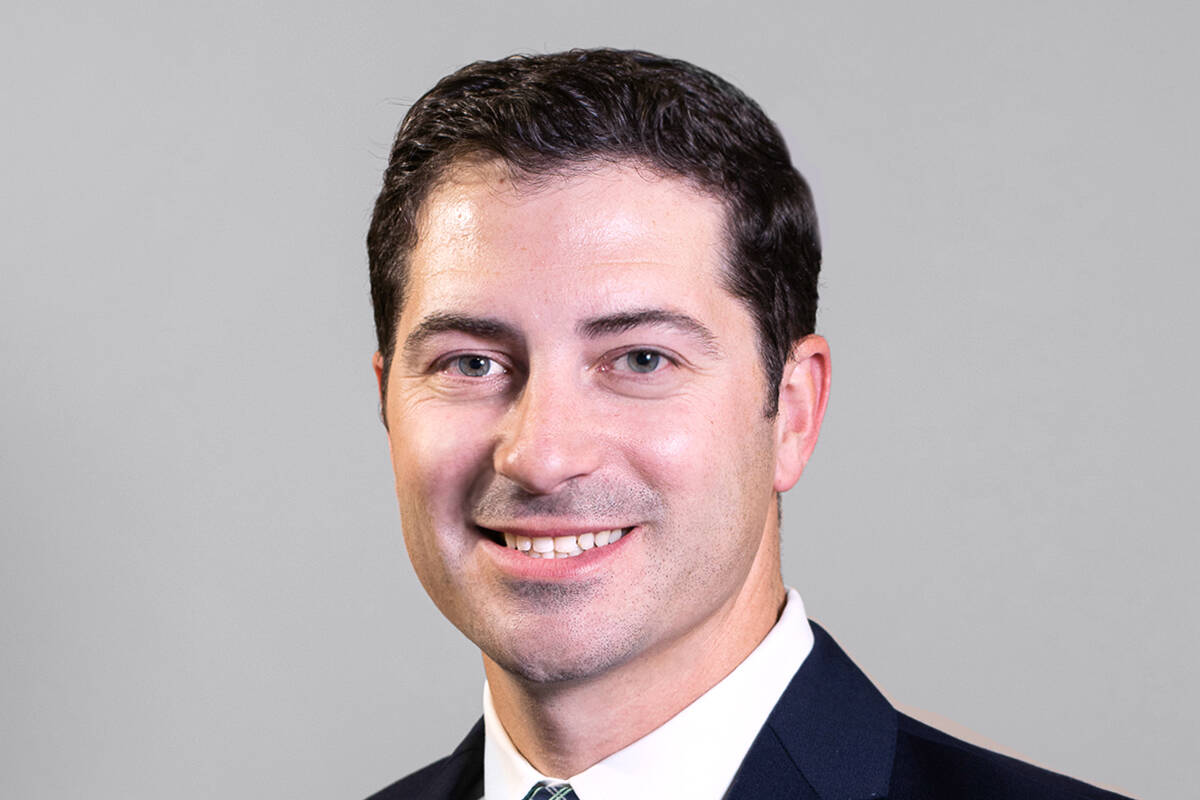 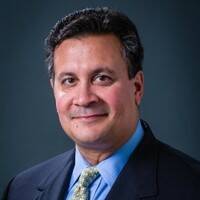 Despite rising prices, Las Vegas homebuilders sold their highest number of homes since 2006 but shortages in labor, materials and land will continue to put a cap on growth in 2022 despite strong demand, industry insiders say.

And at least one homebuilder says it will eye an expansion in Pahrump this year, to focus on more affordable markets and tap into the avilable land here.

“It was a very successful year and historic in terms of sales and permits,” said Andrew Smith, president of Home Builders Research. “If it wasn’t for all the delays and supply chain issues, it would have been even better.”

As for how 2021 ended as COVID cases increased, Smith said the housing market continued to perform well even though traffic looking at new homes was 25 percent lower than the first half of the year. Net sales were the lowest of the year but still higher than November 2019 prior to the pandemic.

“This year has been a wild ride,” said Luke O’Loughlin, director of sales at Richmond American Homes. “At times we didn’t know what to expect and there were times we were shocked how much demand there was overall. We had a tremendous year in sales and a healthy year in sales when we saw somewhere between 20 percent to 25 percent in price increases.”

The demand was so strong some builders had to implement wait lists and lotteries.

While 2021 was a strong sales and permit number, Nat Hodgson, CEO of the Southern Nevada Home Builders Association, said it could have exceeded 16,000 and approached 20,000 if there were enough workers, a better supply chain and available land.

That problem isn’t expected to be corrected anytime soon, and the number of sales in 2022 will probably be close to 2021, Hodgson said. In part, that’s because there’s a build up of permits in the pipeline already with Home Builders Research reporting 13,774 in Southern Nevada issued through November, a year-to-date change of 3,365 or 32 percent.

“It’s been a banner year,” Hodgson said. “I remember 19 months ago we thought it was crashing and life was over and four weeks later we were starting up and growing again. When you say the industry is cyclical, that’s an understatement.”

“The demand is greater than the supply for sure,” added Klif Andrews, division president of Tri Pointe Homes. “We can’t build as many homes as the market demands. So that is creating a shortage of homes, and I don’t think that is going to change anytime soon. I think 2022 will be very similar to 2021 with strong demand. The only concern is whether interest rates rise later in the year and slow things down.”

The continued influx of buyers from California and other states and millennials looking to turn from renting to purchasing is fueling the demand and with it price gains.

Some 14 new product lines opened by builders in November. These offerings brought 1,144 new lots to the market. The average base price for plans within these communities is currently $576,376 with an average size of 2,602 square feet and an average price per square foot of $230, Smith said.

“I think it was a really strong market year, but I think supply chain and labor shortages probably kept us from being able to build and sell as many homes as we would like,” said Rick Barron, president of Signature Homes and immediate past president of the Southern Nevada Home Builders Association. “I think controlling costs is the big factor right now. Prices of homes have gone up, and it’s not all just demand-related. A lot of it has to do with other costs, as well.”

Signature started a community in the southwest valley 18 months ago for entry-level homes priced at $340,000 to $380,000 but now have a base price of $405,000 because of rising costs of materials and labor, Barron said.

“That made a complete change on who our buyer profile was,” Barron said. “I am very concerned as a local resident and somebody who has been brought up here in the valley, I don’t want to have to charge more than people can afford. Unfortunately, it’s had an impact. I’m still hearing from builders that roughly half of the buyers are from out of state. The idea of them coming from markets that are more expensive is that they’re not as worried about paying as much. It’s not impacting them.”

In January 2011, nearly half of the active new-home communities had an average base asking price under $200,000, and there was only a single project with an average base price over $750,000, according to Home Builders Research.

Part of the ongoing problem meeting the supply at an affordable cost is available land, Barron said. There’s more homes in production because it’s taking longer to build them, thus depleting some of the pipeline.

“I can see builders scrambling to see how they can make 2022 work in similar numbers or with some potential growing in closings,” Barron said. “We got out in front of ourselves. The community count has come down probably about 5 to 7 percent.”

For private builders like Signature, Barron said it’s about finding smaller land deals and pieces that have been passed over by others. Large public builders are now facing competition for land from the build-to-rent market such as American Homes 4 Rent and others. They were outbidding public builders by 10 percent in recent public auctions, he said.

A lack of land is forcing more builders to look at outlying areas to build like Pahrump, seek out lots in Las Vegas they haven’t looked at in the past and eye increasing density of single-family homes and town homes, Barron said. Home Builders Research reported town home sales made up 19 percent of the market in 2021, up from 17 percent in 2020. It was 12 percent in 2018.

“Hopefully, it will lead to more interesting design and what they’re bringing to the market to bring affordability back,” Barron said. “I’m a fan of microlots and smaller lots and patio homes. In the mid-2000s, (builders) built 10 to 12 homes an acre instead of the typical seven to eight an acre for entry-level detached products, and people were happy to live in them. They can build 12 to 13 an acre. Zoning boards have to recognize to get those things to market that NIMBYISM (not in my backyard-ism) shouldn’t apply.”

At Richmond American Homes as a way to focus on affordability, O’Loughlin said the company is branching out to Pahrump in 2022. That will create more options for buyers after already having a presence in Mesquite, he said.

“One of the things we’re excited about continuing to hammer home is affordability,” O’Loughlin said. “You’ll see more attached products and branch off to Pahrump and roll out new product lines.”

To deal with demand and also help with affordability, Richmond American developed a strategy to have customers avoid wait lists and lotteries that other builders implemented because of demand and supply-chain issues.

The builder started ordering materials ahead of someone purchasing, dictated the floor plan and options on the lot while allowing for the buyer to come to the home gallery and personalize it. They call it pre-plotting, O’Loughlin said.

Andrews said the demand for new homes remains strong across all price points even though the market is challenging with supply-chain issues and construction cost increases. The pandemic may have accelerated that trend even more, he added.