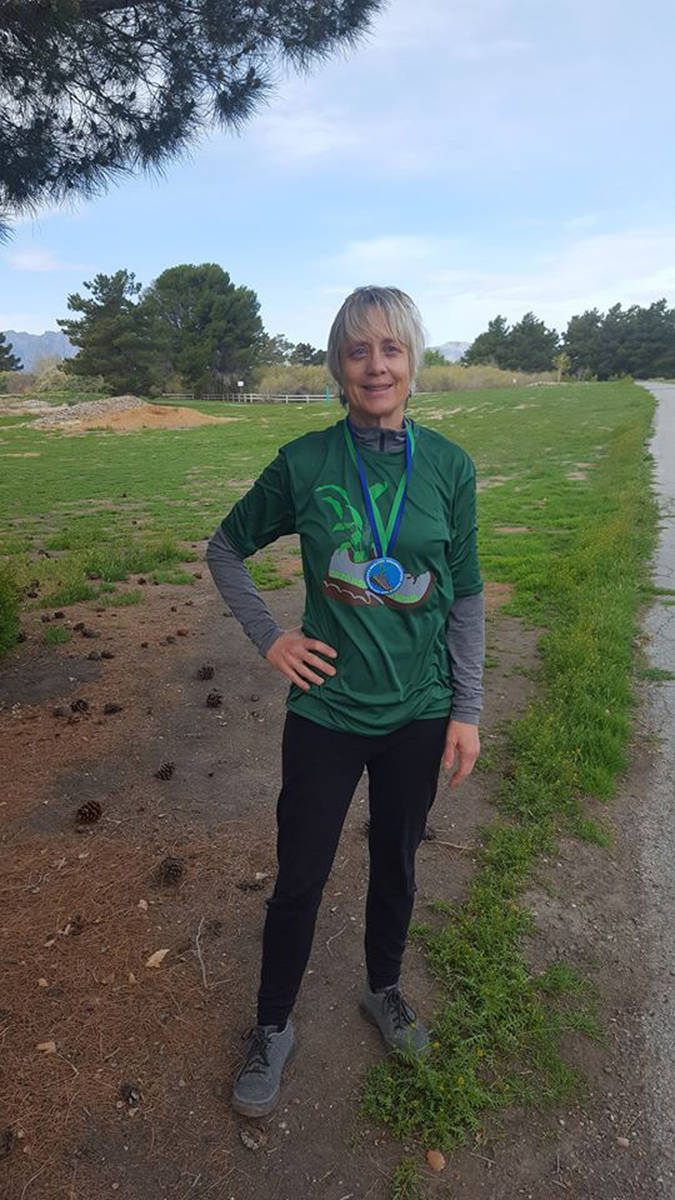 Special to the Pahrump Valley Times NyE Communities Coalition program manager Tamalyn Taylor was one of 555 participants in the 2020 HOPE Run, taking part from Discovery Park. This year's event will also be held virtually. 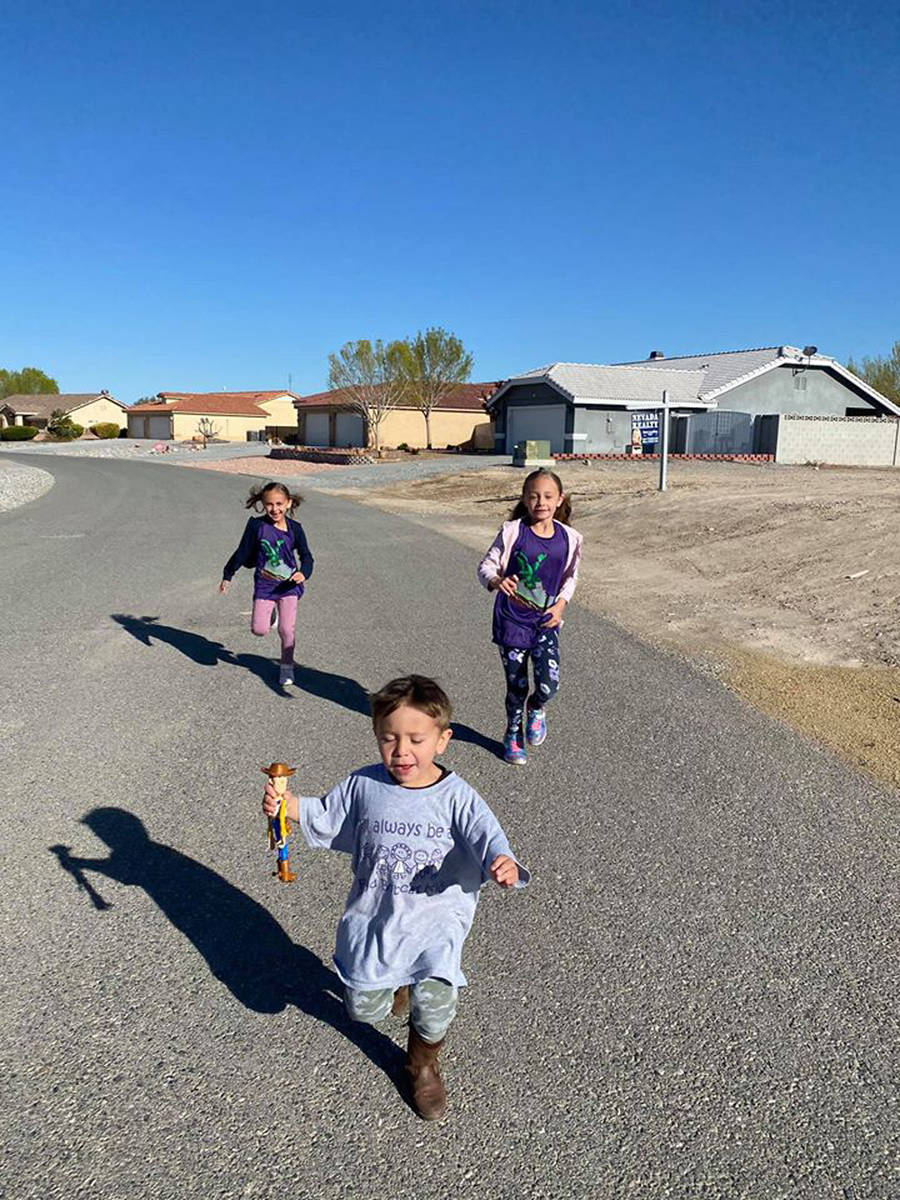 Special to the Pahrump Valley Times Dashing up and down the streets in their neighborhood, Jessica Irelan's three kiddos, Emma, Paisley and Joshua were obviously delighted to take part in the 2020 HOPE Run.

Hosted each year as a method of raising funds to support its various prevention and education programs, the HOPE Run invites the community to come together for an event dedicated to inspiring people to have fun while being active.

In years past, the HOPE Run has been held as an in-person event, with hundreds of participants gathering in the early morning hours and taking to the streets to walk, run and stroll together but in 2020, all of that was forced to change.

With the COVID-19 pandemic sweeping across the United States and mitigation measures put in place to attempt to curb the spread of the virus, the future of the HOPE Run was in jeopardy. Event organizers, however, were simply not going to allow the event to fade away. With ingenuity and quick thinking, they seamlessly pivoted to turn the in-person event into a virtual one and the result was an incredibly successful 12th Annual HOPE Run.

Though case numbers and infection rates are on a downward trend, the COVID-19 pandemic is by no means over and so the 13th Annual HOPE Run is to be held in the same format as last year’s, with participants able to take part virtually. In 2020, the HOPE Run was hosted on the social media platform Facebook but this year, the coalition has selected a new platform called My Virtual Mission, which will offer a more robust and in-depth view of the event as it unfolds.

The 13th Annual HOPE Run will officially kick off on Saturday, March 20 and will continue over the course of two months, concluding on Thursday, May 20. It’s being called “A Virtual Journey Across Rural Nevada” and the virtual format means that participants can take part from just about anywhere, from their own neighborhoods to community parks to the wide outdoors and Nevada’s many well-loved hiking trails. Participants are encouraged to use the opportunity to not only get outdoors and exercise but to explore the beauty of rural Nevada in Nye, Lincoln and Esmeralda counties as well. This virtual format also allows for other forms of exercise to count in the HOPE Run, including biking, yoga and more.

Registration is $25 per person and those wishing to receive an event swag bag and official event T-shirt only have a couple of days left to get their registration in. Participants who sign up by Monday, March 1 will receive a bag of goodies from the NyE Communities Coalition along with a HOPE Run shirt before the event begins. Participants who sign up between March 2 and May 5 will not be able to pick up a HOPE Run T-shirt until after May 15.

Participants can register as individuals, join an existing team or start a team of their own. Those signing up teams of 20 or more participants are able to pick the color they would like their team shirts to be.

As an added incentive this year, a raffle has been incorporated into the HOPE Run. For every $100 a participant raises, they will get one raffle ticket entered into a drawing for a one-night stay in an AirBnB in Pioche. There is also a $100 prize for youth who participate in fundraising.

If experiencing issues with My Virtual Mission, contact support@myvirtualmission.com

For more information on the event email NyECCEvents@gmail.com