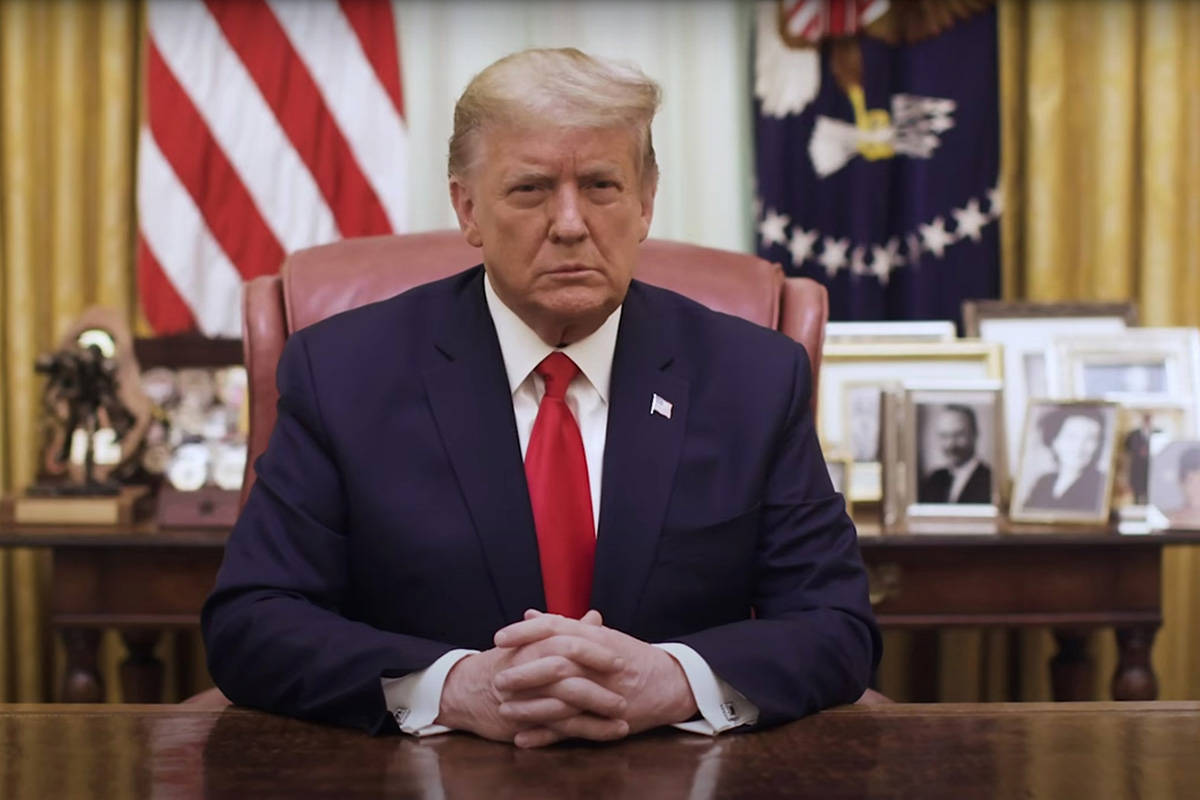 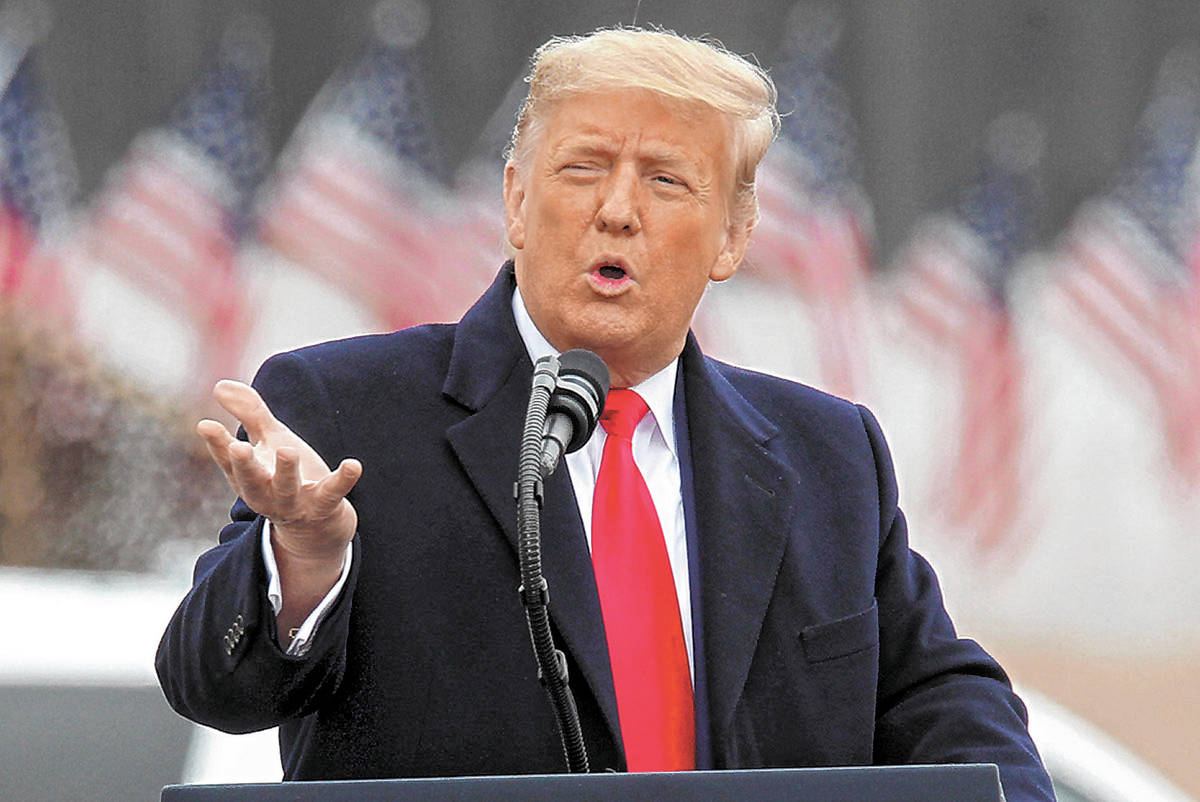 Wednesday was a low point in American history.

The House voted 232-197 to impeach President Donald Trump on charges he incited an insurrection last week, prompting a violent mob to storm the Capitol and occupy and vandalize a symbol of American democracy. Five people died in the attack.

It was the second time the House voted to impeach Trump, who becomes the only president to have suffered the sanction twice. The House impeached Trump in 2019 without a single Republican vote on charges of obstruction of Congress and abuse of office, which stemmed from the investigation into Russian ties to the Trump 2016 campaign. The Republican-controlled Senate failed to convict Trump.

“He must go,” said House Speaker Nancy Pelosi, D-Calif., “He is a clear and present danger to the nation that we all love.”

Lawmakers spent the day in debate over the historical consequences of seeking to remove a president whom Pelosi has called “unhinged.”

When the vote was finally announced, no one clapped. No one cheered. It was a somber moment.

President-elect Joe Biden, in a statement released Wednesday evening, laid the blame for the Capitol mayhem at Trump’s feet.

“This criminal attack was planned and coordinated. It was carried out by political extremists and domestic terrorists, who were incited to this violence by President Trump,” his statement reads. “It was an armed insurrection against the United States of America. And those responsible must be held accountable.”

But Biden added that the impeachment trial is but one of the Senate’s priorities.

“This nation also remains in the grip of a deadly virus and a reeling economy. I hope that the Senate leadership will find a way to deal with their Constitutional responsibilities on impeachment while also working on the other urgent business of this nation,” he wrote.

All the Democrats in Nevada’s House delegation — Dina Titus, Susie Lee and Steven Horsford — voted to impeach the president.

“Any time you do something this historic, or this dramatic you feel a sense of gravity or regret that the country has come to that,” Titus said in an interview with the Review-Journal.

But she said the founding fathers wrote the Constitution with checks and balances for a reason.

“They feared tyranny and wanted to be sure to protect our democracy, our republic and that’s what you’re seeing in action right now on the floor of the House,” said Titus, a former professor of American government at UNLV.

One of the first supporters of an impeachment resolution, Horsford, said the impeachment is not just about holding Trump accountable. He maintained Republicans who voted against certifying the Electoral College vote on Jan. 6 participated as well.

“Joe Biden will be inaugurated next Wednesday,” Amodei said in a statement.

“There is much facing the federal government right now. Vaccinations, and our economy, for sure,” Amodei said. “But first – the House agenda will deal with settling political scores and the politics of revenge. And it’s being done with unprecedented haste.

“Why is haste an issue? Because exactly who did what at the Capitol last Wednesday is an investigation that is just beginning. We know what the President did and did not say at the rally. And we sadly know what transpired shortly thereafter,” he said.

The House impeachment vote took place during a day when law enforcement issued warnings about the potential for new attacks and civil unrest, and noting partisan tensions are still high.

The debate in the Capitol took place under tight security. Nearby roads were blocked for the Jan. 20 inauguration, and 2,000 National Guardsmen were stationed outside and inside the Capitol.

Lawmakers were forced to pass through metal detectors to reach the floor.

As House members spoke, Trump released a statement from the White House calling for “All Americans to help ease tensions and calm tempers.”

“In light of reports of more demonstrations, I urge that there must be NO violence, NO lawbreaking and NO vandalism of any kind,” Trump said.

But even as many in the GOP dismissed the impeachment as a futile exercise with just a week to go before the president leaves office, some Republicans called it a vote of conscience and backed the resolution.

She holds the No. 3 GOP leadership post in the House and is the daughter of former Vice President Dick Cheney. She said Trump “summoned the mob, assembled the mob, and then lit the flame of this attack.”

She was immediately called on by some Republicans in the House to step down from her leadership position.

Meanwhile, Trump remained defiant this week, offering no remorse for his words or deeds that led to the destruction Jan. 6.

The president claims he was the victim of widespread voter fraud, despite the fact that 62 lawsuits filed by his campaign claiming voting irregularities, including some in Nevada, were thrown out by federal judges.

All 50 states certified their election results and Biden’s victory.

Trump said he would break with tradition and not attend Biden’s inauguration, although three of the former living presidents — Barack Obama, George W. Bush and Bill Clinton — planned to attend.

The House is expected to deliver quickly the article of impeachment to the Senate, but Senate Majority Leader Mitch McConnell told his Democratic colleagues he would not call the Senate into an emergency session to hold an impeachment trial. The upper house isn’t scheduled to return until Jan. 19.

Several GOP senators, including Ben Sasse of Nebraska, Pat Toomey of Pennsylvania and Lisa Murkowski of Alaska, have called on Trump to resign or be removed over his incitement of an insurrection.

“I want him out,” Murkowski said.

No president impeached by the House in U.S. history has been convicted and removed by the Senate, which requires a two-thirds supermajority, or 67 senators.

The House Judiciary Committee recommended impeachment of President Richard Nixon over matters related to the Watergate break in and scandal.

Nixon resigned before the House voted to impeach on articles drafted by the committee.