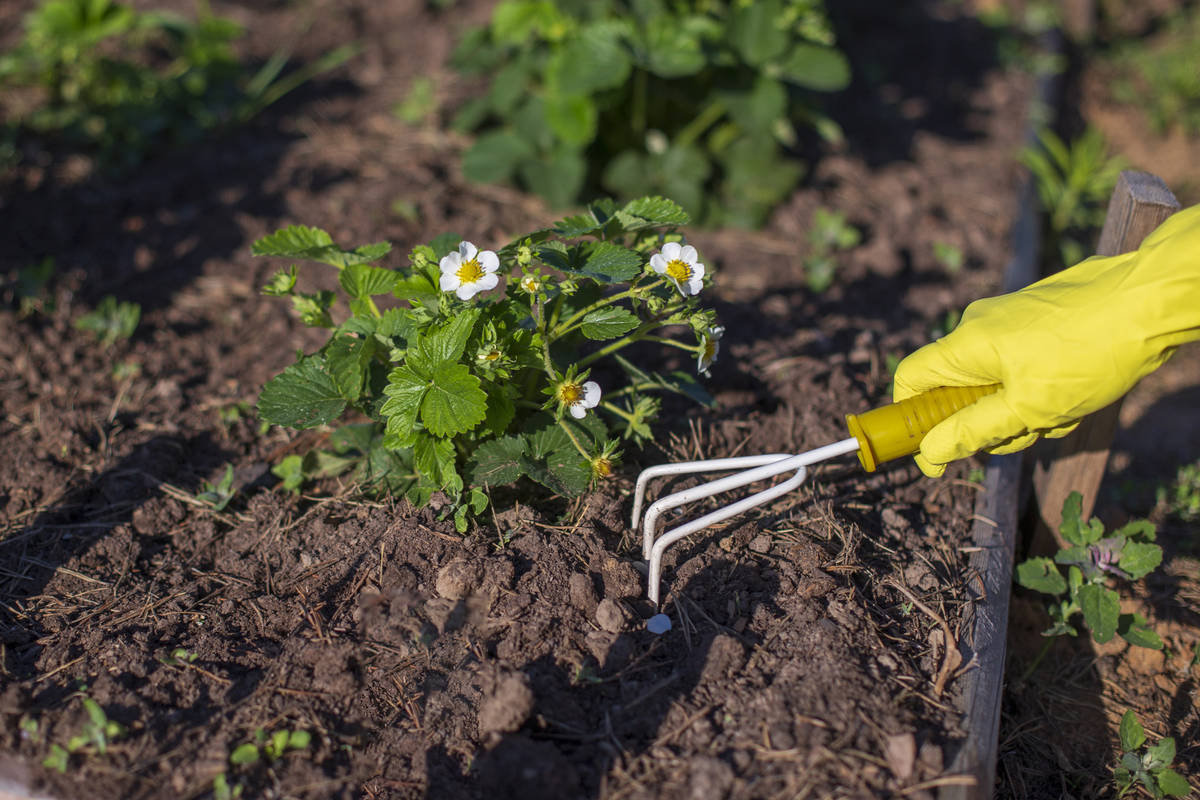 Getty Images Fall is a great time to plant strawberries. They will have a chance to get established before the chilly winter temperatures creep in.

Fall may be the best time for vegetable gardening in the Southern Nevada desert. Vegetables that took a break during the extreme heat start to perk up and produce again. If we are lucky and have a mild winter, some of those vegetables can continue to produce until the first freeze. The first freeze for Pahrump usually takes place in mid- to late-November.

Temperatures in the fall are more consistent than in the spring when we can go from 100-degree days to 40-degree nights in just a few hours. Fall brings less wind than spring as well. The key to success in the fall garden is planting the right vegetables at the right time.

Vegetables for fall and winter

Cool-season vegetables include plants that we use for their roots, leaves and bulbs. Leafy plants include lettuces, Swiss chard, kale, collards and other greens.

Plants in the brassica family such as broccoli, cauliflower, kohlrabi, Brussels sprouts and cabbage are great options for a winter garden. They need only a light covering should a freeze set in and often have an improved flavor after surviving a freeze. Leafy greens and Brassicas can all be started indoors in mid-August and transplanted outdoors near mid-September.

Bulbs that we consume include onions, garlic and leeks. It is best to plant these directly into the garden in mid-September to early October rather than trying to start them indoors. Bulbs do not transplant well.

Root crops consist of carrots, beets, parsnips and radishes. I also grow potatoes in the fall and winter, though it can be hard to find seed potato at this time of year. I find organic potatoes from the grocery store to work well, especially the red skinned varieties. Like bulbs, it is best to direct seed root crops into the garden rather than transplanting them from mid-September to early October.

Herbs for a fall and winter garden include cilantro, parsley, dill, chamomile and chives. Some herbs from summer will carry over into fall but die back when a winter freeze comes; these include mint, oregano, thyme, lemon grass and lemon balm. They should emerge again in the spring when temperatures begin to warm.

Whether transplanting seedlings or direct seeding into the garden, be sure to give the plants afternoon shade as they get established. Cool season vegetables do not need as much sun as heat-loving summer crops, but they do need at least 6 hours of direct sun each day.

If you’ve had a productive season, the vines will have taken over but might appear scraggly and unkempt by the end of summer. Despite their appearance, many vegetables will continue to produce with proper care.

Indeterminate tomatoes can be cut back to about 12 inches of stem from the base of the ground if you find they are no longer producing as well as they were. Within a week or two, new growth will start to emerge. This is a good time to give the plants a heavy feeding.

Other plants such as peppers, squash and melons need minimum care. I remove dead leaves as I see them, as they do not contribute to the health of the plants.

Once temperatures drop below 95 degrees, you may begin to see more insect pressure than you did during the blazing heat of summer. Keep a close eye out for squash bugs and aphids. They thrive during the fall temperatures when the plants are at the peak of production.

Fall is a second chance to get a garden started if you missed the boat in spring. The ability to grow year-round is the reward we get for putting up with hot, dry summers. I hope you will make the most of it this year.